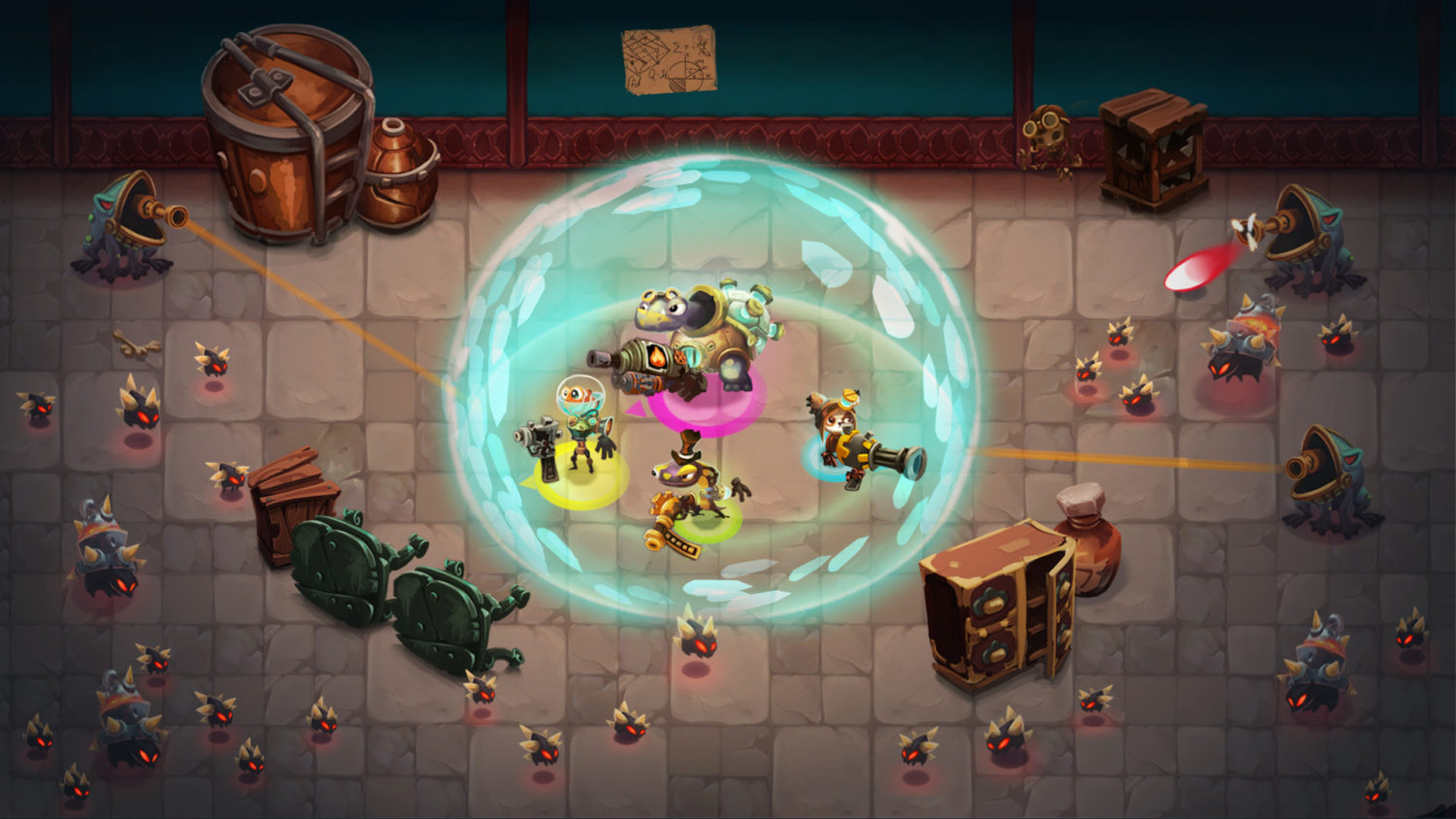 A roguelike designed for co-op play, Genetic Disaster is built for up to four players. You rampage through various levels collecting mutations that allow you to customise your character with each new run.

There isn’t much of a story to the game. But the design and the characters generate a setting that is fun even without context. You play as one of four bizarre characters, each of which comes with its own unique stats and abilities. The gameplay sees you running riot through a haunted mansion, smashing pots, throwing stools and shooting enemies to collect crystals.

You can use the crystals to upgrade your character at certain points in the mansion. If you come across a bank, you can also store them for use at the end of your run. Any stored crystals can be used to amend your characters with genetic mutations (assuming you have unlocked those mutations) for your next run. 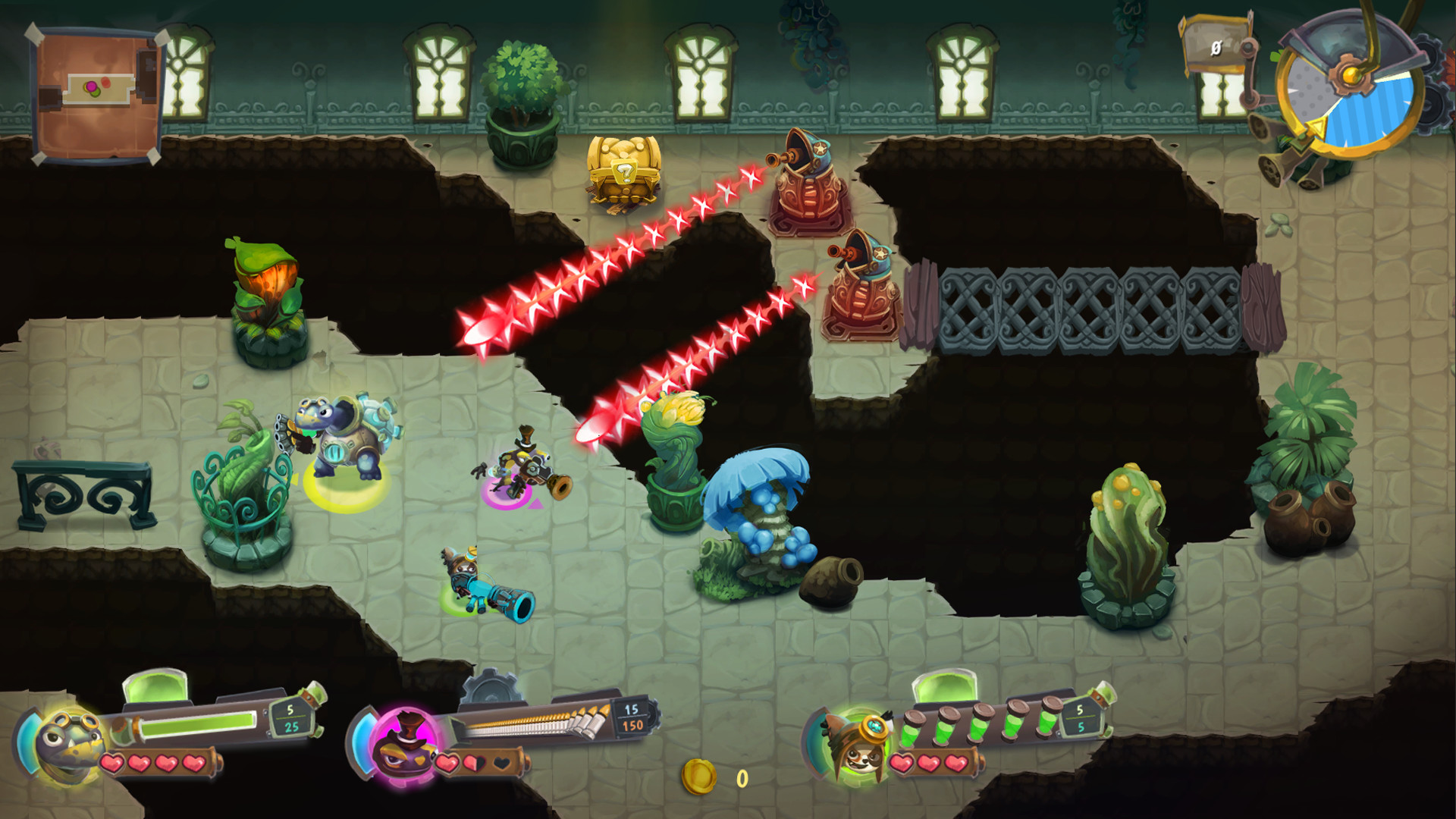 The capacity for change on each play gives the game a lot of replayability value. Between the constantly shifting map of the mansion and the extensive changes you can make to your team, it would take a huge amount of time to repeat a run.

There isn’t a tutorial, so how all of this works could be clearer. Without an explicit plot to fit these elements into, it does take some piecing together.

Technically, Genetic Disaster adapts to how many people are playing the game. However, there are some sections, which auto-generate at random, that are clearly better suited to specific characters. Even if the difficulty level is suited to the number of players, you could still be at a disadvantage through nothing but luck.

One cool feature is that you become a ghost when you die. Although you lose your weapons, you can still be useful as you are still able to attack things, albeit much less powerfully, until the room is safe enough for someone to revive you. 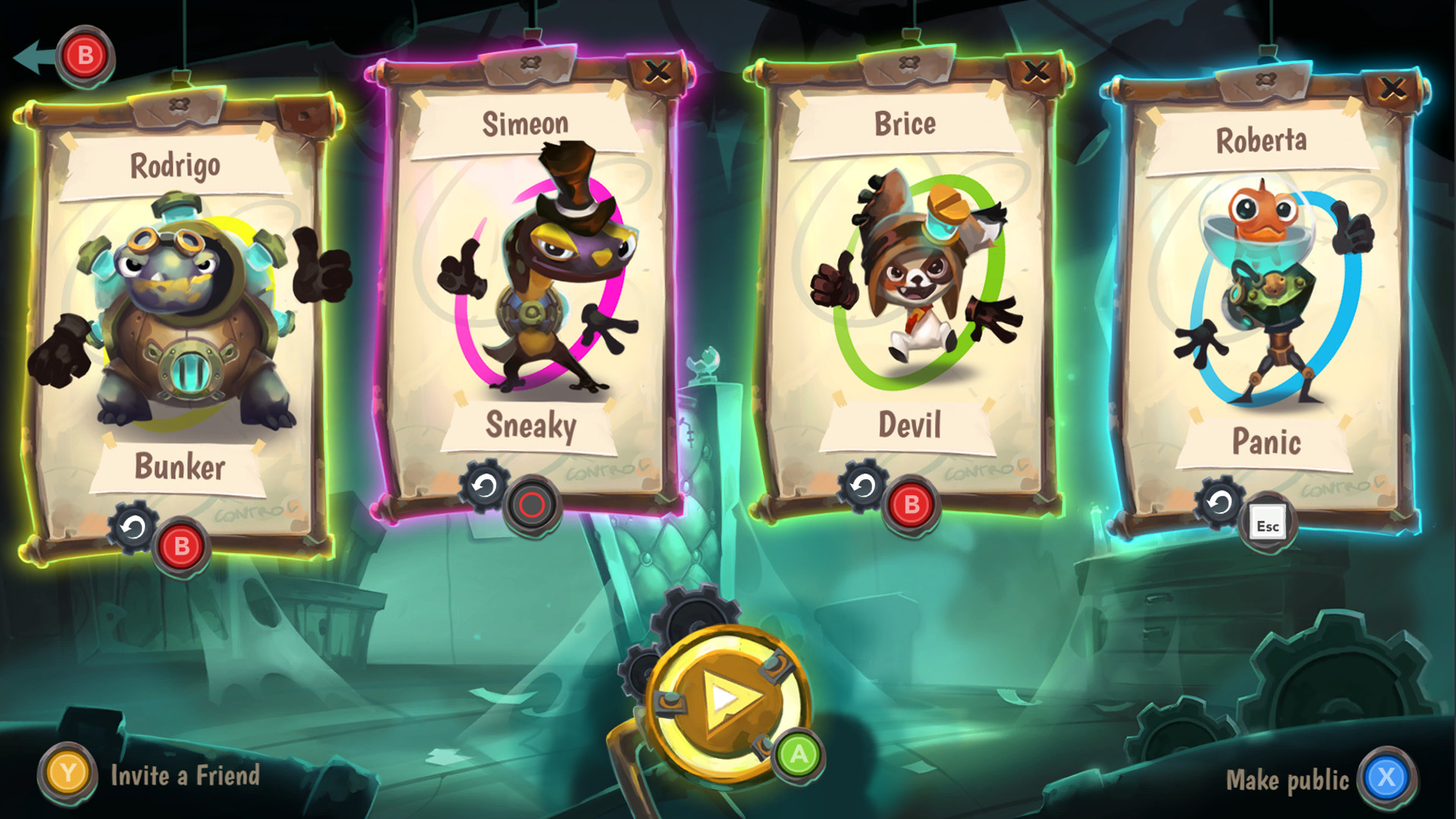 Genetic Disaster is definitely the kind of game it’s better to play with others. Ideally, you’d want a full team, and each of your players would naturally gravitate towards one of the four character options. Given how broad the Genetic Disaster feels in theory, this makes it a bit limiting if you’re on your own, especially given how far you need to get to unlock the really good stuff.

It also takes a lot of time to start collecting mutations and to gather enough crystals to use them. Obviously, if you’re the kind of player that likes that early grind, this isn’t necessarily to the game’s detriment. But it does mean that the early levels can get tired and frustrating before you make it to the exciting parts of the game that you get to make your own.

Genetic Disaster is a really cute game, with a quirky art style that lends itself well to the bizarre characters and enemy hordes. It is decently funny, offering such advice as “Want to progress? Don’t die!” It takes a while to get into the meat of the game, but if you’re prepared to put in the work in the beginning, it can be fun.

Genetic Disaster is cute and quirky and designed for co-op play, as long as you don’t mind grinding to unlock the more creative features of the game.