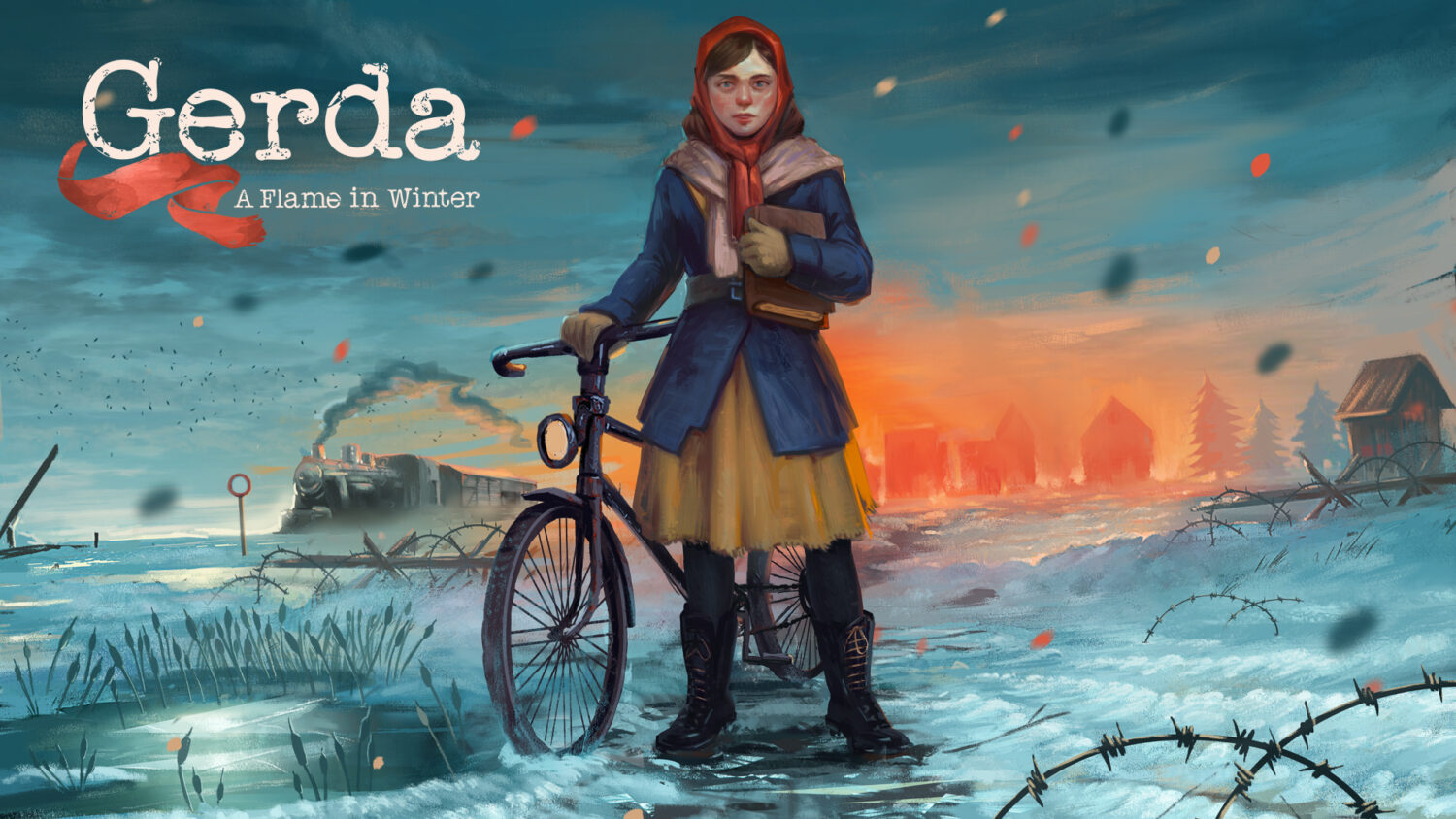 Gerda: A Flame in Winter is an interactive visual novel for the Nintendo Switch. Coupled with simple RPG elements and set in World War II, it tells the tale of an ordinary woman caught up in extraordinary circumstances during one of the most dangerous times in modern history.

It makes for a compelling story. You play the role of Gerda, a young half-Danish, half-German woman who works as a nurse. We first meet Gerda during a prologue set in 1939 before fast-forwarding to February 1945. The rest of the narrative unfolds over several days during the tail end of the war. 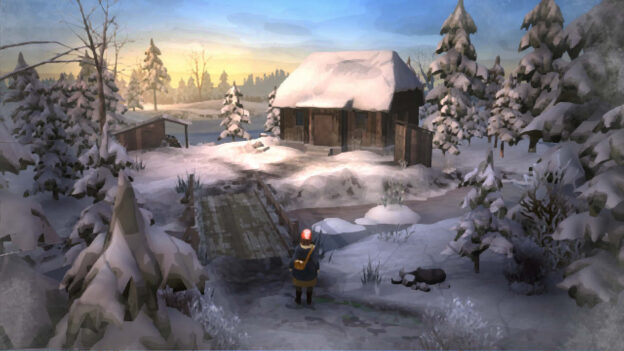 Gerda and her husband live on a farm in the Danish town of Tinglev. The once-independent village is now occupied by the Nazis and policed by the infamous Gestapo. Rations and morals are equally low, but it’s only when Gerda’s husband suddenly disappears that she finds herself thrust into the treacherous world of espionage.

Each day is broken into segments of time during which Gerda can travel to one of several locations. Occasionally, you have to choose between multiple limited-time options, meaning you can’t do them all. The ability to follow your own path is one of the most interesting aspects of the game, with every choice having a consequence. Your ultimate goal is to find and rescue your husband, but success depends on where you go, who you talk to, what you acquire, and who you decide to help along the way. 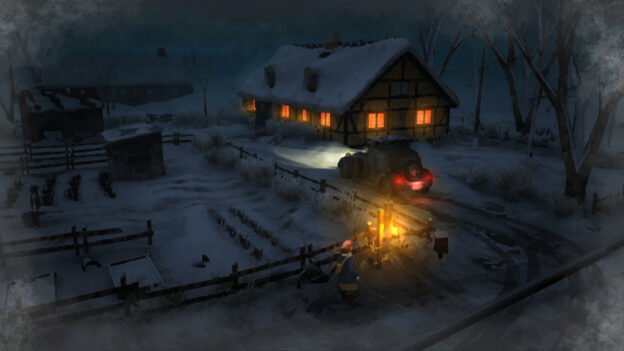 Every time you speak with someone, you’re given options that can vary the conversation and its outcome. It makes this more of a choose-your-own-adventure outing, keeping you engaged and creating a highly replayable game. Like real life, there’s no rewind button here, so each decision must be considered carefully.

Whether you’re talking to the local pastor, working at the local clinic, or being interviewed by the intimidating Gestapo, there are many unique interactions along the way. You earn points for certain decisions, leading to stronger relationships and improving your insight, compassion, and wit. Gerda can also move about her environment in each scene, choosing which elements and characters to engage with, further extending this beyond a simple visual novel. 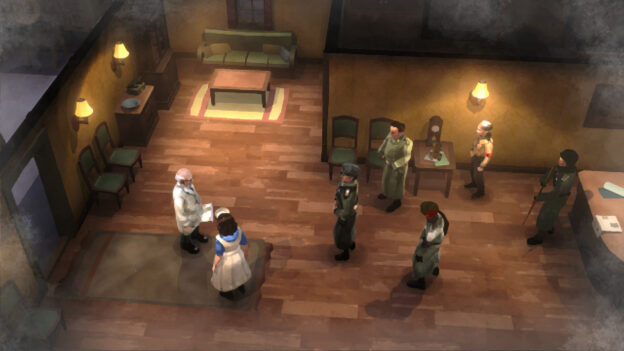 All interactive items are highlighted, however you won’t always have enough time to investigate everything. This is yet another way to affect the story’s outcome. For example, if you find medicine in one scene you can offer it to someone in pain later. This increases your compassion points, in turn opening up more dialogue options that could yield information to further your cause. It’s hard to write a good novel let alone one with so many branches, and I’m impressed with the writing on display here.

Graphically, Gerda features a soft style that looks like a painting come to life. The dreary colors and snowy environment suit the setting of a European winter, with a subdued tone to portray the bleakness of wartime. The audio must also be praised, with some excellent tunes that also enhance the mood. A twinkling piano accompanies our heroine on her stealthy investigations, while faster music plays when things become more tense. Certain locations call for more specific sounds, for example a house party with operatic music. Another area features jazz, further immersing players in the period of time.

Overall, Gerda: A Flame in Winter is a fantastic story told through an interactive novel. The well-written dialogue and varied pathways, along with some simple RPG elements, create an engaging experience that’s sure to keep players engrossed. Much like a good book, this is one game that’s hard to put down.

Gerda: A Flame in Winter is an interactive novel featuring well-written dialogue and varied pathways, coupled with simple RPG elements. Much like a good book, this is one game that’s hard to put down.