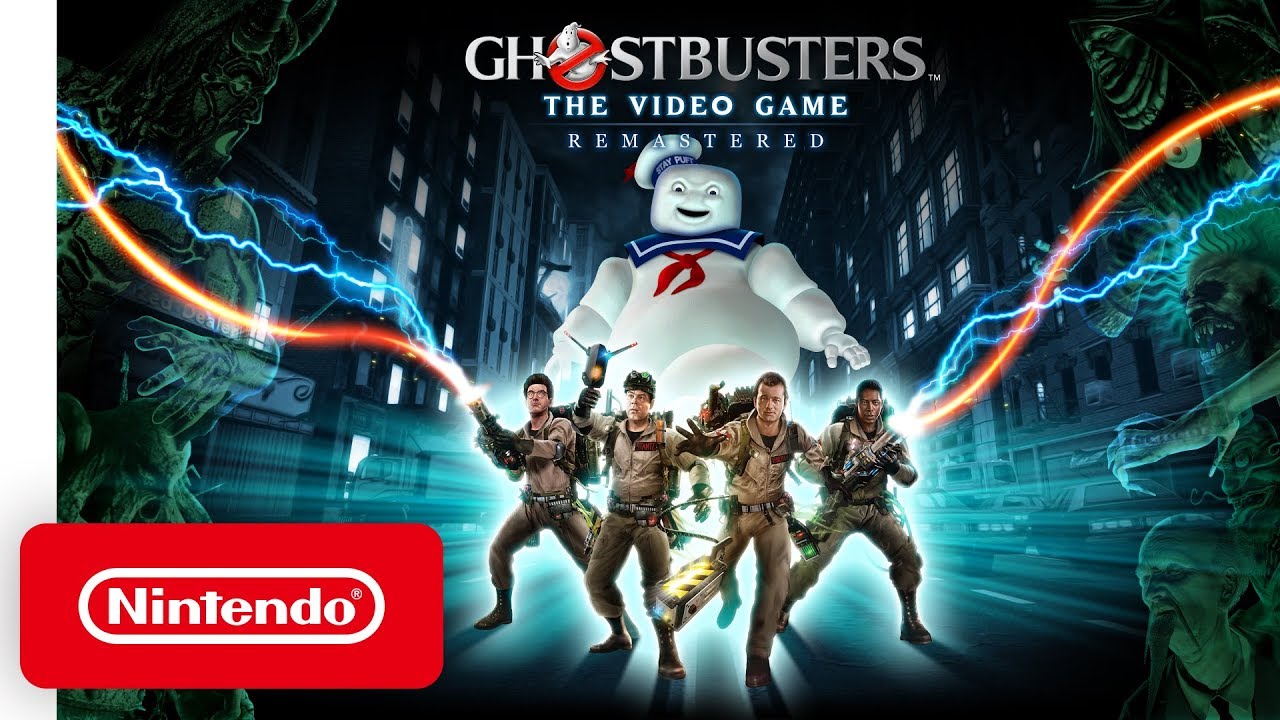 Ghostbusters: The Video Game Remastered is a remastered version of the Ghostbusters game released back in 2009 for the Wii (be sure to check out our review) and other consoles. For the 35h anniversary of the movie, it was remastered by Saber Interactive and published by Mad Dog Games.

If you are like me as much as you may have enjoyed the cartoony look of the Wii version but wanted the more life-like version that was released for other consoles. Now thankfully with Ghostbusters: The Video Game Remastered we finally have the realistic look on a Nintendo console. 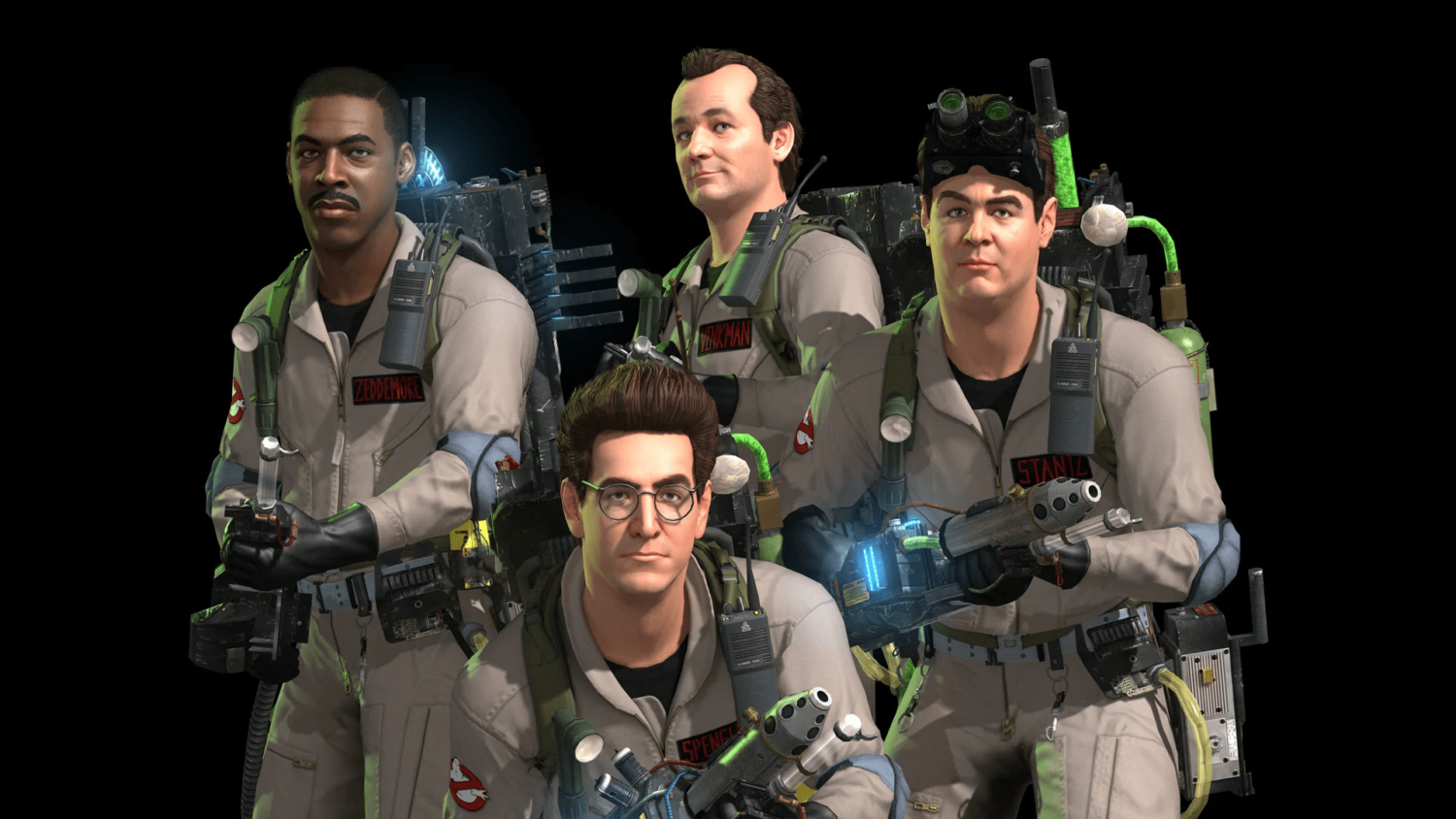 The game is written by Dan Aykroyd and Harold Ramis who were trying to get a third movie made, however, Columbia Pictures wouldn’t produce it. Eventually, Dan Aykroyd and Harold Ramis decided to take it the route of a video game. With Dan Aykroyd, Harold Ramis, Ernie Hudson, Annie Potts, and even  Bill “I don’t want to do a third movie” Murry and other supporting cast lending their voice likeness to make this video-game sequel happen. At the time when fans asked about a new movie, they were pretty much-told to play the video game. Much of the story is based upon ideas for a third and otherwise undeveloped movie script. It also acts as a link tying up loose ends from Ghostbusters and Ghostbusters II by catching such ghosts as “the “library ghost’ and other things. Although doubtful, it would be great if the upcoming 2020 movie would somehow reference this. 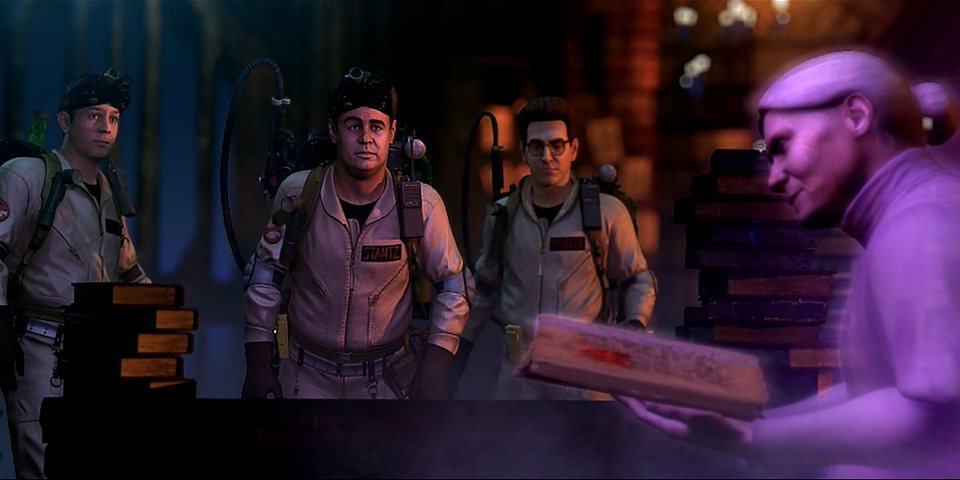 The story takes place in 1991, three years after Ghostbusters II. You will explore downtown New York as well as venture into the ghost realm. You play as an unnamed recruit. Character customization would have been nice. Your character will be referred to as “Cadet, Rookie, New Guy” etc throughout the course of the game. It’s essentially his training duty to try out untested new gear. It plays much like that of a third-person shooter, something I rarely play because few interest me. The cooling off of the proton packs acts more or less as a reload.

Starting out with your basic proton pack which shoots a blast stream that weakens the ghost in order to catch them. Once the ghost has been weakened, you use the proton pack to lure the ghost into the ghost trap. As the game goes on you get new upgrades, such as the stasis stream which is used to slow down a ghost. Don’t worry you get to use the slime blower first seen in Ghostbusters II, it is used to neutralize toxic slime.

Want to track a ghost? No problem, as you get to use the PKE meter not only to track down a hidden ghost but also find hidden artifacts. Once an artifact is found it can be found back at headquarters. Artifacts are nothing more than easter-eggs connecting the game to minor details mentioned in the movies.

For major fans of the franchise, it may feel like the game peaked early as you battle the Stay Puft Marshmallow man rather early. It was slightly disappointing to have done so early on, but after some time I realized it made headway for the story to start telling a new story rather than focus on what has already been done. At the same time, it gave fans a chance to participate in the battle against a fan favorite. 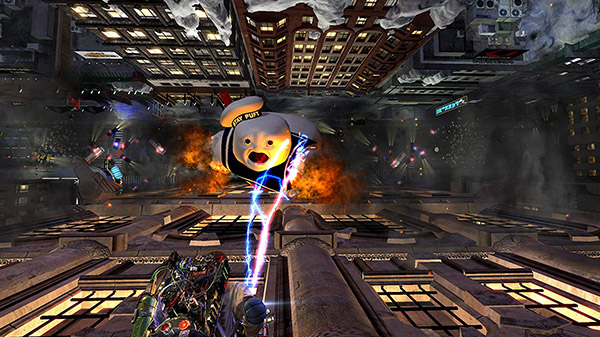 Although Ghostbusters: The Video Game Remastered does include a handful or two of ideas and ghosts from the first two movies, it does a great job of explaining things enough that someone unfamiliar with the franchise can pick it up and play. I know some may have been disappointed that new content wasn’t added to the story, but it could have been a little hard with the passing of Harold Ramis. Obviously, I am a huge Ghostbusters fan, however, putting that aside, the game is still solid in both gameplay and story and for the price of $29.99, it is hard not to recommend.

Although Ghostbusters: The Video Game Remastered does include a handful or two of ideas and ghosts from the first two movies, it does a great job of explaining things enough that someone unfamiliar with the franchise can pick it up and play.