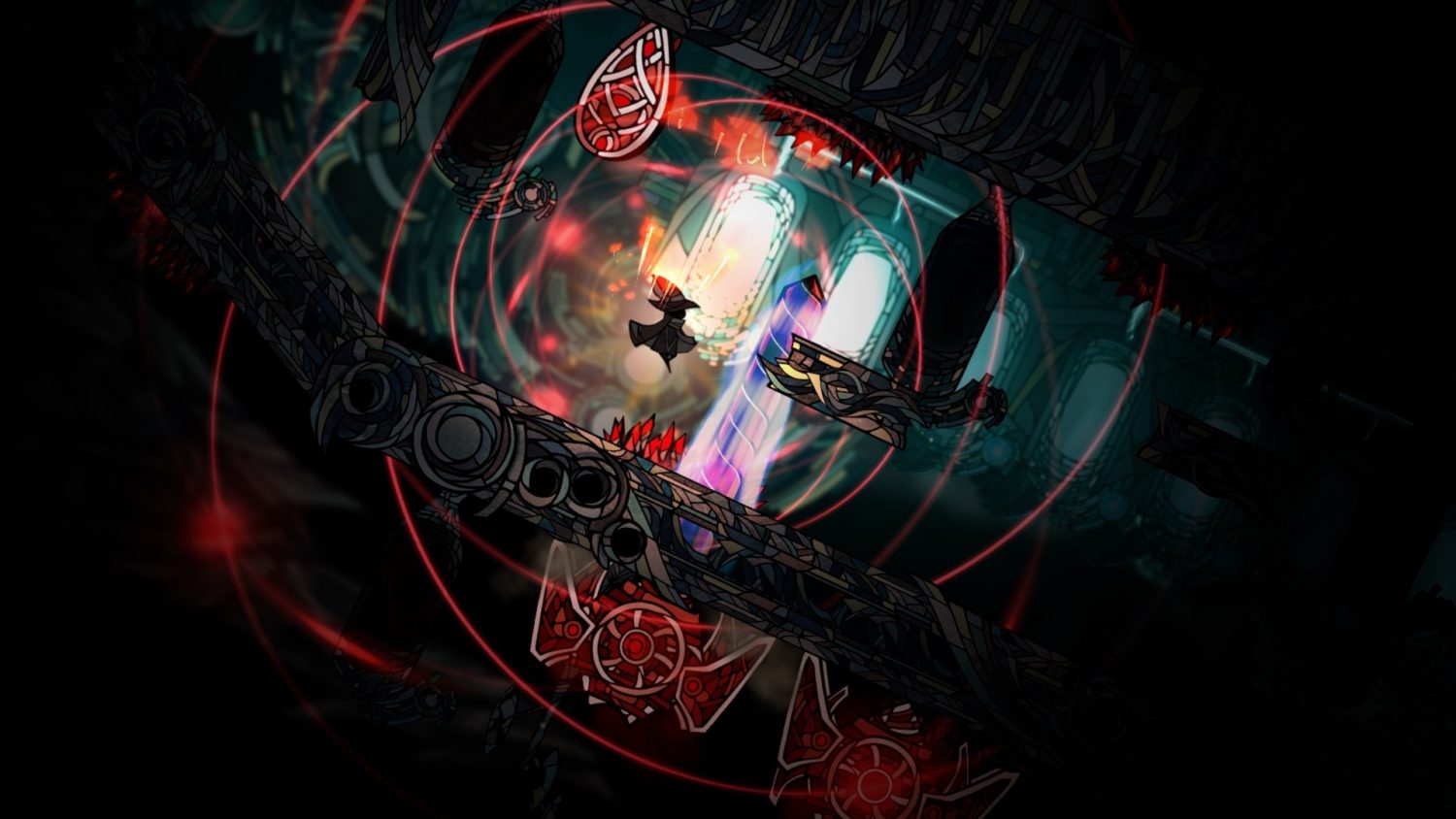 Set in a world of stained glass, Gleamlight is an ambitious game with an unspoken story designed to reveal itself to you. There is no tutorial and no instructions. The game twinkles into life and leaves you to figure it out for yourself.

Gleamlight is set in a unique world that the designers have clearly put a lot of thought into creating. Everything is made of richly coloured glass. Obstacles, plants, enemies, even the silent playable character all appear to be made of cathedral windows, with light refracting through everything you see. The gentle music matches the environment, with the clash of breaking glass shattering through the soft soundtrack every time you knock aside a barrier or slash at an enemy.

There isn’t a health bar that shows how you or your opponents are doing. Instead, light glows through you, which dims each time you take damage. When you stop shining altogether, you die. Each time you inflict damage on an enemy, its light transfers to you, so you can regain any lost health by defeating monsters. This isn’t immediately obvious but is easy enough to figure out. 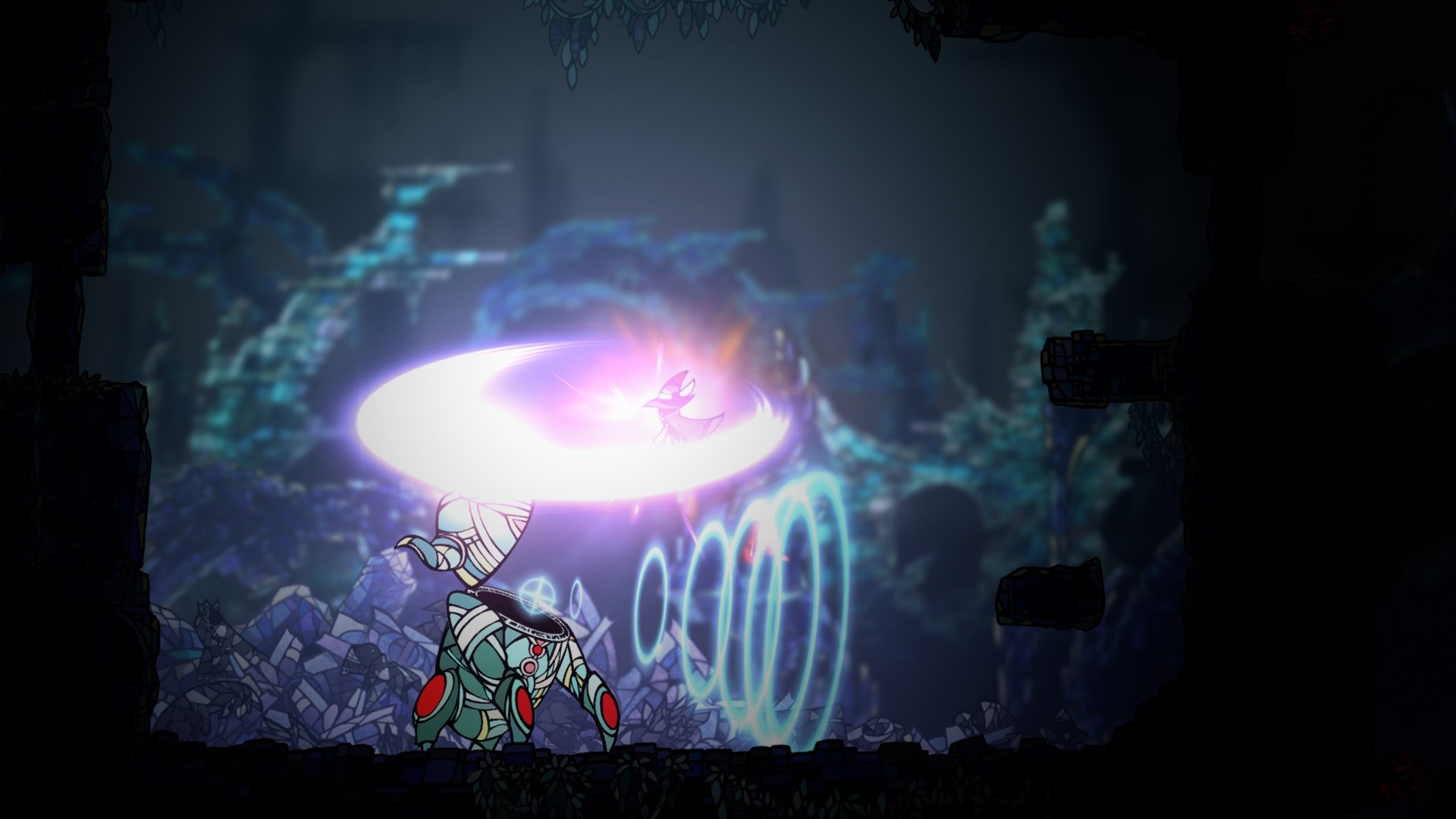 It neatly matches the stained glass aesthetic of the game, and also adds an extra layer to the fights. While smaller enemies are fairly easy to overcome, boss battles do get harder when you can barely see the monster you’re fighting.

The basic moves are fairly straightforward. Moving, jumping and attacking are easy to work out. For a long time, you don’t really have to do anything else. If you run into something that stumps you, mashing the buttons until something happens will usually get you past it.

The lack of UI is cute, but it can make some elements frustrating. For instance, it’s not clear when you’ve picked up a new skill. You might not even try to find other moves as it’s not difficult to hack and slash your way through most of the platforms. It also means that there isn’t much of a narrative to Gleamlight. While the description encourages you to piece it together for yourself, it doesn’t feel like there are many pieces there and you end up just playing for the sake of playing without a plot. 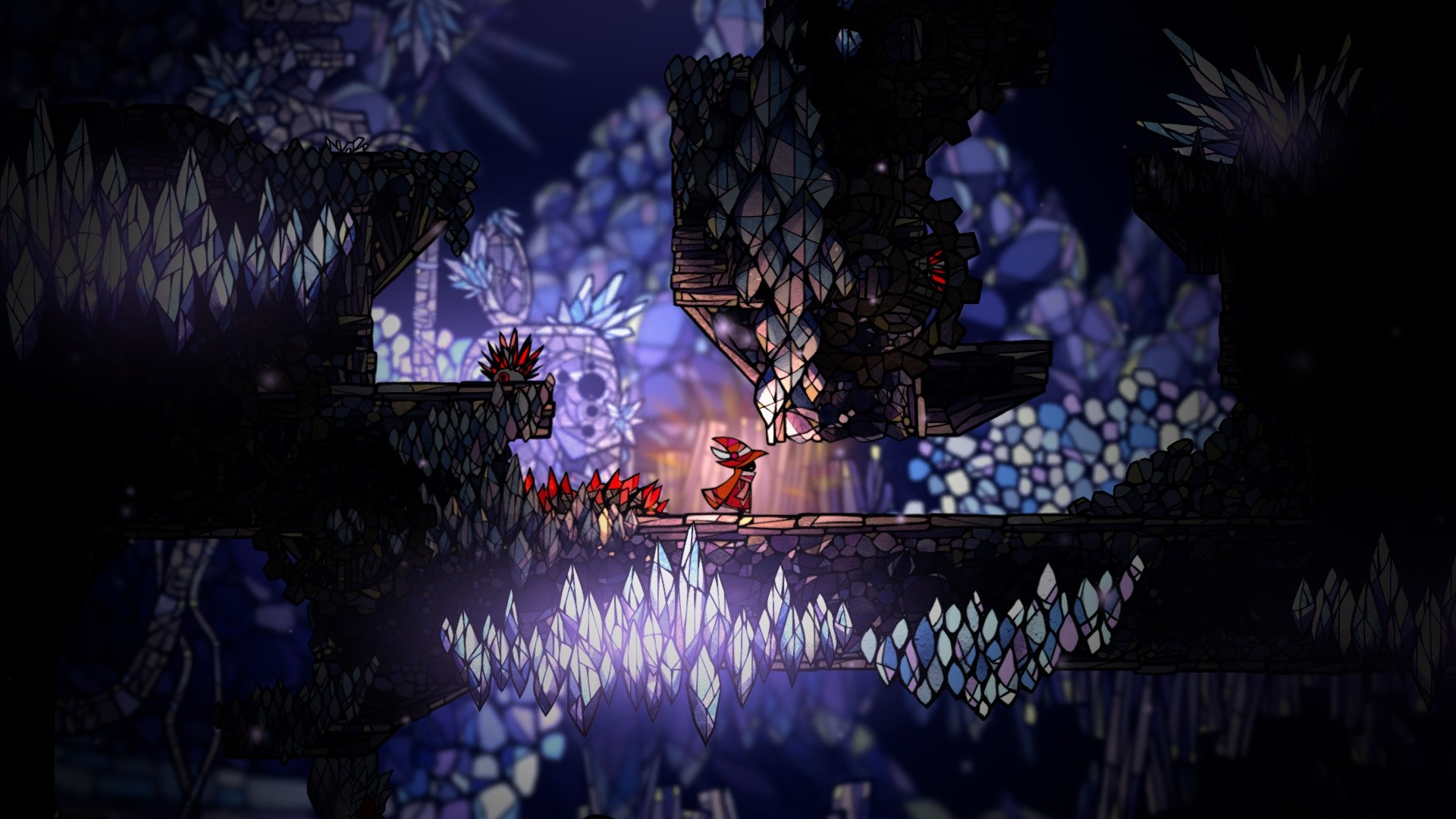 This would be fine if there was more diversity to the action, it’s not an uncommon trope of this type of game. Most of the enemies can be defeated quite quickly and even the bosses only have a handful of different moves. Gleamlight is a very simple game, with its primary focus being its aesthetic. A lot of 2D platformers are similarly simplistic, but they usually cost a fair bit less.

What is particularly unfortunate for Gleamlight is that from the start it was compared to Hollow Knight – another 2D platformer with no UI and a beautiful backdrop, which is currently about half the price of Gleamlight and has a lot more substance to it.

Gleamlight has a nice premise that definitely had potential, but it doesn’t stand out when compared to its immediate peers.

Gleamlight is a simple 2D platformer with a pretty premise but not a lot of substance to back it up.