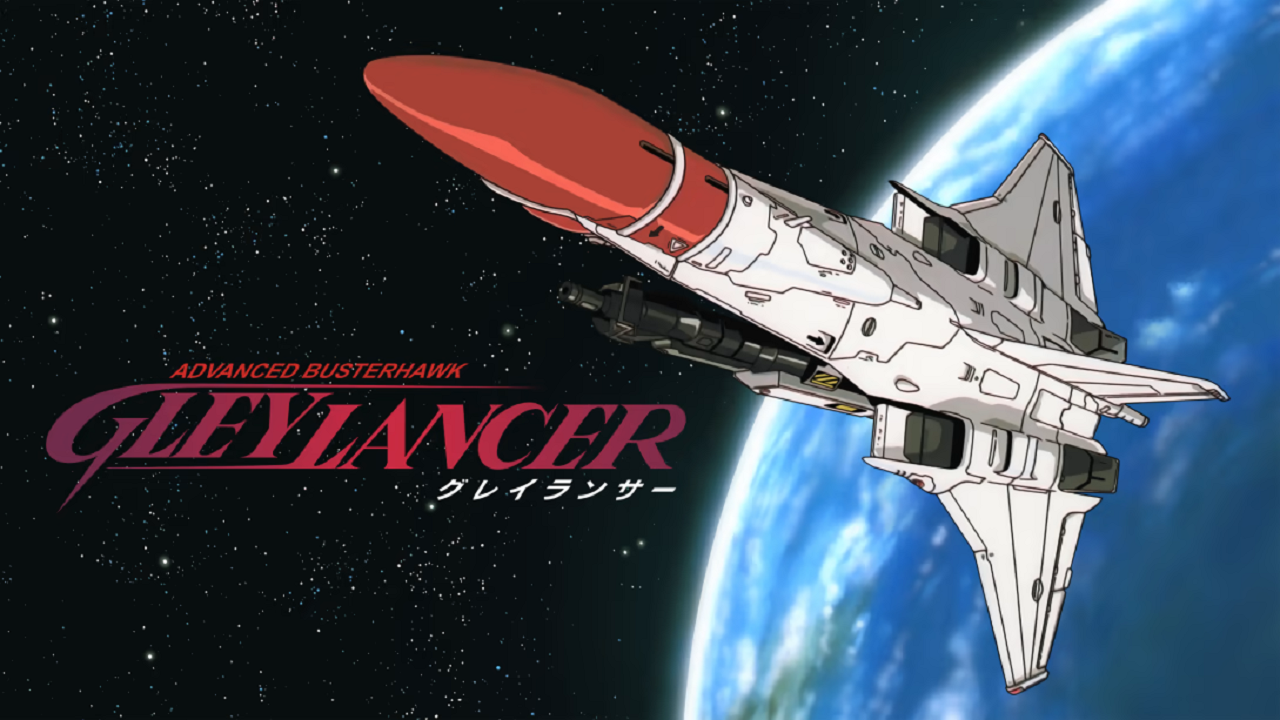 Respected but not readily available until now, Gleylancer moves from the Mega Drive and Wii Virtual Console to the Nintendo Switch eShop. It might be the best shooter you’ve yet to play.

Gleylancer takes place in the year 2025, which probably seemed far away back in 1992. When alien invaders from deep space attack the Earth Federation fleet, Admiral Cabrock’s ship gets warped to another sector. You play as his daughter, Lucia, who steals the prototype ship (the Advanced Busterhawk Gleylancer) to go and rescue him.

It’s different to see this much plot in a shmup. Unnecessary though it may be, in this case, it takes Gleylancer over and above the competition. The translated story, with cool anime cutscenes that are fun to watch, gives the game character while making it more memorable.

Gleylancer employs a mover system comprising a pair of accompanying gunners. There are seven different setups, with the gunners shooting in 16 directions (forward, behind, and rotating), and you can lock them in place. After experimenting, you’ll likely settle on ‘Search’ whose automatic targeting (even if not 100%) is just too helpful. The arranging and personalizing of the ship’s powerups give the game some unexpected depth.

In the modern version of the game (the ‘Vintage’ Japanese is included too), you can change these gunners on the fly, even aiming them freely with the right stick. While I use the latter infrequently, it gives the game a bit of a twin-stick feel and is helpful in a few tight situations. When you add adjustments between a quartet of speed settings to make yourself less of a target, it might sound like a lot to juggle. But Gleylancer isn’t as taxing as many other shmups.

That’s not to say Gleylancer is easy, but adept choices make it a first-rate pick for those less experienced with the genre. Admittedly, some aren’t needed. Why’s there the option for auto-fire when the game’s already not a button masher? Is holding a button too much, or do you need to go more passively and have the game shoot for you? But I digress. A lot of annoyances you’ll find in other shmups you won’t find here. There are fair checkpoints, good hit detection, 1-ups, and more.

Be warned that the modern version seems to default to hard difficulty. There’s also no shield, so it’s one and done with the enemies. Getting bumped by one swooping from off-screen is a likelihood at first as you learn the game. Stray bullets are also likely, and they can blend into the background on certain levels, making them difficult to spot in a firefight. I held out as long as I could before I started using the rewind function. There’s no limit on it (perhaps there should be), so use willpower with this optional aid. You might not need it for bosses, though. As unique as they are, except for stage 11, they’re pretty manageable.

The stages themselves have diversity in layout. Some have environmental hazards, such as tight quarters versus more open spaces. In these, you might find yourself navigating more slowly, gaining a chance to catch your breath, as it were. It’s not all horizontal movement, as there’s a bit of vertical and even rotational level design. Gleylancer also has threats you can’t destroy.

The diversity extends to the graphics. Gleylancer’s sci-fi surroundings benefit from parallax scrolling. Diverse colors are on display, with royal purple waters and coquelicot orange sunsets contrasting nicely with the blackness of space. My one nitpick is that there are only two borders if you’re going for non-stretched displays.

As enjoyable as the retro 16-bit visuals are, it’s the audio that’s especially left an impression. This soundtrack has some of the finest 16-bit music to ever come out of a SEGA machine. Any tunes that remind me of “Vultan’s Theme (Attack of The Hawk Men)” from Flash Gordon are winners. A music test is included, which is aces. Gleylancer is a game that’s almost as fun to listen to as it is to play, especially for players who grew up in the 16-bit era. You’ve got to love those scratchy voice samples!

If you’ve played a plethora of shmups, this game may not feel that unique, but it will feel fun! Besides the gunners, the weapon variety is a standout feature. You’ll find yourself testing weapons, and the icons actually have enough subtle differences to be recognizable. Shallow, this game is not.

Gleylancer is a deep shooter that grew from a good shmup to a great one the longer I played it. To those in the know, this clever shooter’s a tour de force, and I can now see why. It’s smooth, addictive, highly replayable, and enjoyable, with rarely a dull moment. If you’re a genre enthusiast, consider this an essential addition to your gaming library. Kudos to Ratalaika Games for publishing this, and for only $6.99. If this game had co-op, it might’ve been a 10.

Gleylancer is a deep shooter that grew from a good shmup to a great one the longer I played it. To those in the know, this clever shooter’s a tour de force, and I can now see why. It’s smooth, addictive, highly replayable, and enjoyable, with rarely a dull moment. If you’re a genre enthusiast, consider this an essential addition to your gaming library. Kudos to Ratalaika Games for publishing this, and for only $6.99. If this game had co-op, it might’ve been a 10.