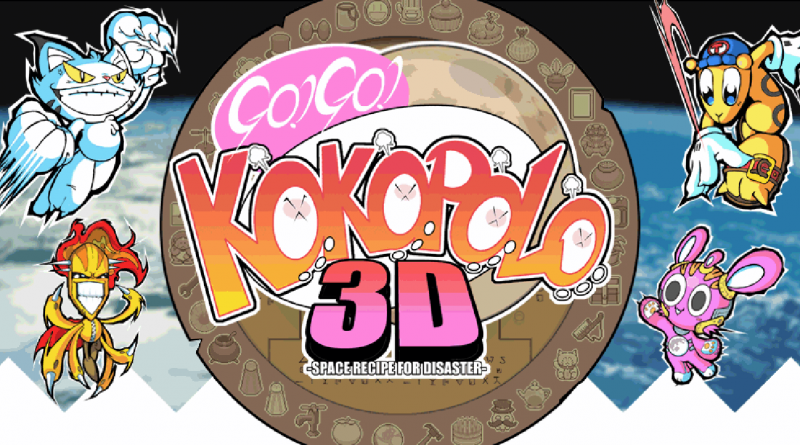 If you owned a DSi back in the day you might be familiar with Kokopolo. He made his first appearance in 2011, in a popular DSiWare game simply titled ‘Go! Go! Kokopolo!’. Now 6 years later he’s finally getting the sequel he deserves in Go! Go! Kokopolo 3D: A Space Recipe for Disaster on the Nintendo 3DS. Join this crazy wildcat and his friends Jinbe and Tatsumo on a colorful, wacky adventure to complete the ultimate recipe for immortality!

Go! Go! Kokopolo is a fun, fast-paced action/arcade game that has a neat retro look. From a top-down perspective, the player has to run through each level and defeat enemies in order to progress. But this isn’t your typical “walk up to a bad guy and hit them” game. No, you will need to swiftly run past your enemies, hit them, and have them chase you back to the goal. The goal being a carnivorous flower called a snap-snap plant, that will eat the enemies as you bring them to it. Sounds pretty crazy, right? The more enemies you get to chase you and jump into the plant, the more points you get. It will also produce treats for bonus points that you can collect at the end of each level. 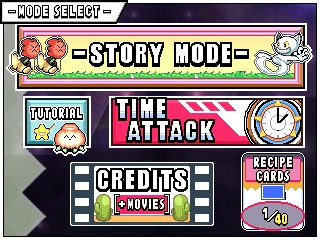 The challenge is getting as many enemies to follow you at once as you can, and making it back to the snap-snap plant. Hitting an obstacle or letting an enemy catch up to you is a big no-no. This will result in the enemies respawning in their original spots, forcing you to retrace your steps and collect them all over again. In later levels there are all kinds of traps to avoid and enemies that will grab you, paths that change and paths that you have to unlock. It keeps things interesting and creates a fun challenge for players who enjoy searching for secrets. 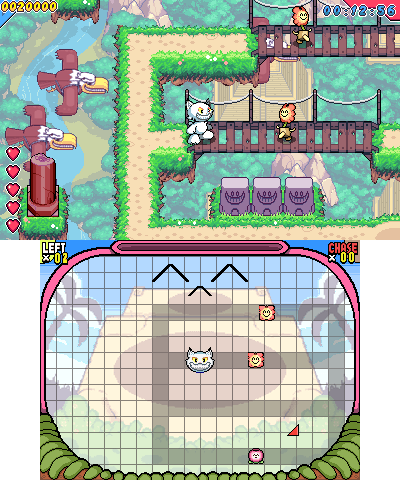 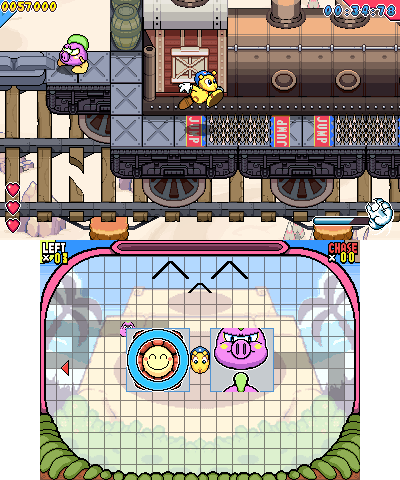 The game includes 80 colorful stages that are split up between the 3 playable characters: Kokopolo, the hyper-active lynx who loves to cause mischief; Tatsumo, a laid back Okapi and best friend of Kokopolo; and Jinbe, a peaceful spirit guardian. Each has its own personality and reason for completing the adventure. Aside from the normal levels, these wacky characters will also take on awesome boss levels that will test your wits and challenge your skills in interesting ways. 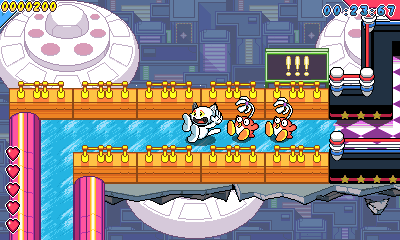 I really enjoyed the overall look and feel of Go! Go! Kokopolo. It’s packed full of great pixel art and detailed character sprites. Each level has it’s own unique surroundings, with plants and buildings and silly creatures lurking about. The music stays with the theme of the game with its fun, upbeat vibe. It’s a very pleasing, nostalgic experience that I think a lot of gamers will enjoy. Beginners will also appreciate the brief tutorial and subtle lead up to more difficult levels.

After playing Go! Go! Kokopolo for the last few weeks I can say that it’s one of my favorite games that I’ve downloaded recently. The story is simple yet intriguing and I found myself really enjoying the characters as I played. I really wanted to complete each level with a highscore and unlock everything there was to get. It’s a great game that I cant get enough of right now and I highly recommend checking it out. Go! Go! Kokopolo is now available on the 3DS eShop for the low price of $5.99. 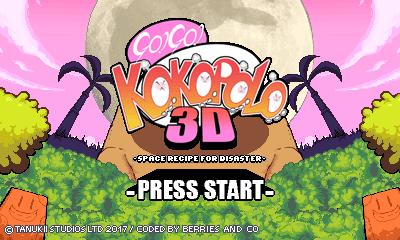 Go! Go! Kokopolo is a fun, fast-paced, arcade-style adventure that gamers of every experience level can enjoy. It’s packed full of interesting and complex puzzles that are not only fun to play, but look great as well. I definitely recommend checking it out!