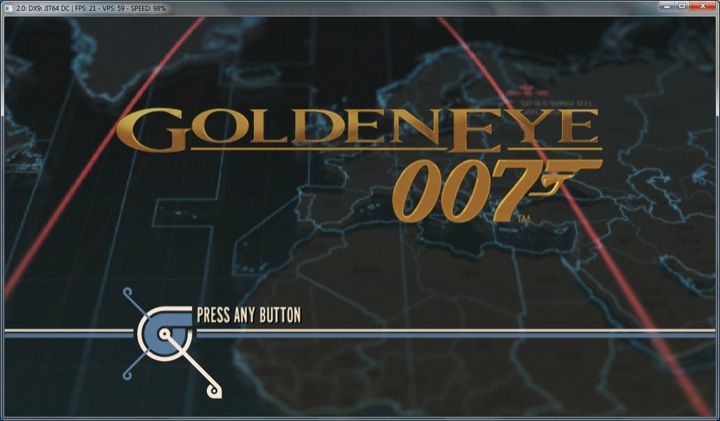 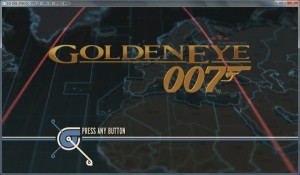 I probably don’t have to ask how many of you out there have played Goldeneye on the Nintendo 64. I would guess that the majority if not all of you have played the original Goldeneye at some point. Well, Activision and Eurocom have overcome the licensing issues and have released a follow-up/remake exclusively for the Wii/DS!

Most of you know the original storyline from GoldenEye so I’ll spare you all the details, but suffice it to say that Goldeneye for the Wii/DS follows a similar storyline to the original. It’s mostly the look of characters and the settings that have changed. All the names are the same but characters look a little different here and there. You still have the iconic Dam level at the beginning but certain areas have been replaced by more modern settings like Dubai. The core plot is the same but it’s nice to know you’re not playing the exact same game over again. 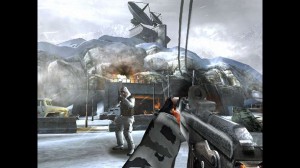 The gameplay has evolved quite a bit for an FPS on a console since Goldeneye on the 64. You can now sprint, look around using the Wii remote, and perform all sorts of melee attacks. Your gadgets have also been upgraded to more modern ones such as PDAs and various gadgets to hack turrets and terminals. As I played through the storyline, it was amazing how well they mirrored the original without doing the same thing over again. Even the cinematics helped progress the plot and the levels were pristinely implemented. The sense of a Bond game, where you could either run and gun or sneak around is also still in tact. I found myself loving the latter and trying to dispatch enemies as silently as possible. The game is also a little less linear. There are a few multiple paths here and there and can provide better opportunities for sneaking around/sniping. If you really want to, you can sneak around in almost every scenario in the game if you’re observant enough. The single-player really is worth playing through every minute. 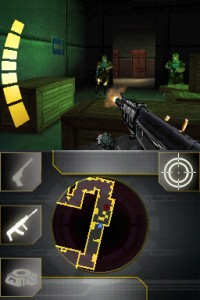 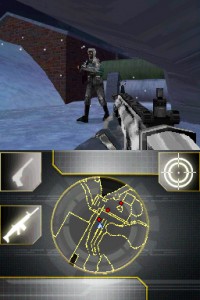 The DS version is very similar to other FPS games on the platform. You can aim by using the stylus/touch screen and movement is done with the D-pad. The game mirrors the Wii version for the most part, but doesn’t have the same level of detail obviously and levels are not quite as expansive.

One of the core reasons why the original GoldenEye was so popular was the multiplayer. Both the Wii and the DS feature local and online multiplayer modes. The DS’ is more simplistic but the Wii has a few more modes and options. You can play up to 4 players split-screen or you can play with 8 players. The levels are throwbacks to some old locales as well as new locations from the updated campaign.

Overall, GoldenEye for the Wii is a must-own. It’s simply one of the best single-player campaigns of any FPS I’ve played since the original. Combine that with some amazing multiplayer and you have a winning formula.