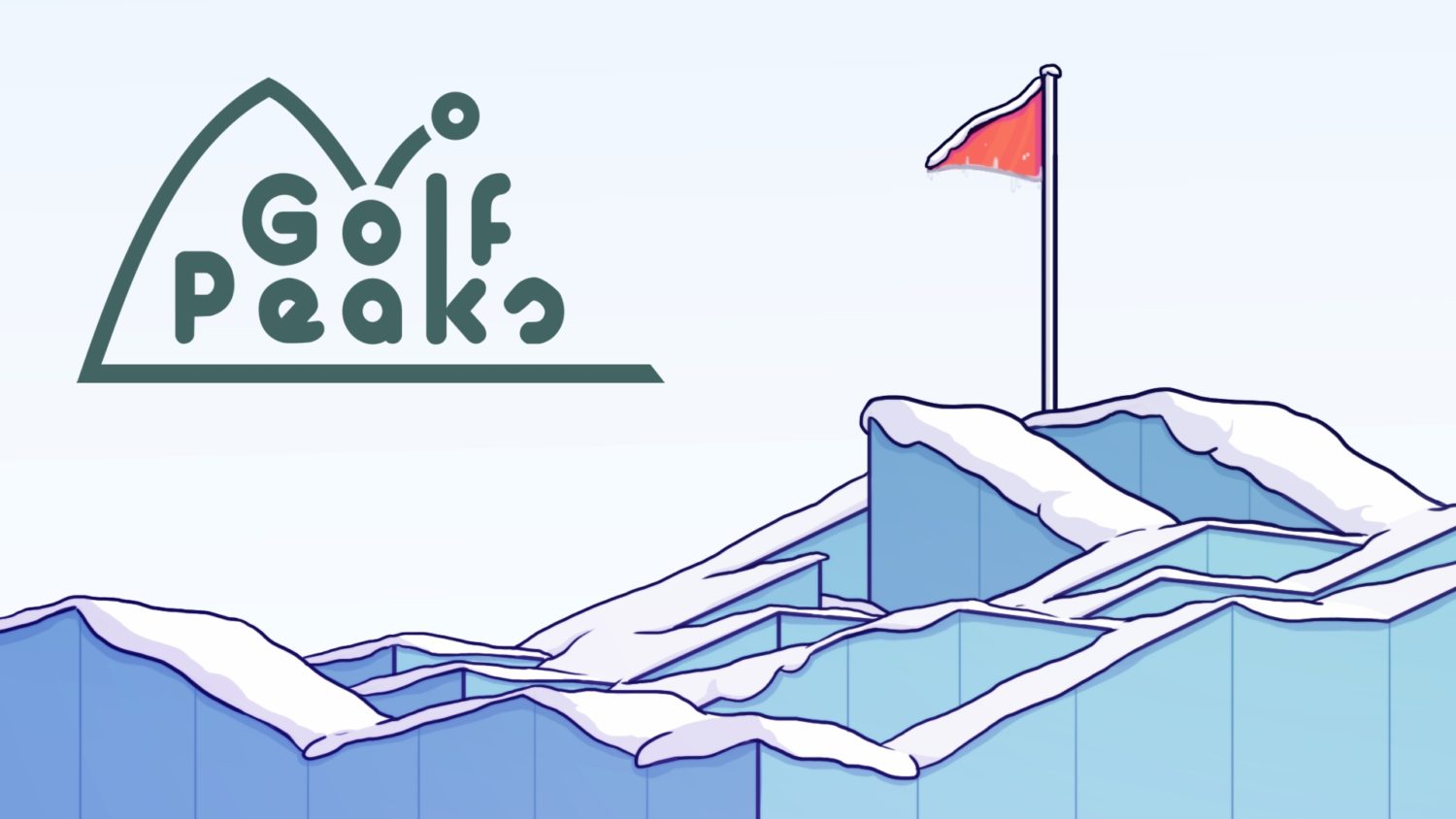 Golf Peaks is not a golf game. I point that out early because I imagine it’ll affect whether some of you bother to continue reading. It’s a bit closer to being a miniature golf game, but it’s really not even that. It’s a puzzle game that uses a golf ball and a hole. And cards. And a good portion of your brain.

Golf Peaks presents a series of puzzles—many, many puzzles—that task you with getting the ball in the hole within a set number of strokes. The holes are laid out on an isometric grid, and you can swing in four directions. As I mentioned before, you only control the direction of the stroke; distance and behavior are determined by preset cards. 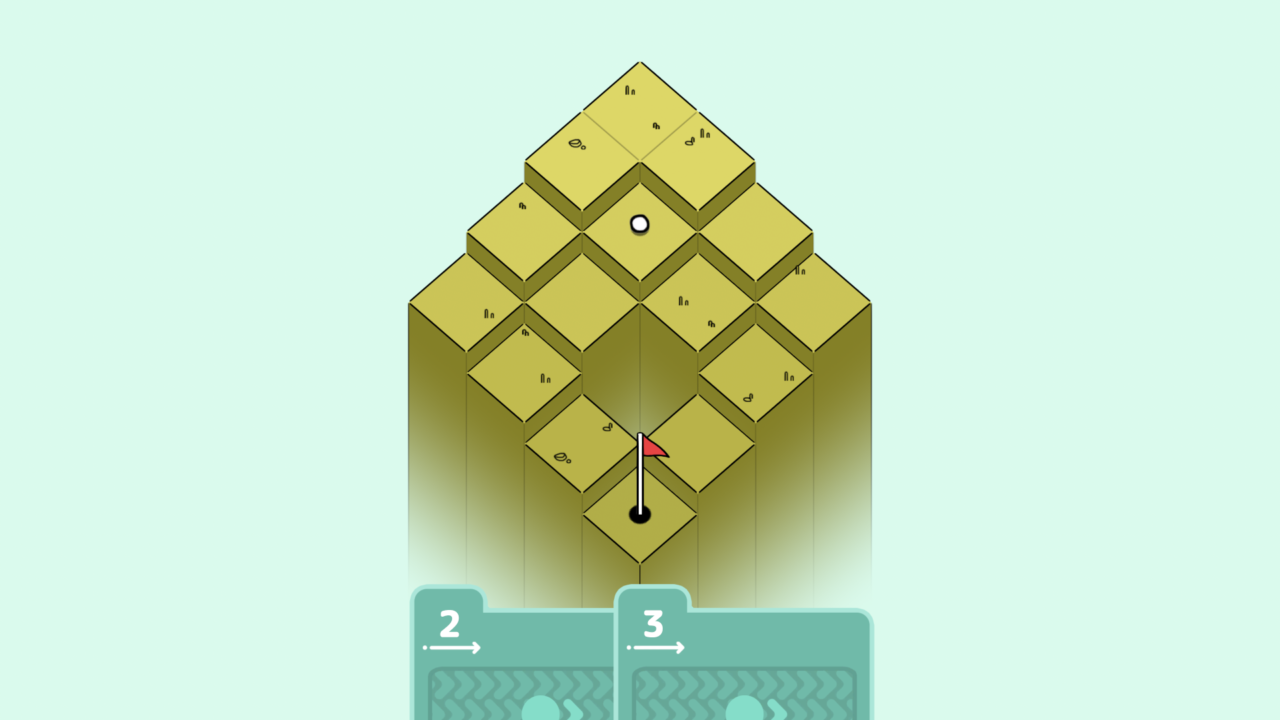 The cards will tell you how far the ball will move when you hit it (1 square, 2 squares, etc.) and whether there’ll be any extra behavior. For example, many holes will require the ball to jump over obstacles, so you’d need a card that indicates some lift (lift and move 1 square, lift and move 2 squares then roll 1 square, etc.). You determine the order in which the cards are played and which direction you’ll hit the ball.

It’s a very simply system to grasp, but a lot of thought must go into your decision. Ramps will affect where the ball stops. You’ll often need to bank shots off of walls so you don’t overshoot the hole. Myriad hazards (most of which will be familiar to golfers) will stop your ball from behaving as the cards would indicate. In some cases, not all of the cards need to be used. Whether that’s by design, or if I just found an alternate way to get to the hole, I can’t say. 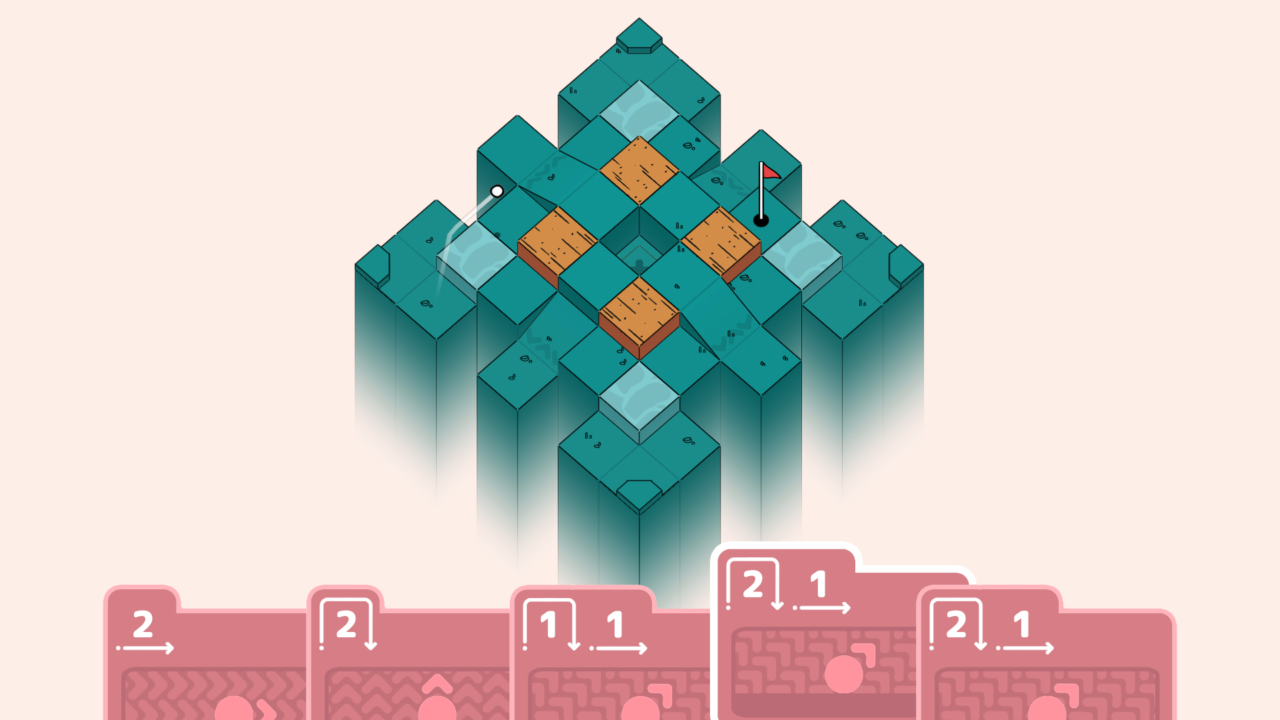 This process stretches out over 100 holes which will likely be gone before you know it. Although the later levels will require plenty of trial and error, Golf Peaks still goes by very quickly, mostly because the satisfaction of completing a puzzle will leave you wanting to immediately play the next.

Addictiveness aside, there are a couple of issues that slow the game down.

First, although the numerous holes are split into “courses” that vary by color and design, you’re pretty much looking at the same thing throughout the entirety of the game. The minimal visual and audio designs are relaxing, but it all starts to blend together pretty quickly. 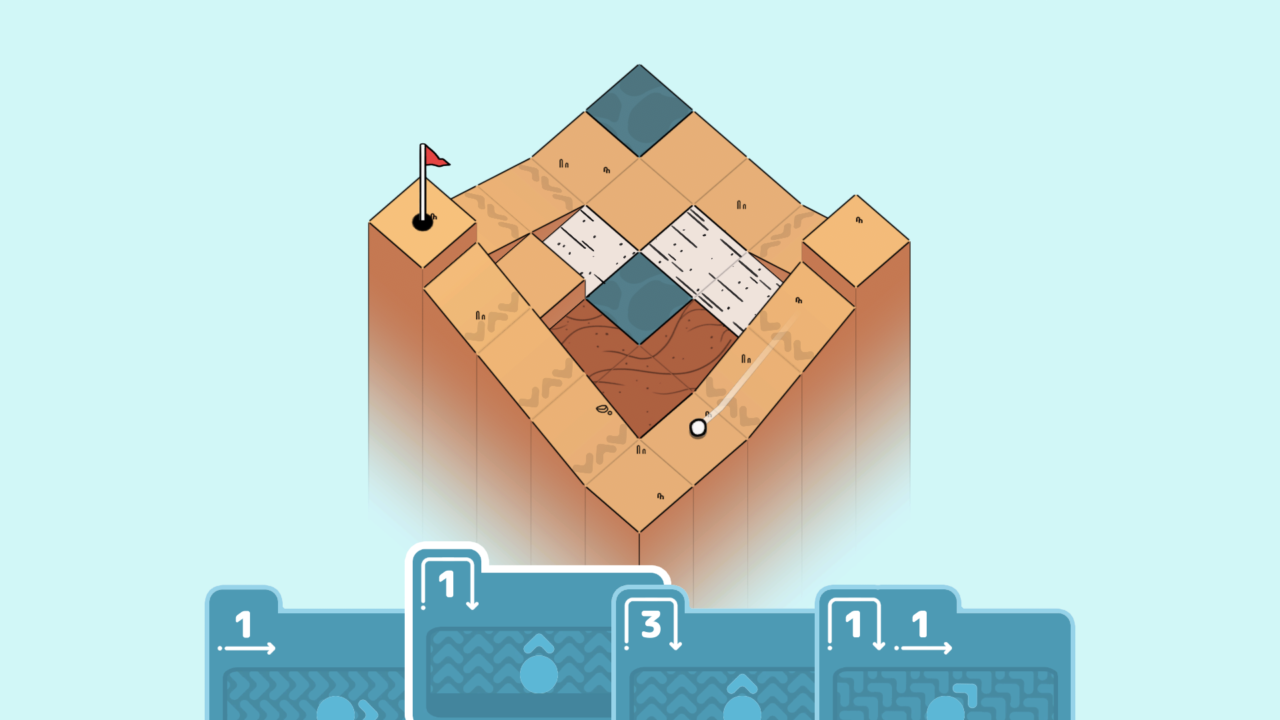 Second, the zen-like approach to puzzle solving (there are no timers to rush you along or pars to compare yourself against) make the game a bit too relaxing. You’re even sometimes given achievements for doing the wrong thing.

Finally, it’s mostly up to you to make the game challenging. As I mentioned earlier, there are no puzzles that can’t be solved by trial and error, so you can play through with minimal effort. Perhaps some kind of reward for finishing a hole on your first try would make the experience more engaging for hardcore puzzle gamers.

I enjoyed Golf Peaks from start to finish. It’s a fun, light game that’s perfectly suited for portable play on the Switch, but is equally engaging in docked mode where it’s easy to have some others help solve the puzzles. This is not priced to be a game that’ll remain on your Switch for a long time, but you may find you’ll keep it around for some quick brain flexing between bigger sessions with your standard, go-to titles.