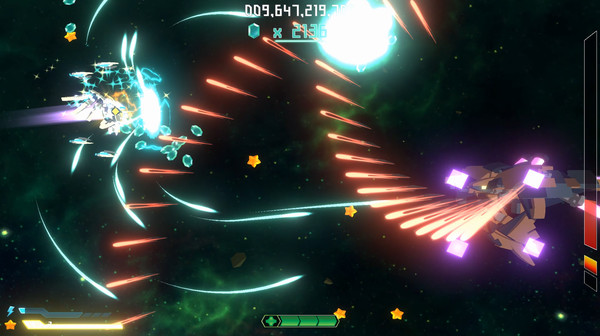 Developed by Intragames, who more traditionally publish games, Grand Brix Shooter is first and foremost a shoot ’em up, avoiding anything outrageous which would break the mould. This, however, isn’t necessarily a bad thing. There are a lot of instances where the old saying ‘if it ain’t broke, don’t fix it’ ring true, and this is one of them. Grand Brix Shooter is a great example of a game that simply refines its genre, as opposed to reinventing it.

Gameplay-wise, Grand Brix Shooter is simple… in theory. Essentially, you have to shoot down enemies from your ship — in what feels like the final battle in Guardians of the Galaxy, just as a 2D side-scroller — while tactically avoiding being hit. Yet, as mentioned, this is only simple in theory, with it often being quite the challenge to attack and avoid all at once, while a constant onslaught of colour flashes across the screen.

One of the best things about Grand Brix Shooter is the challenge of each stage, leading to an awareness of how you as the player slipped up, while striking the perfect balance between punishing you and remaining an enjoyable ride. You know what you have done wrong and where you could improve, coming back better and more astute every time. 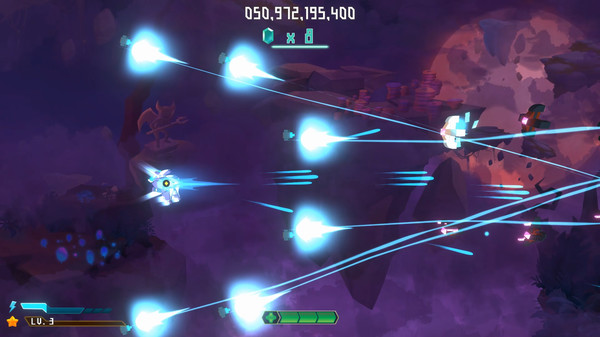 The only real criticism is how the comic-book panels added to the arcade mode seemingly attempt to crowbar a story into a game where it feels unnecessary. I admire the ambition to add another dimension to the game in an attempt to differentiate it from the challenge mode and other games of this type, but it’s a wasted effort. Grand Brix Shooter is at its best when you’re in the chaos of a battle, ducking and weaving, not when you’re reading about Prince Brix and his struggle against the invading aliens.

While the story seemed unnecessary, it doesn’t take away from the experience. This is in part due to the vast amount of content available, from both the aforementioned arcade mode and challenge mode — a place to get high scores, climb the leaderboards and beat your friends — to the in-game achievements, adding extra goals as you play.

There’s also a pleasantly surprising amount of variety in how you can play the game. Grand Brix Shooter boasts ten different ships, which you can change to whenever you see their outline float onto the stage. Each ship has its own basic attacks as well as specials, causing you to adapt and change depending on your chosen vehicle. Levelling up each ship can be done naturally as you destroy the enemy, while also collecting golden stars as they float across the screen. 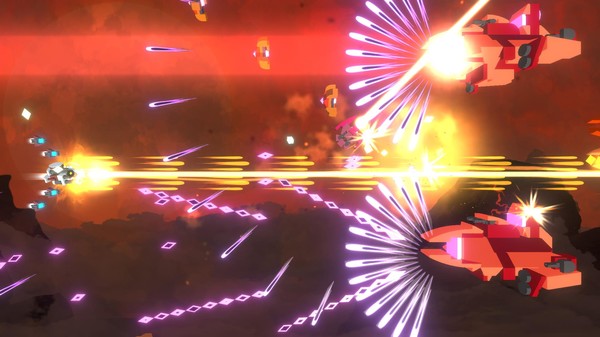 Grand Brix Shooter is a blast, consistently running without a hitch. Its simple yet effective art style clearly demonstrates the chaos without ever feeling crowded. Despite running smooth and looking sharp, there isn’t a lot to write about in regards to the game’s sound or music. I often, because of this, found myself wanting to listen to a podcast as I played, especially on the levels I found more challenging and had to attempt multiple times.

Despite the challenge, there’s no doubt that this is a worthy addition to the Switch’s library. Not only is Grand Brix Shooter good for the Switch, the Switch is also the perfect place for a game like this, which lends itself well to both extended sessions and short bursts of play.

Somehow making itself a difficult game to put down even during the most stressful of sessions, Grand Brix Shooter consistently feeds off my ‘just one more try’ attitude. 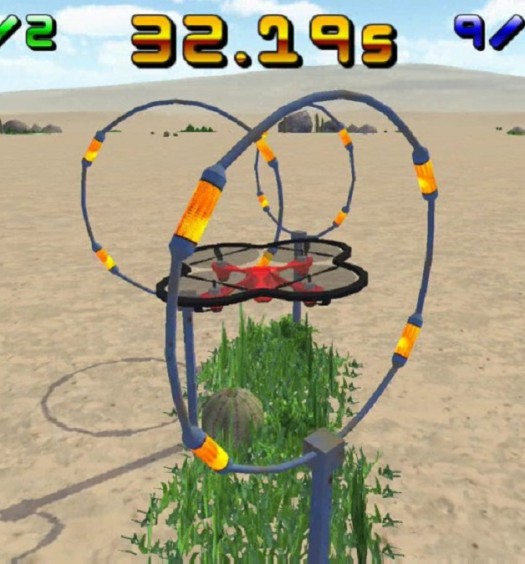 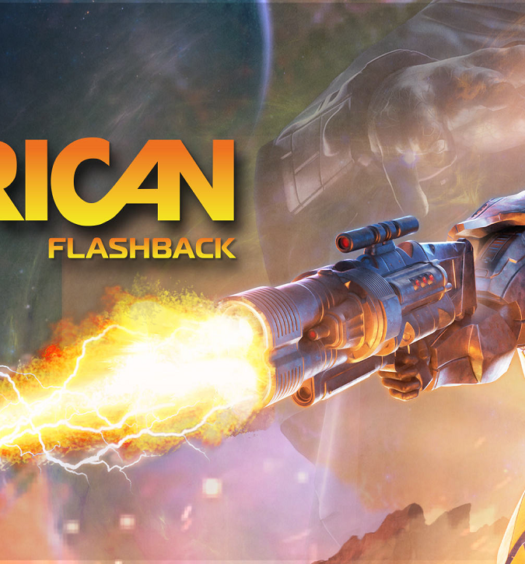