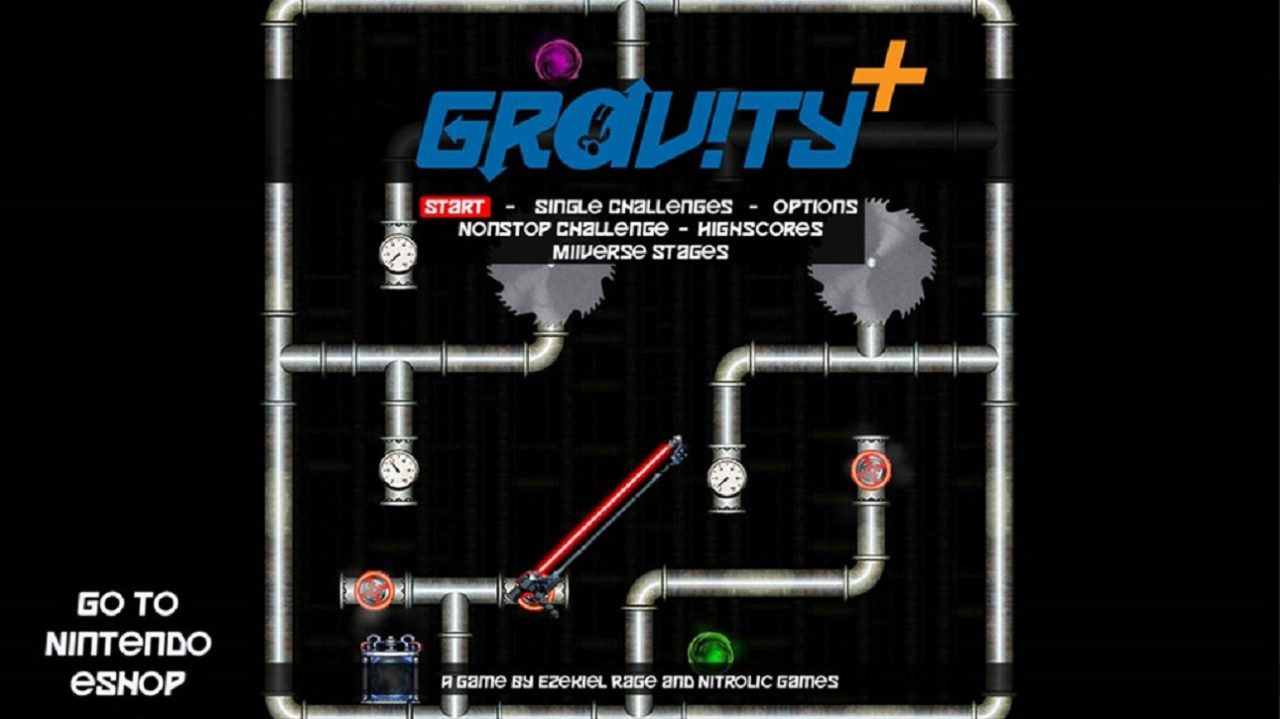 I like puzzle games. Thinking my way through is usually an enjoyable experience. However, I felt Gravity+ was more tedious and repetitive than fun, and it actually gave me a headache whenever I played it.

Gravity+ pits you as a robot going through 30 maze-like stages, each having the goal of reaching a portal. As you progress, you will need to collect a key to open the portal, de-activate a laser beam, and more. Your enemies include lasers that spin, stationary saws, and an irritating robot that follows and often corners you. You can jump and change which way gravity pulls you, but can only take one hit. While changing gravity worked well, I was constantly confusing the jump button, B, with the gravity button, A; even on the final stage. 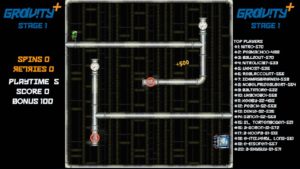 For the early stages, the actual playfield doesn’t fill the TV/GamePad because there are black lines on the sides. The rest are more expansive. I liked having bigger stages, but constantly wished for a map; I spent much time wandering around. It doesn’t help that once you hit a key, the portal usually opens off-screen, giving you little idea where to go next. Another disadvantage of the bigger levels is how they often require excessive backtracking. One stage has you go through it, then go backward through it, then forward again, then backward again!

One of the worst parts for me is the extremely high difficulty of the last stages. I’m not opposed to challenging games, as some of my favorite games rank high on the difficulty scale, but Gravity+ just gets frustrating. Saws are placed so you can barely squeeze past them, and there are lasers that swing through the teleporters off-screen, which is really unfair. Speaking of unfair, there are some parts that you realistically have no chance of making through on your first try; my least favorite being when you go through a teleporter and have to immediately change gravity to survive. Some of these stages took me over 100 retries (it keeps track), and I don’t wish to replay them. 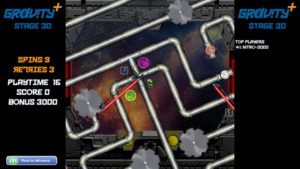 Gravity+ seems a bit unpolished, with the frame rate continually going up and down with little explanation. Oddly, when you hit a switch that moves a wall, the game inexplicably stops for a second or two. The game also seems quite buggy. Once, I came to a dead stop and had to quit and reload Gravity+ to continue. After I beat the final stage, the screen turned white and the game froze. There are some more minor bugs too.

I did like some things about Gravity+ though, like how the backgrounds change every 10 stages. Additionally, there’s a challenge mode which gives you an objective and time goal for each stage, then ranks you based on your performance. Plus, there’s Off-TV-Play, and a scoreboard for each stage. But besides those few positives, there isn’t much else I liked. There’s level editor DLC for $4.00, but since the main game isn’t much fun I’m not inclined to purchase it. For $7.00 at the time of the review, I wouldn’t recommend Gravity+.