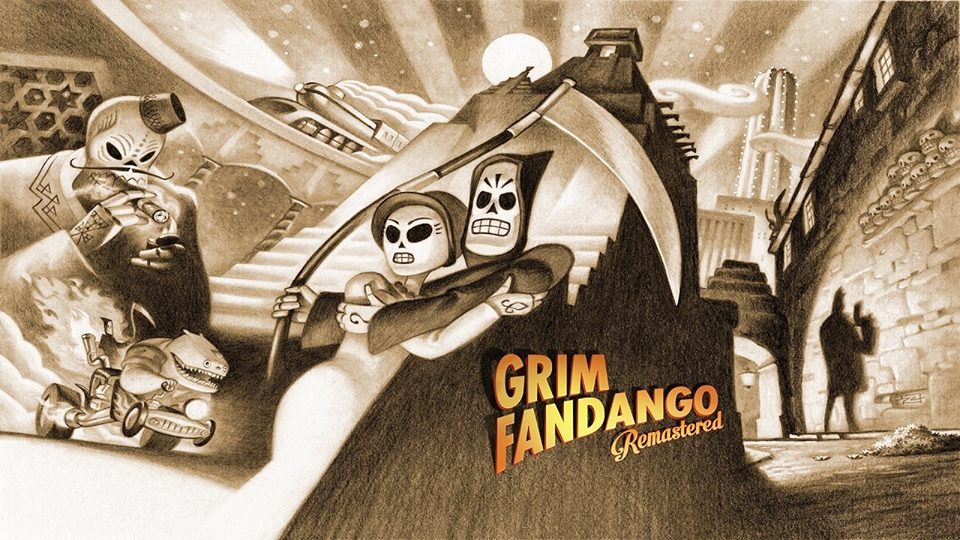 Grim Fandango Remastered is a graphic adventure game from Lucasarts that has been remastered by Double Fine Productions and released on the Nintendo Switch. To many, the game is considered a classic. Does the game hold up to its hype?

You play as Manuel “Manny” Calavera, who lives in the Land of the Dead. He is basically a travel agent who tries to sell travel packages to the deceased. The cost of packages is based off of the merits a person did during their life. The further he goes along the more he realizes that things at his place of work are more than what it seems. 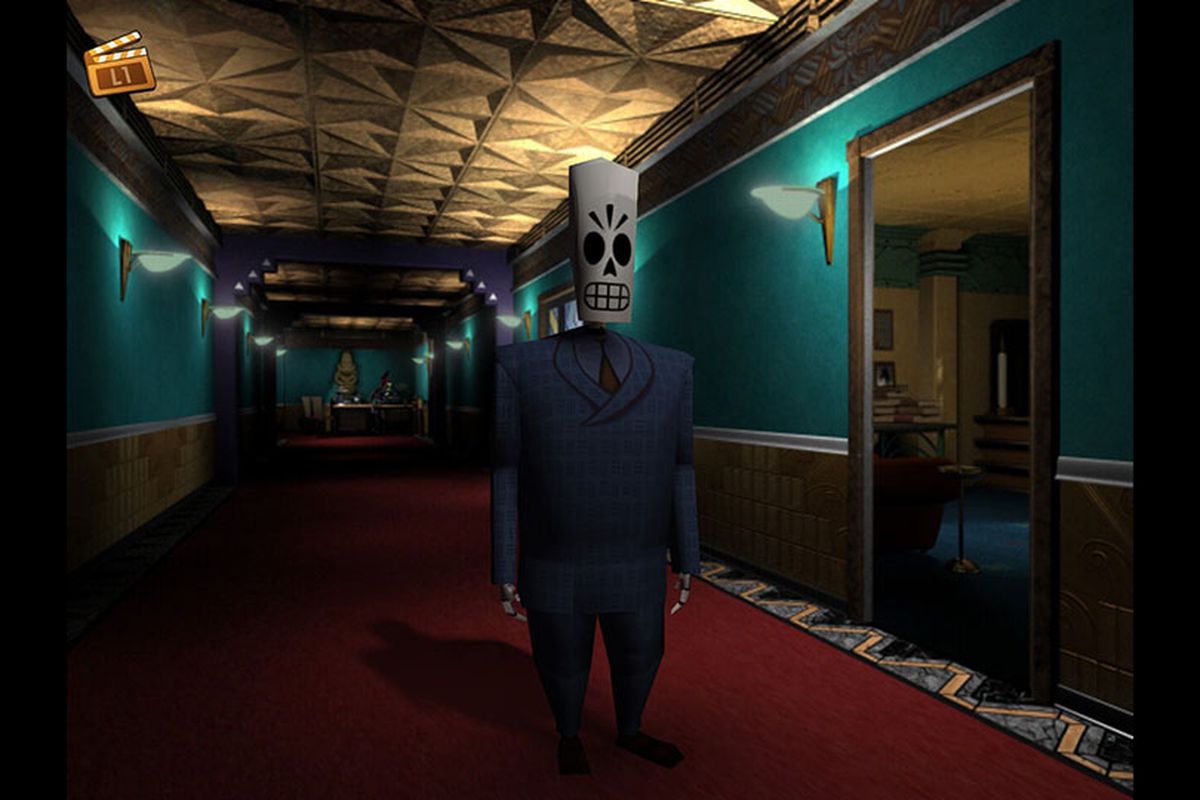 Manny collects objects that he uses to solve puzzles. The objects can be found by searching areas as well as talking to others. If you mess up on a puzzle you can always to go back to where you got the items as needed. Some objects that you have make sense such as Manny’s trusted scythe. Other items are more practical such as a fire extinguisher, while others are goofier such as balloon animals. The dialogue in the game is fairly well written in a comical tone. As Manny interacts with his co-workers, such as his boss’s secretary, you can hear the irritation in her voice as she interacts with him. 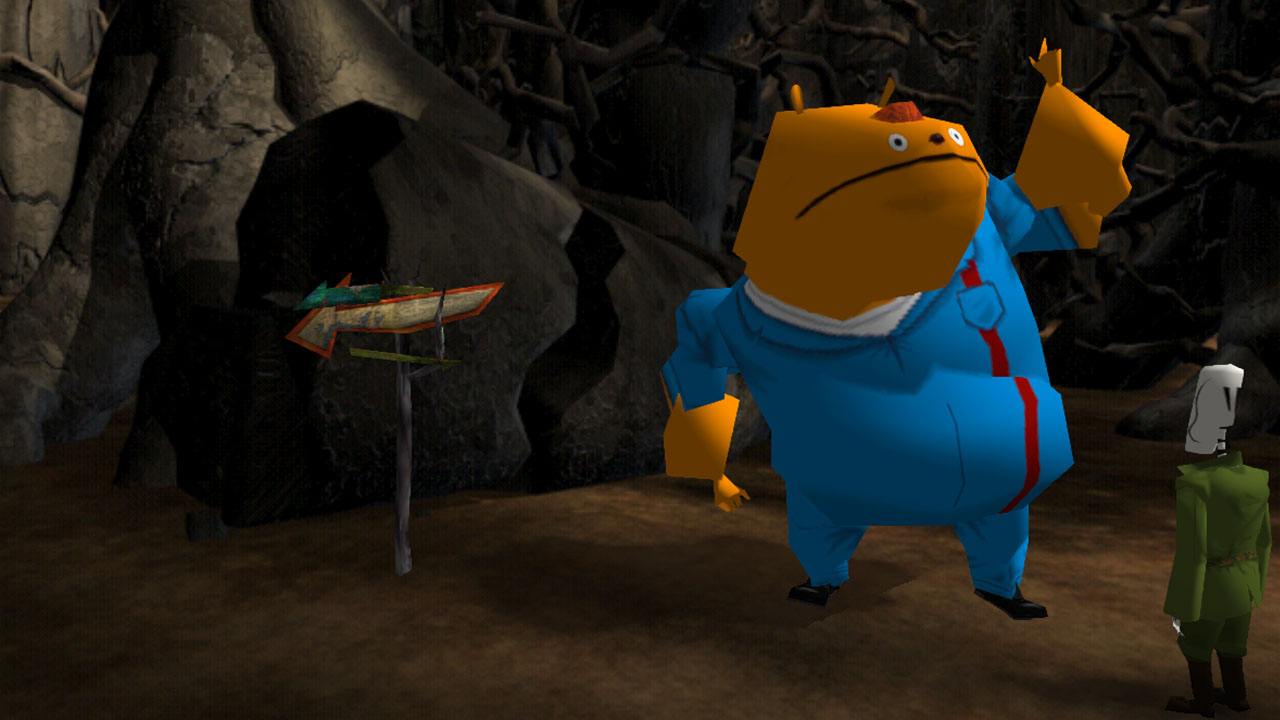 Solving some of the puzzles occasionally could be a bit frustrating in discovering what to do. At times it felt as though I was walking in circles trying to find what I was missing, and it got to be slightly irritating. Especially when it was having to redo a certain part of a puzzle or trying again entirely because you missed a small detail.  Luckily when you are on the right track the game does autosave. Another complaint would be, at times, the controls. There were times when walking through a doorway while pressing up on the controller the next room would load. You would then have to quickly press down on the controller to stop Manny from exiting the room. 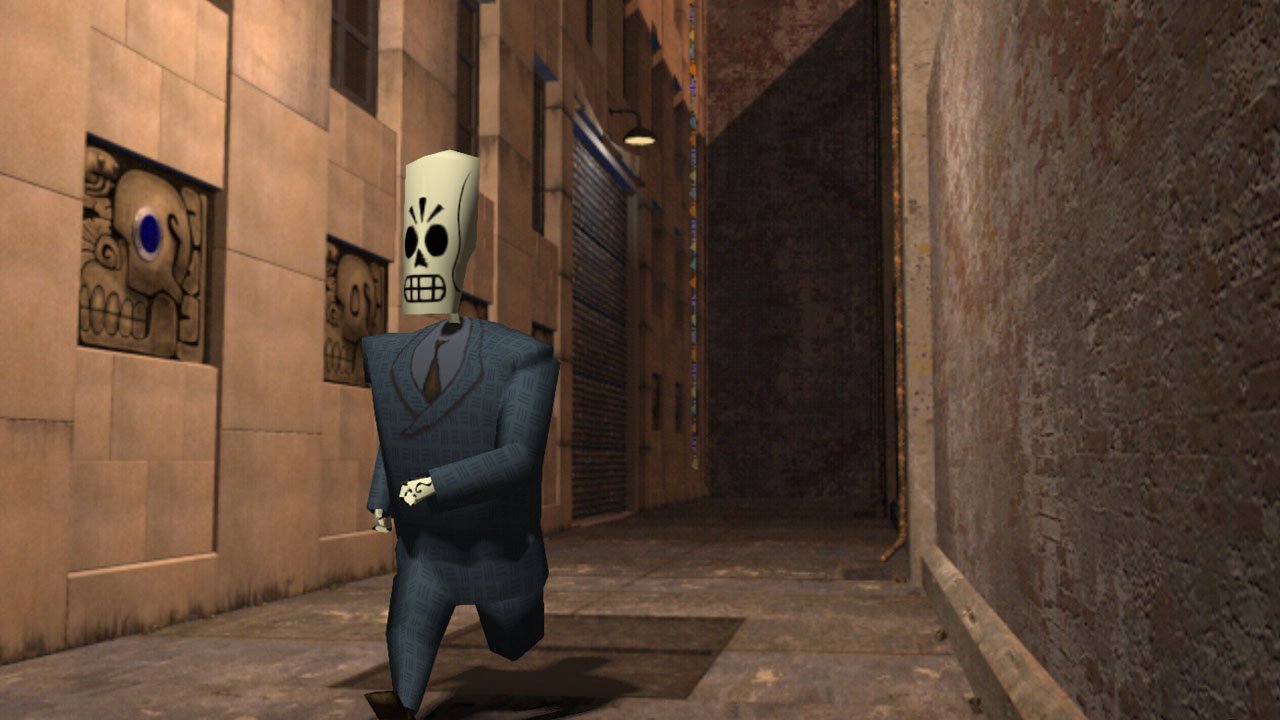 The remaster of the game includes improved graphics, an orchestrated score, and director commentary. The great thing about the remastered graphics is it gives you the option to switch back to the original version if you wish. The director’s commentary certainly adds a bit of information to the game. A second playthrough with it is an interesting and welcome addition.

Whether or not it is your first time playing or the tenth time, Grim Fandango Remastered still seems enjoyable and holds up over all these years. Although there are a few complaints here and there they are minor and shouldn’t be held too much against the title. The overall story is a rewarding experience that should not be missed.

Whether or not it is your first time playing or the tenth time, Grim Fandango Remastered still seems enjoyable and holds up over all these years. Although there are a few complaints here and there they are minor and shouldn’t be held too much against the title. The overall story is a rewarding experience that should not be missed.