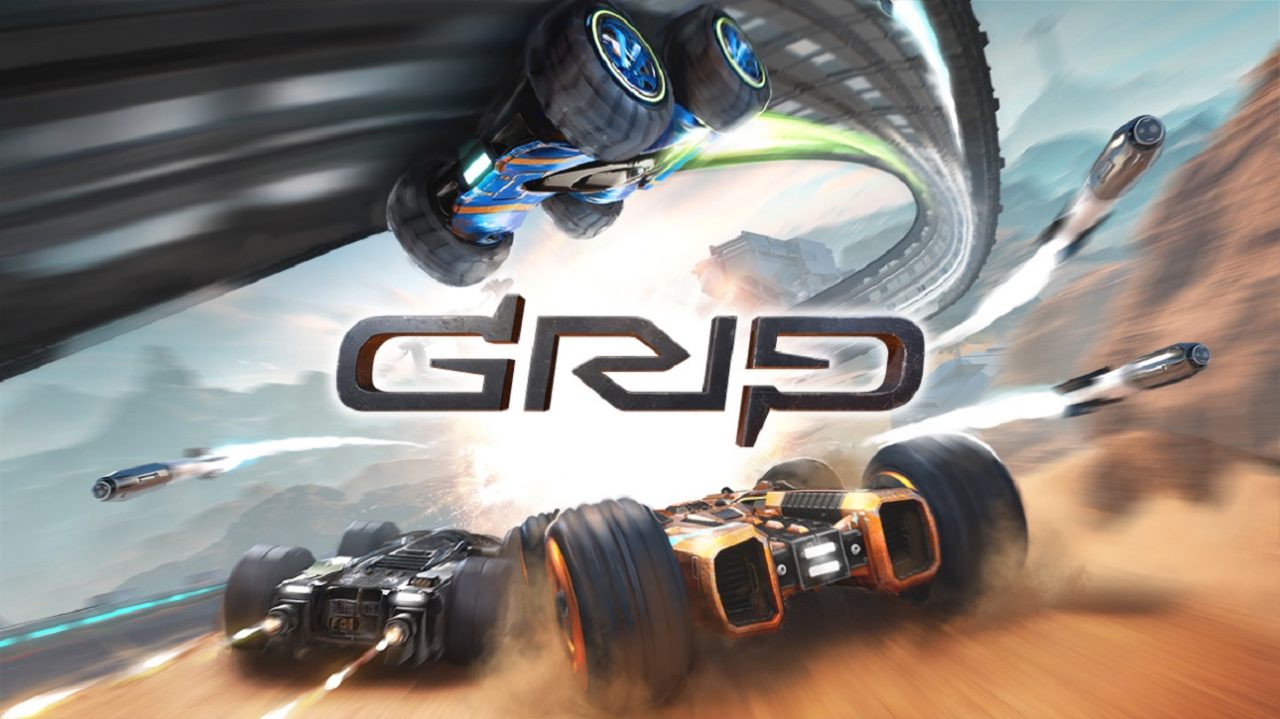 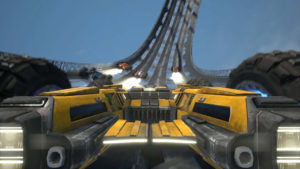 GRIP Combat Racing is an enticing package. It promises a healthy dose of the high-speed thrills offered by futuristic racers, combined with the weapon combat found in the genre’s more casual and chaotic karting games. At its core, GRIP is a great game. The feeling of zooming at high speeds is exhilarating, and it’s enhanced by the game’s key mechanic of driving on walls and ceilings, allowing you to keep the motion flowing by stringing together jumps and flips from one surface to another. It’s a satisfying gameplay mechanic when pulled off without losing momentum. 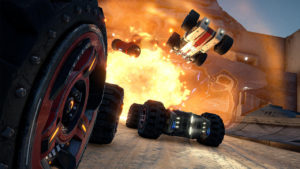 Track designs make great use of the wall-driving and car-flipping abilities. Unlike most racing games, the levels provide creative opportunities for the player to choose between different surfaces and branching paths that are frequently offered in each level. They also work superbly well with the combat weapons in the game. Projectile weapons, like missiles, lock on to rival racers automatically and seek them out with precision; an attacking player isn’t burdened with aiming accurately at opponents. Instead their role is to launch the weapon when the path between the locked-on player and themselves is free from obstruction. A progressively faster beeping sound warns a racer when a missile is travelling toward them and, if they don’t happen to have a shield pick-up on hand, they have to use the environment as their scapegoat instead. Different paths offer different shapes and obstacles, some are wide and open while others are full of small buildings or structures which, when sharply turned around, will block the trajectory of a pursuing missile. One particular race track has a very thin concrete tube that can be entered and driven inside by a player skilled enough to aim the entry correctly – it’s a risky path to take and usually not worth trying but when a missile is homing-in, it’s enormously satisfying to take the risk and successfully escape the impending explosion through the safety of the tube’s walls. 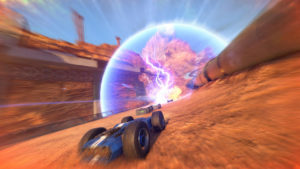 You can enjoy this great gameplay in several different race types from classic no-weapon races and elimination races to arena battles and even ‘Carkour’, which are fun obstacle courses that require precise control and handling to complete. You can set up a single-player or split-screen (docked mode only) match in these game types and tweak many settings to your liking. Alternatively, you can enjoy the game’s campaign mode, made of race after race on different tracks in different modes, all awarding XP upon completion which is used to unlock a plethora of car customisation parts. 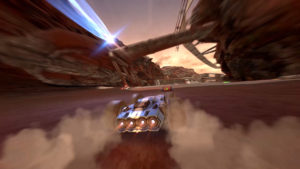 All of GRIP’s features make for a game with great potential to be excellent, but unfortunately, it repeatedly holds itself back with unignorable technical issues. As I try to enjoy quality combat-racing gameplay, the game insists that I battle the software itself instead. Most noticeably from the start, the analogue stick controls are difficult to use under the default setting due to seemingly massive dead-zones that make direction changes feel both unresponsive and jumpy. Fortunately, there’s plenty of customisability in the game options, and while reducing the dead-zones alone didn’t resolve the issue, doing this and increasing steering sensitivity together completely transformed the game into one of the best controlling racers I’ve ever played. But sadly, this is just the start of many hurdles that detract from the fun. If you’re unable to download the day-one patch for any reason, the game’s frame rate both docked and undocked is far too unstable to recommend to anyone, especially at $40; with the day-one patch installed, handheld mode sees significant stability improvements while docked still doesn’t reach a smoothness comfortable enough for a racing game. Less common issues include (but aren’t limited to) buggy, overlapping menu items that render text illegible, random cases where squares of flashing light will blink endlessly in the corner of the screen during a race, and even collision issues that can cause your car to pass through the floor under certain circumstances. 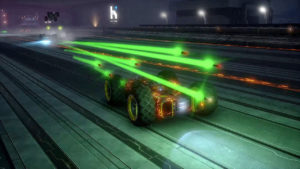 GRIP Combat Racing was as much a battle between myself and the game as it was between my car and rival racers, which is a shame because when it works, it works splendidly. It’s fortunate that at least the game’s issues could all be resolved with further patches, potentially leaving us with an excellent racer on the Nintendo Switch, but as it stands now, the game is flawed and is hard to justify at full price.

GRIP Combat Racing was as much a battle between myself and the game as it was between my car and rival racers, which is a shame because when it works, it works splendidly. It’s fortunate that at least the game’s issues could all be resolved with further patches, potentially leaving us with an excellent racer on the Nintendo Switch, but as it stands now, the game is flawed and is hard to justify at full price.

I'm a London based software developer and former game-dev student who's been gaming since the age of 3. I grew up playing every game and console I could get my hands on and loved all of it, but it was only at the age of 18 that I became consciously aware of what I always knew deep down: Nintendo consistently makes the best products in the industry!
Comments
Submit a Comment