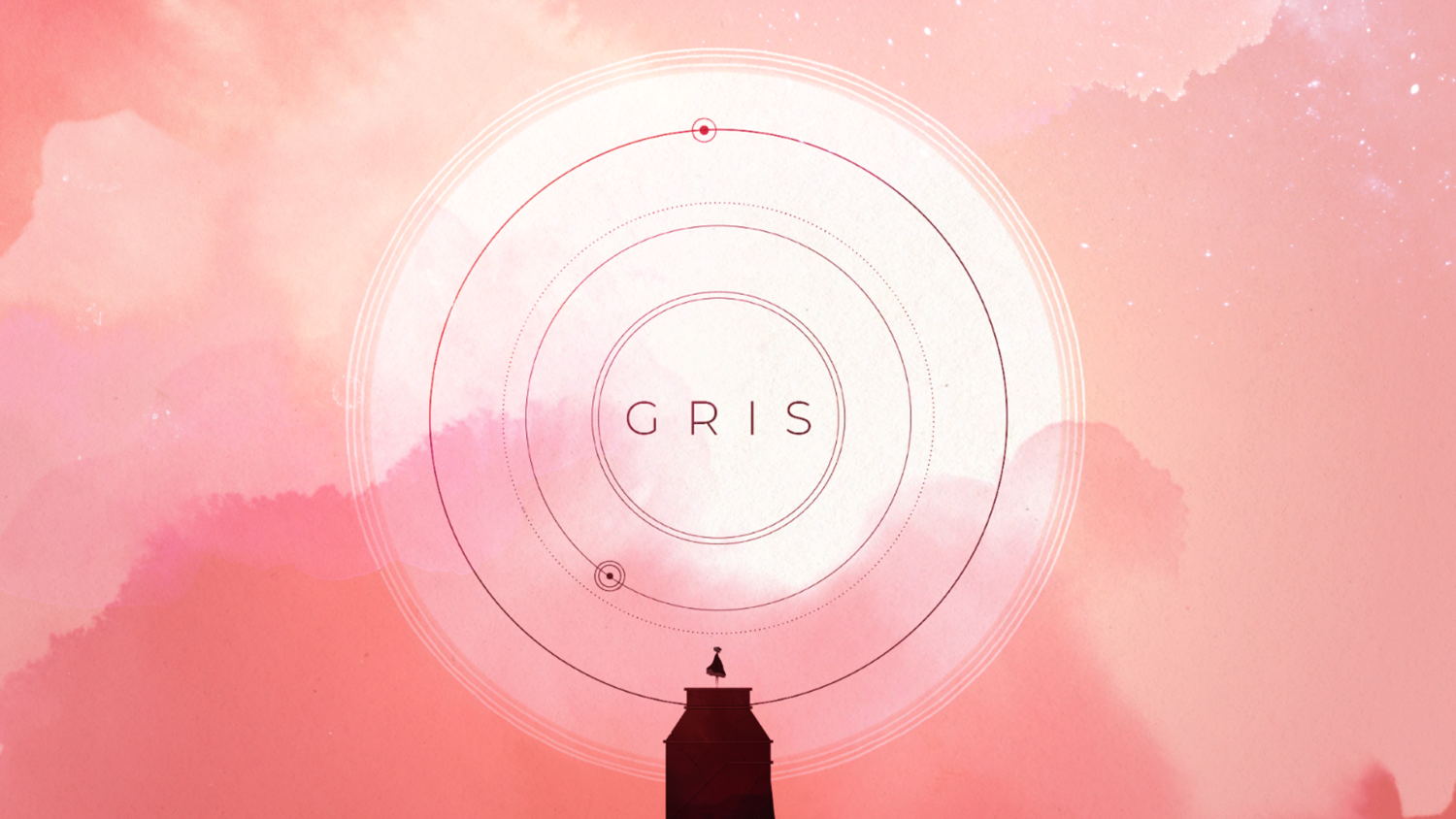 Gris is a different kind of game. It’s your basic puzzle/platformer at its heart, but its presentation is so unique that it’s likely to connect with you in ways that few video games have. 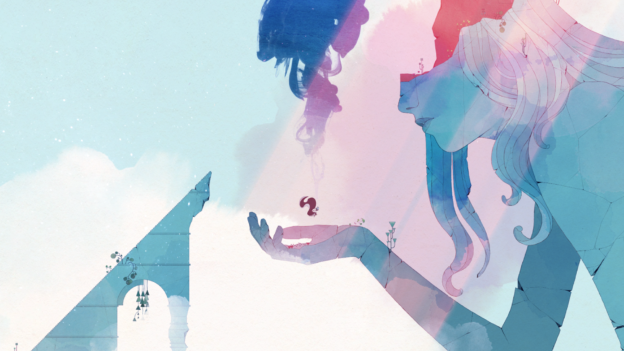 Because Gris is not for everyone. I don’t mean there are gamers out there who shouldn’t give it a try, I’m just saying there are some out there who just won’t. And honestly, that’s one of the things I loved about this game. The developers could’ve added common platformer elements at any turn in order to attract a broader audience, but they didn’t. And that’s what makes Gris so special.

The titular character, Gris, is a young girl in a dream world, obviously very upset by something. She’s singing safely in the palm of a giant statue, and her voice is stripped away. The world loses its color and crumbles around her, and she falls. I imagine we all know the feeling. She lands in a stark and empty landscape, waiting for you to set her moving. Her world slowly fills as she trudges forward, her heavy walk eventually becoming a run. 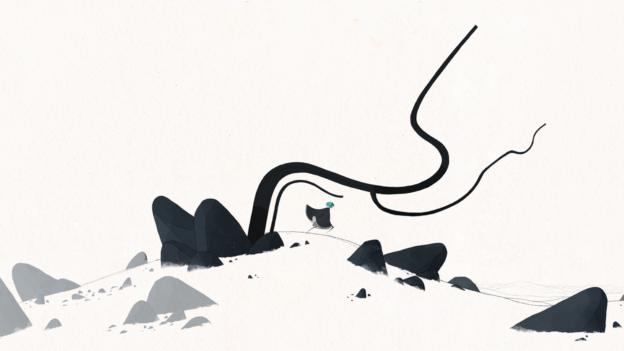 From this point forward, the game is about helping her explore the environment and overcome obstacles in order to reach new stages. Initially, Gris can only run and jump. As the game progresses, however, she gains more abilities that are mostly manifested through her dress. She’ll be able to ground-pound to break through obstacles and double-jump to reach higher levels, for example. But what I really liked here is that the game keeps pushing forward as you acquire new skills, rarely forcing you backward to get to places you previously couldn’t pass.

The environment offers its own help, either through the ability to control various elements of it or through living creatures that come to your aid. These elements make up the bulk of the gameplay, preventing environmental puzzles for you to overcome. For the most part, your goal is to acquire orbs that are used to unlock new abilities for ways forward. 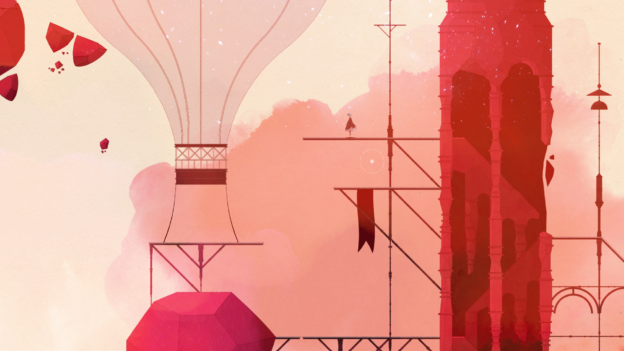 Getting to them isn’t terribly challenging, and only once did I get completely stuck, swimming around the level for nearly an hour before I figured out what I had to do. Of course, everything I needed was right there on the screen with the orb I was trying to reach, I just needed to expand my thinking on how environmental elements could be used.

A platformer with no weapons and no real combat (although there are a couple intense moments) could easily grow tiresome after a while, but that didn’t happen with Gris. The watercolor presentation of the environment is both haunting and inviting, and it never ceased to amaze me as it evolved. The developers used both scope and color to give it life, effectively zooming in and out to show us just how beautiful it is and how small we are inside it. Small, but protected. It made me feel oddly hopeful for Gris. 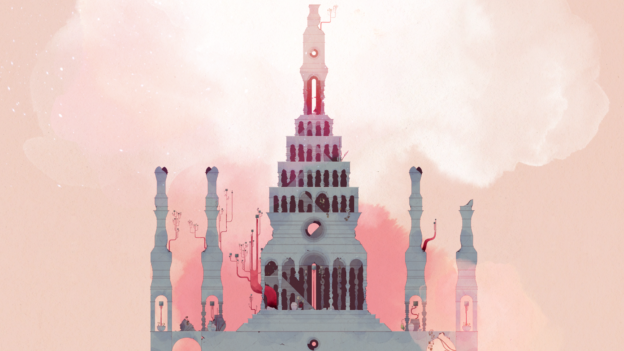 Her story is not told through words but through the imagery, and the meaning behind what you’re seeing and doing is left up to your interpretation. We constantly see the rubble of the female statue, and sometimes need to use it in order to progress. As such, we’re always reminded of what she’s dealing with. I came across one element hinting that we may be working through the five stages of grief, and wonder if there were more elements I’d just missed. If I had to make one complaint about the game, I suppose it would be that too often I felt as if I’d left something behind and couldn’t go back to find out. 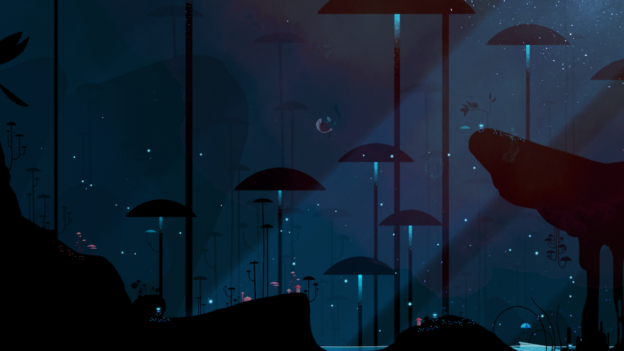 All of this builds to an ending I was very eager to reach. The game is fairly short—I completed it in a little over five hours—but I was so ready to see how it would unfold that I didn’t mind when I got there. And if I’m interpreting it correctly, the resolution did come as a bit of a surprise.

Gris wants to tap into your emotions, but which emotions it triggers will depend upon your own experiences. The ambiguity of its story allows you fill in your own characters and events, and that can make the experience quite powerful.

I said earlier that not everyone will want to play Gris. That’s fair. But if you do, and if you’re able to connect with its themes, I think you’ll find it’s a game well worth experiencing. Even if you don’t connect with it emotionally, the creative and gorgeous visuals combined with the haunting music should be more than enough to carry you through. I’d suggest playing it in docked mode to fully take in the artwork, but the music and audio effects are better experienced with headphones. Either way, give Gris a try. You’ll be happy you were with her.