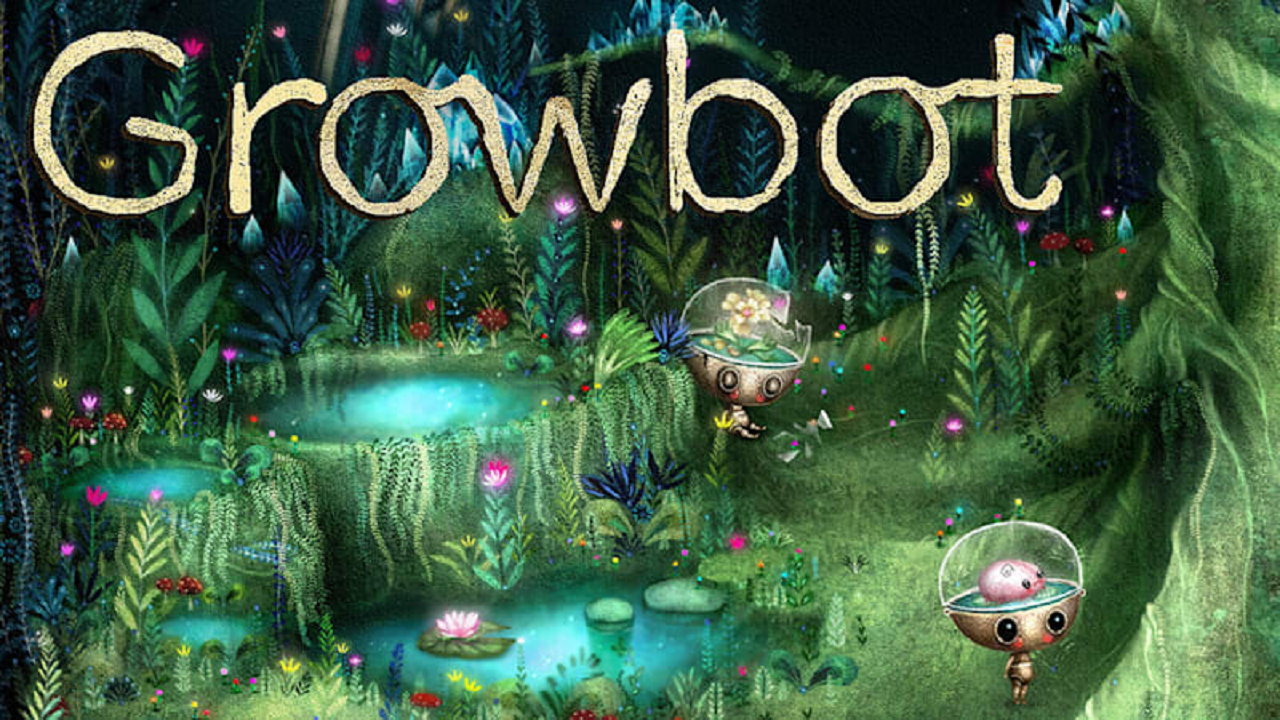 Growbot is a point-and-click adventure that succeeds on the strength of its visuals and (more often than not) its puzzles. Now, if you’re looking for a story to keep you engaged coupled with a robust soundtrack, you might want to look at some of the other titles developed or published by ASH Games instead. But if eye candy and a steady flow of unique puzzles are your things, keep reading.

The game takes place on a space station with you controlling a  robot, or should I say growbot. The bots all look like they have cloche domes on their heads, with vegetation for brains; I’m sure green thumbs will get an extra kick out of this. But while the characters are cute and unique for the most part, the story’s paced in such a way that your interest may wane. Thus these characters have to pull extra weight through funny and sometimes hippyish interactions. But hey, what else would you expect for a game that has you tending “power flowers.”

Again, the strong point of this game is its beautiful visuals. The game has a very appealing, stylish look. The dark background makes the various flora and machinery pop with genuine vibrancy. Animations, camera movement, and lighting make the space station feel lively.

The music can’t get such high praise. Can ambient music be too soft and subtle? While the music doesn’t distract, it doesn’t really calm either, unless you count the odd moment of fighting to stay awake as calming. I found myself reaching for the clicker to turn up the volume. I’m convinced that part of my disappointment stems from the developers comparing this game to the LucasArts classic Loom. That game has music from  Tchaikovsky’s Swan Lake, which raised the bar high, a bar Growbot didn’t even attempt to get close to.

Actually, where Growbot “is inspired by classic adventure games like Loom” is its gameplay. Many, if not most, of its puzzles are sound-driven. You acquire flower sounds throughout the adventure, using them in different orders to progress deeper into the space station. It’s not the easiest to describe with the limited word count of a review, but that speaks to its relative uniqueness. With a Joy-Con in hand, it clicks.

Volume issues (seriously, where are the audio options) and the odd maze aside, the puzzles are appropriately challenging without being frustrating. Though if you get stuck, you may want someone with a musical ear, as the hints can be sporadic. How much you identify individual notes may be the difference between beating the game in a smooth three or four hours versus five or six.

Going back to my earlier comment on pace, while it seems the game might finish at various points, it keeps progressing. So the actual end may come as an abrupt surprise. While it does wrap things up effectively, I can see why some may be let down. Again, even if you lack a musical ear, Growbot isn’t a very long game. Which isn’t bad in and of itself, but this game is $19.99.

I’d like to see a longer sequel go all-out with the soundtrack, but Growbot’s fun characters and unique puzzles make it a good choice, albeit one for a future sale.

I’d like to see a longer sequel go all-out with the soundtrack, but Growbot’s fun characters and unique puzzles make it a good choice, albeit one for a future sale.