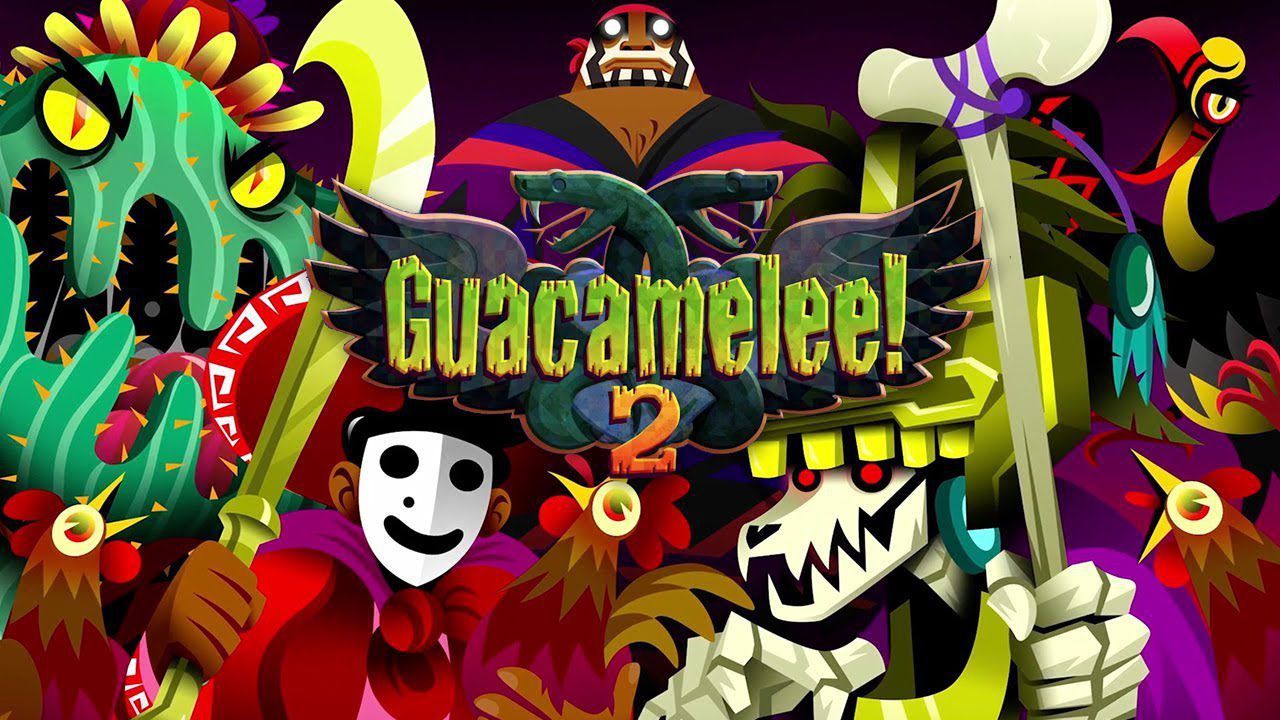 Out of all the games I played this year, I was excited to see the sequel to Guacamelee. I enjoyed the original as a short metroidvania, and Guacamelee 2 continues in this vein very well. While most of the gameplay could be considered safe, they did add more exploration through the usage of parallel timelines, plus a few new gameplay mechanics and even more difficult challenges. The humorous story of the original game continues, though I found myself backtracking more than the first game.

The story of Guacamelee 2 picks up at the end of the first entry, with Juan fighting the final boss, as well as parodying Symphony of the Night. Fast forward to seven years later, and we see our hero married to El Presidente’s daughter. He’s now a father of two – and slightly out of shape. Juan is once more forced to become a luchador when his timeline crosses paths with the darkest universe in the Mexiverse, which could cause the destruction of everyone. I personally found this to be a great continuation of its predecessor, since it raises the stakes from simply saving the damsel in distress, to stopping the destruction of the entire Mexiverse. Gameplay is almost exactly the same as Guacamelee! Super Turbo Championship Edition, which consists of collecting power ups, traversing different dungeons, and beating up baddies. Power ups are still collected by destroying Chozo statues, and range from headbutts, uppercuts, and traveling between parallel timelines within the Mexiverse. While most of Juan’s standard abilities are the same, there are the added mechanics to his chicken form. These consist of gliding and the pollo peck, which is used frequently in combat situations. Dungeons are still relatively straightforward. They contain a lot of difficult challenges, but there are a few added side quests in different universes, such as the grindiest timeline, and the dankest timeline. In this quest, the inhabitants just speak in Twitter comments complaining about the dank memes of the original game. I found this style of self-referential humor to be hilarious, and a great reward for exploration.

Despite being a mostly safe copy and paste of the original, they managed to up the ante with the platforming tropes scattered throughout each temple. While the main challenges are tough for the average player, Guacamelee 2 offers a ton of extra health power ups and stamina meter upgrades if you’re willing to go through hidden side rooms, which contain the most grueling of platforming sections. These challenge rooms could consist of leaping off of timed platforms, and switching realms last second, or fighting enemies in a certain amount of time before they explode. While I did find these rooms to be aggravating to complete, I felt like a hotshot whenever I achieved one of these areas. 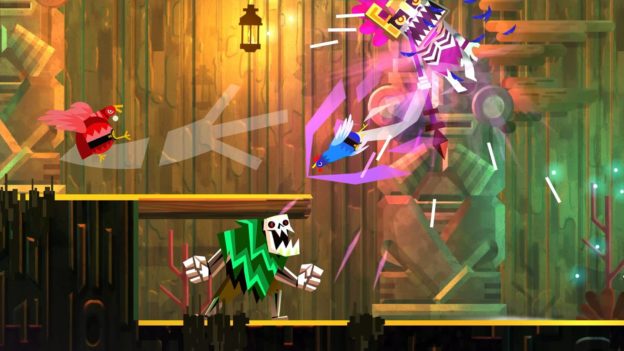 I found one issue with my time in Guacamelee 2, and that is backtracking felt more like a chore than in Guacamelee. The original had stone statues scattered throughout the world where you could fast travel to and fro as you please. These statues allowed you to go to places quickly without having to walk long distances to get to the next objective. While these statues were in this sequel, they were not as frequently found, and when I did find them, they felt like they were in areas that didn’t seem as useful as the original.

Overall, I felt like Guacamelee is a large improvement from its first installment. They took the foundations from their already impressive game, and made it better by adding more abilities to the established repertoire, and focusing more on a mechanic that I didn’t even know could be improved. I also found the story and exploration to be even better than before. I highly recommend playing this game – it’s definitely a great title for people who enjoy memes and metroidvanias.

While treading the same ground as the original Guacamelee, this sequel take a familiar formula, and spices it up with a few new mechanics, a great story, and tons of rewards for those willing to face the plethora of optional challenges and side quests scattered throughout the world