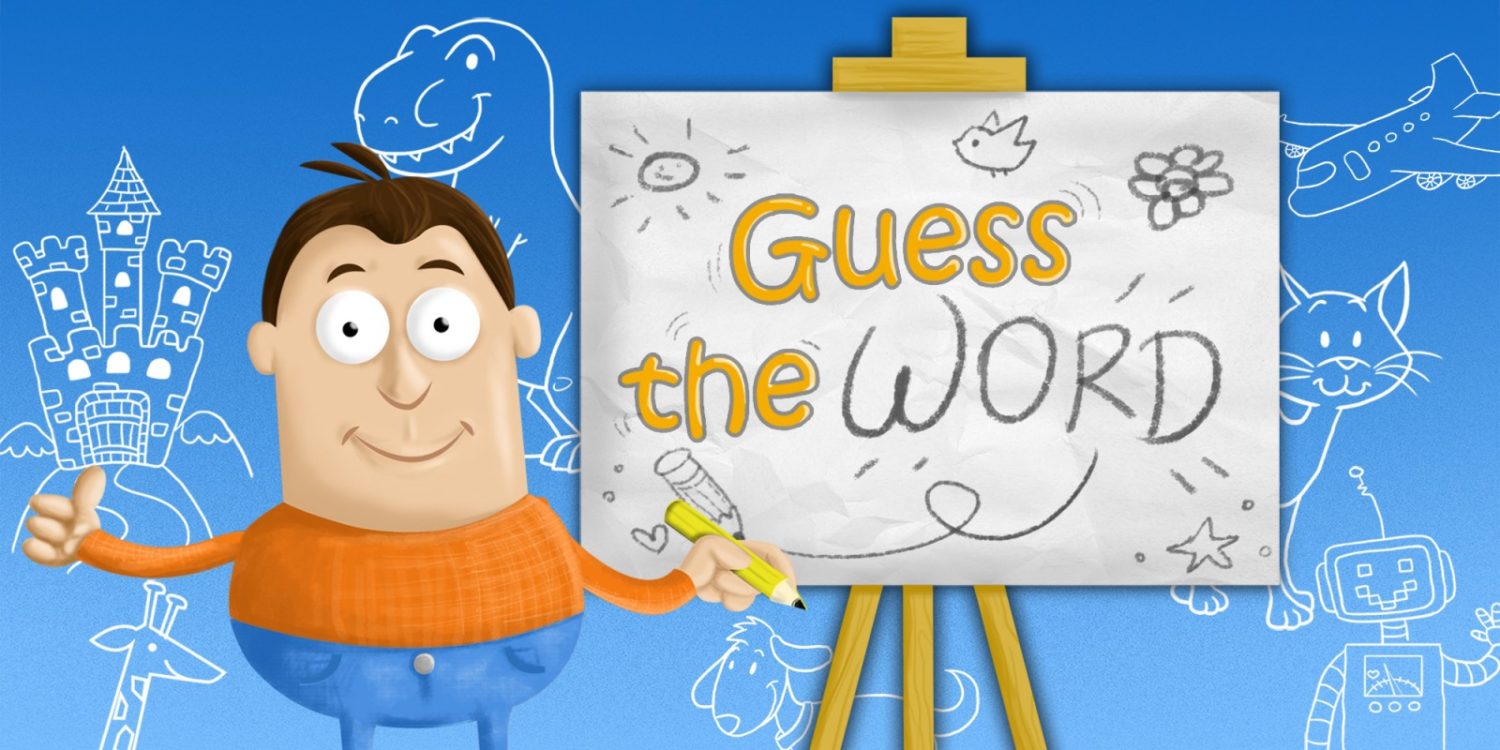 Guess the Word is a simple, educational title from Ultimate Games. The gameplay is self-explanatory thanks to the title, which is exactly as deep as it gets. Unfortunately, if you hoped this is a fun game that provides hours of entertainment, you might want to guess again.

This has to be the simplest, most basic Switch title I’ve ever played. It’s actually more like a smartphone app. Granted, it is aimed at toddlers and preschoolers, and it’s super cheap at only $1.89, but I can’t stress how stripped back this really is. 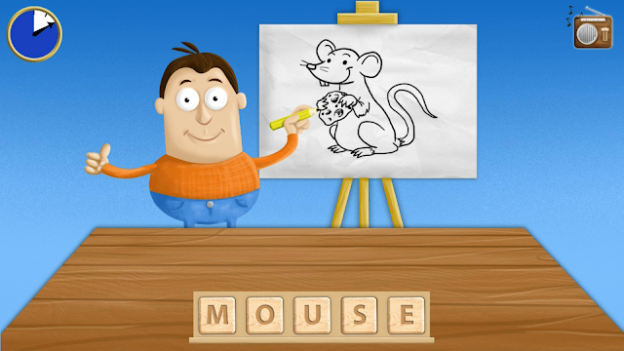 When you hit the title screen, you’ll notice that there’s no menu, nor any instructions. A lone play button sits in the center, begging to be pushed.

My first mistake was docking my Switch. Guess the Word is played entirely using touch controls. Thankfully this actually works well, despite no instructions indicating this play mode. The object is to drag letters into the correct place to make a word, based on the picture being drawn. The image loads from the top down, like a slow modem connecting you to a ‘90s website.

I question the designer’s target audience since many of the words are beyond the spelling knowledge of a toddler. My five-year-old son was able to work out most of them, but even he struggled with the likes of “ghost”, “giraffe” and “ice cream.” The words are randomized, but this is another fault – it doesn’t make sense to mix those slightly more advanced words with easier ones like “cat”, “dog” and “doll.” And this is where the game is let down – there’s no depth to it, nor any customization at all.

Even the simplest mobile games let you choose a name at least, if not an avatar. There are no levels or difficulty settings, nothing to unlock – in fact, there’s no incentive at all to keep playing once you’ve finished a round, apart from a basic star rating. 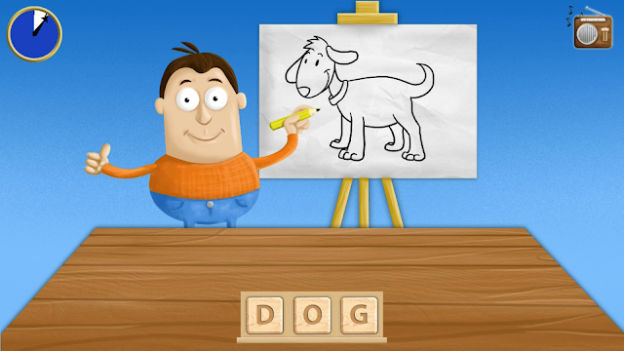 Rounds consist of ten random words. I have no idea how many words are built into the game, but even on our second play, we doubled up on words. There’s a timer in one corner, with hints provided if you take too long. It’s meant to be easy so young ones are encouraged to keep trying, but it’s too easy. Placing a letter in the wrong place simply rejects that letter, so it’s quickly evident that you can cheat the system to some degree by using trial and error.

To give some kind of gauge for any parents thinking about purchasing, my seven-year-old child was bored within minutes. My five-year-old child seemed to enjoy it slightly more, playing it three times. He hasn’t asked to play it again, though he did say he liked it. There was nothing to hold his attention or motivate him to keep playing.

Apart from turning the sound on or off, there are no other options at all. There are no difficulty settings or scoreboards, no rewards to unlock, no way to play on the TV or with friends.

I am also disturbed by the blurb on the Nintendo website, which states: “Your techer will give you hints!” I don’t know if this misspelling is Nintendo’s fault or the developer’s, but it doesn’t instill much faith in me with regards to letting the app teach my children anything. 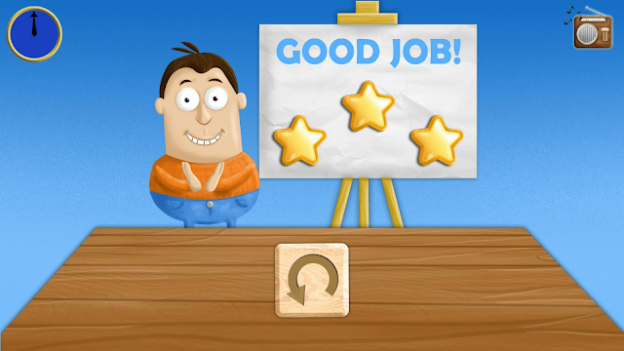 Overall, Guess the Word is a very, very basic educational app aimed for younger players – I’d recommend under five years old. Even though there are no bells or whistles, the gameplay works and it is cheap. If you have a young one learning to spell, there are probably a million better smartphone apps, but if you insist on using the Switch, this could provide a little fun. With only one simple mode, it will probably wear off quickly though.

Guess the Word is a one-trick pony, with no bells or whistles nor any reason to keep playing after the first round. It’s squarely targeted at younger kids, but the difficulty levels aren’t right either. Steer clear unless you insist on using your Switch to spell random words.