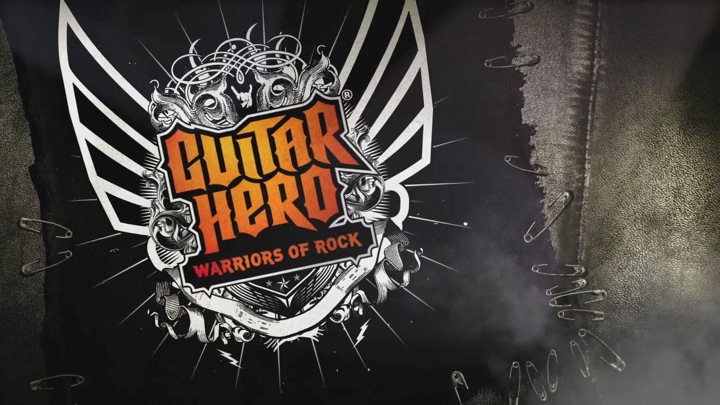 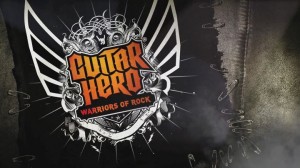 Activision has continued it’s yearly cycle of releasing Guitar Hero games and this year is no different with the release of Guitar Hero Warriors of Rock (the 6th game in the main series if you’re counting). The game promises to set new ground by offering a new Quest Mode, a first for the series. So with this new quest mode and a whole list of new songs, does Warriors of Rock have what it takes to be in your library? 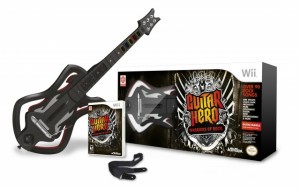 We’ve done many many reviews for Guitar Hero in the past and by now I’m sure you know how most of the games play. Since last year’s Guitar Hero 5, not much has changed from a gameplay perspective. You’re still playing a guitar with 5 buttons and a whammy bar and with this year’s version, there is no longer a second touch slider for solos. Instead the new guitars are back to basics and actually improve the design from the previous versions in my opinion. The design doesn’t feature swappable faceplates but instead allows you to switch out the entire main section of the guitar. So if you want to have a guitar that has axe edges, you can do that. Or if you want a more classic guitar with some flame designs, you can do that too.

As far as new songs are concerned, there are some good ones here and there but most are flavored towards the hard rock/heavy metal genre. Most of the songs are pretty fun to play but it seems less balanced in terms of the selection than previous GH games.

Getting together with friends and rocking out is probably when you’ll play Warriors of Rock the most. With the DS modes from last year’s GH5 and a slew of multiplayer options, you’ll be playing multiplayer for a long time to come (or until the next GH comes out in 2011). In any case, you’re always going to find some fun when playing with friends and trying to master the songs in the game.

Overall, Guitar Hero Warriors of Rock, features mostly the same features of its predecessors, but with a solid new guitar design and tons of multiplayer options, it’s definitely worth it.