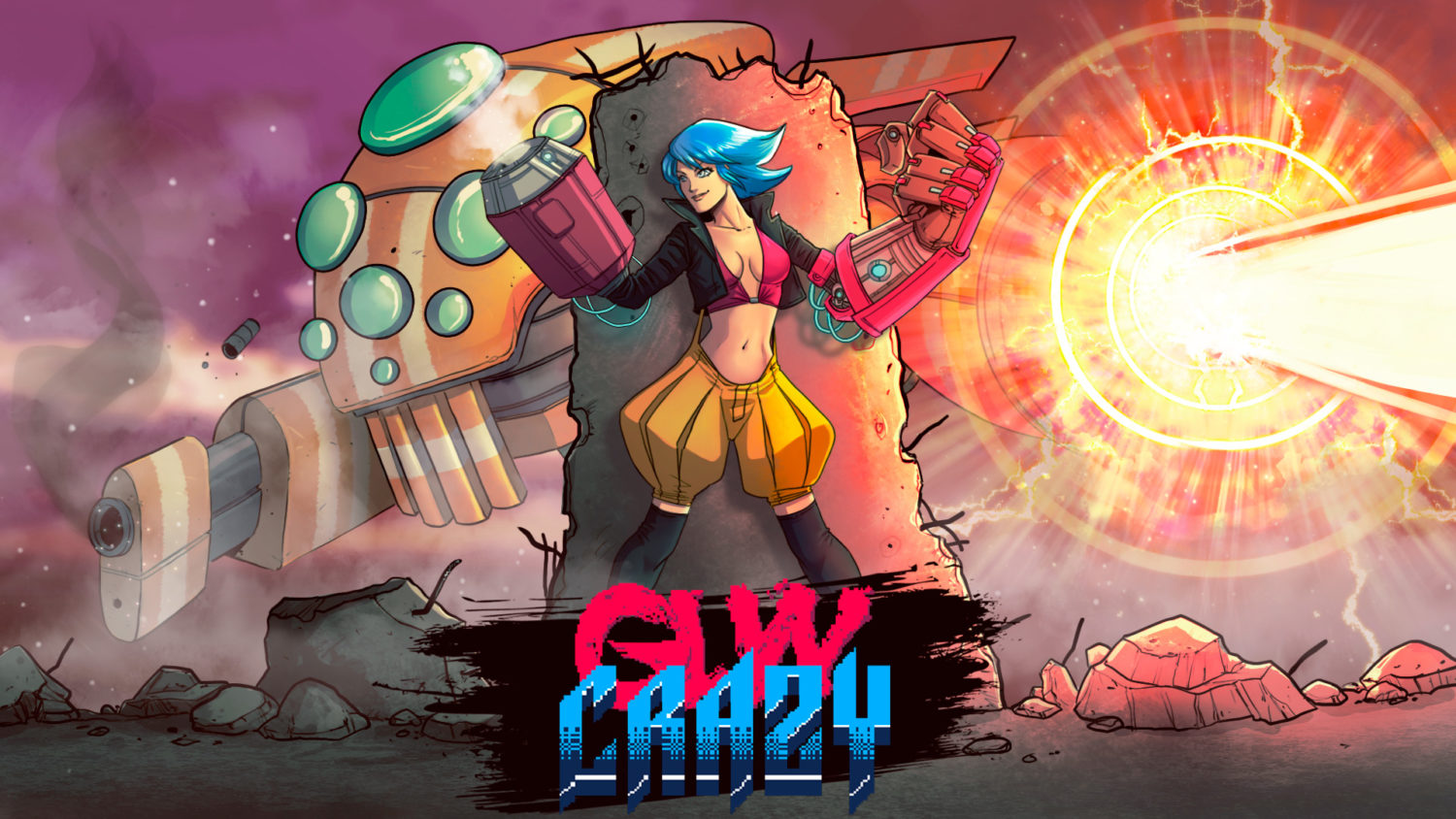 Gun Crazy, an arcade-style fast-paced shoot ’em up, has blasted its way onto the Nintendo Switch. As a throwback to SNES retro-style graphics, it sounds like a must-play for retro shoot-up fans, right?

Players take control of a blue-haired police officer as they blast their way through stages. Not much more of the story is given. It’s fun blasting your way through levels—well, for about thirty minutes or so. 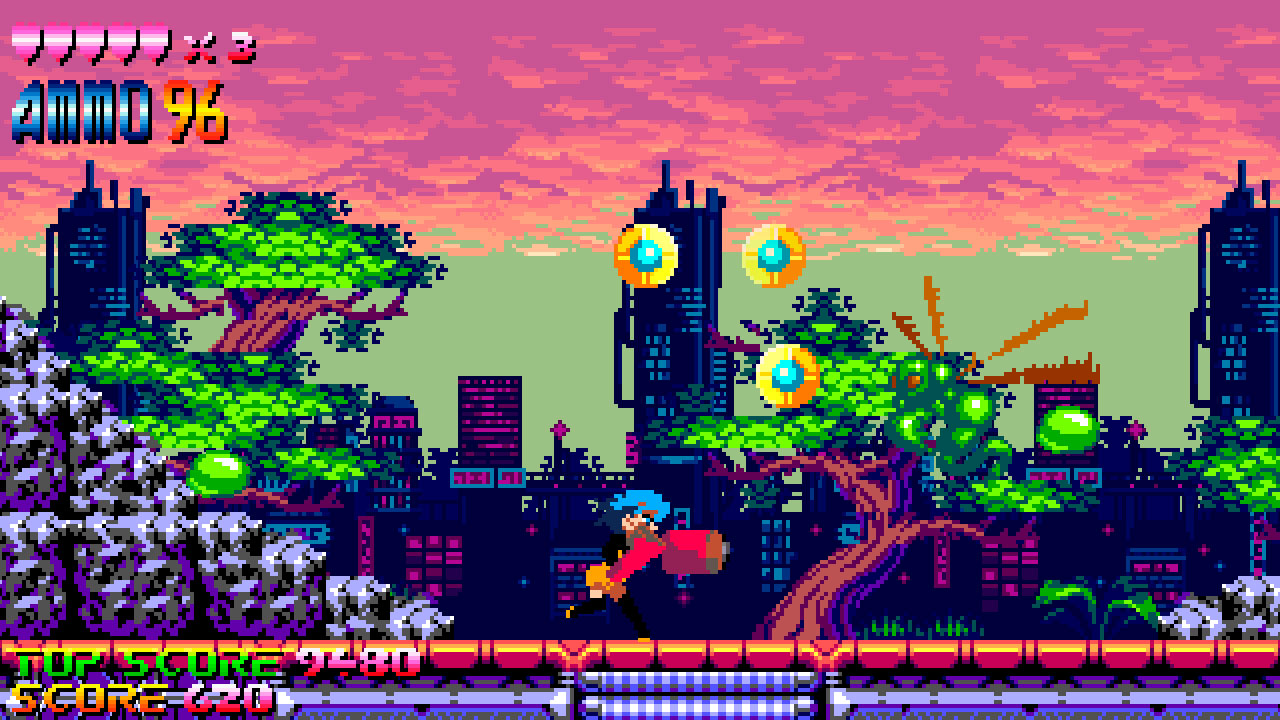 Each level has a slightly different theme. The levels are broken up into phases that end with a mini-boss. The first phase of level one seemed to ease you in with no real difficulty, but after that the phases became steadily much harder. As you blast your way through enemies, you automatically collect yellow gems that boost your score. There is a variety of different gun types that have slightly different abilities. Some shoot faster, others have more of a range. It could be kind of frustrating with the number of enemies on the screen even was trying to conserve your ammo for the power-up guns it was nearly impossible. The ammo was gone within seconds after picking up the gun.

The shortness of the game definitely holds it back. It seemed like things were just getting started, then it was over. Lack of any explanation of what was going on kind of made the game feel empty. It’s was also at times challenging to see where certain enemies were due to the number of bullets and gems on screen. The default weapon distance is limited to about half the screen, and the speed is rather slow. It could be a bit frustrating considering enemy bullets tend to have had a longer range and greater speed. It felt a tad unfair, especially in boss fights. 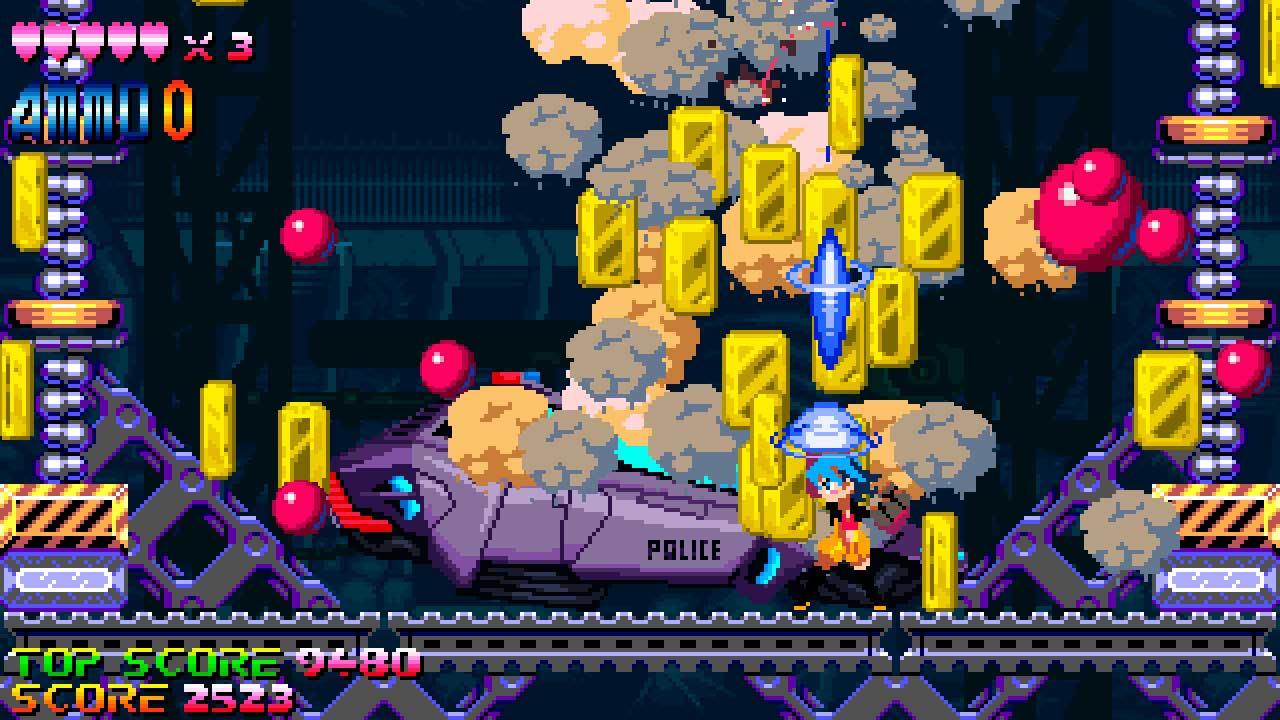 My time spent with Gun Crazy wasn’t terrible; it also wasn’t anything special. It felt like a half-baked idea that sacrificed length for difficulty. The game in its current state is hard to recommend, especially at the asking price of $4.99.

My time spent with Gun Crazy wasn’t terrible; it also wasn’t anything special. It felt like a half-baked idea that sacrificed length for difficulty. The game in its current state is hard to recommend, especially at the asking price of $4.99.