Gurumin 3D: A Monstrous Adventure, originally released on the PSP in America, is an action platformer/RPG developed by Nihon Falcom Corporation; and published by Mastiff. With simple yet addictive game play that harkens back to the Nintendo 64 and Dreamcast days, Gurumin can be a lot of fun, despite a few minor hiccups. 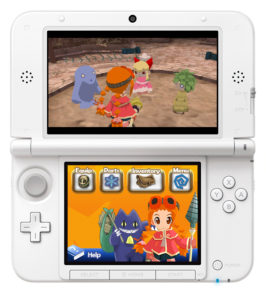 The story focuses on a young girl named Parin, who is sent to live with her grandfather in the sleepy mining town of Tiese while her parents are on an overseas excavation trip. By chance, she befriends a monster (which can only be seen by children) and discovers an entire village of monsters living just beyond a crack in the wall on the outskirts of Tiese. After learning the monsters’ home is endangered by the phantoms, Parin uses the power of the legendary drill to defend the monsters and rebuild their homes. The story may be simple, but the game more than makes up for that with its simplistic charm and goofy characters. As you progress through the game you’ll find yourself growing more attached to Parin and the monsters, as you witness their silly interactions with each other, rather than any deep plot device. 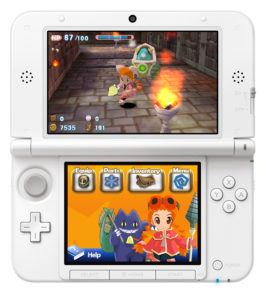 Story is only a small part of the presentation, however, and Gurumin has some nice surprises for you. Graphics are simple, yet colorful, and the designs of the monsters and environments feel like they came straight from a quirky Dreamcast title from Sega back in the day. The music is also worth noting, as tracks within the game range from genuinely catchy beats, to slightly bizarre songs that sample animal calls that will make you chuckle the first time you hear them. Add in some unexpected voice-acted cut scenes, and you’ll find yourself enjoying yourself as you explore the world of Gurumin. The only thing I can fault the presentation for is that the music skips as your transition from one screen to the next, and although it’s minor it’s still a bit jarring.

Gameplay is arguably more important than presentation, and although the gameplay is simple, it still manages to keep you coming back until you beat the story. Each level Parin visits on her quest is its own labyrinth, with the goal being to defeat all of the enemies and solve all the puzzles to get to the end. This goal never really changes or gets too terribly difficult, but the environments are interesting enough to make you want to explore and find all the treasures and break all of the pots. 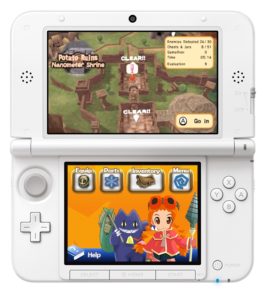 Each stage is ranked, and performing well will grant you gold medals that you can exchange for new hats. Hats can be purchased and upgraded in town, and upgrading them to become immune to certain hazards, or to up your attack power, is both necessary and fun to do. It is even possible to unlock costumes to match your hat, and doing so can boost the effects of your headwear.

The combat in Gurumin is relatively simple, the A button attacks, and the X button can be used to dodge. There are combos for you to purchase to give you more drill strength, but once you find a particular combo that works best for you, chances are you’ll stick with using it for the rest of the game. What does keep the combat from getting dull, however, is your drill’s power level. As you defeat enemies and destroy objects within a stage, your drill’s level will increase, and you’ll do more damage. Take too many hits, and you will level down, making some fights tougher. This is especially important in boss battles, as being careful not to take too much damage can really make a difference in the difficulty of said boss. Even though this level system keeps the combat interesting, oftentimes it can feel like the game is eating your inputs if you mash the attack button too quickly, and this can be frustrating at times. 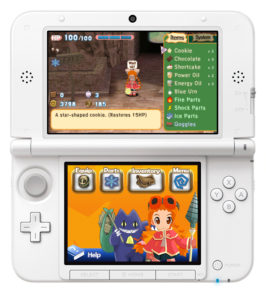 Gurumin 3D: A Monstrous Adventure is a quirky little title that has plenty of charm to it. The bouncy music and design of the characters make this game feel like it came from the N64 and Dreamcast era where 3D platforming games were king. Gameplay is simple, yet satisfying, and those who enjoy platform games with a tiny bit of RPG elements mixed in will most likely find themselves having a good time with this game. Besides the music skipping on screen transitions, and inputs sometimes being eaten during combat segments, there isn’t too much to fault the game for. At $14.99 on the eShop ($11.99 until January 25th), the game is worth considering if you’ve made it this far and are still intrigued. If, however, the idea of a 3D platformer that looks and plays like a Dreamcast-era game doesn’t sound like your cup of tea, then it might be best to pass this one up.

Despite some audio hiccups and slightly clunky combat, Gurumin’s simplistic game play is addicting, and feels like it belongs in the era of the N64 and Dreamcast.