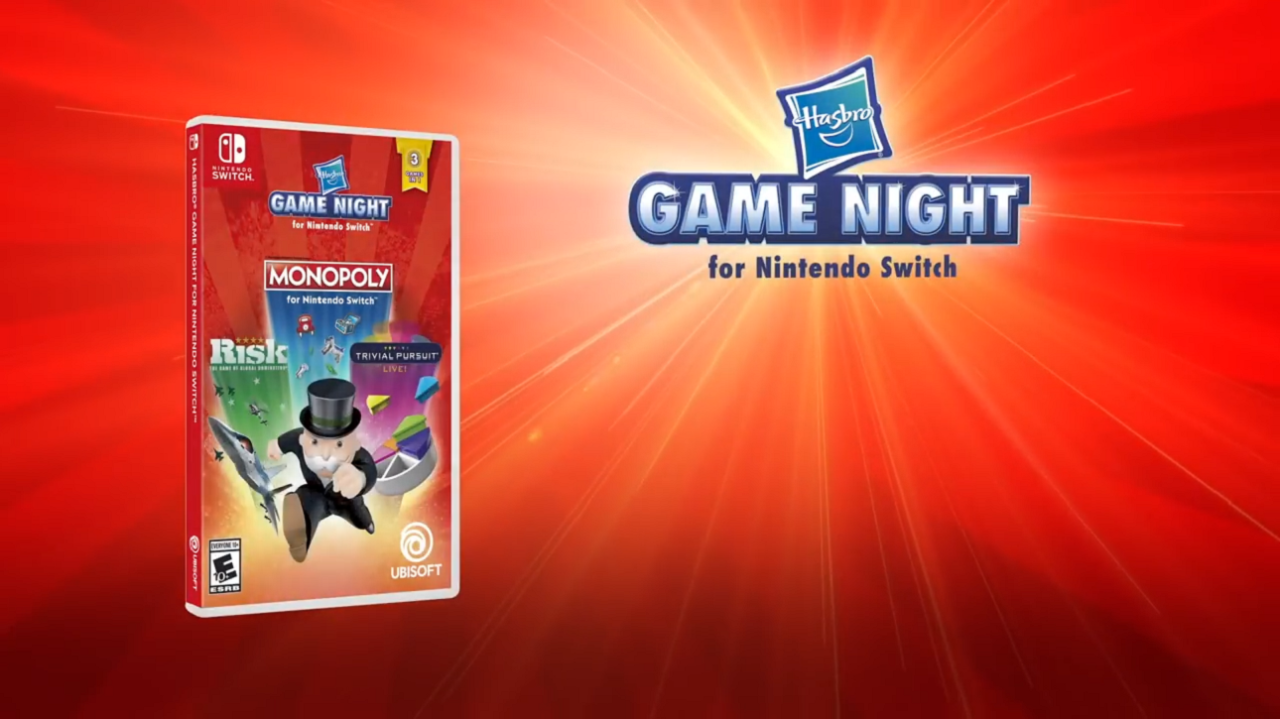 A trio of classic board games packed together into a single Nintendo Switch Game Card, Hasbro Game Night tries to offer a good bang for the buck. It almost succeeds, too. Only one dud prevents me from declaring this a great package, though I still feel it’s a good one.

The best of this batch is Monopoly, released on the Switch last year. Reported load time issues are no more, making a lengthy experience a bit brisker. Playing with friends is great fun, and the computer does a fair job also. They tend to get “lucky” rolls and are more forgiving on trades, but I’ve still played some entertaining matches against the AI. Friend matches are most memorable though, so if you have a few pals who find the board game enjoyable you’ll have a nice. No more having to assign a banker, or clean up tiny hotel pieces either. 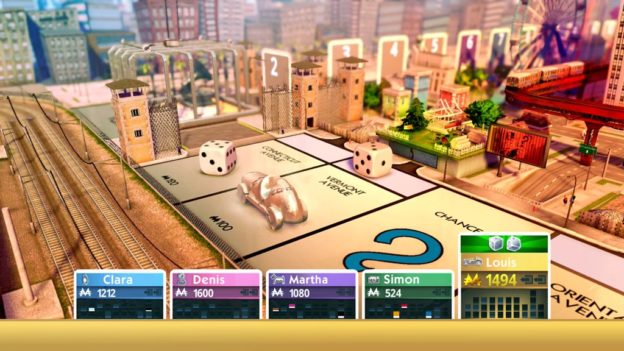 The living 3D game boards bring some nice eye candy in Monopoly. Purists can play with a classic board, or split the difference and play a classic board with Rabbid aesthetics. The jazzy background music is refreshingly very good, thankfully as you’ll be hearing a lot of it over the course of long matches. Other noteworthy things are the rumble of dice and the option to choose from pre-set house rules. The latter is important – who plays without winning money on Free Parking? You can only pick one house rule though.

Trivial Pursuit Live! changes things up. Instead of the slower paced board game, you now have a lively game show format. This alteration could trigger mixed feelings, but my Trivial-Pursuit loving wife enjoyed the twist. The game is varied, so you’ll find yourself both taking turns and playing all at once. We even managed to find some online competition. A shorter game may be advisable for the latter, but the game is well-paced even at the lengthiest setting. 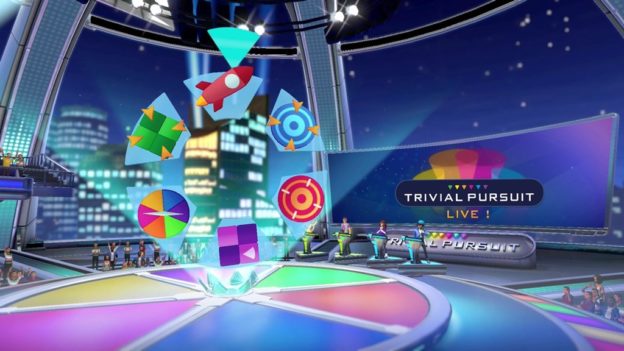 The final game here is RISK Global Domination. It’s a bust. The other games, though obviously better in local multiplayer, at least offer pretty good gameplay for the solo gamer. That’s not the case here. The dice rolls are ridiculous – how many times can the game claim I have a 99% chance of success only for me to lose? It ventures into uncanny territory, and even when I appear to be doing well I never feel like I have an honest chance. This game is just not programmed well. Give me a real board. 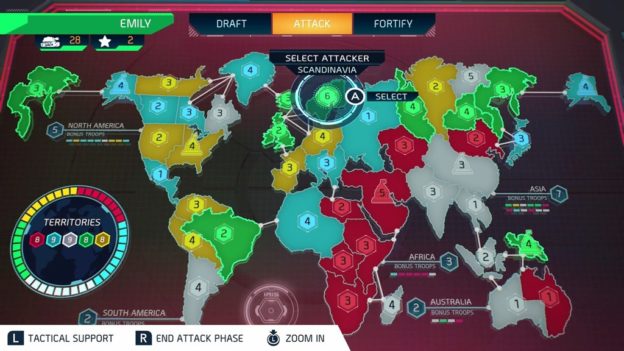 For $59.99 you get too good games, and one poor one. As RISK is skippable, you might consider grabbing Monopoly (if you haven’t already) and Trivial Pursuit on the eShop for $19.99 each as they’re worth it. If you prefer physical, wait for Hasbro Game Night to drop to 39.99.

For $59.99 you get too good games, and one poor one. As RISK is skippable, you might consider grabbing Monopoly (if you haven’t already) and Trivial Pursuit on the eShop for $19.99 each as they’re worth it. If you prefer physical, wait for Hasbro Game Night to drop to 39.99.