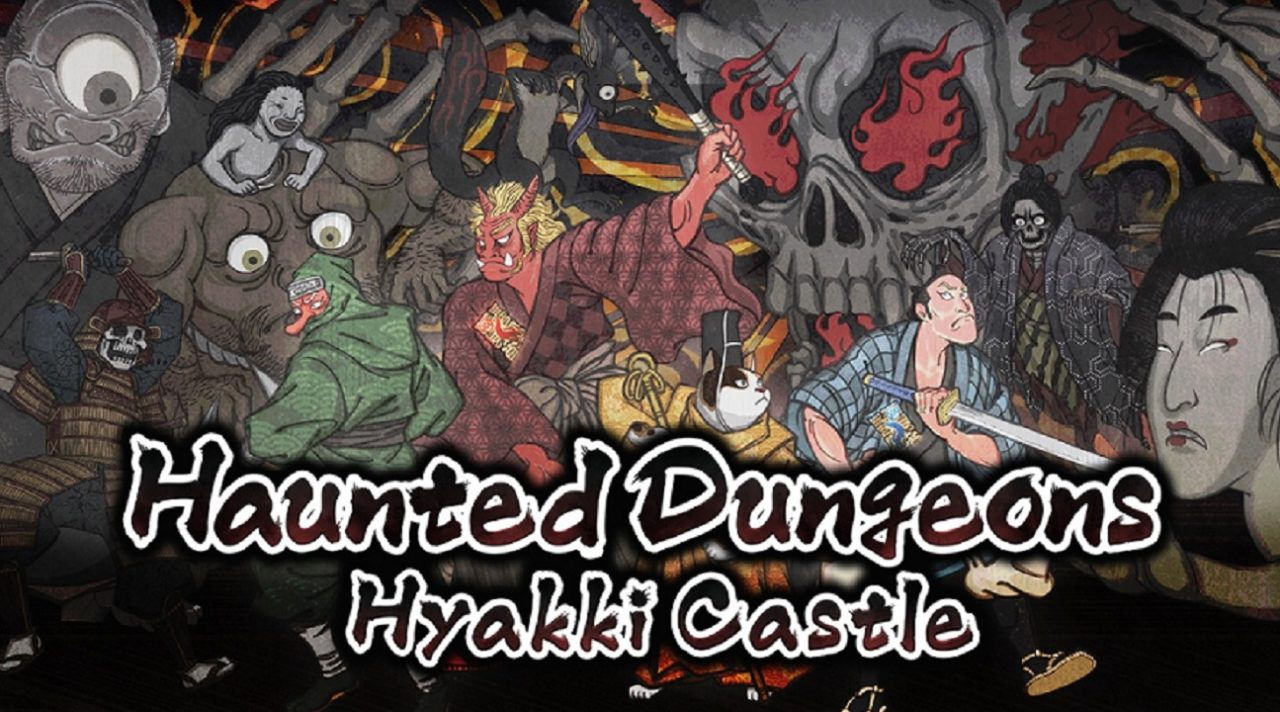 Haunted Dungeons: Hyakki Castle is the definition of niche. This first-person RPG starts your four-man team at the bottom of a creepy 1600s Japanese Castle, asking you to explore and fight your way up the building to defeat an evil sorcerer who threatens the Tokugawa Shogunate. Each floor in the castle is a grid-based dungeon with a beginning, an end and many enemies and puzzles in between. You explore these maps similarly to a chess board, moving one square at a time and rotating your view at 90-degree increments.

The core gameplay loop is simple, you start each floor with an incomplete map of its layout which fills in as you explore the lonely narrow corridors, solving puzzles, fighting Yokai (supernatural creatures from Japanese folklore) and collecting items for party members to use. While not quite a full-on horror game, Hyakki Castle is an eerie place to be in and does present occasional jump-scares. Fitting with this is the lack of any music, leaving your ears to focus purely on the sounds of trap doors opening, spike traps springing and monsters grunting.

Combat is a key focus. When facing an enemy, you cycle through party members on the fly and use an attack from each one while the others cooldown for you to use again. Enemies also attack on a cooldown and generally your best option when they do is to dodge by moving to a different square. Foes usually have enormous amounts of hit points, making combat slow and tedious, unless you’re able to take advantage of weaknesses. Yokai who have fire, water or earth elements are weak to water, earth and fire respectively so using the right one will increase damage done and slightly speed up battles. Unfortunately, this alone isn’t powerful enough to get through enemies at a less-than-boring rate, especially since elemental attacks use up magic points so they must be used sparingly. The real trick to quickly dispatching enemies, therefore being able to enjoy the game, is to use the party-split mechanic. At any time, the team can be separated into two squads with the screen split in half as well as if it were local multiplayer, but only one squad can be controlled at a time. This creates a combat opportunity to surround the enemy with the two teams, allowing one to deal critical damage from behind while the other draws attention from the front. Swapping between the teams quickly enough to dodge attacks, and holding enemy attention to attack from behind in quick succession is difficult, but successfully pulling this off is the main, perhaps only, source of great satisfaction in the game. Players who choose not to take advantage of this mechanic should still be able to progress, but at a snail’s pace in comparison to those who master the technique, and this will likely be the determining factor for whether the player enjoys the game or not.

Outside of combat, puzzles add some gameplay variety and usually reward the player with armour and items for health or magic restoration. Collecting these is fun and each one is themed appropriately, originating from Japanese culture and even coming with a description of its use in real life or mythology. Graphics are good and seem to set the tone exactly as intended. Textures are especially high quality, but there is a general lack of variety in the environments. Most walls look identical and rooms and corridors are usually empty, though this may be intentional to keep dungeons more labyrinthian and confusing.

Ultimately, the game is very focussed on just two draws, the moderate satisfaction of collecting items, and for those who achieve it, the fun of overwhelming and quickly destroying powerful enemies. For hardcore fans of dungeon crawlers who are also up for a difficult multi-tasking challenge and really like the 1600s Japan setting, there is fun to be had with Hyakki Castle. Unfortunately, even for the specific gamer that meets the criteria, the game’s rough edges (debug code appearing in menus, and apparently mistranslated tutorials) will detract from the experience, enough to advise that buyers wait for a large price drop from the game’s original $14 before buying.

Only gamers who specifically love dungeon crawling and the 1600s Japan setting should keep an eye out for this game during a 50% or higher price drop. Others will likely be frustrated by long and repetitive combat in a generally very repetitive game.