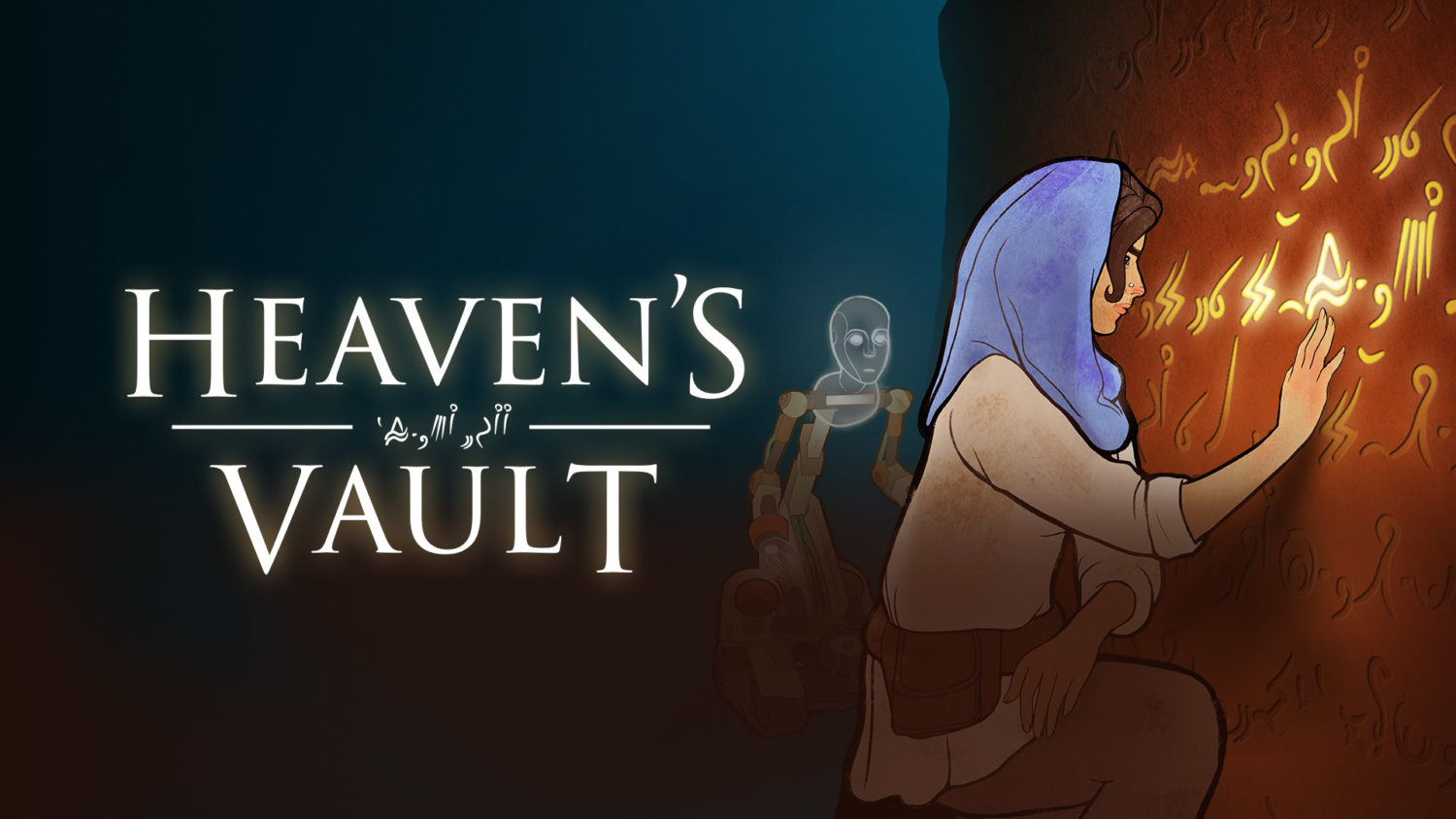 Heaven’s Vault was nominated for many awards since its 2019 release date. So naturally, I was expecting great things. While this isn’t my usual “cup of tea,” playing Heaven’s Vault was a nice change of pace. It’s like traveling through the pages of a very immersive, vibrant storybook that you get to interact with. One of the most unique things about this game is the different puzzles you encounter throughout the story. But does Heaven’s Vault live up to the hype on its newest home, the Nintendo Switch?

Take on the role of Aliya Elasra, an archeologist who is summoned back to her home town to search for a famous robot engineer that’s gone missing. Alongside her for this journey is her robot buddy, Six. Usually, I’d be excited to have a little friend along for the ride, but Six is kind of annoying after a while. I expected him to add some comic relief to the story. Instead, he’s just a cute pest. Six was assigned to kind of “watch over” Aliya by a government type agency called IOX. They seem kind of shady, but I’ll let you decide that for yourself. 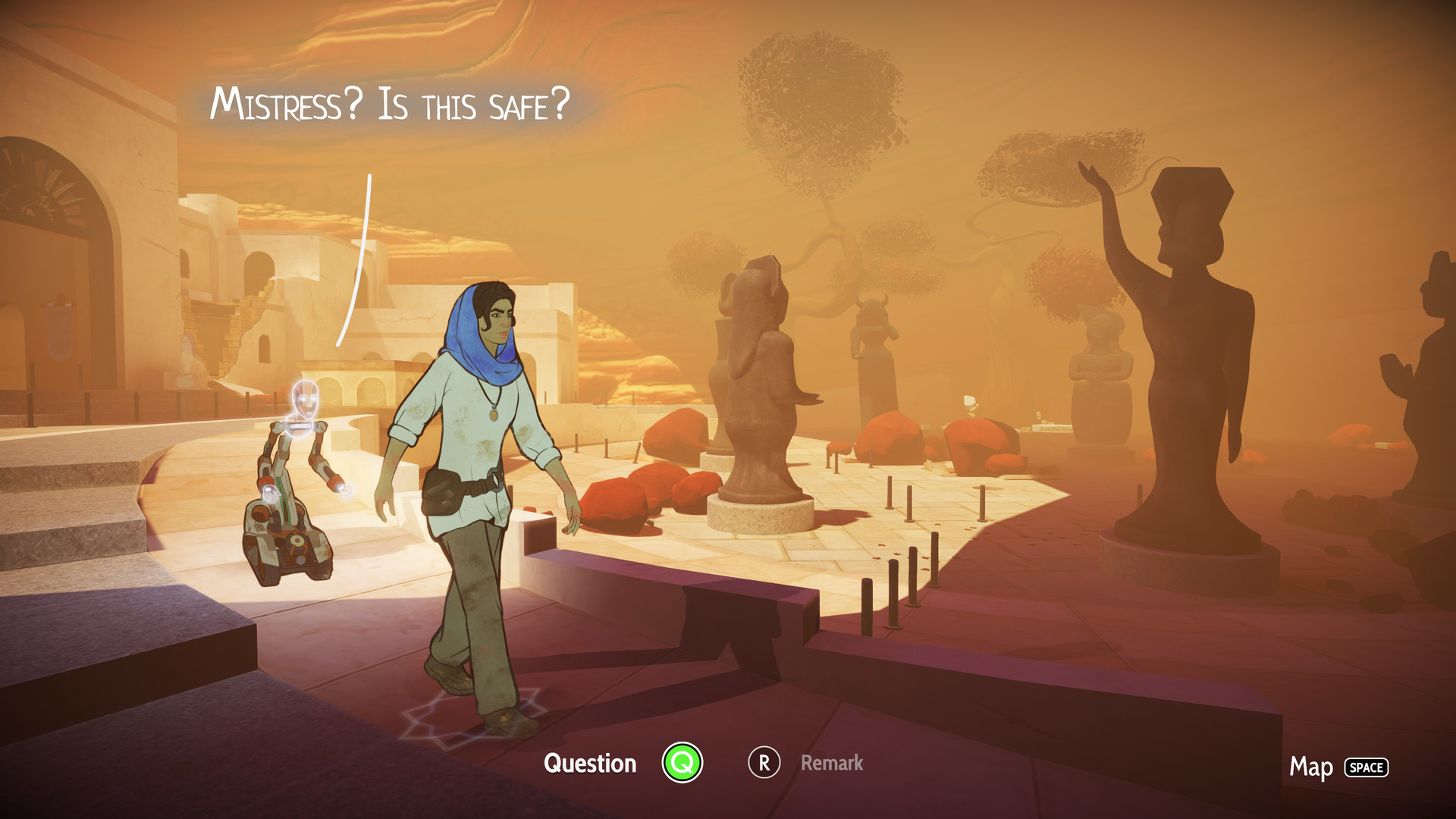 Speaking of decisions, a lot of the narrative paths are decided by the player themselves. You get to decide how Aliya answers people, usually with up to four different choices. Sometimes you get to choose multiple responses: sometimes, you make important decisions that affect the story without even knowing it. That’s a big plus for me. I like to see all of the different outcomes in a game and learn the story inside and out. It also gives Heaven’s Vault a great amount of replay value. 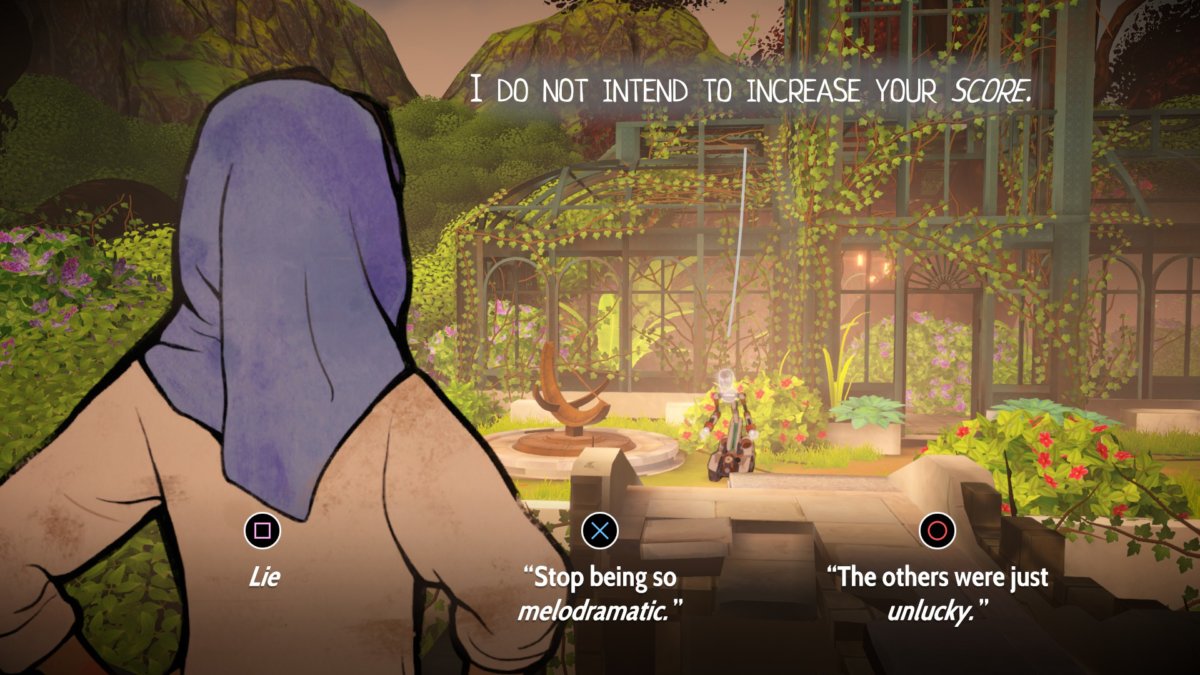 The “unique puzzles” I mentioned before are indeed… different. During your journey, you will need to decipher ancient texts and languages in order to solve clues and progress. In the beginning, I was pretty confused about what to do. They kind of just gave me some options, and I chose what I thought sounded best. But later in the game, you start to actually learn the language, and you’re able to translate things that you couldn’t before. It’s pretty neat, and it’s also kind of funny to go back and see how bad you were at translating this stuff in the beginning.

Heaven’s Vault on the Switch is updated a bit, adding a more challenging experience and allowing players to kind of “rewrite” the past in a helpful way. This lets players experience some of the other storylines or change their narrative altogether without having to backtrack or start a new game. 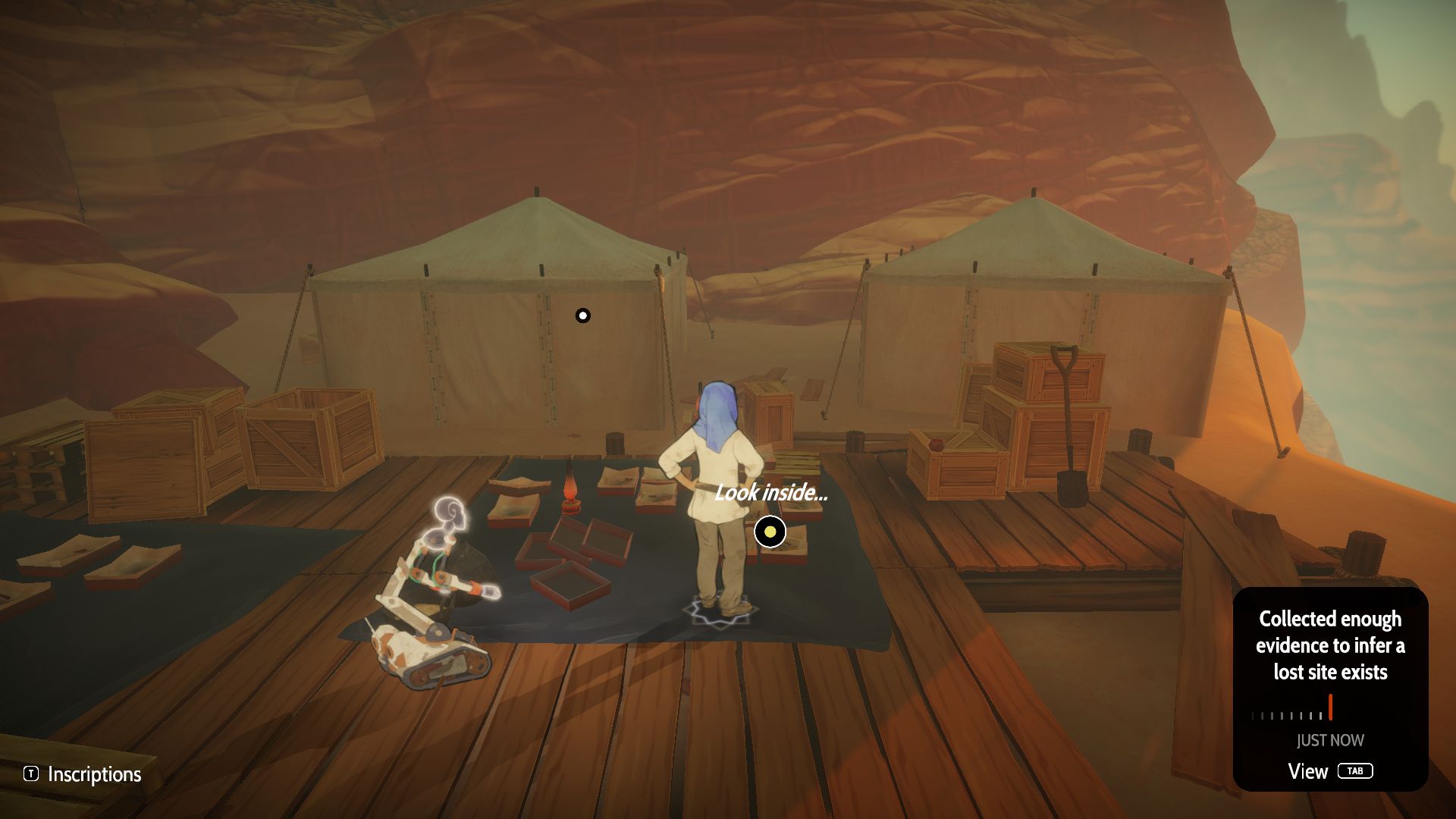 The world in Heaven’s Vault is really pretty. Sometimes, it reminded me of Breath of the Wild. While it’s nowhere near that awesome, it does have a detailed, cel-shaded, cartoonish look to it that I liked. The environments that you explore are all really beautiful. It would be neat to be able to explore them a bit more, or find some hidden areas and meet some needy, side-quest giving NPC. But, other than the puzzle-solving stuff and the story stuff, there isn’t much else going on. Which is fine; Heaven’s Vault has plenty to offer without giving in to the pattern that most games have. After all, that’s what makes an indie game so unique, right?

Heaven’s Vault is a relaxing game with an interesting, immersive storyline. I haven’t played it on any other platforms, but it seems to have found a good home on the Nintendo Switch. I was pleasantly surprised with how much I enjoyed playing this game. Check it out on the Nintendo Switch Eshop now.

Heaven’s Vault is a relaxing game with an interesting, immersive storyline and a beautiful world to explore. While it lacks some “side activities,” it has plenty to offer with its unique puzzle system and tons of replay value.