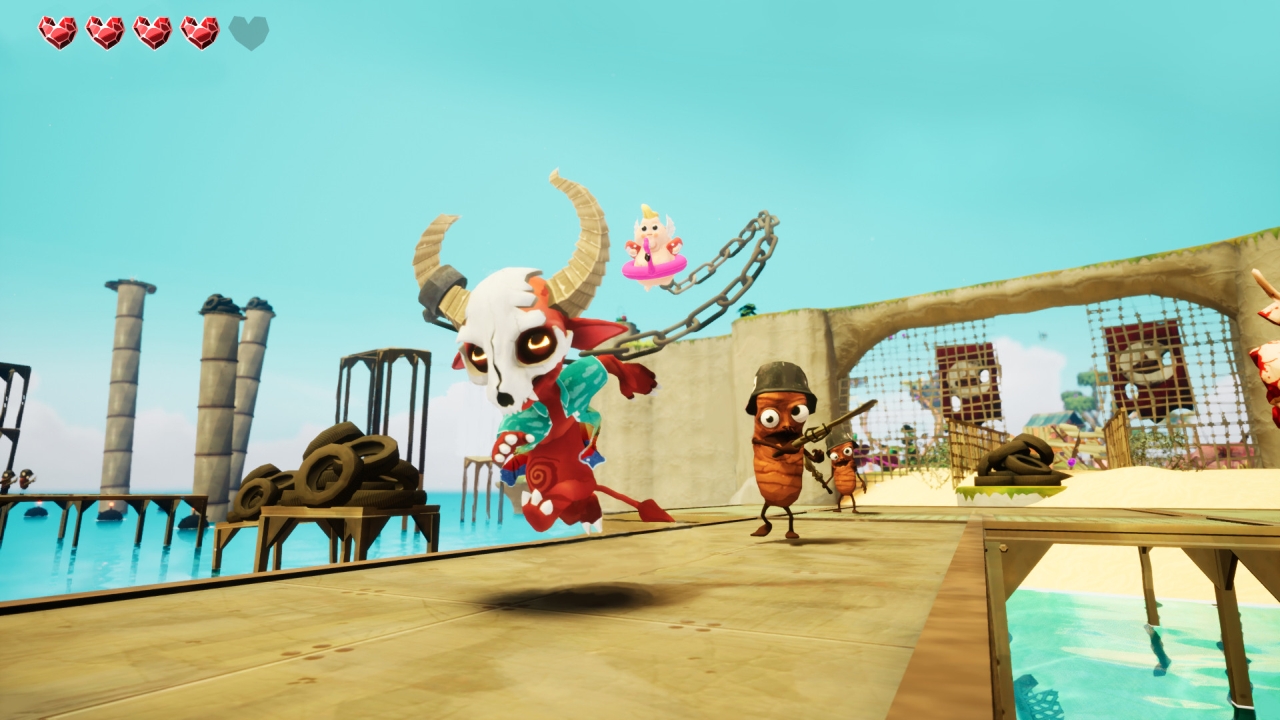 A 3D platformer that prides itself on obscenity, Hell Pie stars a demon of bad taste on an epic adventure through the many layers of Hell.

You play as Nate, a pen-pushing demon usually relegated to the admin offices of the underworld. When you receive a phone call meant for someone else, you are sent on a mission through the various worlds of Hell to collect disgusting ingredients for Satan’s birthday pie – the titular Hell Pie.

The premise is essentially a fetch quest acting as an excuse to send you off on an adventure through various silly and gross environments. 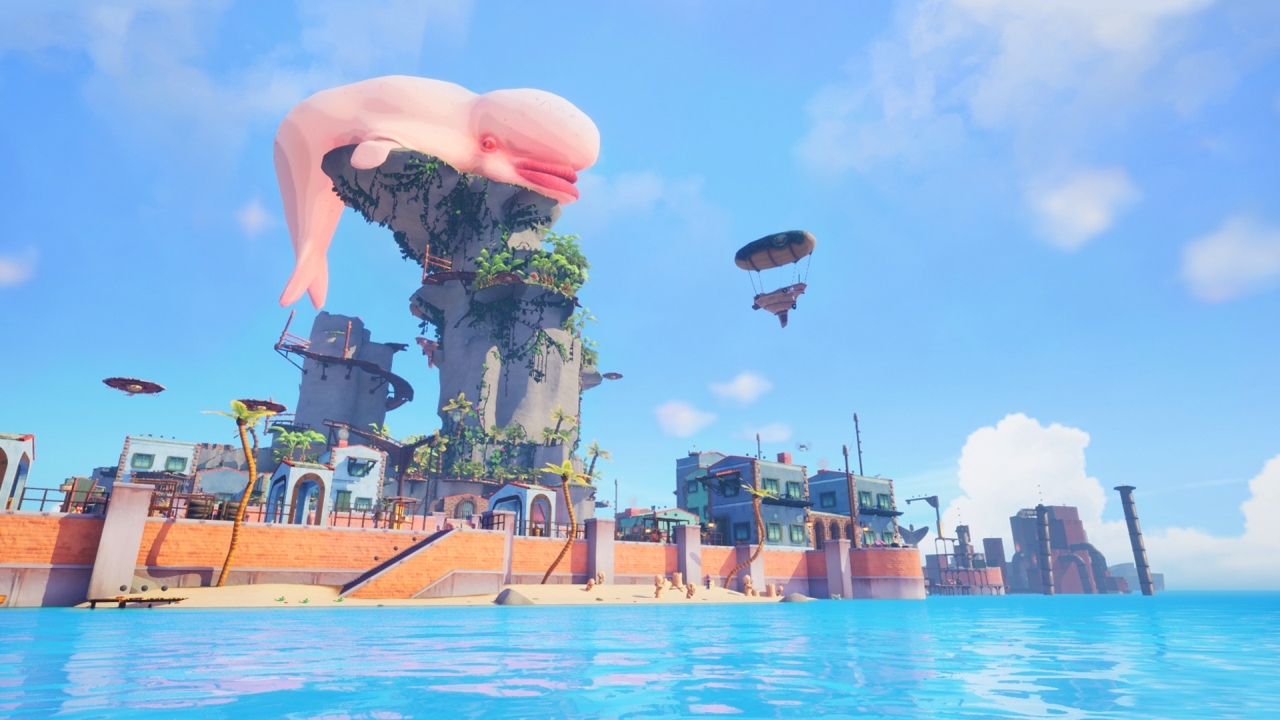 The controls are easy to pick up. As well as running, jumping and climbing over obstacles, you are granted an angel named Nugget to accompany you. Nugget is a disgusting leaking baby floating above your head on a tether. You can use the tether to fling Nugget around, using him as either a weapon or a grappling hook.

The ingredients you seek are scattered around various levels inspired by the Seven Deadly Sins. You get a glimpse of the degeneracy that awaits you from the corridors of your office and have to visit one at a time to find rotten eggs, vomit and other sinfully disgusting things for Satan’s chef.

There are plenty of bonuses to find scattered around each world. Tins of food feed Nugget and level up your shared skills. You’ll also find garish clothing to dress both Nugget and Nate in to display your truly hideous taste to every demon you encounter. 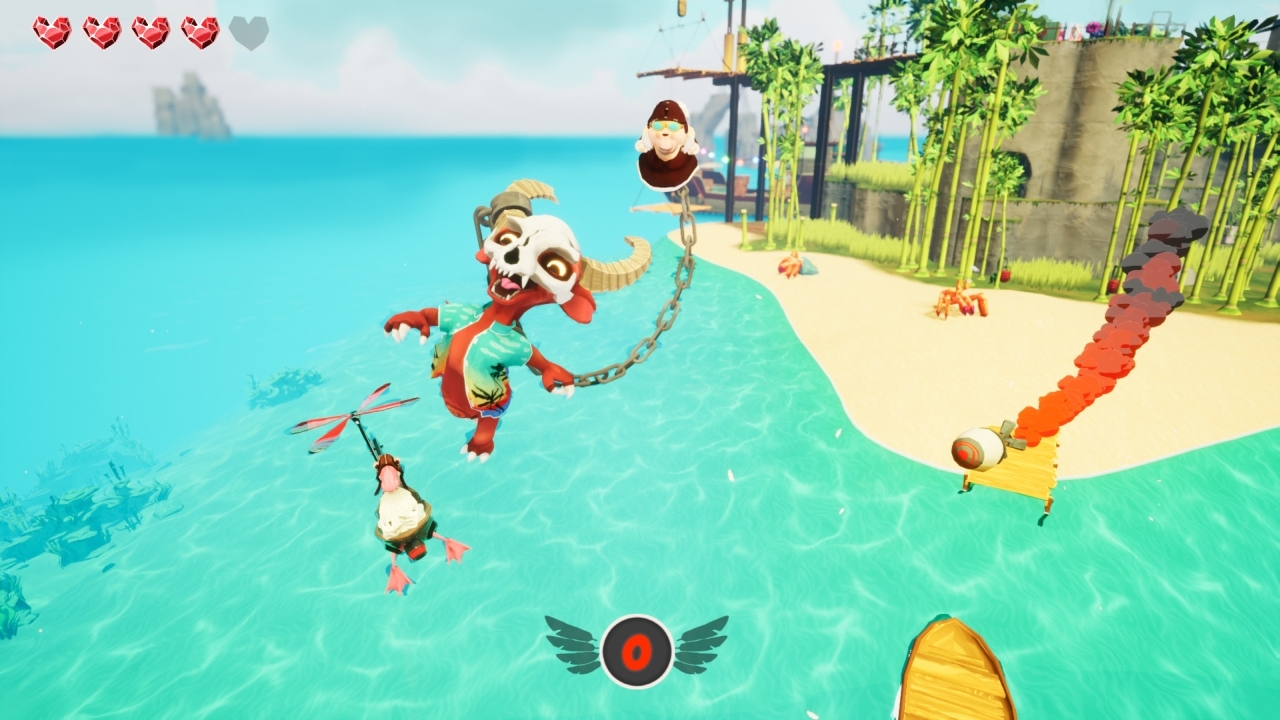 The creators of this game have done an excellent job of balancing fun gameplay with their signature gross-out humour. This is certainly not a game for anyone with a sensitive stomach, but the jokes tend not to go too far. The moves you learn are fun, and some elements of the levels are even quite challenging to complete. For all its silliness, Hell Pie doesn’t let you coast through it.

The combination of platformer action and immature humour feels almost nostalgic, combining to make a silly game that makes you feel like a kid again while you play it. But a kid doing something they probably shouldn’t be, particularly when it comes to the rude gags. 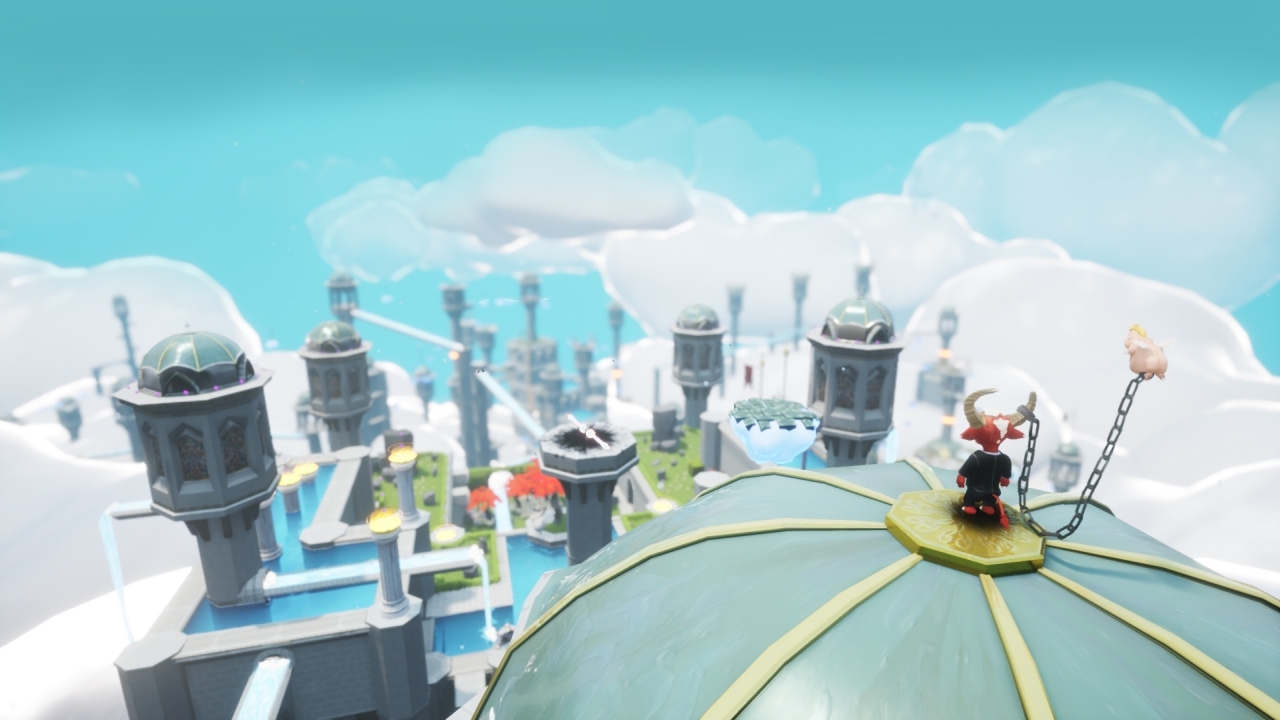 Unfortunately, the game is currently hampered on Switch by a glitch in the second level that crashes the game. If you reboot it, Hell Pie will play for a few minutes before crashing again. The developers are aware of this issue and have Tweeted their commitment to fixing it. While their acknowledgement of the issue is reassuring, as of yet there haven’t been any new updates since mid-September. Until they resolve the glitch, Hell Pie is effectively unplayable, delivering only a fraction of the content promised.

This is a genuine shame because the first level primed me for the kind of game I could have happily got lost in.

Hell Pie has the beginnings of an entertaining game with a silly sense of humour and classic platformer action, which has sadly been scuppered on the Switch by a glitch that crashes the game as soon as you hit the second level.