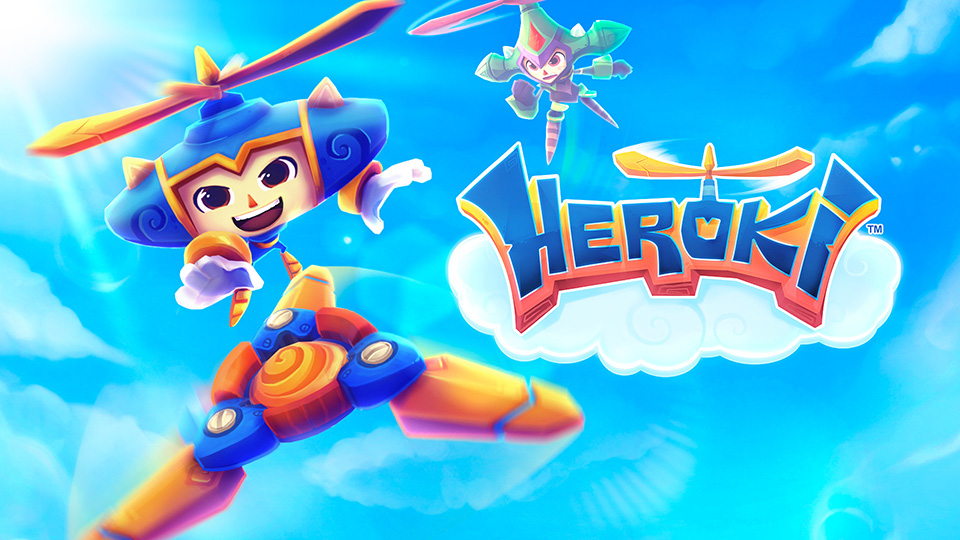 Heroki is an accessible, side-scrolling adventure game with a beautiful art style. The game has fun characters, some interesting levels, but how does the game stand-up overall? 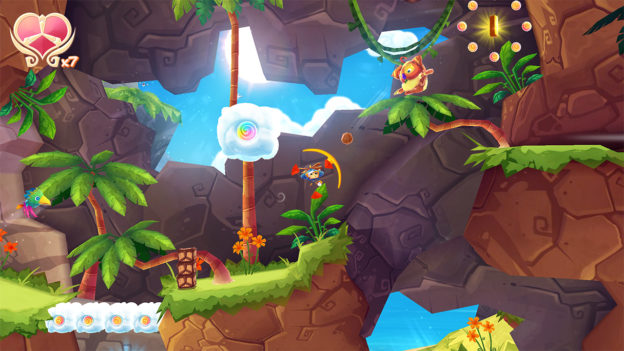 Players take control of Heroki, our flying hero who lives in the village of Levantia. One day, the evil “Dr. N. Forchin” takes off with the magical amulet known as the Emerix. In order to restore balance, Heroki must retrieve the Emerix and defeat Dr. N. Forchin. It’s not the most original story in the world but it’s enough to motivate players–at least through the initial levels. 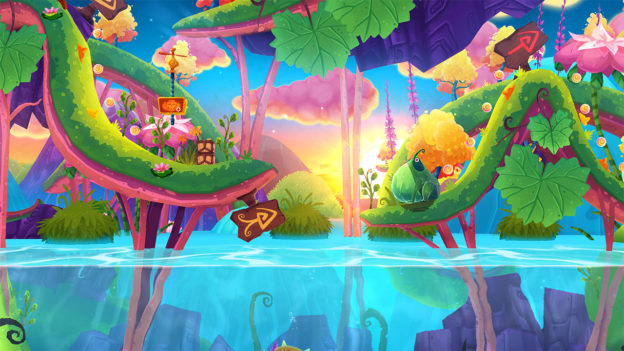 The gameplay in Heroki is similar to the recent Donkey Kong Country games. Instead of traversing the ground and jumping around, players control Heroki by flying him around in the air or swimming under water. Heroki can pick up objects, certain enemies and even interact with various switches/mechanisms. Initially, I was enjoying my time with Heroki and was surprised how polished everything seemed to be. The visuals were clean and beautiful, the user interface was top-notch, but the game begins to show some of its shortcomings after 2-3 levels. You see, like Donkey Kong Country games or even most level-based games, there is a main hub world containing a series of levels. What became immediately apparent was how similar the levels in each hub world were to one another. 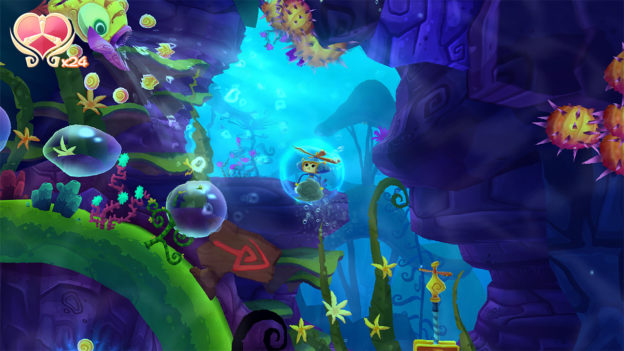 After playing 3 levels, there weren’t a lot of new gameplay mechanics introduced. It was the same sort of loop in almost identical surroundings. Sure the paths to get through the level are all unique, but the enemies, collectible items and gates were all the same. By the 7th or 8th level in a world, I was very ready to move on. The first level of the next world was always a breath of fresh air, but it came with the harsh realization that each subsequent level would be highly derivative. Unfortunately this cycle continued for the rest of the game. Occasionally there would be a different enough level to be interesting, but they were few and far between. 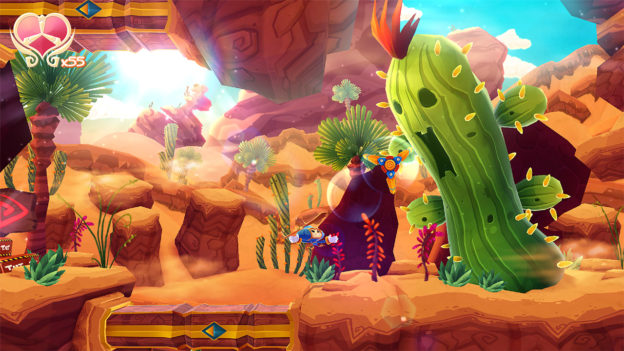 On the visual side of things, I can’t say enough good things about Heroki. Everything from the art style, the animations, even the text dialogue font, were all extremely polished. It’s what you would expect from a high-profile, $60 game honestly. One thing that was also nice was the font size for the game’s dialogue. It was very large and legible which is extremely important.

Overall, Heroki is a very polished, solid game. For only $9.99, there’s a decent amount of content and beautiful visuals. The game’s art style reminded me a lot of the Lost Winds games from the Nintendo WiiWare days. Heroki has a lot of things going for it, but the lack of diverse levels really drags down the experience.

Overall, Heroki is a very polished, solid game. For only $9.99, there’s a decent amount of content and beautiful visuals. The game’s art style reminded me a lot of the Lost Winds games from the Nintendo WiiWare days. Heroki has a lot of things going for it, but the lack of diverse levels really drags down the experience.