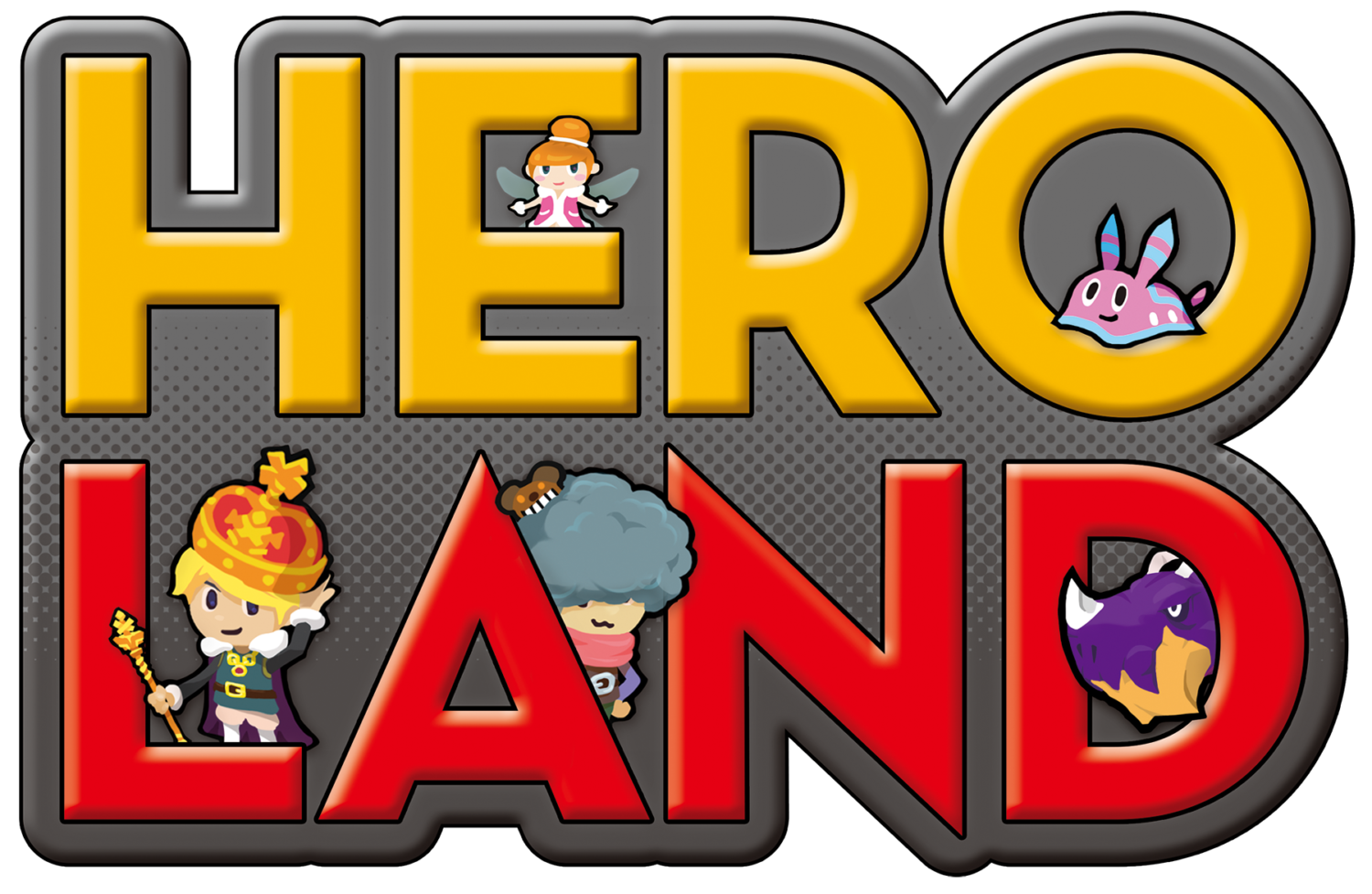 Once in a while, a great cast of characters assembles to take on dark powers or to save the lives of numerous people. These characters can be normal folk — part-timers, if you will — who simply work at a theme park or attraction. Even though the odds are against them and they don’t have any discernible skills, it is those specific people who are most needed when the call-to-arms is rang.

From an eclectic cast of characters all their own, Heroland was developed by former Fantasy Life, Legend of Mana, and Mother 3 veterans, with a blessed soundtrack from the great Tsukasa Masuko of Shin Megami Tensei fame. Featuring deep RPG mechanics and one of the more unique combat twists I have seen in gaming, this is a title that really should raise some eyebrows. But with a grind that resembles the JRPG foundations it is built on, Heroland will probably end up being a semi-divisive title.

You are Lucky, a simple passerby who has found his way to the gates of the famous Heroland, where dungeon crawling and monster slaying is replicated for audiences near and far. Based on its rich history, you must delve through several levels of enemies to make your way to the Dark Lord, who was defeated by the great king of this land long ago. After being hoodwinked into what amounts to indentured servitude, you begin to work at this hollow of fun and excitement in order to pay off your debts. After meeting over twenty characters whom you will be guiding through the park’s experiences, you come across some characters that make quite the impression on you. Between Prince Elric, the son of the king presently sitting eighteenth in the line of succession, to his rival Mel who sits at sixteenth, and several other diverse characters, you will have no shortage of personalities to meet and get to know. As you help otters, knightly inspectors, and some legends of old through the simulations, you will get closer to unearthing the real underlying issue at heart here. This is by far the strongest feature of this title. The cast is a group with whom I wanted to interact as much as possible, and the wacky setting and story all make for an experience I truly enjoyed. Exquisite writing, though a bit long in the tooth at times, really opens up the fourth-wall breaks and gaming puns into a well-rounded comedic adventure.

The combat system in Heroland is something that only a truly creative mind would have considered. Each run is made up of a group of four heroes from four character classes: healer, mage, warrior, and tank. Strategizing how to best choose your party and to properly equip them is the bread and butter leading up to each stage. Traditionally, in JRPGs you take a party of heroes into fights and make the decisions as to which character will do what. However, in this game you are simply a guide, and so as the characters in your party take on this adventure you will be sitting in the background keeping an eye on everything, ensuring everyone has a good time. The only things you are tasked with during the combat phase is dropping healing items onto the party members who are in need or giving some helpful guidance to the characters who are falling a bit behind.

The item system is pretty basic, where you can access the health and status effect items for the safety of the party, as dying is not a fun time at all. A timer runs down to keep you from spamming items, so you have a little bit of strategy with timing and proper usage as you watch attacks fly back and forth between the park customers and the mascots.

Guidance is offered to the guests when necessary to help them with their AI’s basic strategies and tasks. You can command your group to do things like increase the amount of special attacks used or guard themselves from incoming blows, as well as retreat from the tour altogether. This allows you to keep that combat-crazy healer in check while the party is ailing or make that tough guy tank take a step back and protect himself while waiting for some sweet, sweet heals. This portion of your abilities allows for you to basically decide what the party is doing, but with the limiting factor of the clocked timer, you have to let your children grow up and do a majority of their actions on their own.

Between these two systems you have a lot of interesting ideas, but a little bit of a boring slog at the same time. Anyone who gets antsy not having their hands on every portion of a party’s moves or gets bored during lulls in the action will probably loathe the fact you aren’t actually making any hard decisions or button mashing your own way through these imposter monsters yourself. I didn’t mind it personally, as I find the grind of most JRPGs to be distasteful, and I enjoyed this more casual, relaxed way of play. However, between this portion of the game and dialogue sections that can seem to go on a bit longer than necessary, you have the makings for a “sit back and relax” experience that some will consider dull.

At the end of each dungeon the experience points are awarded to the party and yourself. The party gains experience simply from completion of the dungeon; however, the guide gets his goodies through more interesting means. Your guidance level is based on how much fun the party had during their adventure, and so you will need to manipulate their happiness score in order to gain as much XP as possible. This is done through treasure that is found as enemy drops or in chests, where you will allocate these items out to the characters who would enjoy that item or simply have a lower score at that time. Critical hits and monster kills also increase each members fun factor, so keeping that in mind will also be a crucial part of maximizing your earnings at the end.

Additionally, item drops open up additional weapons for your group to garner, as well as summoning orbs from rare plushies that can give your party an additional monster to help in the fight. Weapons have a durability system that feels extremely random and a bit unfair at times, as the weapons break if your cast members use the item’s special attacks too much. Considering that is out of your hands for the most part, this is something I wasn’t a big fan of. Items can be used during a run to help increase the durability to avoid this, and additional copies of the weapons can be purchased from the blacksmith as replacements, so there are some ways to save yourself from losing that super rare sword or hammer, but all in all I could have done without this mechanic entirely.

Although not difficult, Heroland definitely keeps you on your toes. As long as you utilize proper item management, you can pretty much best any foes, but your biggest setback will come from an under-leveled group or taking a wrong turn in the dungeon progression. For starters, with such a large cast and only four characters that can enter each run, you have some that get left behind fairly regularly. Even though the XP gets divided out to bench warmers in a more miniscule amount, you will find characters that are required for certain story missions who are not as strong as they should be. To remedy this, you can either wing it and hope your groups stronger members can carry your weakest links or grind a bit for experience. Grinding isn’t necessarily required, luckily, unless you are trying for money, weapon drops, or getting specific party members up to snuff. With the regular introduction of new characters you can just play with whoever is available and at the proper level and call it a day if you wish, unless your hand is forced due to story characters needing to be present.

Even though I am a fan of the fact that a grinding uphill battle isn’t present and of the fair character progression, the secondary difficulty factor is a genuine pain in the rear. When moving through the dungeons themselves, you will sometimes come to forks in the road that lead you to different types of mobs for you to choose between. Unless you make sure to choose ones you are familiar with, you can sometimes find yourself against a group of monsters that are at a much higher level than you for absolutely no good reason. Thus, taking chances and trying to discover new things is discouraged, unless you want to take a beatdown and start the run over. Even though the repercussions for failing a run are small, having to work back through multiple fights is simply an unnecessary time waster.

This title looks and runs great, with really bright and quirky 2D character models that are rendered in a 3D world in which the characters bend and twist their rigid, paper-like bodies in a sort of Paper Mario fashion. This adds to the humor at times, allowing for body language to be present in characters who move their bodies very little. Melding 16-bit sprite work with cartoon-like backgrounds makes for a game that is interesting to look at, for sure.

Heroland has me feeling pretty mixed. Although I love the characters and enjoy the story and humor, there isn’t a lot to actually do here. Hands-off combat, deep systems, and long-winded dialogue have you spending a majority of your time menu-ing or sitting back reading text, and although I think a ton of people will also fall in love with the wackiness present throughout this one, I know a large group will also find this a boring slog. At the end of the day, I enjoyed most of my time with the game, and even though I have a few issues here and there, I can’t help but feel like this is the ultimate “sit back and relax” JRPG. With charm oozing from every pixel, this is a title that I think is worth playing. 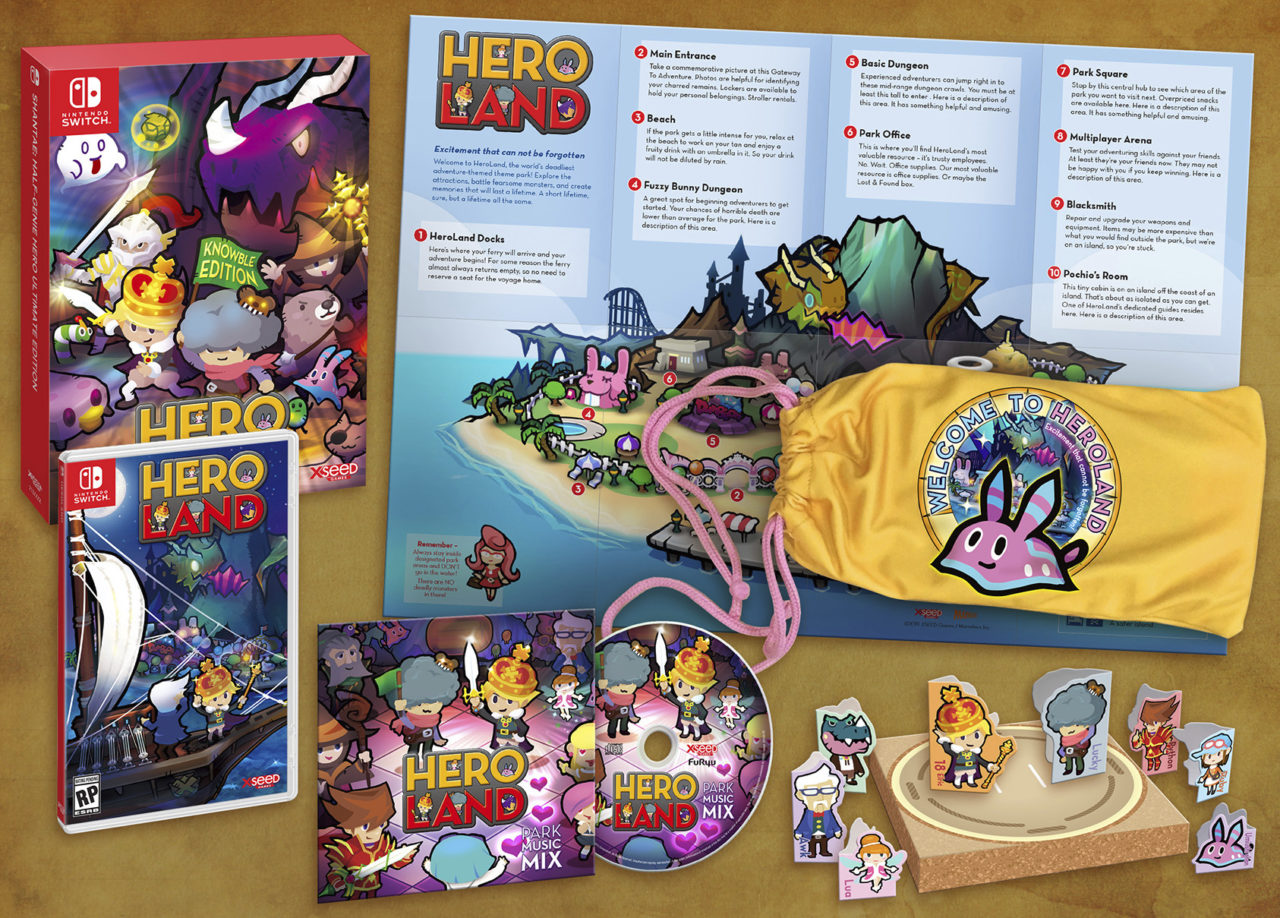 Heroland enters the fold as the ultimate “sit back and relax” JRPG. Even though the game has hands-off combat and long-winded dialogue sections where your participation is questionable, you have charm oozing from every pixel. The self-aware humor and quirky characters make up for most of the shortcomings.