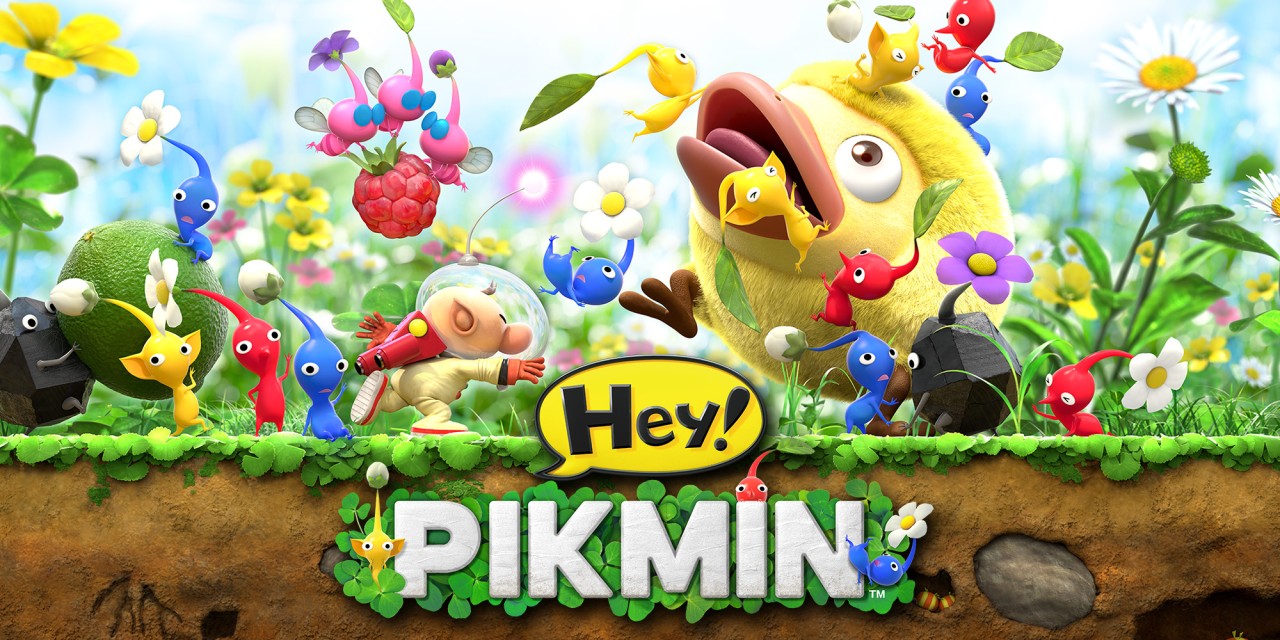 When Hey! Pikmin was announced, I was mildly curious. The general reaction from fans wasn’t overly positive, but I remained open-minded about the first portable Pikmin game. And I’m glad I did. This new outing takes the exploratory elements of the series we know and love, along with those adorable plant creatures, and casts them into a new 2D side-scrolling adventure.

The first thing you’ll notice with Hey! Pikmin is that it’s a very cheerful, bright and colorful adventure. This is a game that kids will enjoy – it could even inspire them to seek out the rest of the series. After a short intro, during which we learn that Captain Olimar has crash landed again, it’s time to start collecting Sparklium to refuel your ship and head back home. 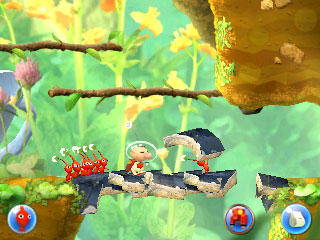 The controls are easy to pick up and play. One hand controls Captain Olimar’s movements on the screen with the Circle Pad (or ABXY for lefties) and the other holds the stylus at the ready to collect and fling those Pikmin. It’s responsive and feels natural on the 3DS. Controlling Olimar seems natural too. Apart from plodding left or right, Olimar sports a jetpack that allows him to hover for short periods. It’s a useful tool, particularly in a platforming game without jumping, that helps you reach certain areas on your own to find more hidden objects.

There are several types of Pikmin to collect as you move through the game, usually relevant to the area you’re in. For instance, blue Pikmin appear in water stages and yellow when there are electrical switches/puzzles to manoeuvre. When you’ve collected more than one type you can easily select which to throw via a quick tap on the touch screen. There’s also a whistle button, which is useful to find hidden Pikmin, or recoup any that have strayed. You’ll need to collect and keep as many as possible to retrieve certain objects. 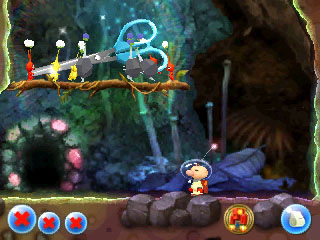 It turns out that there’s plenty to do in Hey! Pikmin. There are over forty levels scattered across eight worlds, each with multiple pathways and secrets to unlock. There’s no time limit either, so you’re free to properly navigate every nook and cranny and find everything. It has hints of Super Mario World with it’s hidden walls and caverns, coupled with a Yoshi’s Island feel in the cute sprites and the aim-and-throw gameplay. It’s not as deep as either of those games, but it all adds to a good vibration that made me want to keep playing.

One noticeable absence is the lack of 3D. It’s not surprising considering this game was a launch title for the New 2DS XL, though it probably has more to do with the two-screen layout of the game. The game spans both screens simultaneously, stretching vertically as you move up and down as well as left to right. It adds extra depth to a 2D game, and makes aiming Pikmin throws more important since reaching the top screen can’t be done by touching the exact spot. 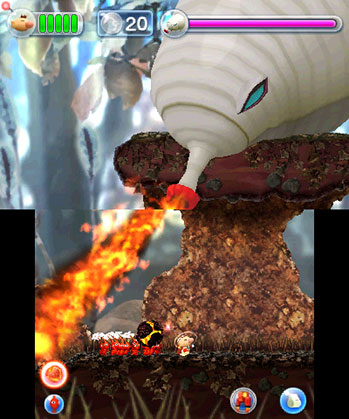 There’s some neat amiibo functionality to keep you entertained. Most non-Pikmin amiibo will work, generating a statue in-game for you to find and collect, along with some Sparklium and Olimar’s traditionally humorous observation of the new object. Pikmin amiibo provide, well, extra Pikmin. As with the game itself, the amiibo component is simple yet pleasant.

And that’s the only real downside to Hey! Pikmin, the simplicity of the game. On one hand, this makes it extremely accessible to players of all ages – my six-year-old son loves it – but on the other hand, it may lose the attention of older fans.

Overall I found myself pleasantly surprised by how much I enjoyed Hey! Pikmin. Though not overly taxing, there are puzzles to solve and it’s a fun journey while it lasts. It’s definitely a game the whole family can play and I recommend it to anyone looking for a light-on entry into the world of Pikmin – or for those looking for a Pikmin fix while they wait for Pikmin 4.

Hey! Pikmin is a colorful, fun title. It’s a simpler affair that it’s console counterparts – like an intro to Pikmin. It looks great and plays well though, and is worth checking out if you’re into platformers akin to Yoshi’s Island.