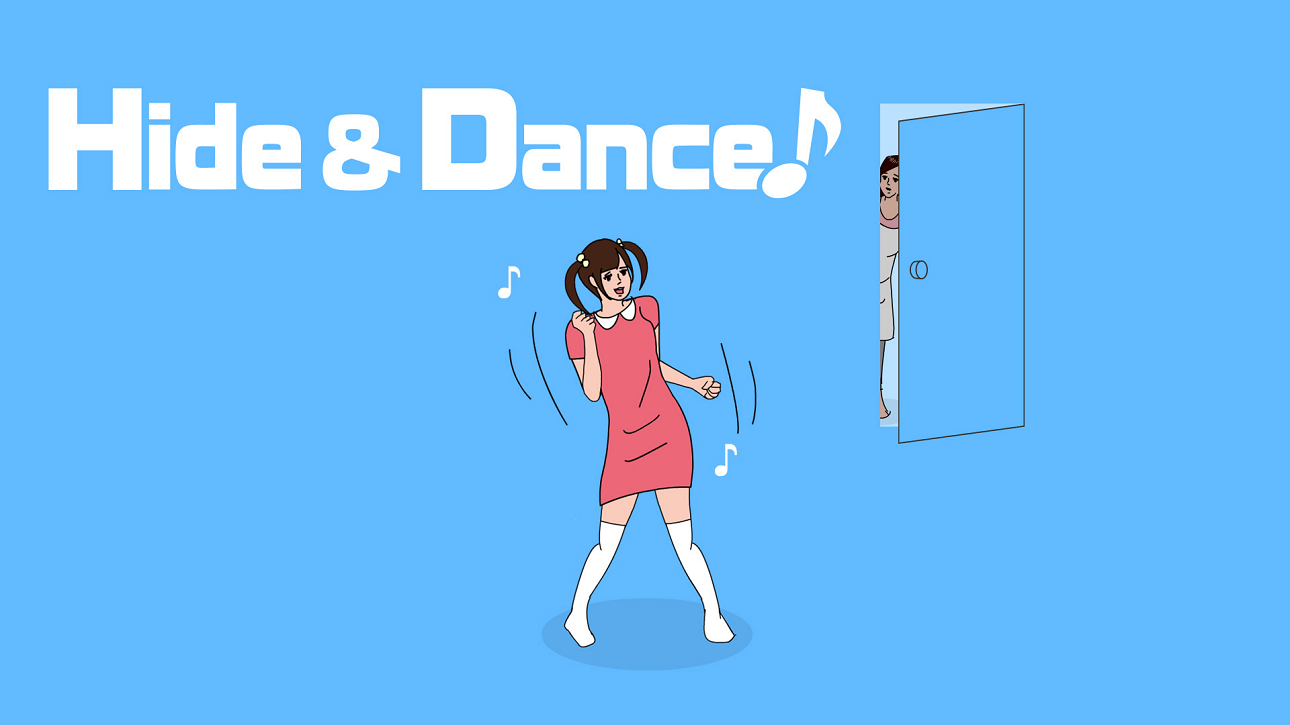 Short on gameplay but big on smiles, Hide & Dance! is a music game that may be more fun to watch than to play. That’s not to say tapping to the rhythm isn’t entertaining, but after an hour or so, you may have had your fill.

I say this because, unless you struggle with rhythm games, you’ll unlock everything (by earning in-game coins) in no more than an hour or so. There are 20 songs, mostly j-pop, with good hooks, but they’re short. The characters you dance as are fun, but there are only six of them. After everything’s unlocked, replay depends on your desire to rack up combos and get three stars on every song, which is mildly compelling, or on your eagerness to beat all the songs on higher difficulties, which is less compelling. The unlocking mechanic is slightly curious because even after I unlocked everything, the game continued letting me unlock songs I already had. It’s an odd glitch, but a minor one. 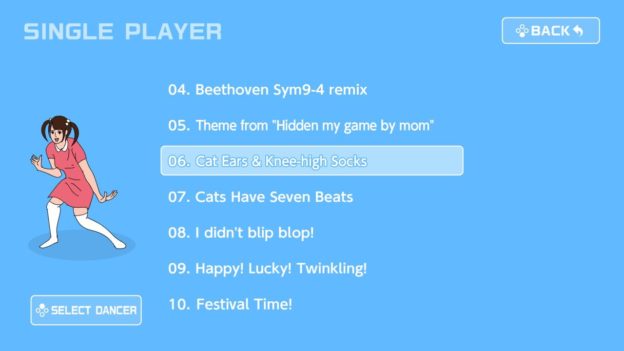 Still, the short length and all, I’m glad to have this game in my collection. Even if I don’t play it much more, I anticipate watching others (once shelter-in-place restrictions lift) play it for the first time. It’s hard not to crack a smile while watching. Gramps is my favorite character, as I get a real kick out of seeing him ditch his cane and bust a move.

Hide & Dance is from the same team that made Mom Hid My Game! and will be recognizable to those who played it. From characters to visual style, it’s familiar. Even the theme from that game is available to dance to.

There’s no plot for each character; they merely want to dance like no one’s watching. In this case, that means tapping each button(s) in time, hopefully achieving a perfect; think of a Dance Dance Revolution game where you don’t need to leave the couch. 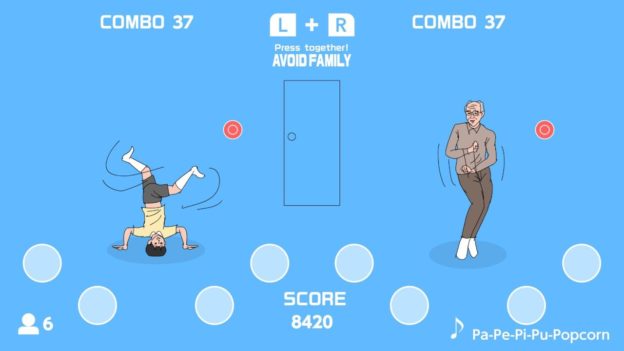 If someone does catch you, the game is instantly over, so you’ll need to keep an eye on the door and be ready to hold the L/R buttons. It reminds me of one of the post-credit scenes from Guardians of the Galaxy. Substitute Groot for the player and the family member behind the door as Drax. Why is being caught dancing such a no-no? Your guess is as good as mine. Some of the crazy things these characters do to avoid being caught are much stranger than any dance. But I digress.

It doesn’t pack a lot of content to keep you playing, but Hide & Dance is a good-humored rhythm game with catchy tunes. 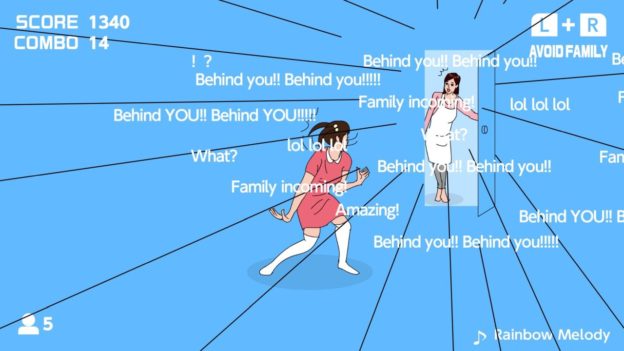 It doesn’t pack a lot of content to keep you playing, but Hide & Dance is a good-humored rhythm game with catchy tunes.