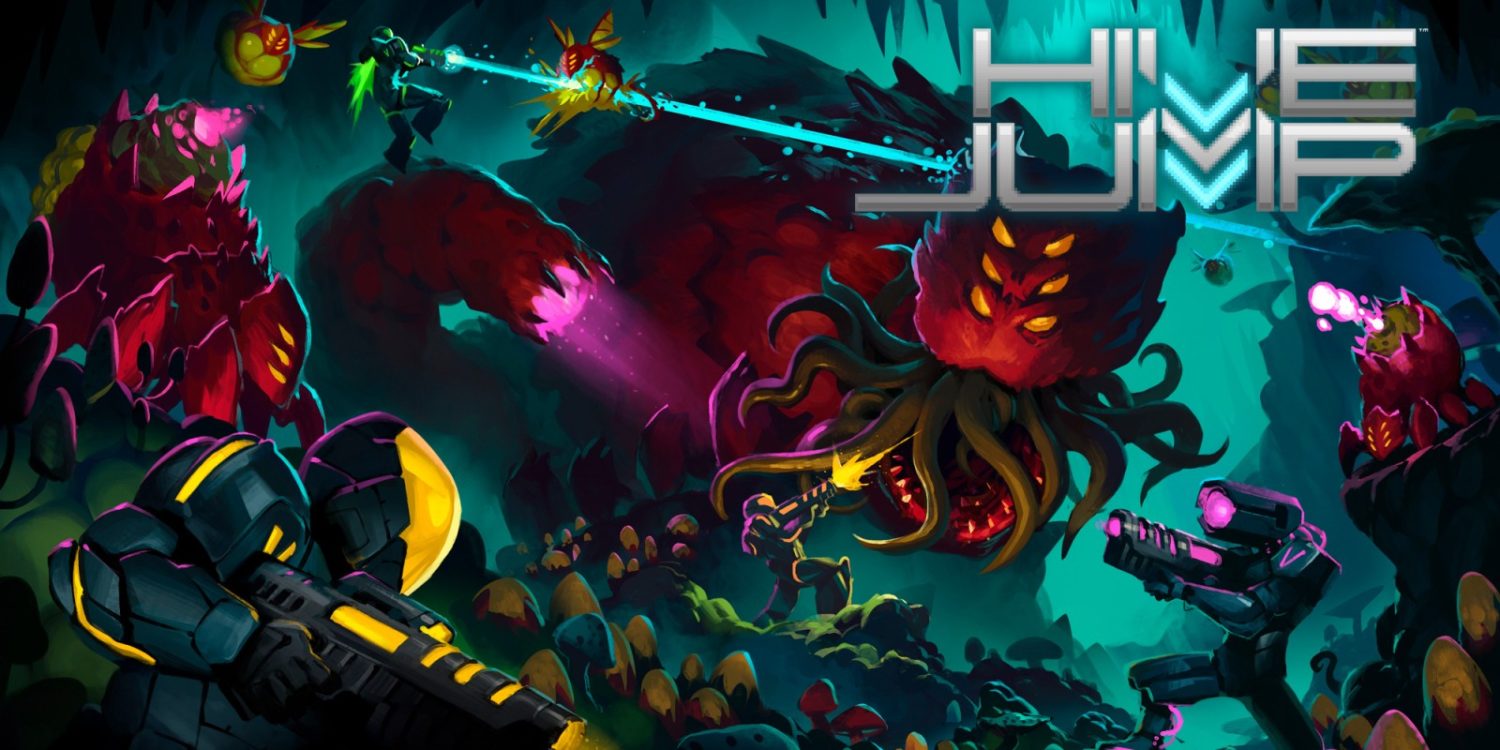 Hive Jump is a run-and-gun platformer with a roguelike feature for up to four players local multiplayer. Is Hive Jump worth jumping into?

The story is set in the 24th century and humanity is being invaded by an alien race. It’s up to the Hive Jump team to fend off the aliens. There is some opening dialogue explaining the situation you are in. 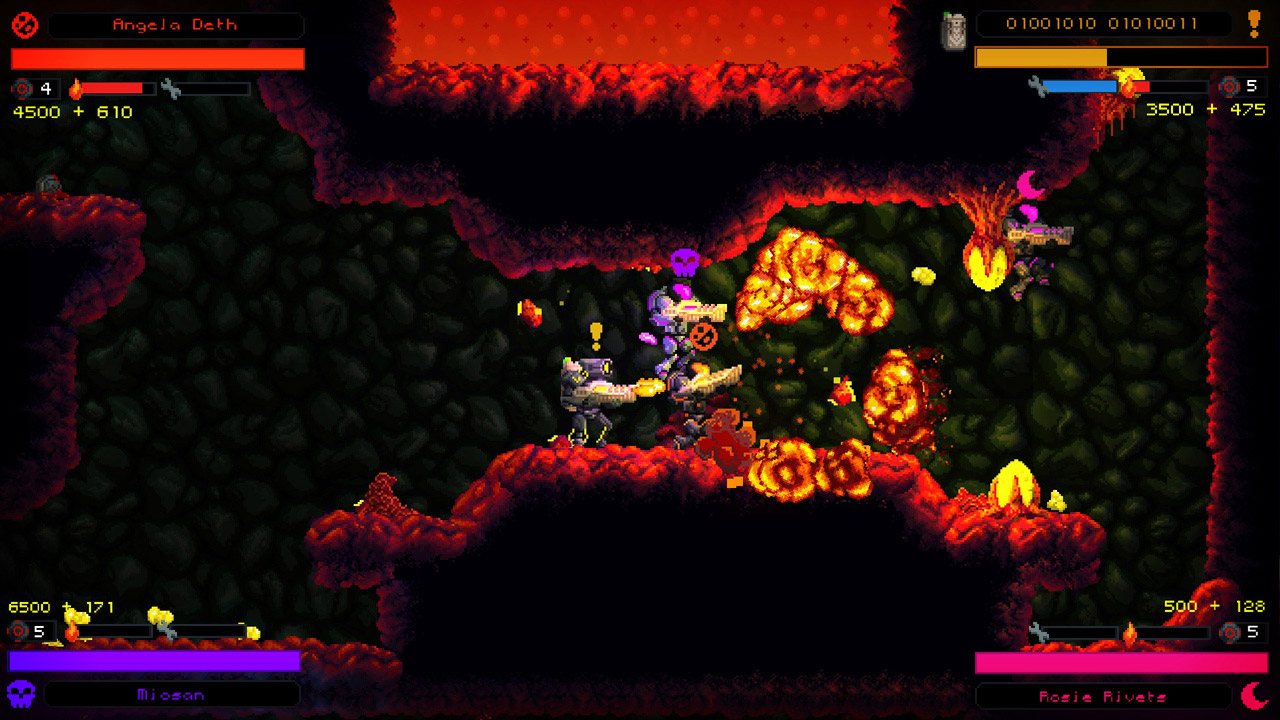 I thought there must have been something I was missing so I went back and retried the tutorial. I was wrong  This is the first time I’ve not able to make any progress in a game whatsoever. It seems that although roguelike is the popular trend right now, it’s not always the best fit for a game with high difficulty. Entering the caves would help if there was some way to know how to equip weapons or strategise beforehand. The few times that I reached a boss were highly difficult encounters. Even after spending several minutes attacking them, I had only made a very small dent in their health bar. Difficulty in the game isn’t always a bad thing but in Hive Jump’s case it certainly is – spending hours on a game, not being able to make any progress on “easy mode” is rather frustrating. The only reason I maintained interest was that run-and-gun gameplay itself is actually fun. If act one is “easy” I would hate to see the “impossible” act four. 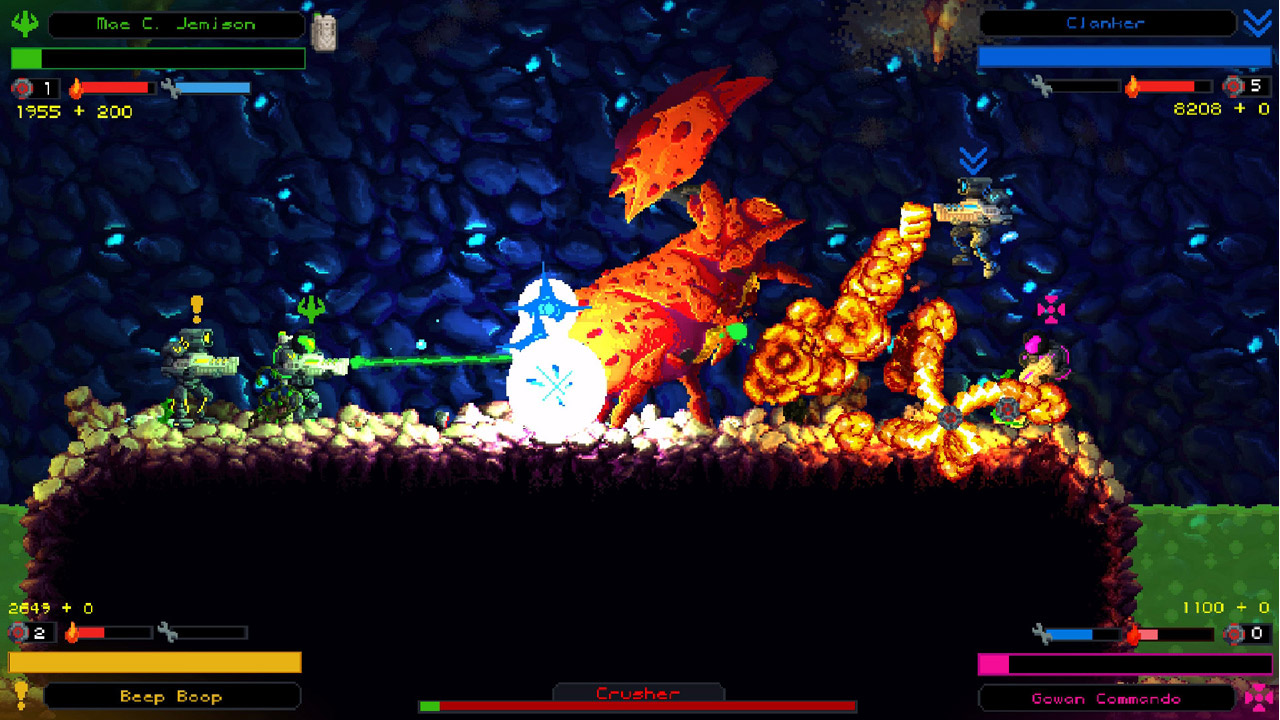 There is also a tower defense mechanism that is part of the game. Here players try to defend human outposts. This aspect of the game didn’t really add anything and wasn’t really fun. Considering there wasn’t even a tutorial, knowing exactly what to do was annoying. Defending the outposts from becoming hives seemed more like guesswork and luck rather than actual strategy.

I did try the game with local multiplayer with one other player. Although it was slightly easier, still no progress was made. It seemed like we were wandering aimlessly through hives hoping to find the queen and win. Every time we reached her we still were not able to defeat her. It wasn’t long before we both lost interest in the game and decided to play another game. I cannot say if having four players would make a difference in making any sort of progress or not. It would have been nice if an online mode was made for companions or something to help those who are playing alone. 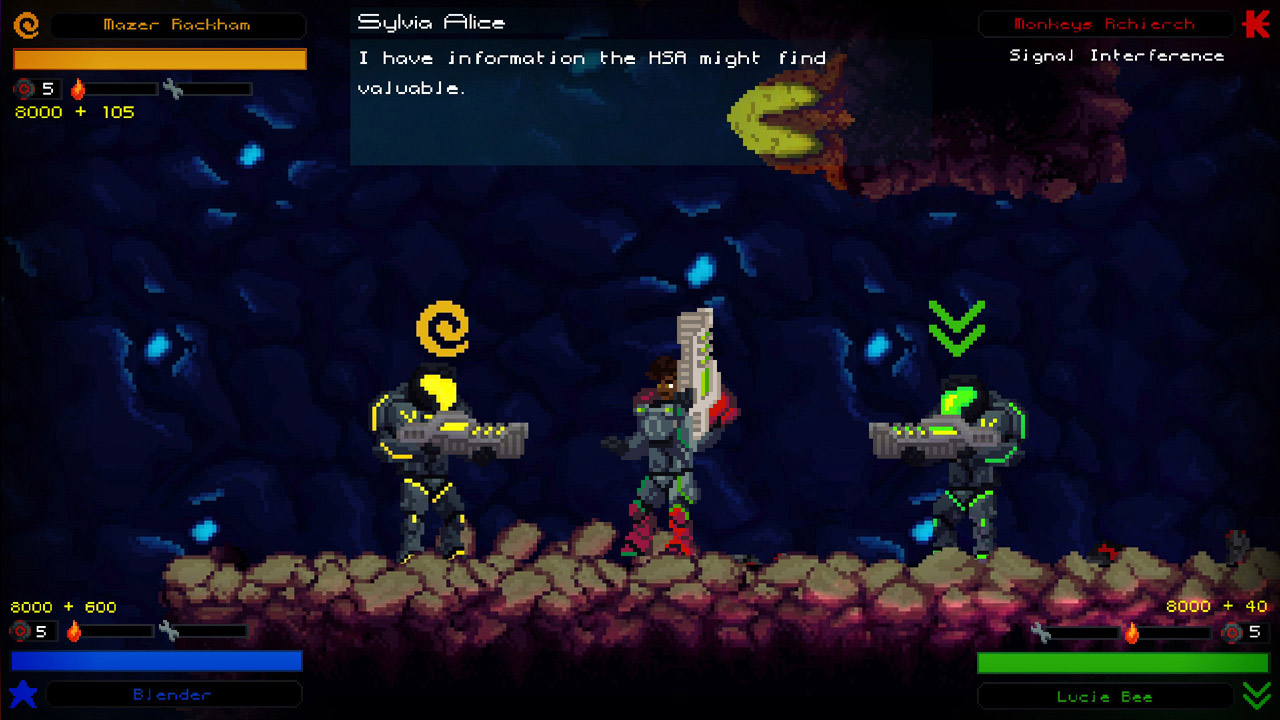 There is a little bit of customization of characters. You can choose a skin and color of your armor. There are a few different types of weapons and sub-weapons to choose from. The longer you play, the more weapons and upgrades you can get by collecting alien goo that is used as currency. The weapons do tend to make the game slightly easier but the grinding to get them unlocked just doesn’t feel worth it. 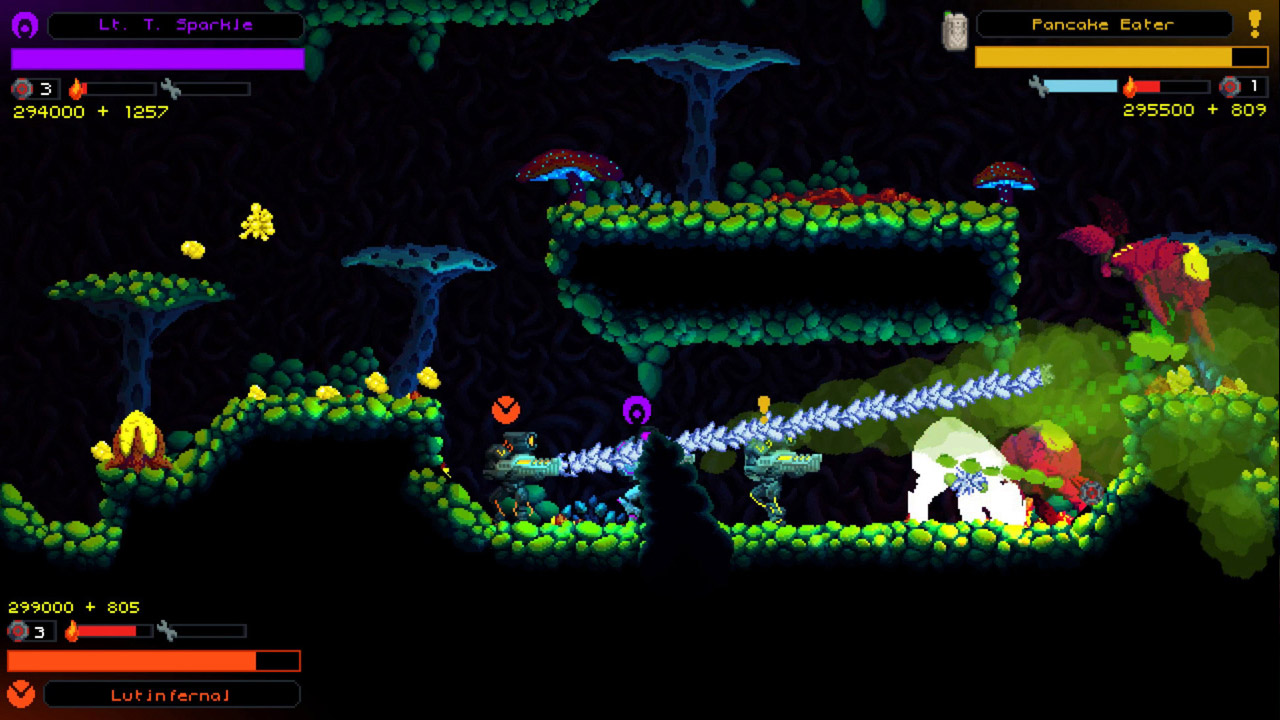 In the end, the overall difficulty of the game makes Hive Jump a hard game to recommend. Players looking for a one player run-and-gun game should look to other titles. If you like difficult multiplayer games, this might be the game you are looking for.

In the end, the overall difficulty of the game makes Hive Jump a hard game to recommend. Players looking for a one player run-and-gun game should look to other titles. If you like difficult multiplayer games, this might be the game you are looking for.