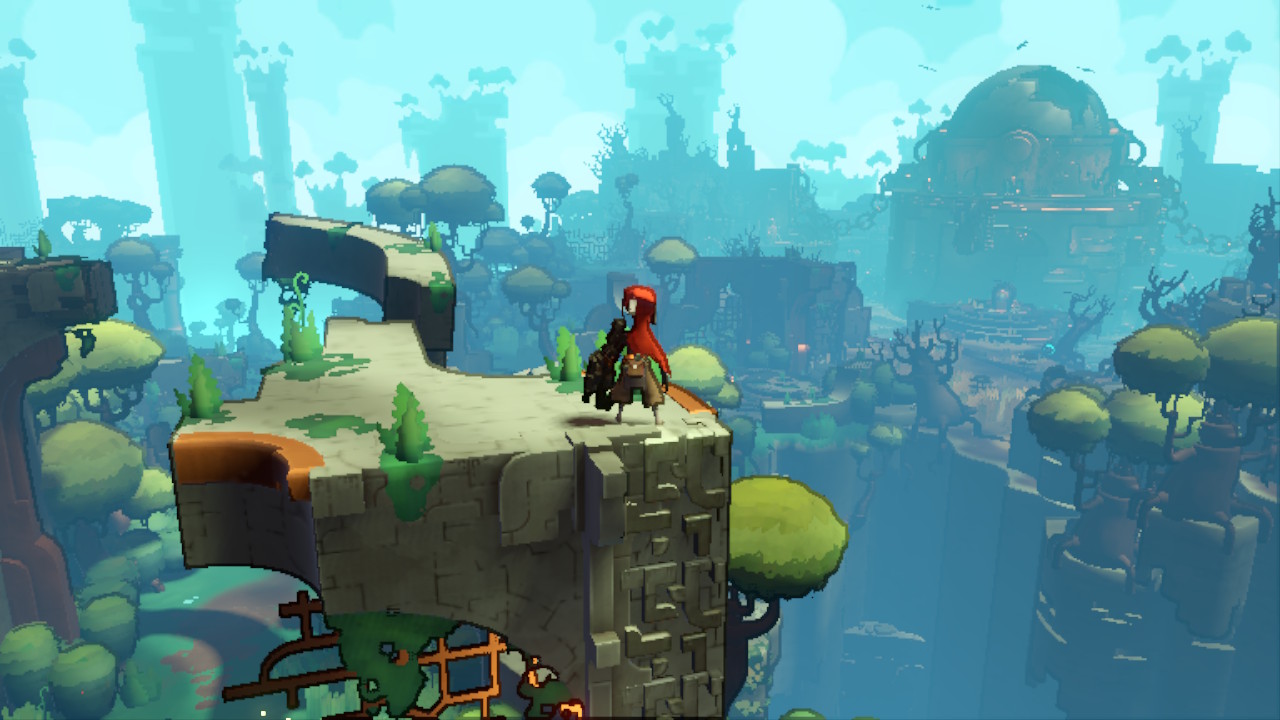 Hob: The Definitive Edition is an action adventure game similar to the Zelda series. However, in the case of Hob, it features a complete absence of dialogue, story, and direction–it’s probably more appropriate to compare this game to something like Hyper Light Drifter than Zelda. Obviously Hyper Light takes inspiration from Zelda as well, but definitely leaves it up to the player to figure out the world with little guidance. Hob dabbles in a genre with a strong pedigree of titles, but I’m not quite sure it lives up to its ‘definitive edition’ name. 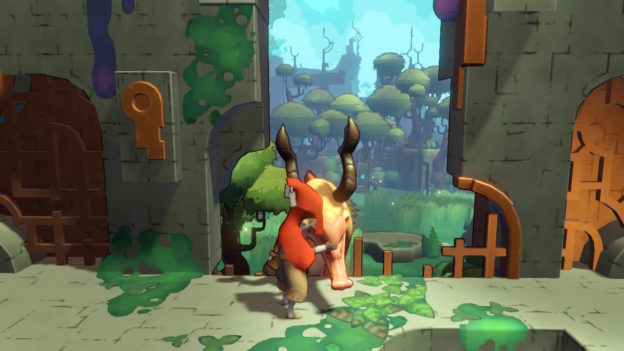 Hob is primarily focused on puzzle-solving–maybe consisting of 80% puzzle-solving and exploration with only 20% combat. The combat isn’t really the game’s strong suit so this isn’t a bad thing. Players can perform dodge rolls, use their upgradeable mechanical arm and also wield a sword. By clicking the right analog stick, you can also target enemies. This was handy when there were several enemies on-screen but those instances are few and far-between. 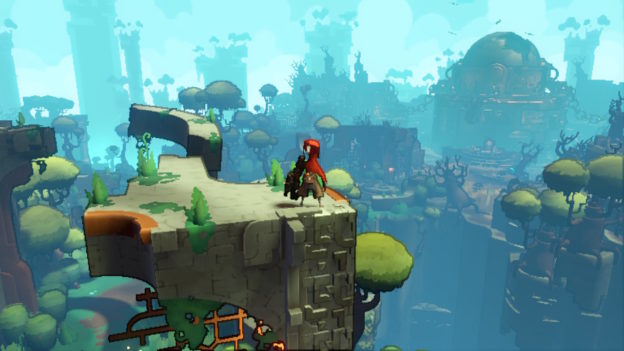 Near the beginning of the game, you are augmented with a mechanical arm. This arm can be upgraded throughout your adventure. It becomes quite the indispensable attachment as it’s used for activating switches, shattering enemy shields, and more. You can also uncover schematics for moves in the world that can be purchased with in-game pickups. These can improve your dodge speed, arm moves, and more. Much like a Zelda game, players will come across new abilities that will alter how you can traverse the world. The teleport ability was one of my favorites and it can even be used in battle to teleport behind an enemy. 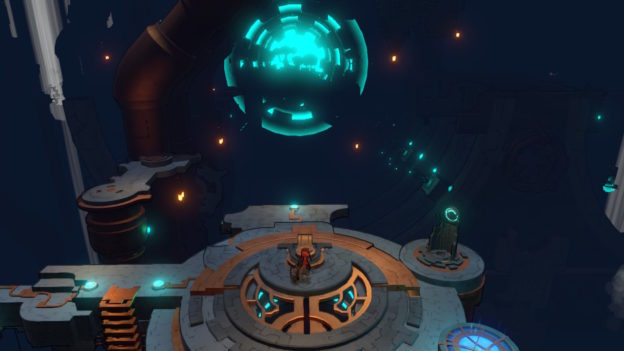 The game features a very large map with plenty of areas to explore. Some are more diverse but you’ll often find the same types of structures and vegetation which can make it difficult to know if you’ve explored an area or not. There is also a fast-travel system which works nicely. You’ll be using this a lot to get back to the chamber where you can upgrade your sword and purchase new moves–it would’ve been nice to have access to upgrade moves at all times.

Moving on to the visuals and presentation–I played most of my adventure using the 1.1.0 version of the game. This version had several performance issues and an overall “muddy” look to the game’s world. With version 1.1.1, the frame rate issues seem to be all but resolved. The visuals looked sharper, but the textures and art style still give off a muddy, blurry look. The main menu and user-interface also left much to be desired. The sans-serif menu font was really basic and didn’t really seem to match the style of the game. It’s not bad by any means, but it just didn’t feel polished and complete. 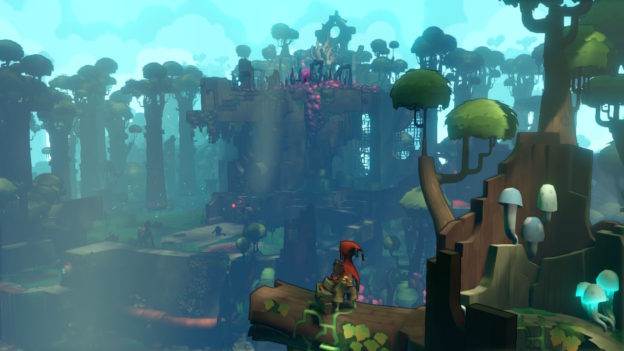 A lot of Switch ports have featured a ‘definitive’ tagline or something similar and Hob is no different. In this case though, especially with the visual fidelity, I’m not seeing exactly what makes this game the best version. The Switch version does use HD Rumble although the instances I felt the nuanced rumble in-game were rare. Certainly being able to play this game on the go is an added plus but every Switch game has that benefit. The game still has a lot going for it but it just felt odd calling this version ‘definitive’ when it has clear deficiencies (especially with the initial performance issues). 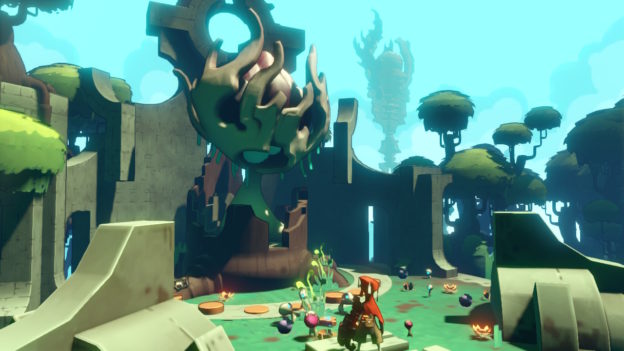 All that being said, Hob is still a solid title with a good amount of content. You’re looking at 10 hours easily with even more if you’re going for 100% completion. While certainly not of the same quality of a Legend of Zelda or even Hyper Light Drifter, Hob still has some great entertainment value if you’re looking for a good adventure/exploration game.

All that being said, Hob is still a solid title with a good amount of content. You’re looking at 10 hours easily with even more if you’re going for 100% completion. While certainly not of the same quality of a Legend of Zelda or even Hyper Light Drifter, Hob still has some great entertainment value if you’re looking for a good adventure/exploration game.