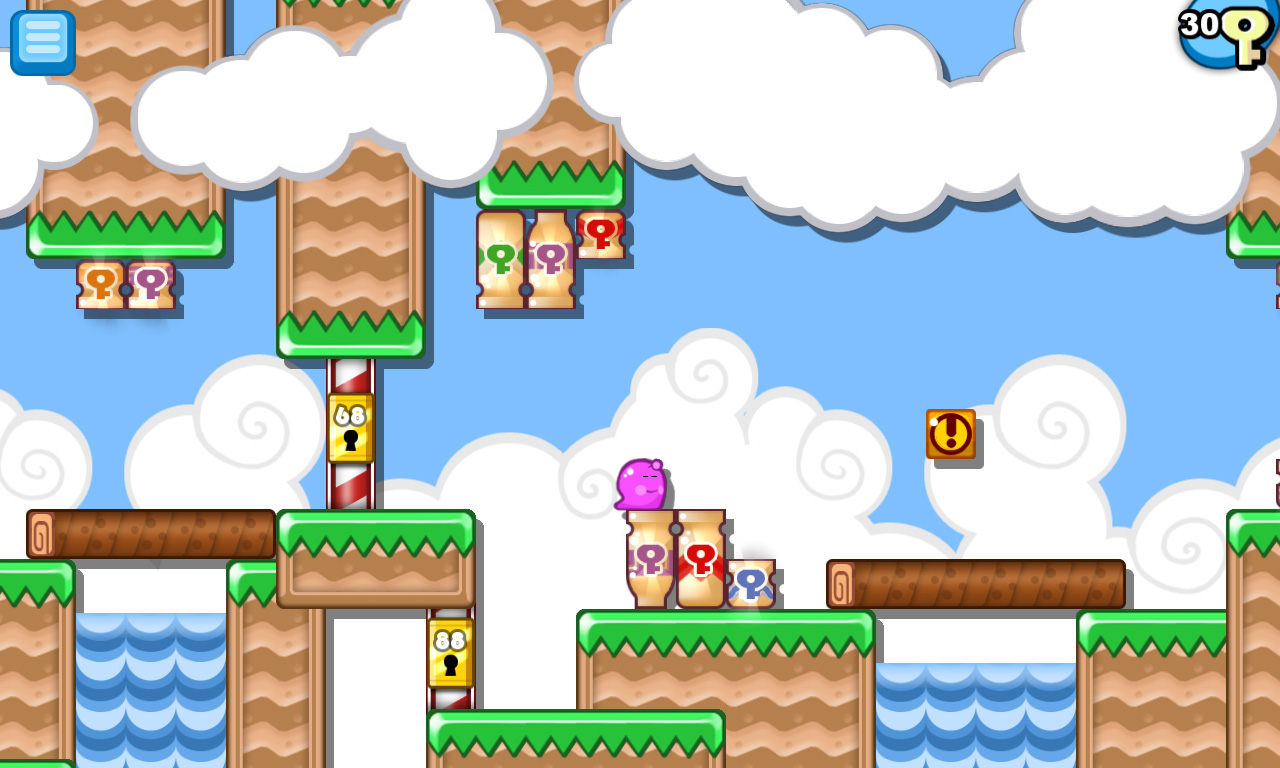 Hoggy 2 is the sequel to Hoggy, both of which are fun puzzlers whose graphics are reminiscent of the Kirby and Super Mario franchises.

Hoggy 2 opens with your cute family getting kidnapped by some aliens known as the “Moon Men”. You’re first transported to an underground area where there are a series of jars. Each jar you go into has a compact puzzle waiting to be solved. This is the entire premise of the game. 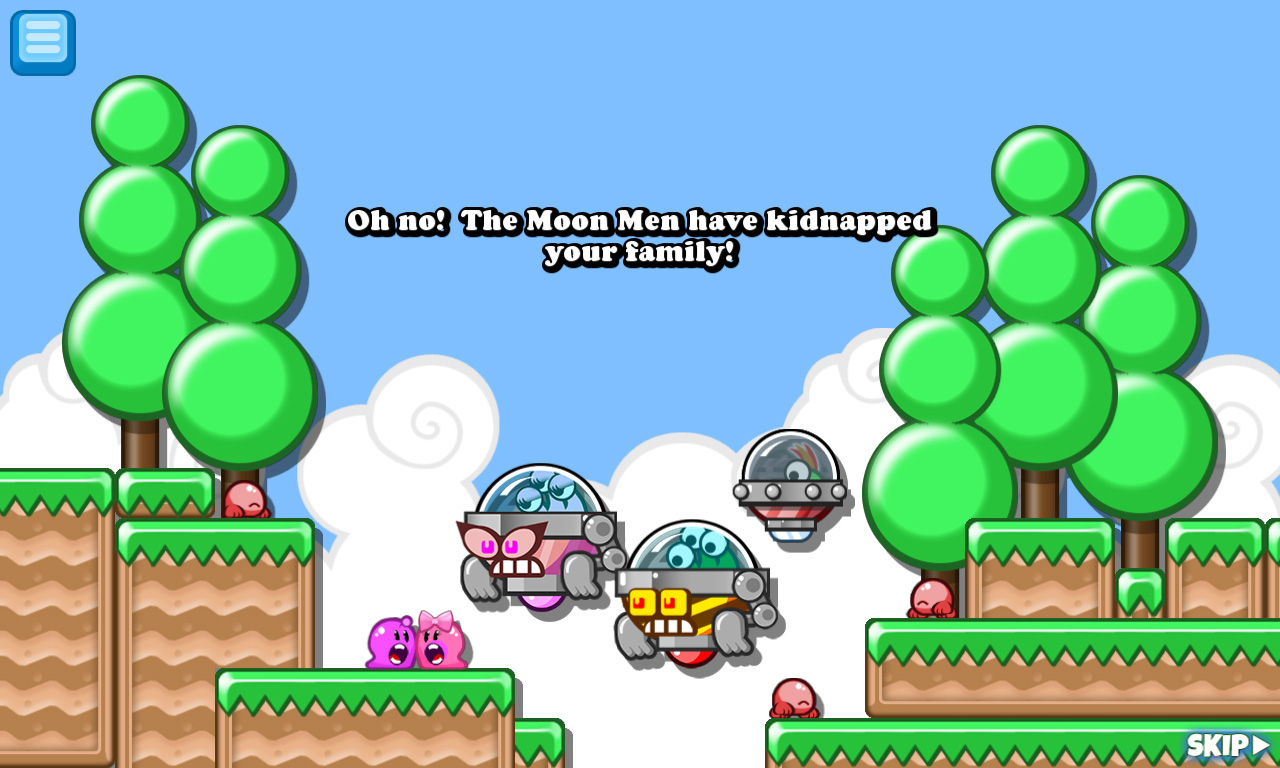 However, what started as a simple and cute premise was brought down by its slow start. Because the entire game is a series of small puzzles, with the occasional boss fight, the lack of any true levels or puzzle variety until much later made it difficult to be drawn into this simplistic game until after the first boss fight.

Once the first boss fight started, there was some light and clever strategy involved in getting across the area with the boss and taking it down. Playing through that sequence was fun, after all of the previous jars. The next area opened up to more interesting puzzles and ways to solve them. It was a nice reprieve from what felt like a long time to get through the first area.

Because of their confined spaces, the first 10-20 puzzles suffer from repetition and overall lackluster design. The pacing of the game could have been vastly improved if there were fewer jars in the beginning. Each one requires something different from the player to solve them, but in total Hoggy 2 has hundreds of puzzles to go through. This number can be daunting, and it can extend the experience of a game long after its expiration date. 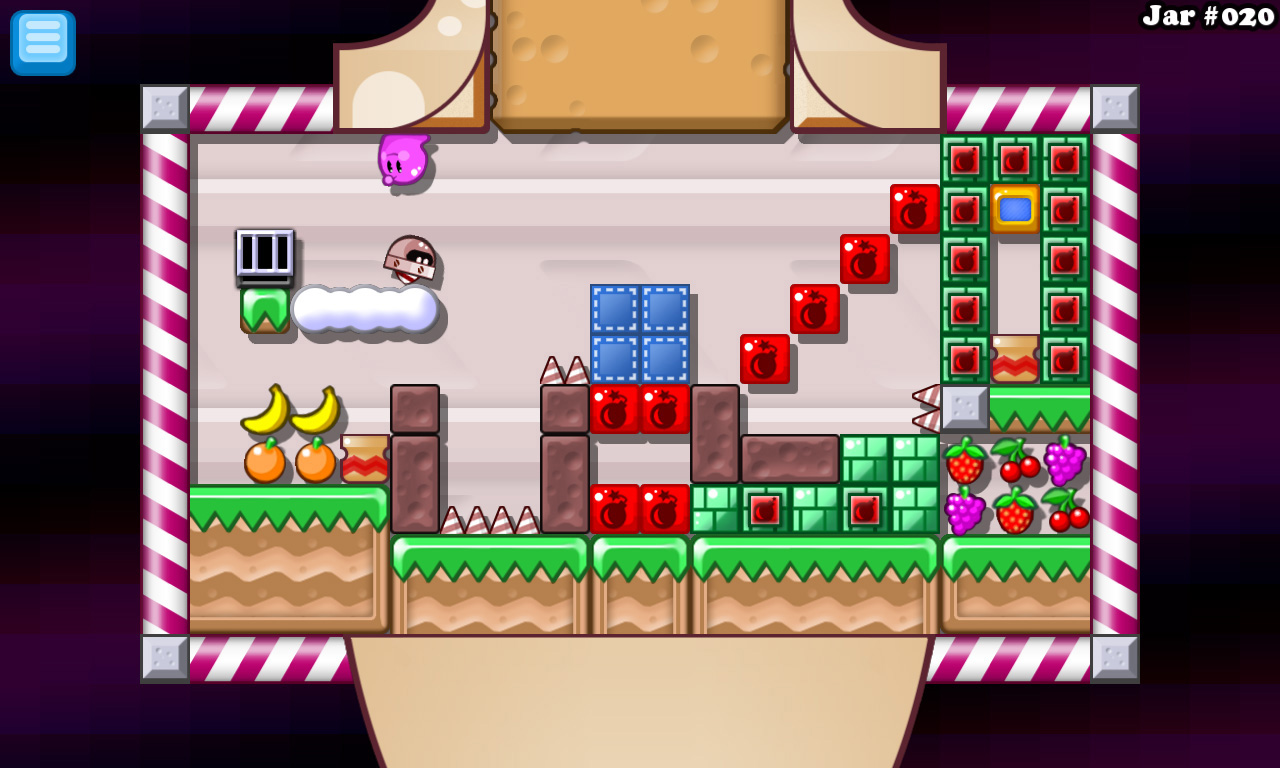 Though what Hoggy 2 does offer Nintendo Switch households is a game to help children build their puzzle-solving strategy skills.

Each jar builds off of the ones before them. New mechanics introduced in the previous puzzles carry into future ones with some innovative upgrades each time. You can even skip jars if you want and go in others. With Hoggy’s only two moves being to jump from the top of the level to the bottom, or to move left to right, it takes skill to get around bombs and enemies.

The only thing stopping full progression in this game is the number of keys you have to obtain from the jars to unlock gates and move into new areas. If you don’t like a puzzle, pass it and try the next one. I went back more than once to solve a jar that stumped me before.

And in what seems to be inspired by Super Mario Maker, Hoggy 2 also offers players a chance to build and share their own levels. This UI was easy to use, especially if your Nintendo Switch is undocked. You can make the puzzles as long, tall, or short as you want. You can even add any fruit, obstacles and enemies to make the puzzle yours. 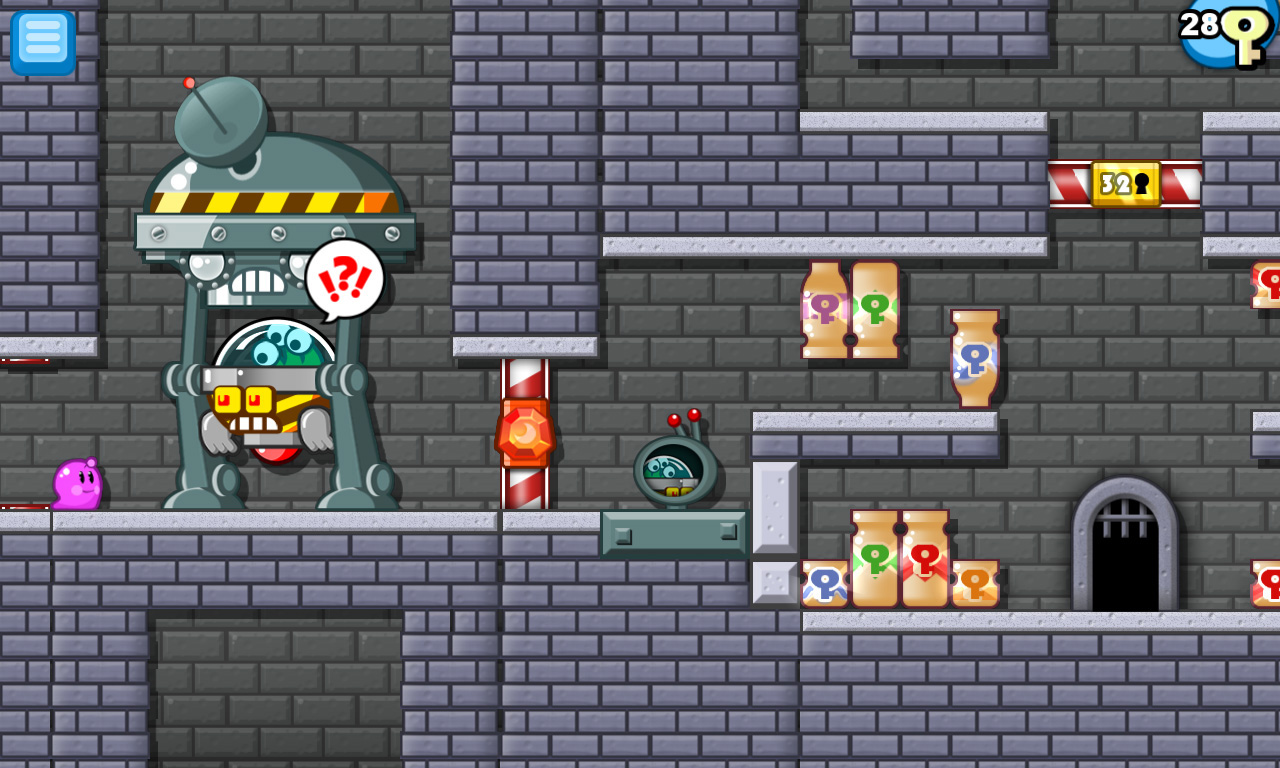 While this was a fun chance to test and play some homemade puzzles, I didn’t find this feature interesting enough to make more than one puzzle or try out any others. When I tried the option to search for other puzzles online, I couldn’t see the option. This may have been a server issue or personal connectivity problem, though. With all that said, I’m not a big puzzle maker, so perhaps that feature is best suited for someone who likes a little homebrew in their games.

Hoggy 2 is cute and brightly colored. It serves well for a simpler puzzler, and once you get passed the first area, the puzzles greatly improve in difficulty and overall interesting elements. While I do think the attempts with Hoggy 2 were made to extend the gameplay and give players more to enjoy, had the first area been cut down by 5-10 jars, it would have expedited the progression of the game..

If your family is looking for an easy-to-play puzzler that might also build puzzle-solving skills, Hoggy 2 is at least worth checking out.

Hoggy 2 is a brightly colored puzzler for anyone looking for a way to blow-off steam. With the way each puzzle evolves, as it introduces new game mechanics, this game can also serve as a good lower-level strategy game for children to build skills. Still, its slow start may feel underwhelming for slightly older audiences.