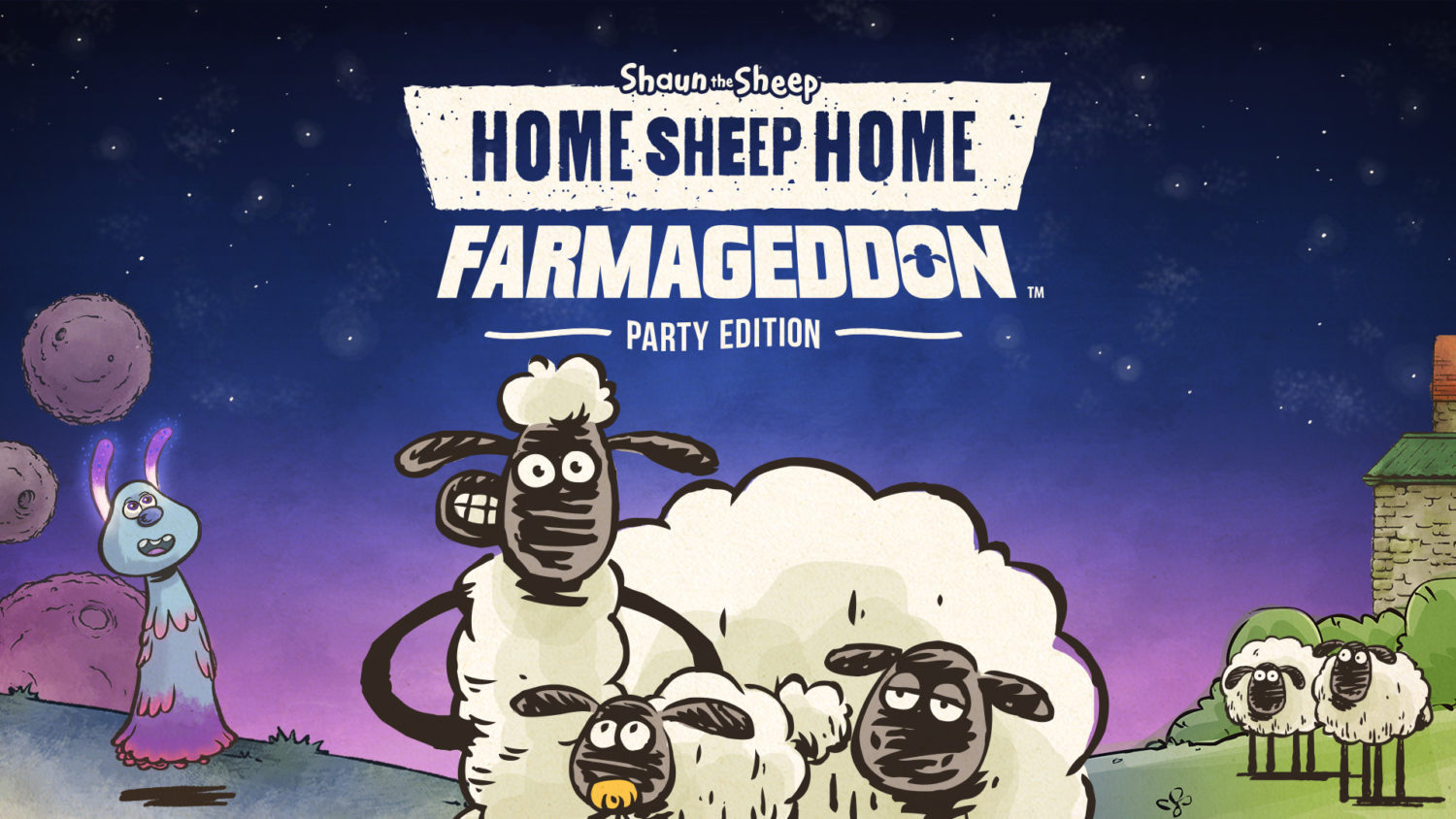 Life's a treat with Shaun the Sheep.

Home Sheep Home: Farmageddon Party Edition was first released for Nintendo Switch in November of 2019. It’s actually even older than that, having originated as a Flash game back in 2011. The party edition has now been re-released by a new publisher, packing puzzles from various Home Sheep Home incarnations with new multiplayer content. All this considered, Farmageddon Party Edition is as clever and charming as Shaun himself.

The main component of the game—and the one you may recall playing on your mobile device—is a puzzle adventure that features three characters from the show/movies: Shaun (of course), Shirley, and Timmy. Each has his/her own unique ability; Shaun can jump high, Shirley can move large objects, and Timmy can move through small spaces. Each level presents environmental/physical puzzles to solve, and you must use each sheep’s ability to reach the end, collecting the bonus items and star rewards along the way.

You can solve the story puzzles in single-player mode, flipping between characters as necessary. I could describe the types of puzzles you’ll face, but one look at the screen captures will tell you everything you need to know. 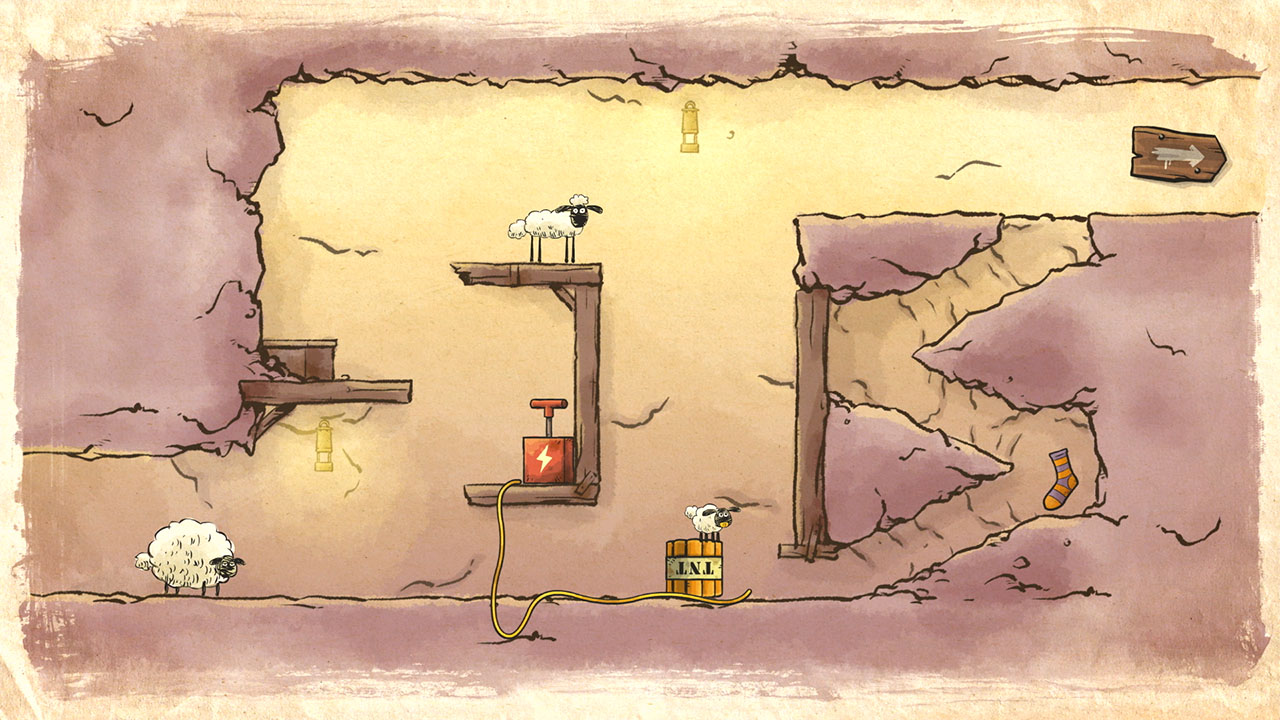 This mechanic works well, but tackling the story mode levels by yourself can be frustrating for two reasons. First, the puzzles are timed, and it takes longer to complete them if you’ve got two sheep standing still while you move the third. Second, some of the puzzles require quick movements and reactions, and bouncing from one sheep to the other at the right time presents a challenge that seems out of place with the game’s otherwise gentle, leisurely pace. The puzzles work better if you’re playing with a couple of friends, even if you’ll spend a lot of time barking orders to each other and arguing over whose solution to try first.

The puzzles are surprisingly diverse, taking you through a wide array of scenarios that will be familiar to fans. New mechanics are introduced frequently and are not overused, so there’s always something new to discover and solve. Whether by yourself or with friends, you’re likely to spend more time here than expected when you first sat down to play.

And then there are the new Farmageddon Party games loosely based on elements from A Shaun the Sheep Movie: Farmageddon. They also feature Lu-La from the movie, who serves as your relatively silent host. 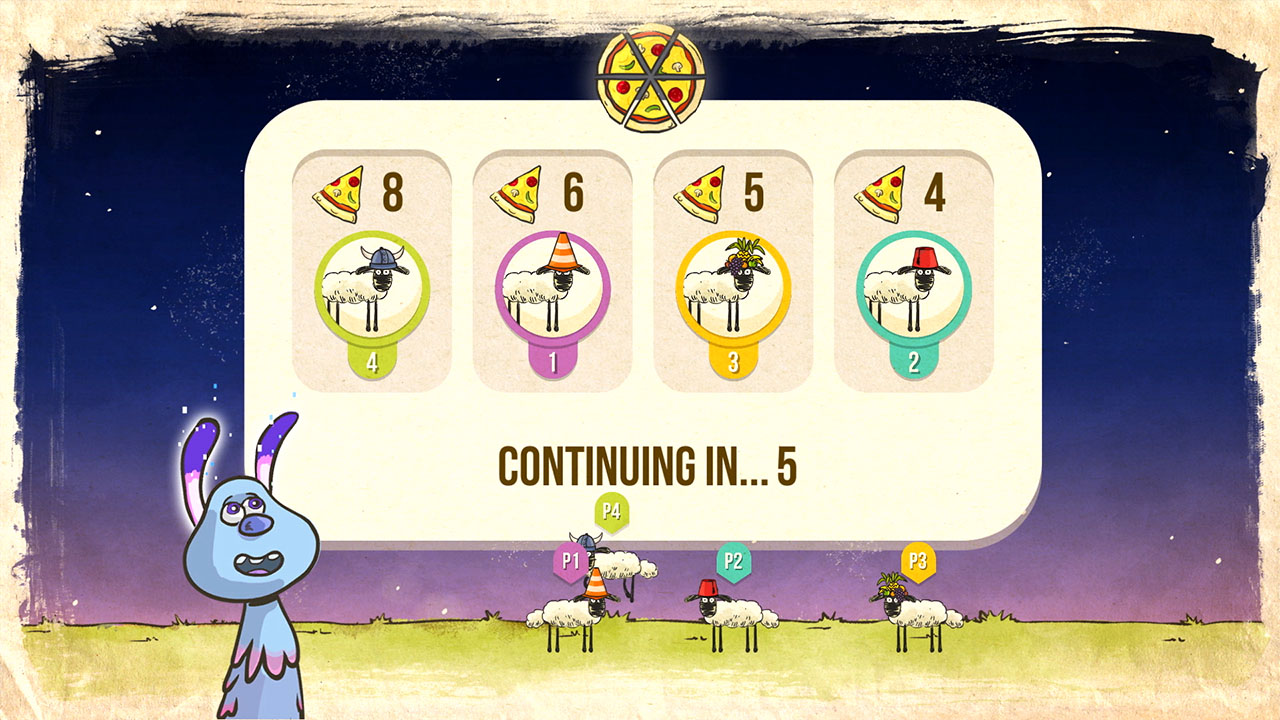 There are eight games in all for two to four players, ranging from runners to brawlers to volleyball matches. Whether you’re trying to outrun a giant hay bale, avoid collapsing billboards, jump your way across traffic, or simply score goals, the action is frantic, fun, and surprisingly competitive.

Controls mostly consist of just moving and jumping. There’s also a dash you can use to get ahead of the competition or knock them out of the way, depending upon the game. Standing on top of another sheep will impede its ability to move, so survival often involves you turning on the others to make sure they get knocked off/down/out before you do. 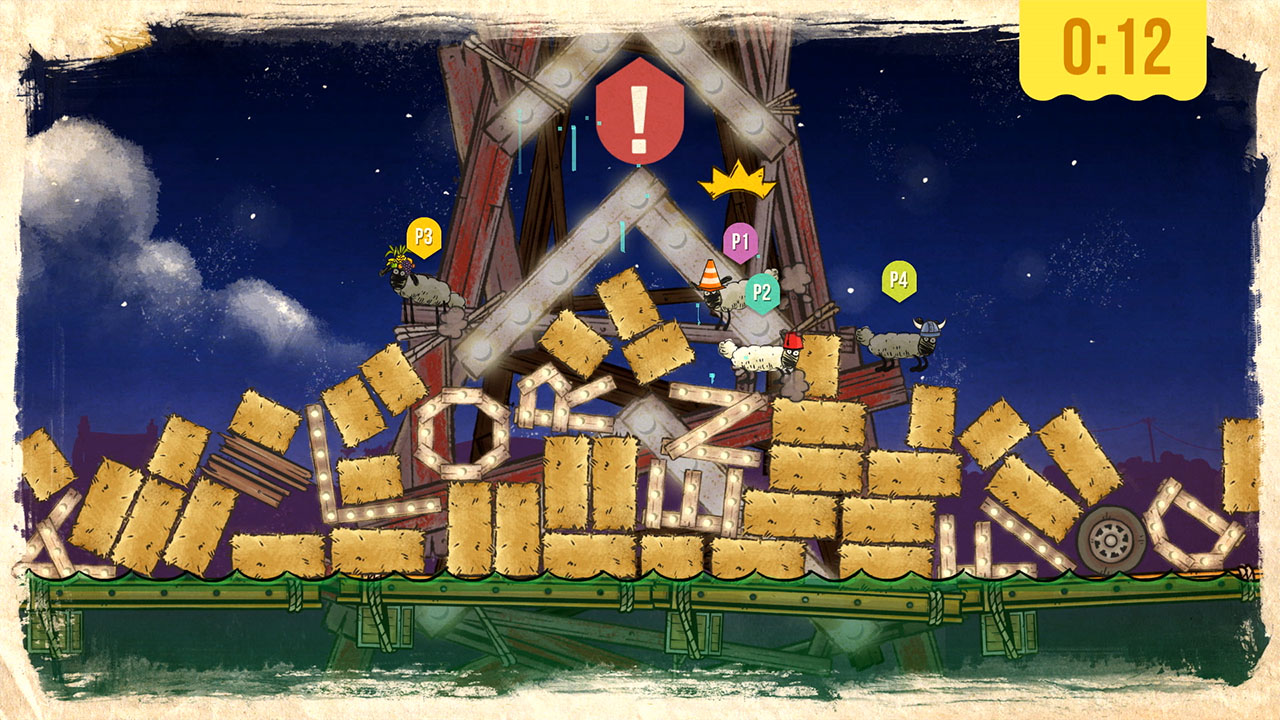 The competition can get pretty fierce, but the characters are so lovable, and the action so ridiculous, that it’s easier to laugh off your losses than to avenge them.

It helps, too, that the graphics are presented in soft, colorful watercolors; the distinctive 3D claymation visuals of the movies and shows would’ve interfered with the basic gameplay options available here. Instead, Shaun gets a storybook quality appearance that gives these games their own identity. 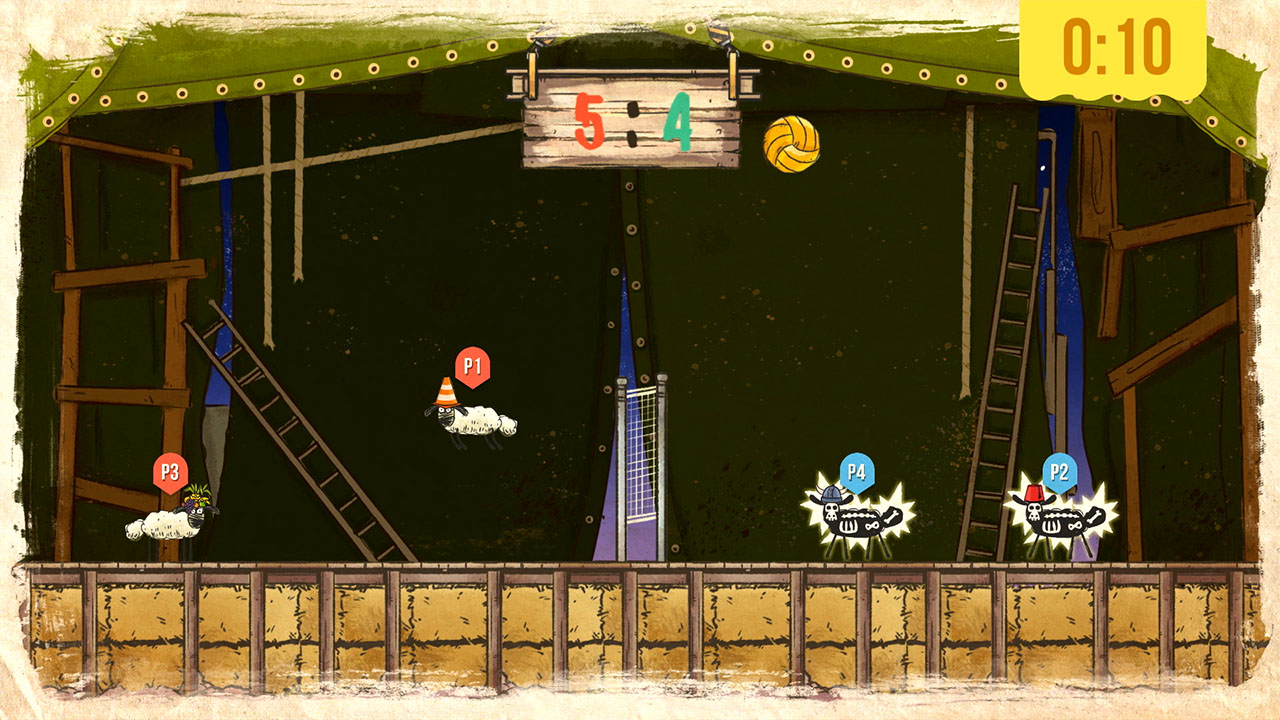 I mentioned in a recent review that the Nintendo Switch has become a haven for excellent party games from indie developers, and Home Sheep Home: Farmageddon Party Edition is another example. Even if you’ve never seen a Shaun the Sheep movie, you’re bound to get some laughs, some joy, and perhaps a grudge or two from this collection.

Home Sheep Home: Farmageddon Party Edition is that rare party game that succeeds equally with its single-player and multiplayer components. The story mode puzzles are very clever, the multiplayer games are tremendously fun, and there’s enough variety to provide a surprising amount of life. If you missed the original release for Nintendo Switch like we did, don’t miss this relaunch.