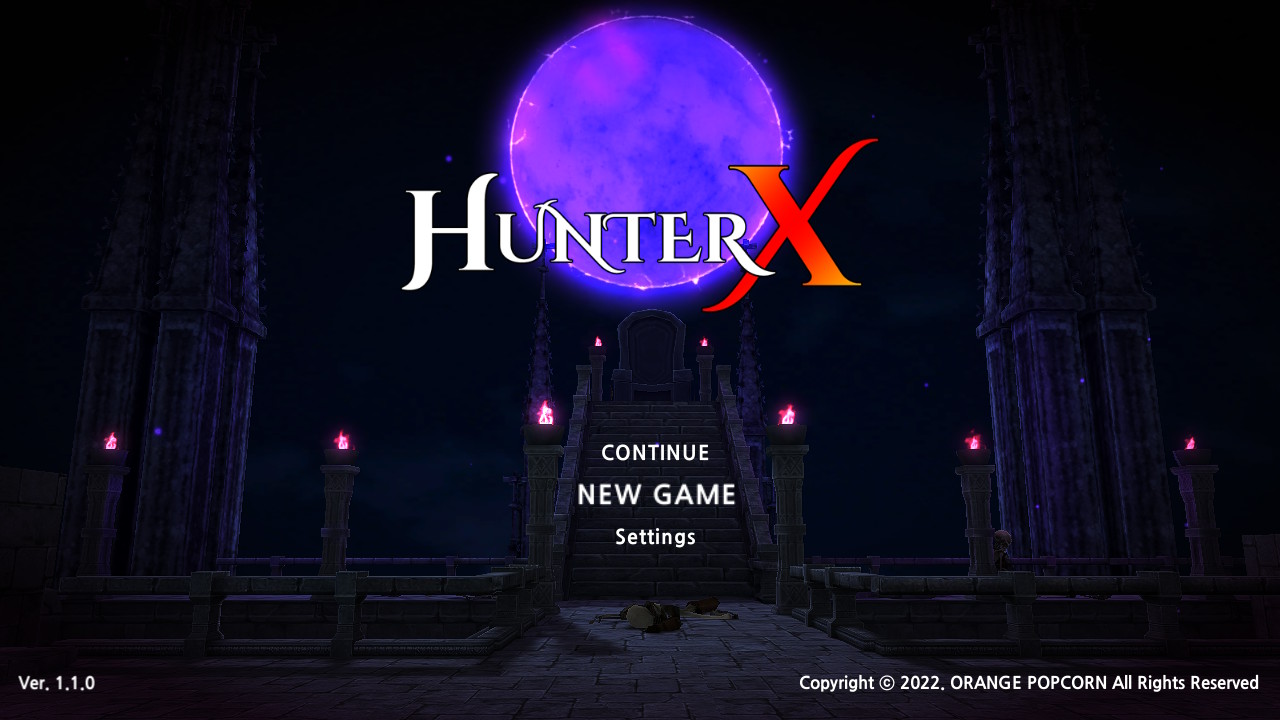 HunterX is an action-adventure platformer published by ORANGE POPCORN. You play as a teenage girl fighting off demons and other monsters with her katana. Let’s discuss whether this game does anything to stand out in a crowd of platformers or if it’s one to skip. 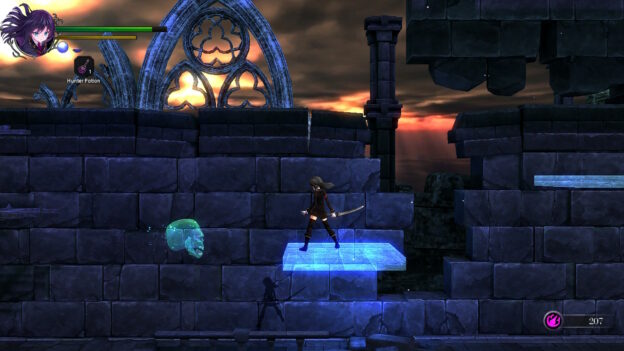 Usually, I like to start my reviews with the game’s story. Unfortunately, there isn’t too much to tell about this one. The game offers little to no explanation about the protagonist’s purpose. She’s hunting demons one night when she finds a crack in the world and needs to hunt more demons to… I don’t know, close the crack, I guess? HunterX begins with our hero already in the middle of a hunt one night. I don’t know why and I don’t even know where we are or what this fictional world is called.

You’re thrown into the gameplay with little explanation for why you should care about this game. The first level is a tutorial of sorts. During the first level, buttons will appear to explain the gameplay. I’ve always preferred simple tutorials and learning as I play, so I’m glad HunterX did the tutorial this way. 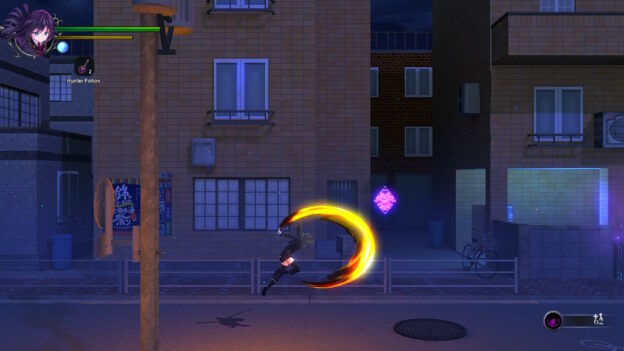 The gameplay is simple enough. Your character can run, dash, and wield a katana. There is a complex skill tree that you can upgrade using karma (which is found about the world and by defeating enemies). Karma is, in a nutshell, experience points. However, the skill tree isn’t as simple as gaining enough karma to level up certain skills. No, the tree has core skills you need to find within the levels. Then, using karma, you can upgrade these core skills. For example, you can dash but upgrade it at some point to allow the hero to dash in mid-air.

Everything is laid out within the levels, though. You’ll run into the core skills just like you would run into karma. Nothing is hidden or interactive. In HunterX, you’re simply going through the motions of each level, which certainly gets dull after a while.

The boss battles were unique enough. However, you most likely won’t defeat them in one shot because they’re difficult. This obviously isn’t bad, but I’m bringing it up because of the somewhat sticky controls and the save system. 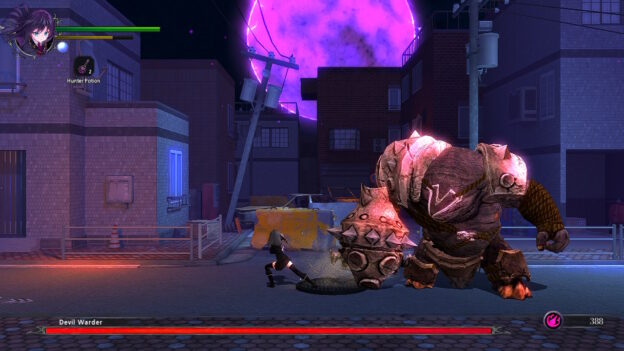 For example, this isn’t a hack-n-slash game, despite its appearance. I often spammed the attack button against enemies or bosses, which landed me in trouble. Instead of one hit after another, the protagonist would toss a couple of hits and then need to reset, if you will, before attacking again. It was a slower pace, and I couldn’t get out of the habit of spamming the button. That could be an issue of mine rather than the game.

However, the save system could have been done better. You’re only allowed to save by certain statues, often found about halfway through each level (and the levels are rather large). When you die, that’s where you respawn. So, if you die to a boss, you need to redo half of the level again.

Not to mention that sometimes the game will save whatever karma you got between the save point and the end of the level. However, it was too inconsistent for my liking. I often turned the game off whenever I died rather than try again. 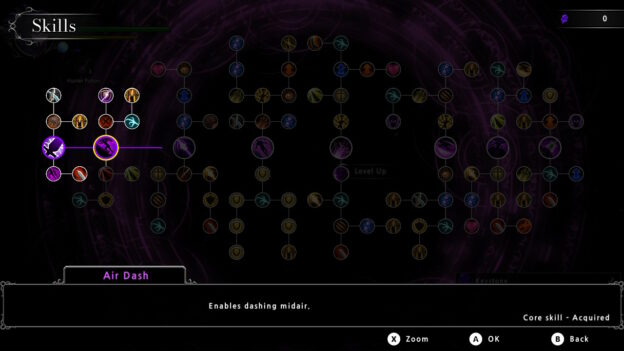 Overall, the only memorable bits of this game were the boss battles to me. The levels were repetitive, and while the map system was pretty cool, they were too large of the same gameplay for me to want to explore the whole level. In addition, the same music played on a loop for every area, so I often played my music or had a movie on as background noise.

I believe HunterX has the potential to be an excellent platformer, but it didn’t do anything special for me. The lack of story explanation and characters left a gaping hole, and the gameplay grew dull and repetitive after a while.

HunterX has the potential to be an excellent platformer, but the lack of story left a gaping hole, and the gameplay grew dull and repetitive after a while.

Rachel is a writer and blogger who is an avid gamer. She's been playing video games for as long as she can remember often watching her older sister play before becoming taking up the controller as "Player Two." Lover of all things Nintendo, her favorite titles are Paper Mario, Pokemon, Animal Crossing, Luigi's Mansion, and the Legend of Zelda. She's currently attempting to learn D&D.
Top