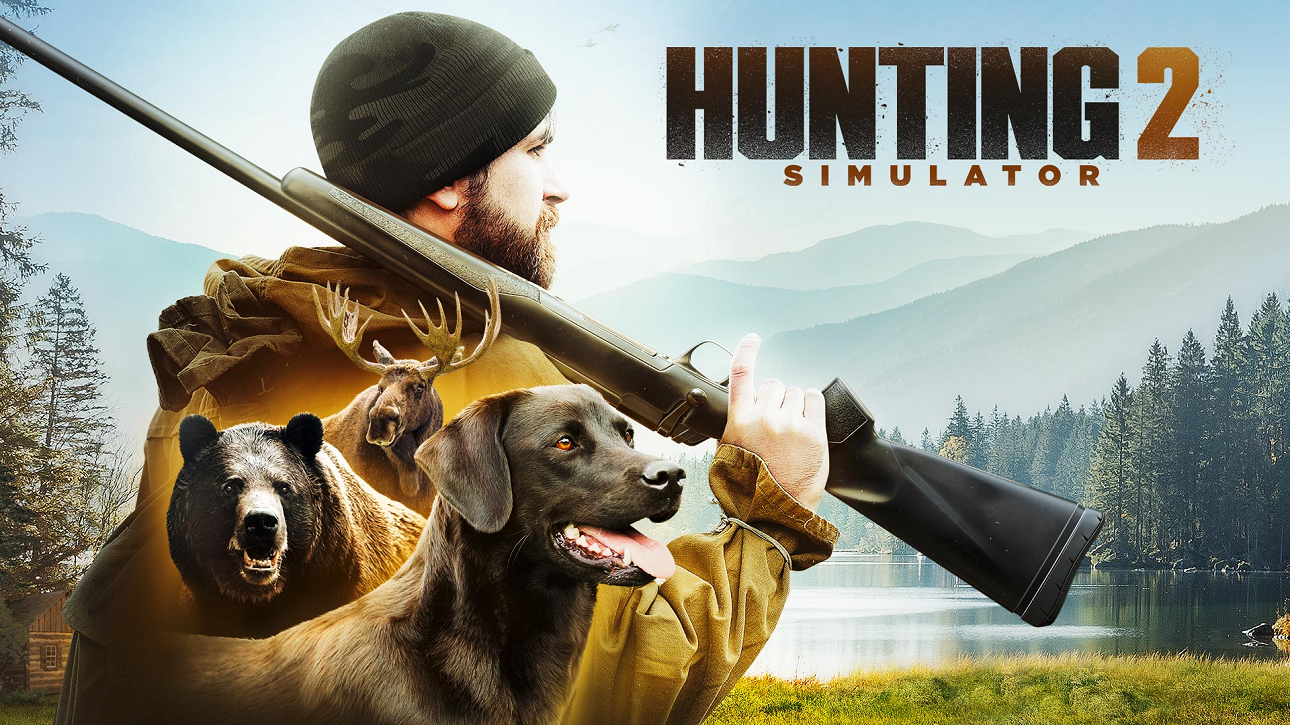 Hunting Simulator 2 brings a return to hunting action first seen over two years ago. As someone who missed the original release, I’m approaching this sequel almost entirely fresh.

I say almost entirely, as I’m aware of one key element missing from this second installment, and that’s a campaign mode. It’s a surprising omission that’s left my replay mainly as a grind to acquire one of every weapon. There also seems to be fewer animal species. But I digress.

The hunting here is authentic to its namesake, a simulation. This title isn’t an arcade hunter. While more or less straightforward on paper, the gameplay is quite demanding in execution. Simply walking from one side of the map to the other is a time-consuming task, and that’s before you even get a weapon out. You can run, but it’s awkward holding the stick down. Your stamina’s all in all low too, not to mention running scares prey. Unlike Cabela’s: The Hunt – Championship Edition, there’s no ATV to aid in exploration. The exploration’s still enjoyable, just a slow process. Thankfully, there’s no timer.

Discovering animals sooner or later (usually later) is a slow process too. That makes it all the more discouraging when the “WRONG CALIBER!” flashes. I was careful to mark animal locations on my map (which you can zoom in and out) so I could return later with different caliber.  I searched for an in-game encyclopedia or tutorial to educate myself on this but found none. An in-game wiki warns you of caliber fines, but that’s all. I wish I could disable it as I’m not interested in trophies.

Yes, as someone who would only ever hunt for clothing or food, I much appreciate the necessity to bag your prey and return to the cabin to sell it. Ethics aside, this is also practical in terms of needed finances. Along with licenses and weapons, accessories and clothing costs can add up. I’ve no complaints about Hunting Simulator 2’s attention to realism.

One thing I have questions about (in terms of realism) is unethical kills. For instance, it took me three shots to down a bear, and the third triggered the penalty. Is it truly better to follow the blood trail as the animal slowly dies? In any case, it made me extra careful to aim for vital organs, which don’t have much margin for error.

Joining me in my hunts is my beagle, Cutie Pie. A few dogs are available, but I’ve grown attached to her. The dog upgrades over time, so I’ll stick with her, even if she lacks certain abilities (curiously, the hunter never seems to upgrade stamina). Having a canine companion makes my time in the virtual outdoors feel less lonely. Even when she loses a scent, it’s hard not to smile at her tail wagging.

Admittedly, the Switch console brings the least attractive visuals for this release. But Hunting Simulator 2 still looks pretty good on my TV, although not as good as the screenshots would indicate. Occasionally, the lighting results in shadows appearing darker than they should be. There’s also the odd bit of animation or muddy textures.

It’s the locations that deliver nature’s eye candy. While there are only six regions, they are sizable. They include the meadows of Colorado, plateaus of Texas, and the marshlands of Europe. I like getting the high ground to stop and take in the sights. Amazingly, after a dozen-plus hours, I’ve still only found a small percentage of towers in my effort to get the elevated views. Again, I suggest playing on a television for the best viewing.  This isn’t the sort of title you’d play in handheld mode for a few minutes and make much progress anyway.

Another eye-catching area is the beautiful lodge. Here you can rest your dog, change the time of day to hunt, and more. With three music tracks, it also gives you something different than ambient sound effects. Outside the lodge, there’s target practice (with a local leaderboard) and skeet shooting that sadly seems to be lacking a conventional tournament feature.

Real-life hunters should appreciate Hunting Simulator 2. Virtual hunters may sometimes find themselves in want, as this game can straddle the line between relaxing and dull. But it should grow on you, as your canine companion also grows beside you. You’ll develop “nerves of steel, and an incredible amount of patience.” Be prepared to invest a lot of time to get the most out of this entertaining if uneven offering, though.

Keep an eye out for some DLC as well.

Real-life hunters should appreciate Hunting Simulator 2. Virtual hunters may sometimes find themselves in want, as this game can straddle the line between relaxing and dull. But it should grow on you, as your canine companion also grows beside you. You’ll develop “nerves of steel, and an incredible amount of patience.” Be prepared to invest a lot of time to get the most out of this entertaining if uneven offering, though.