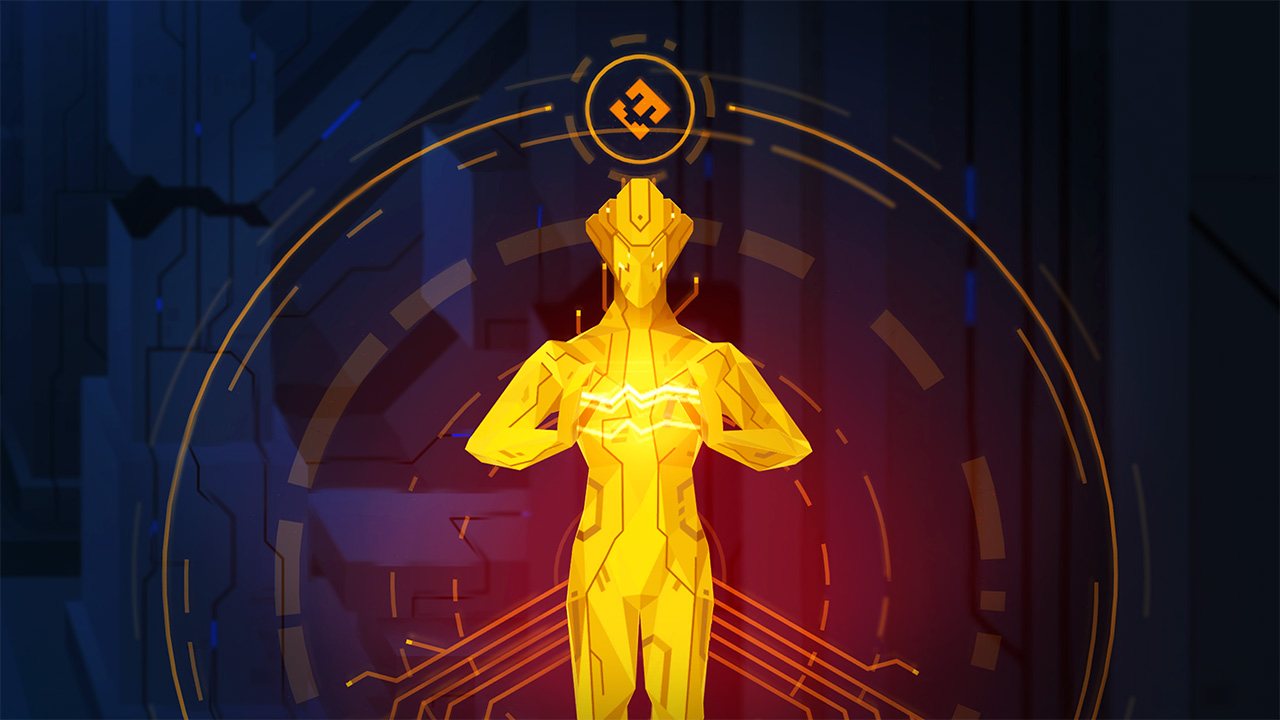 Hyperforma is an action-arcade game published by HeroCraft and developed by Nord Unit. It uses shooter and puzzle elements in a cyberpunk world involving hacking computer systems. It’s a unique combination that generally pays off, despite a few flaws.

The game is set in the year 2043. It seems that your character is quite the hacker – a trait passed down from your father – and your skills are put to the test as you hack your way through ten chapters of different computer interfaces. Your main goal is to search for someone named PRINCESS. As interesting as it is, the story is somewhat vague and complicated, since a lot of it involves talking to computers using formal and technical dialogue. 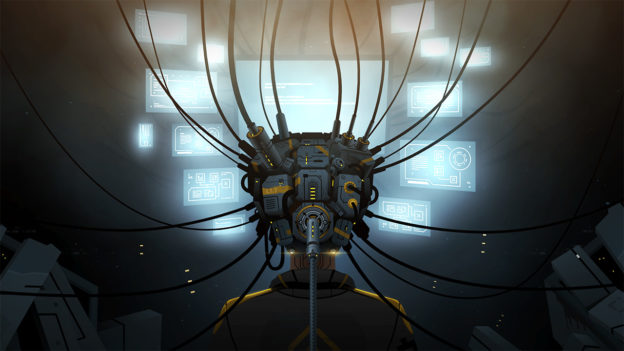 There’s a huge amount of creativity in the concept though. Your avatar looks a little like the fire guy from Fantastic Four – a yellow humanoid shape who can fly. Chapters are broken down into numerous levels, each level requiring you to unlock a rotating collection of cubes by attacking its core – it sounds strange to me even now! It’s a little like a Rubik’s cube that’s been pulled apart into different shapes. You can spin the shape in any three-dimensional direction, attacking it with your hacker. This is the shooter element – your avatar bounces around like a bullet. Depending on where you hit, you’ll cause the shape to shrink, expand, or partially disappear. Eventually, you’ll make your way to the center and finish the level. 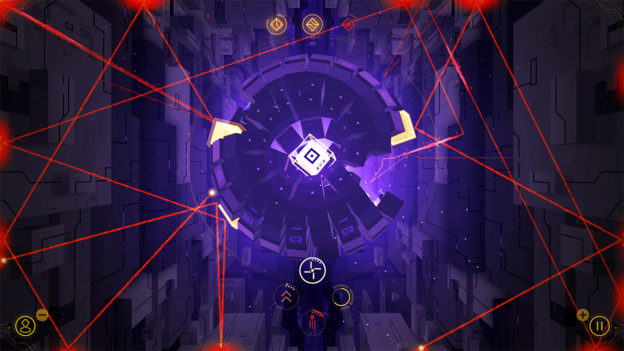 I’d be lying if I said Hyperforma was an easy game to understand. While I had little difficulty passing levels (generally) it was more of a fluke than anything. I really just flung my guy around until I hit that sweet spot. Completing levels grants you points, keys, and other unlockable tidbits; none of these were explained to me. 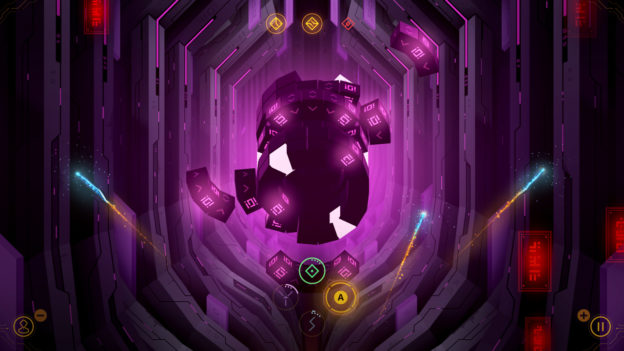 After a few levels – I think once you have enough keys? – you return to the computer terminal. These are represented as large humanoid shapes and serve as the boss battles of the game. I found these to be much more difficult – and fun too. The music is also used very effectively in these battles, with the bosses attacking in time to the beat. It’s a welcome reprieve from the spinning-cube portion of the game, which does tend to become a little monotonous. 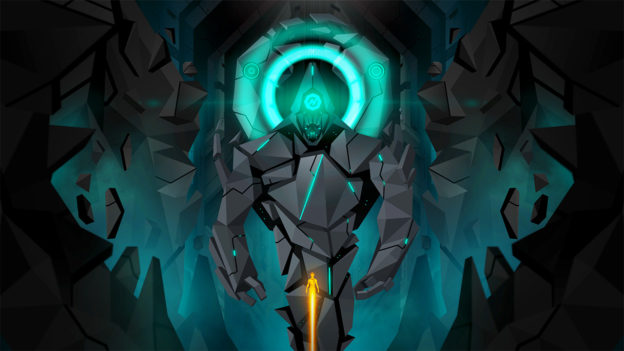 Another positive factor is the audio. The soundtrack here is pretty impressive, evident right from the title screen. You can tell how important the music is before even starting to play, with a laid-back electro-pop track. It’s really catchy – I stayed on the title screen longer than usual just to listen to it. To further emphasise this audiological importance, the developers provide a short message when you start the game: Use headphones for increased immersion. I took their advice and was glad I did. 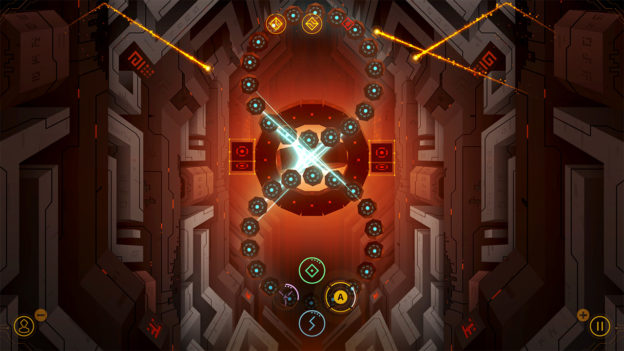 The game’s controls are good, providing a fluid experience – once you understand what’s going on. The tutorial system is left a little wanting, explaining things at a slow pace. For example, you unlock skills for your character as you progress – like cloning or more power – but I didn’t know how to use them! Eventually I worked it out but a more obvious tutorial system would help a lot.

At its core, Hyperforma is a very creative game, with some interesting mechanics and fantastic audio. It’s easy enough to play although the concept starts to wear a little thin over time. There’s also a bit of a learning curve at first – and indeed throughout – as a lot of elements aren’t well explained. Still, this is a fun ride while it lasts and should be one to consider if you like something a little different – and you’re spatially aware.