‘Hyrule Warriors’ for the Wii U is one of my favorite games. Before I heard about it coming to the 3DS I would always tell my friends “this would be a great portable game”. Well, it seems my wishes have come true. ”Hyrule Warriors Legends” is now available on the 3DS, with new characters, levels items and missions. If you need a refresher on specific gameplay details checkout Matt Paxtons review of the Wii U version of Hyrule Warriors.

Legends is almost the exact same game as its Wii U predecessor in terms of gameplay. The players goal is to work their way through a map, defeating hoards of monsters and giant bosses, while capturing enemy bases (or “keeps”) along the way. From the main menu you can choose legend mode, free mode, adventure mode, my fairy, gallery, settings and extras. In legend mode you can experience the main story and unlock new playable characters along the way. In free mode you can replay any level that you’ve already beaten with any of the characters. This is good if you want to go back and collect materials\weapons, find gold skultullas or try the level on a higher difficulty. In adventure mode there are tons of different missions to complete. After completing one you’re able to move onto the next. You can usually choose which character you want to play as in adventure mode so its a good opportunity to level up and collect some extra gold skulltulas. Collecting enough of these will unlock illustrations that you can view in gallery mode which also includes tutorials, characters and a music player. 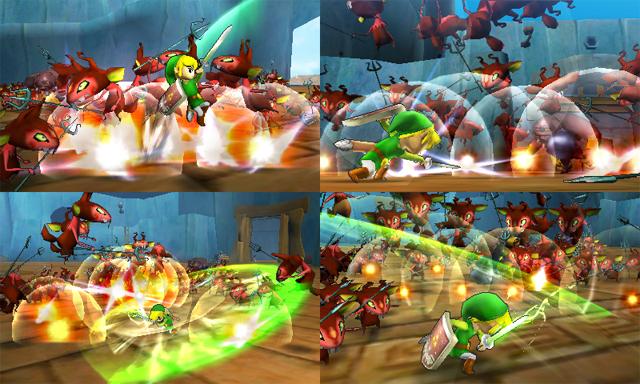 New to this version of the game is my fairy mode. here you can nurture and raise fairies that will help you out during battle. I didn’t get to mess around with this too much but it seems pretty interesting. Along with new content comes 5 awesome new playable characters. Linkle, Skullkid, Tetra, Toon Link and King Daphnes. All of them are awesome in their own ways and come with a few playable missions that were added to the story mode, nothing too notable but enough to introduce you to their different styles and attacks. My favorite new character is Linkle. She’s very eager to join the battle and save Hyrule. She also thinks that she could be the legendary hero… Because her grandma told her so of course. I really enjoyed her double crossbows. She has a nice roster of short and long ranged attacks. She’s also equipped with a special attack meter. When it’s full you can unleash a slew of powerful arrows at enemies by holding down the Y button. It’s kind of funny that I’m so fond of Linkle because I really didn’t expect her to be as awesome as she is. Hopefully we’ll see some more of her in the future.

Some other notable additions to “Legends” are the owl statues and being able to switch between characters during battle. When you find an owl statue on the map you can activate it and warp there anytime with the new golden ocarina item. This is really nifty when you need to get somewhere quick or help out one of your team members. Also during battle you are now able to switch between characters that are involved with that specific level. This lets you be in up to four different places at once during battle and get an advantage on groups of approaching enemies. Be careful though, if one of your teammates fails, the whole team fails. So you have to make sure you don’t just leave them in a fiery pile of Moblins when you switch to another character. It’s easy to switch back and forth, all you need to do is tap the character you want to go to on the touch screen and viola! You can also select items and view your map and missions on the touch screen. These are some great new and helpful additions to the game which would have been great in the original version. So that’s definitely a plus for me.

Hyrule Warriors Legends is also compatible with amiibo. Checkout more info in the video below.

The biggest downfall to “Hyrule Warriors Legends” is… well the graphics and gameplay itself. There were times when I would be playing and the game would slow down when there was a lot going on. Enemies would appear and disappear while I was playing. I also hate to say it but the background and other scenery are really lacking detail as well. Everything’s really blown out. Even some of the games menus and option screens were blurry. It’s hard to tell from the screenshots I posted because most of them are taken from a “New” 3DS system. It was a  little confusing, seeing as I’ve played games like Ocarina of Time 3D and Majoras Mask 3D, which look so great on the 3DS. But I have a feeling “Legends” was made for the “New” 3DS (obviously) so maybe it was just me, seeing as I do not own one yet. I personally feel that the game, cosmetically speaking, just isn’t good. There are also no 3D effects available if you’re playing the game on the original system, which was disappointing. One positive thing I can say is that the cut scenes still look great… so you can look forward to that. The game is also still equipped with an awesome soundtrack. One thing I miss from the original game is being able to choose your background music during battle. Not a huge loss but it was fun to switch around the music. 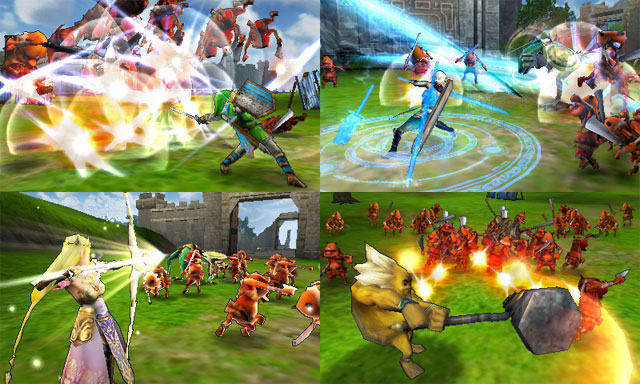 I know you’re probably thinking “well that sounds kinda crappy”, but don’t judge it too harshly just yet. Despite it’s unappealing graphics its actually still a pretty fun, enthralling game with an awesome amount of content. I find myself playing it quite often lately and enjoying myself (almost) as much as I did with the Wii U version. Your experience also depends on the hardware you’re using. Like I said earlier the game is pretty much made for the New 3DS, so it looks and plays a lot better on that system. If you can stand it I would hold out on grabbing this game until you get the New 3DS. But regardless of what I think, I’ve still played it everyday (willingly) since I got it, so that has to count for something. Another thing I should mention is when you purchase the game you receive a download code for a free “Hyrule Warriors Legends” theme (for the 3DS home menu) and a code that makes the new characters playable in the Wii U version, which is pretty freaking cool. I recommend checking it out, if you were a fan of the original. While some parts are a tad frustrating it’s still a fun, exciting experience…just not a very visually satisfying one. 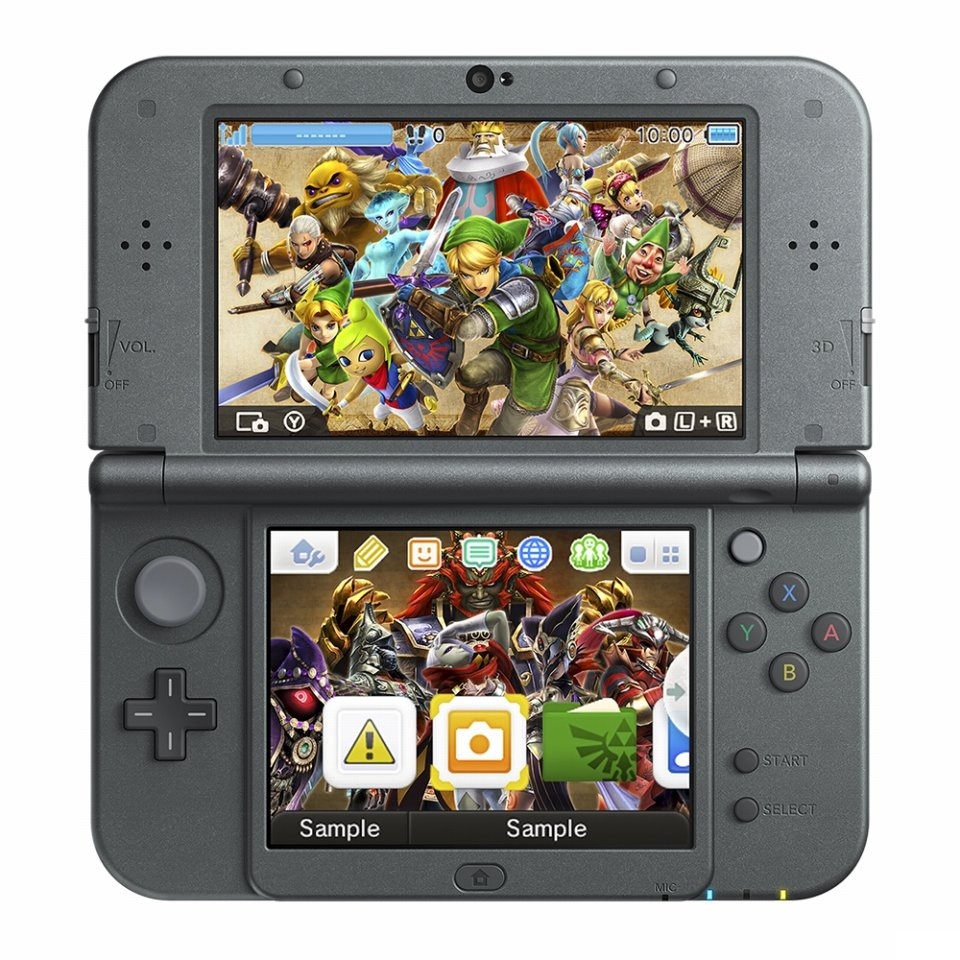 Hyrule Warrior’s is every bit as cool as its predecessor gameplay wise. The biggest downfalls are the textures and graphics presented throughout the game. I was really disappointed with how the game played on my original 3DS system. But I have to say, I still enjoyed the overall experience and new content so it is worth getting if  you’re a fan of the series. Especially if you own a New 3DS…