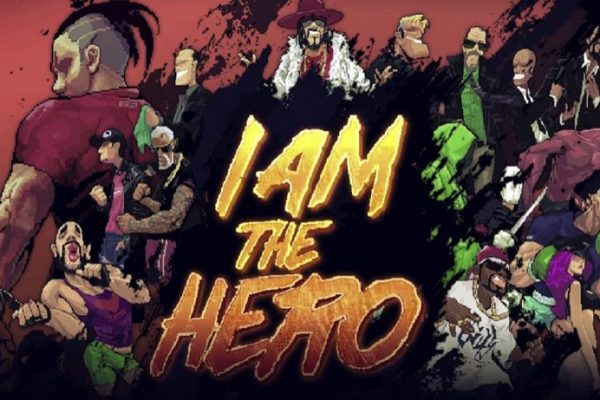 I Am The Hero is an arcade fighter in the vein of old-school games like Streets of Rage or Final Fight. The developers have tried to create a love letter to these classic titles, adding their own modern touches. Unfortunately, although it has its moments, I Am The Hero just doesn’t live up to those beat ‘em ups of yesteryear.

This game is a bit of a mixed bag. On one hand, it’s fun to walk the streets as a tough guy and beat up any baddies who wander your way. On the other hand, there’s only so much of this you can do without getting bored. The biggest downside to this game is that it lacks variety – it’s also way too short and easy. 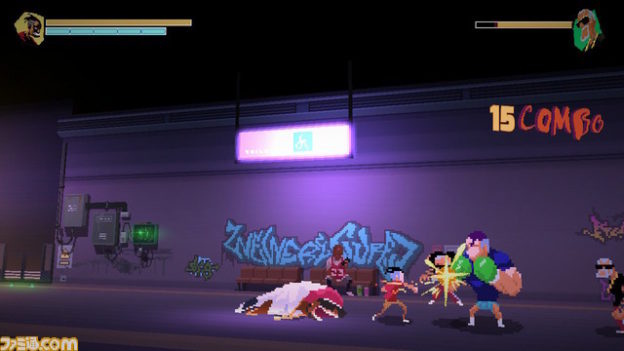 Visually, the game sports a pixel-art aesthetic, with a cartoony look that gives an interestingly modern edge to the rough streets. Your fighting also takes you underground, through sewers and labs on your path to victory. Some elements are interactive, like cars that you can beat up. Health items drop occasionally too, keeping you on track.

The cartoonishness extends to the enemies, some of whom have large, caricature-like heads. Their weapons shoot giant fists at you instead of bullets, and their eyeballs pop out of their sockets when they’re hit. It’s an odd style that might work better if it was consistent – it doesn’t apply to all characters, which makes them look like they don’t belong in this world. 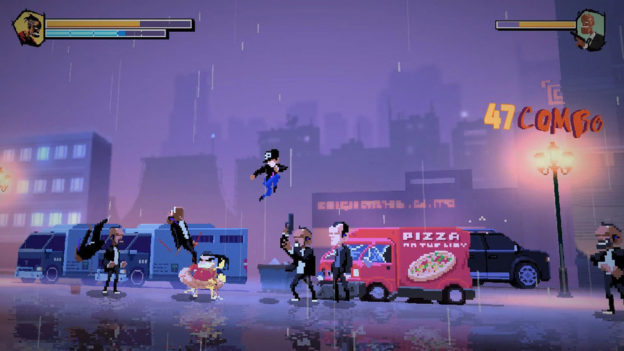 There are quite a few different types of enemies, from gangsters to vomiting zombies. Bosses are sprinkled in there too. Each has its own pattern, making them generally easy to beat. The only tough sections are when a lot of enemies congregate at once. Most of the time, you can simply corner an enemy and mash your Joy-Con, pummelling them until they’re dead. It’s satisfying at first but does become a little repetitive.

The combat itself is simple, with kicks and punches that seem stronger than regular human strength. Some of the special moves are overly complicated to pull off and not particularly worth summoning. Again, button mashing is the most effective form of dishing out punishment. 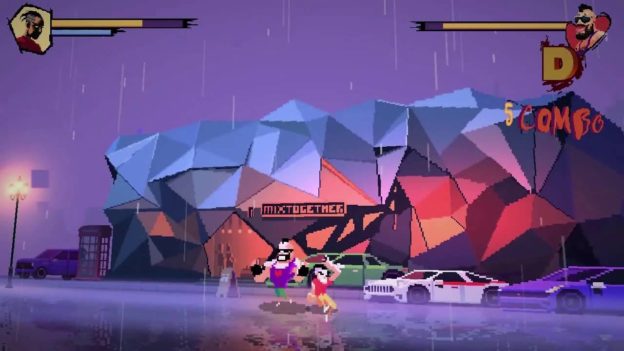 The lack of engaging story will put some people off too. You’re not rescuing anyone and there’s no real reason for the continued assault on your being. There are several spelling mistakes and grammatical errors along the way, too. There are also a few graphical glitches, like odd pixelated boxes in the rainy scenes. These give the game an unpolished, rushed appearance.

Levels are broken down into stages, though they seem to vary in length. Some are quick, while others take a seemingly long time to get through. There are a couple of interesting departures from the standard left-to-right formula, but these are few and far between.

Despite these flaws, some niceties are included, adding to the enjoyment while it lasts. The main campaign features drop-in/drop-out co-op, and it is more fun with a second player. The music is also a positive feature, with a rocking score that’s simple, even if it’s somewhat repetitive.

Overall, I Am The Hero is a game that’s fun to play with a friend – while it lasts. It’s rough around the edges and too easy and short for veterans, but it’s got enough of a punch to make it worthy of an afternoon of brawling with a buddy.

I Am The Hero is love letter to classic brawlers, though it’s not as good as those of yesteryear. It lacks a story and it’s over too quickly, but it could scratch that fighter itch if you’re looking to kill a few hours.