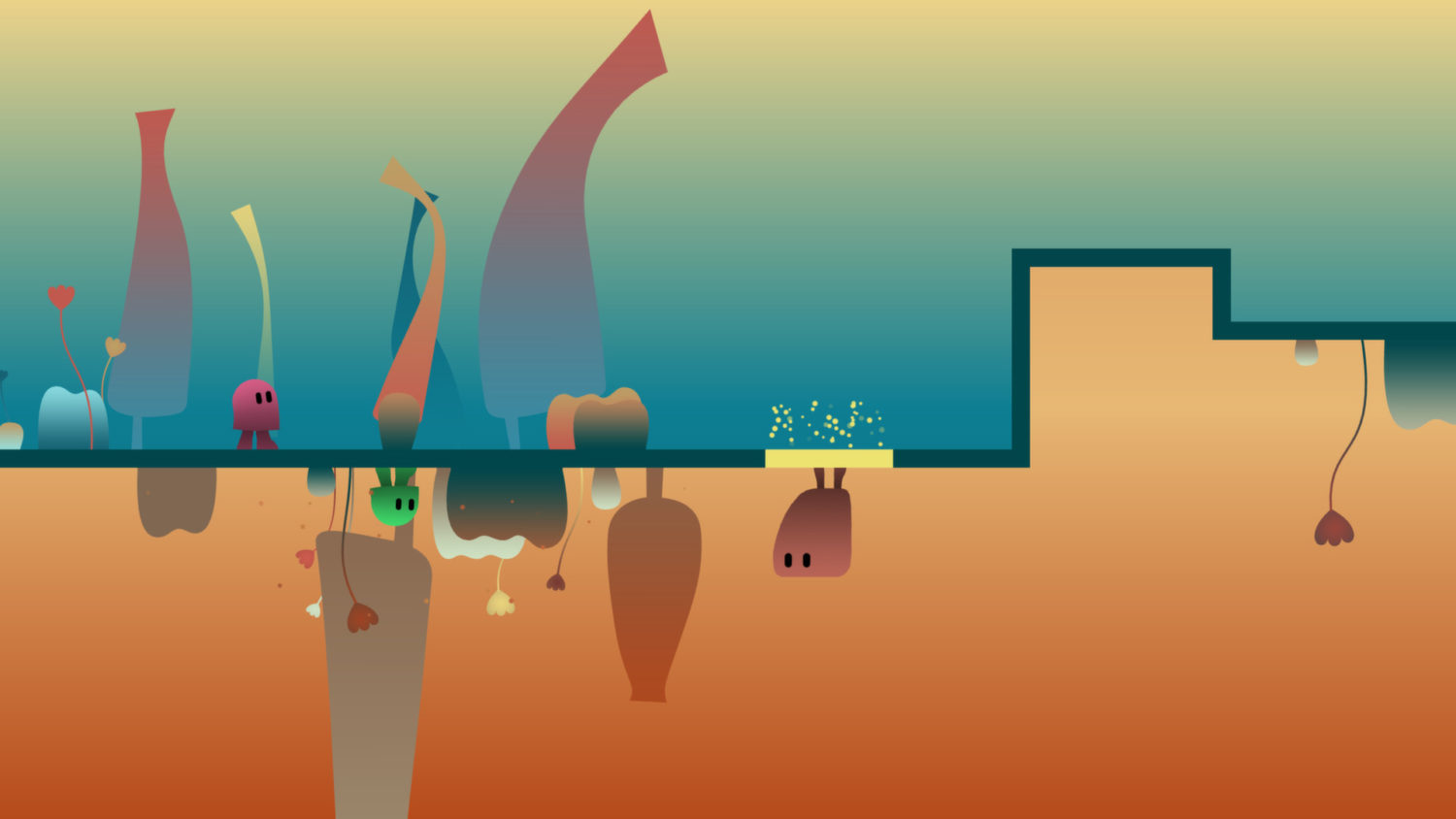 ibb & obb is a co-op puzzle platformer for the Nintendo Switch. Getting across the level is the goal. Completing that goal level to level is its own feat.

I was charmed by ibb & obb’s simple and cute world. The characters are little blobs with eyes who run, jump, and swim—and they wink if you hit L and R! The animation was endearing, despite the sometimes frustrating obstacles, and the music was never disruptive. 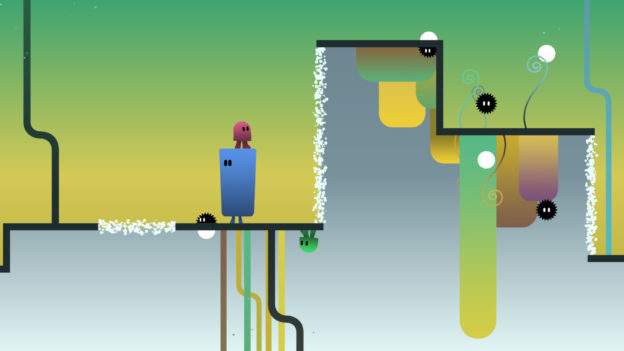 ibb & obb was serene to look at. Its use of flat design and color-blocking is something I personally gravitate towards a lot. Don’t get me wrong, I love games with immaculate detailing and illustrations, but I really appreciate simple games with simple animation. You appreciate its charm and can focus on the game more than get derailed by the atmosphere.

The multiplayer was easy enough. Jump in a game with someone online or have a friend join you on the couch. My husband and I had fun pushing each other around and occasionally actually collaborating to solve puzzles. The game doesn’t put you under the pressure of a timer or with limited lives. We were free to sit and consider what each puzzle needed us to do. This also means it could work as a time waster for siblings or friends just messing around on the Switch. 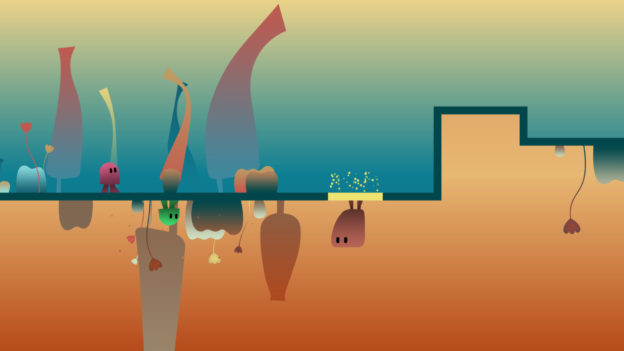 But for those of us looking to solve the game: every puzzle had its own use of logic or physics to solve them. In some cases, ibb stood on a platform while obb found a high space to jump off of to launch ibb off the ground. Other puzzles involved paths only one could take. The puzzles were more or less the same throughout the game, with varying degrees of difficulty. Watching the little guys fling themselves in the air or hop on each other for leverage was a fun part of the experience. 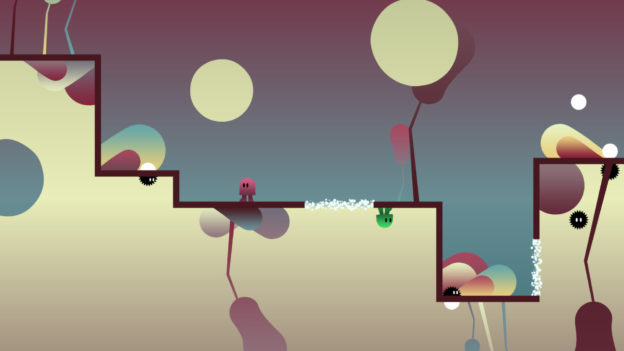 As a puzzler, ibb & obb is a good game to play with family and friends. Some of its puzzles were easy, while others were completely unforgiving. Having two heads try to navigate the solution was funny and frustrating all at once. If you want to put your relationships to the test, pick this title up to witness who cracks under the pressure first (newsflash: it was me). The puzzles will scale to teach players new tricks as they progress, but it’s done more subtly than other titles like it. There were times where the puzzles’ difficulty levels felt randomized. I’m not sure if that’s a mark against the game, but I figured it was worth noting.

ibb & obb plays like a smooth, simple platformer with no rough edges to be seen. The characters are cute and the puzzles are difficult enough have kept my husband and I engaged. I recommend this game for a fun, collaborative time.

ibb & obb plays like a smooth, simple platformer with no rough edges to be seen. The characters are cute and the puzzles are difficult enough have kept my husband and I engaged. I recommend this game for a fun, collaborative time.