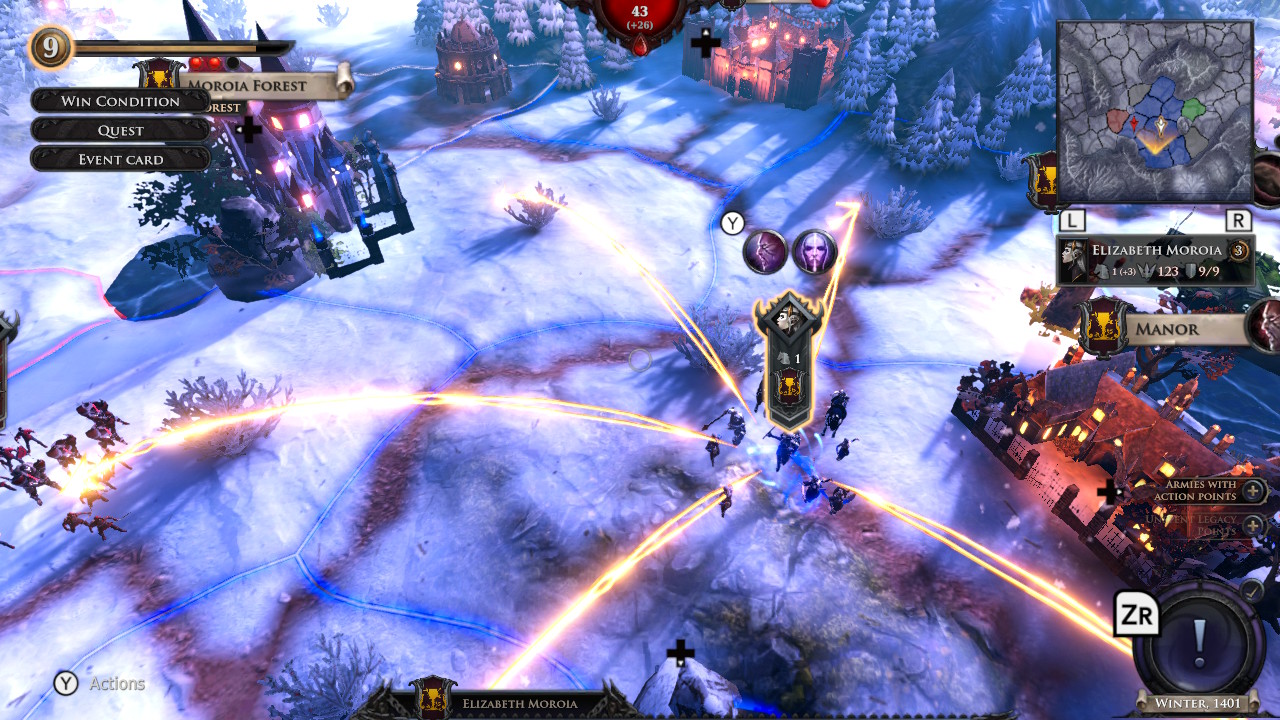 Who wants to live forever?

In Immortal Realms: Vampire Wars, you get the chance to prove you can defeat all your enemies and survive for all time—or you can get creamed. Either way, we get to have some fun, right?

So, what can we expect in this game? There are plenty of elements to control and upgrade, and you’ll be making decisions regarding your faction’s direction. If you like having plenty of little things to manage, then you are in luck. Myriad options will let you customize your kingdom, your army’s abilities, and your clan’s legacy.

Immortal Realms: Vampire Wars blends turn-based, RPG action with some card play. You get to build a deck of cards which are dealt out in random order during the game and can be used to buff units or armies. This can be enough to turn a battle in your favor. As you gain experience and your lord advances in status, your cards also get increases in their effectiveness. 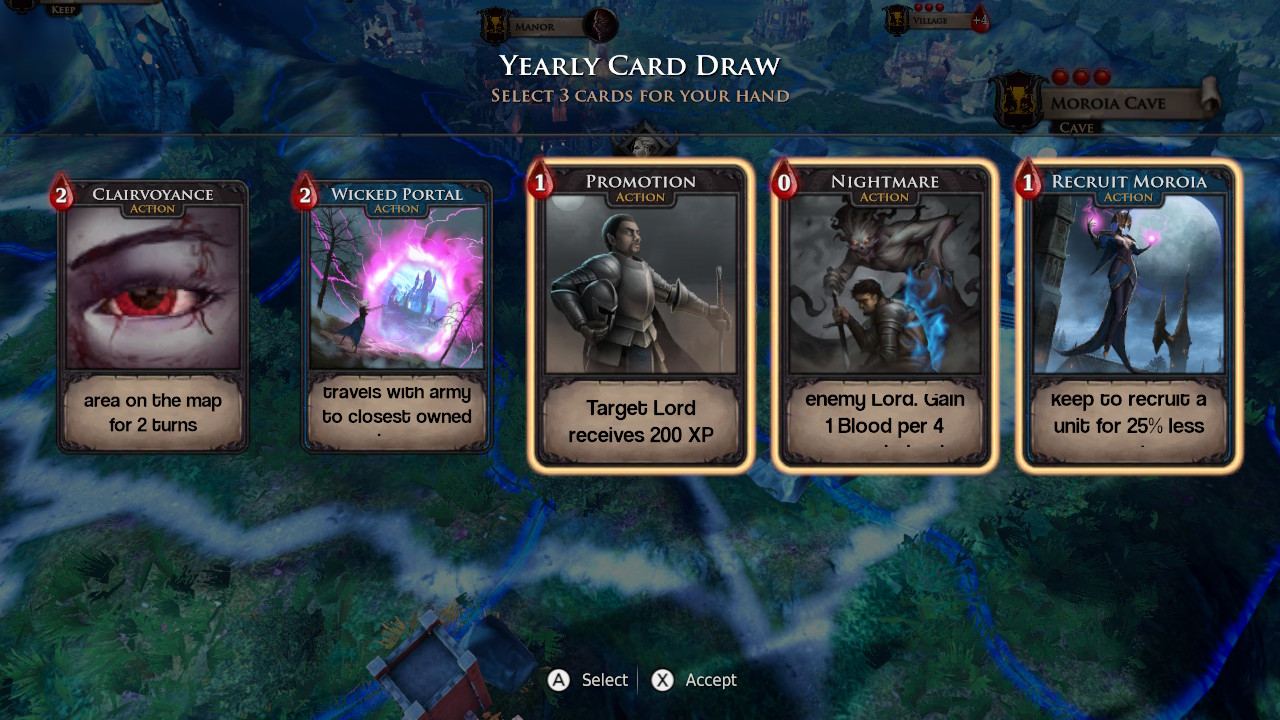 The combat sessions are played out on a square grid system. If you are familiar with Napoleonic-era tactics, this part is not all that hard. You can experiment with how you deploy your forces to the best effect against the foes coming at you. There are some fairly standard tactics which are almost always effective, such as keeping the archers behind the tanks. Traditional tactics are not always needed to win, so have some fun mixing things up; you may find some interesting new deployment and card play combinations. 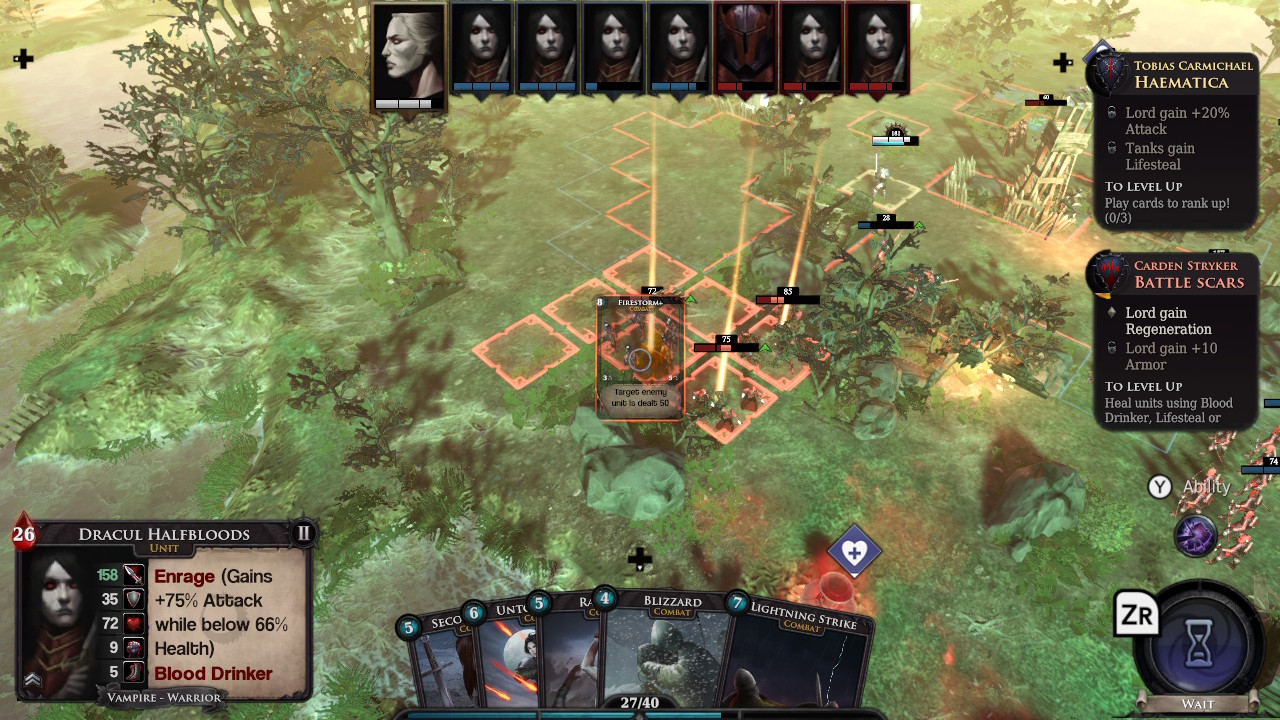 Part of the fun of this game is you can play from the perspective of different clan lords, such as the Dracul, Nosfernus, or the Moroia. Of course, each clan has its own special traits and abilities, so you get some good replay value. Each clan gets some individual cards to use, as well. There are a dozen missions and some good story elements to keep the player engaged. You also can access the open world Sandbox mode or Skirmish mode if you want to have a go at the heavy combat side of things. 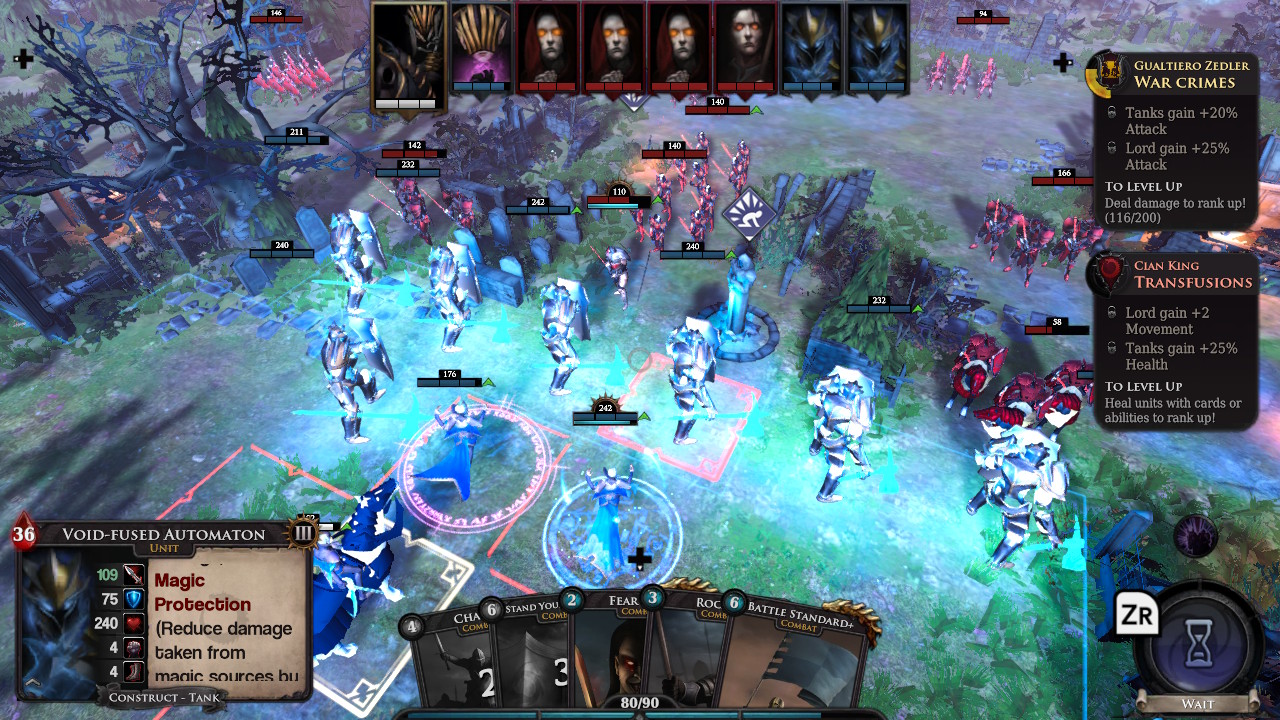 If you are new to Immortal Realms, you will definitely want to use the tutorial. Full disclosure—this is the first installation of Immortal Realms I have played. As a noob, I can tell you the tutorial does not do a very good job of describing how to actually do something (almost anything). You get instructions like “equip the helmet” as a goal/task to complete a section of the tutorial. That’s great, but where is the helmet, how do you select it, and how do you equip it? These are all things you have to fumble around with to figure out. There is a tiny icon on the screen with a little white dot on it that indicates (loosely) which button on the D-pad to use, but you still get to guess if it’s a button on the left or on the right.

Troop movement is also a bit hazy on the instructions. When all you get is “move your army to…” new players still need some guidance on how to select the troops and how to select the destination. The game would be much better served with a walkthrough style tutorial instead of the text box we get.

Speaking of text, you get plenty of it. The only problem is the text is too small. In handheld mode it’s positively minuscule, and I’m nearsighted enough as it is. I played on the TV, and the text is still squint-inducing. 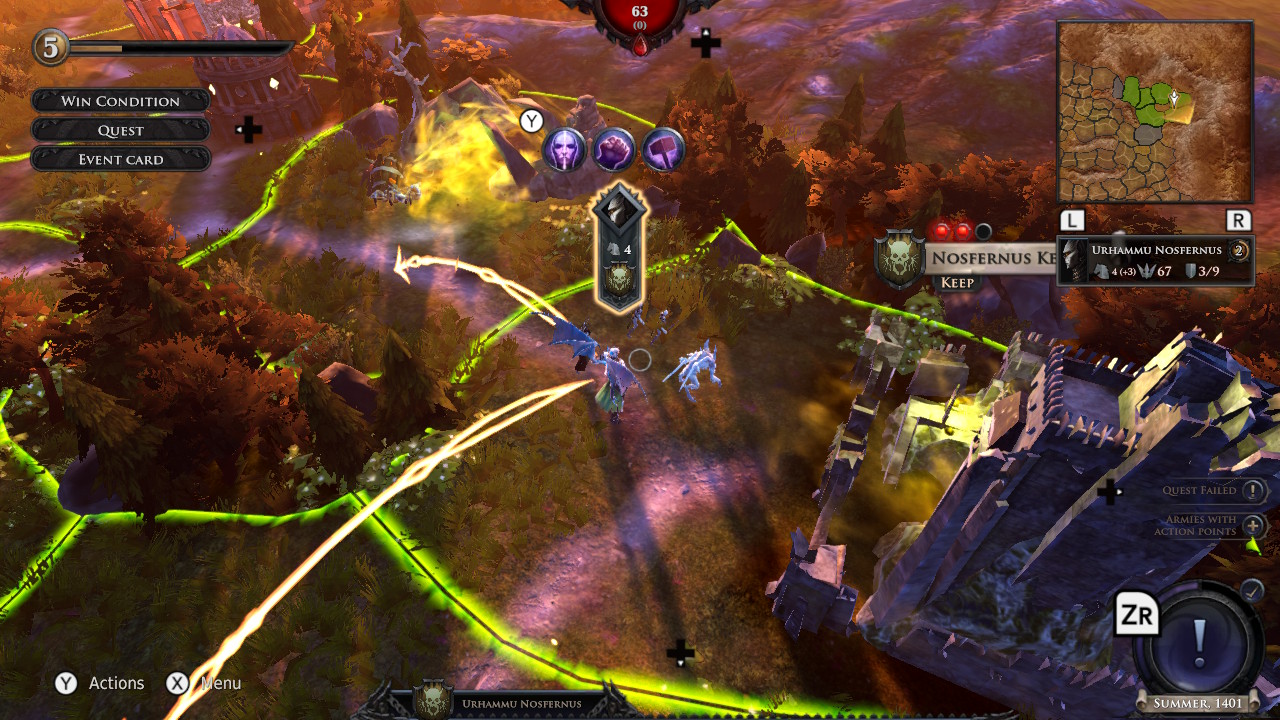 There is also a problem with the text at the left edge of the screen getting cut off on the TV, which should have been an easy fix.

On the upside, you do get decent control over the camera. As you hover overhead, you can move around the territory (left Joy-Con) or pan and zoom (right Joy-Con). The level of detail is pretty good, but it could be a little smoother for the TV viewing.

For a new game entry at (currently) $39.00, Immortal Realms: Vampire Wars could be better.

Immortal Realms: Vampire Wars will keep strategy gamers busy for a while, so you get decent value for money. I think the experience would be much more enjoyable with some well-aimed tutorial, movement, and UI refinements. Hopefully, we will get some improvements with the next installment, as I’m looking forward to seeing where this story can go.