Implosion is Rayark’s first game to make it to a main console, and the studio is off to a good start. The high-angle camera feels indicative of a mobile title, and a quick search into Rayark’s website confirms this game’s existence for mobile devices. I know there are many out there who look at mobile ports with disinterest, but there are some exceptions to that rule. The visuals are polished, and I’ve enjoyed Implosion’s art direction. I’m also impressed that all of the dialogue in the game is fully voiced. I’ve equally enjoyed by the game’s orchestrated soundtrack. However, this game is not perfect. Dialogue between characters never feels believable, and the constant snark of the main character does become grating at times. The game also takes an abrupt difficulty jump at the game’s halfway point.

The story follows Jake Carloway, who has been linked to the robot Avalon, and sent to the remnants of Earth. An alien force known as the XADA plan to attack from Earth against humanity’s new planet, Tau, and it is up to Jake to disrupt the XADA’s plans before they commence their attack. Along the way, Jake faces a variety of XADA, alien life forms that take over other beings. While tearing through XADA, Jake will learn the reason behind all of the activity on Earth, and what exactly the XADA are up to. 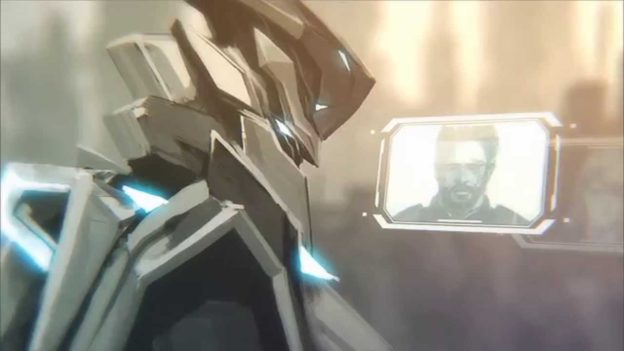 The gameplay is mostly hack-and-slash, with a mix of shooting to change up the pacing, which gives the player a chance to breathe. You’ll also get equipped with a machine gun, but with it’s almost ineffective attack power and inability to slow enemies down, feels largely useless. You’ll get the chance to pick up different guns throughout the game, but you can only have one gun at a time, so it replaces your machine gun until the ammunition runs out. This issue is compounded with additional frustration that these guns will be equipped automatically if you get too close to them for too long. Since these guns can be a real game changer, it is frustrating to know I can’t stock up and save these weapons for when I really need them.

For most of your time with Implosion, you’ll be relying on your sword to do the talking. Combos are easy to pick up, and usually consist of three or four steps – a fine amount considering enemies not only swarm, but don’t flinch until the final blow of a combo. Instead of blocking, Implosion has the player rely on well-timed dodges to avoid damage. While well-timed dodges will get you out of trouble, reckless dodging can just as easily run you right into more danger. Dodging also won’t help if you’ve been backed into a corner, which is increasingly common in later levels. 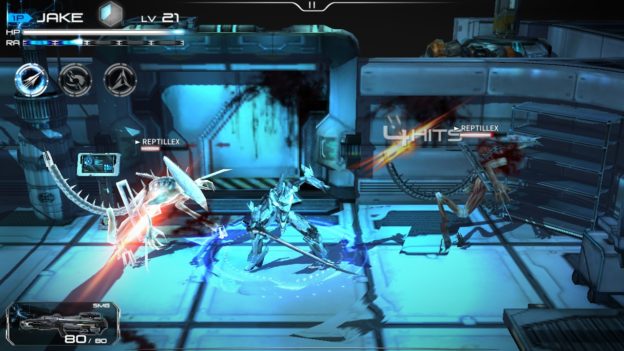 The camera does a good job of keeping an eye on both the player and the main threats, using a high angle on the scene and only panning down to the character’s level when facing a colossal enemy. In a game filled with explosives, lasers, and flashy moves, I never once lost my position on the screen. The caveat here is that the presentation of the action feels more lackluster, and sometimes stale. 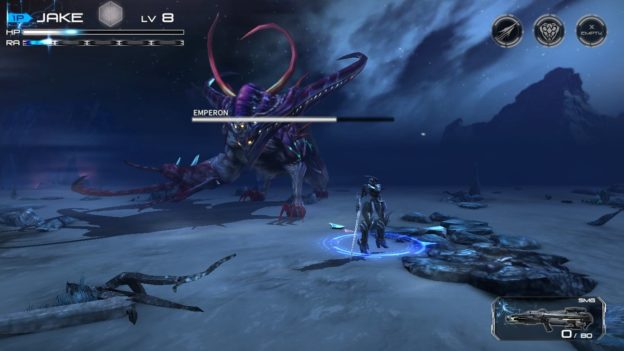 Implosion is a finely crafted indie title, but there are a few issues here and there which hamper the experience. I’m not the biggest fan of the game’s dialogue, but the voices definitely help flesh out the characters. These cons don’t write the game off completely, but they are things I hope Rayark improves on for their next installment.