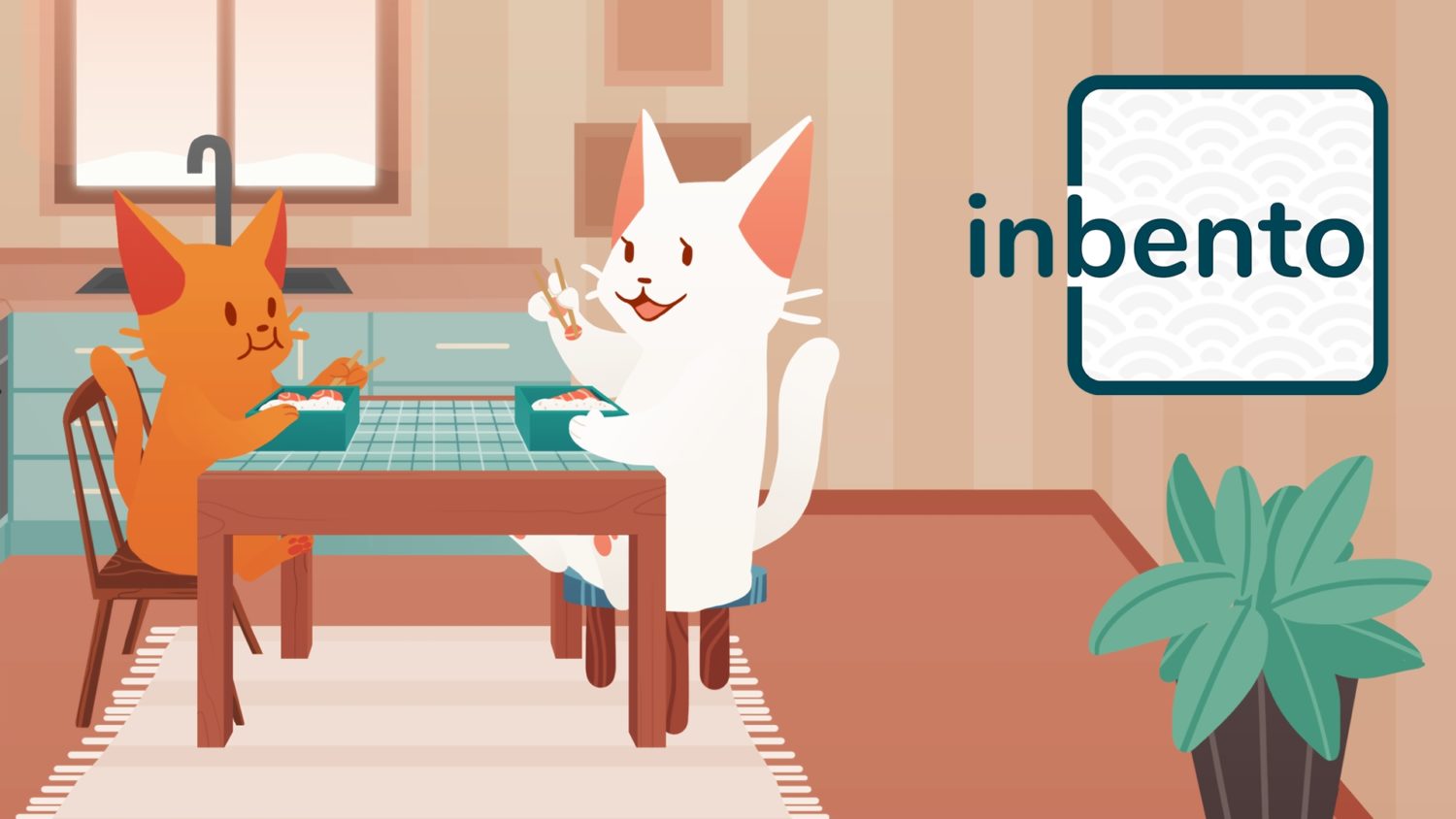 No school-provided lunches for this kitten, thank you.

I’m not entirely sure it’s possible for a game to be cuter than inbento. What could be more adorable and wholesome than a game centered around a mother cat making bento boxes for her kitten? But is it fun to play?

Before I get to that, let’s take a look at the game’s presentation. The story is told via simple illustrations that you swipe to move through. 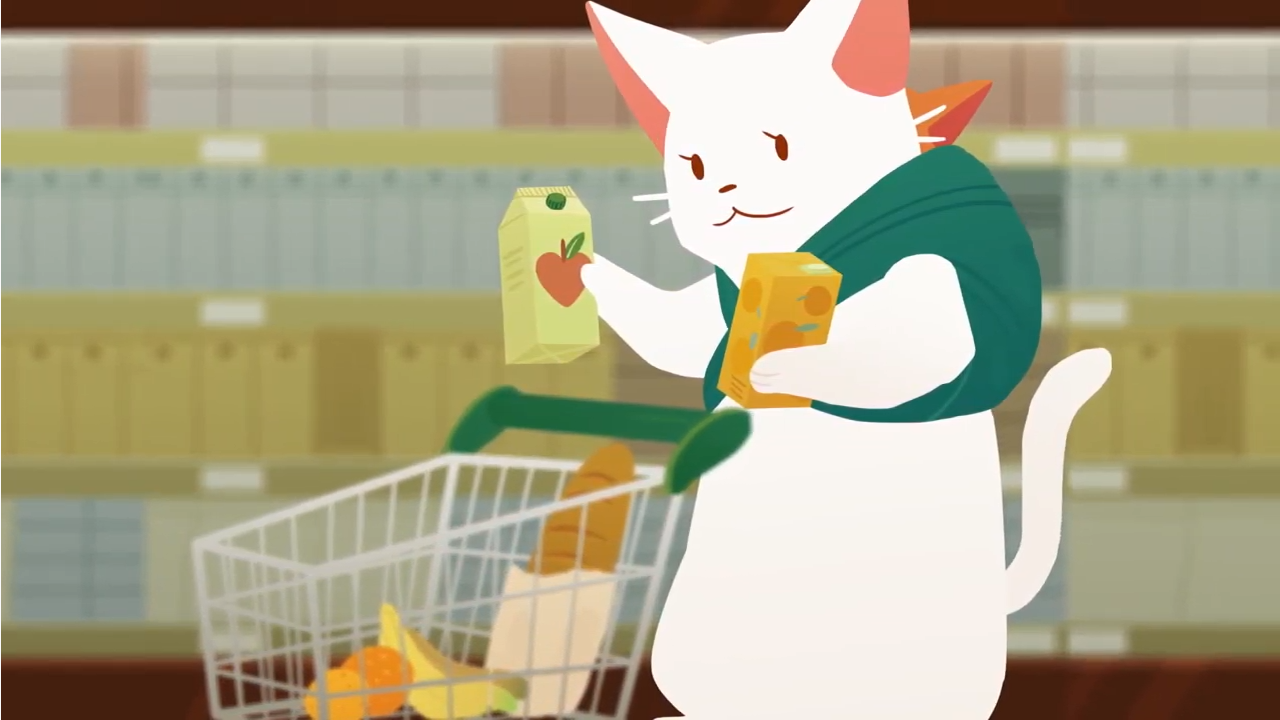 Originally an award-winning mobile game, inbento’s touchscreen controls translate nicely to the Switch in handheld mode. If you’re playing on the TV or just prefer sticks and buttons, you can play that way, too.

Once you get through the introduction (mom and kitten go shopping, kitten goes to bed, mom learns new recipes for tomorrow’s lunch), inbento slides naturally into the gameplay. You’re given a recipe, an empty bento box, and ingredients, and it’s up to you to arrange the ingredients so they match the recipe. 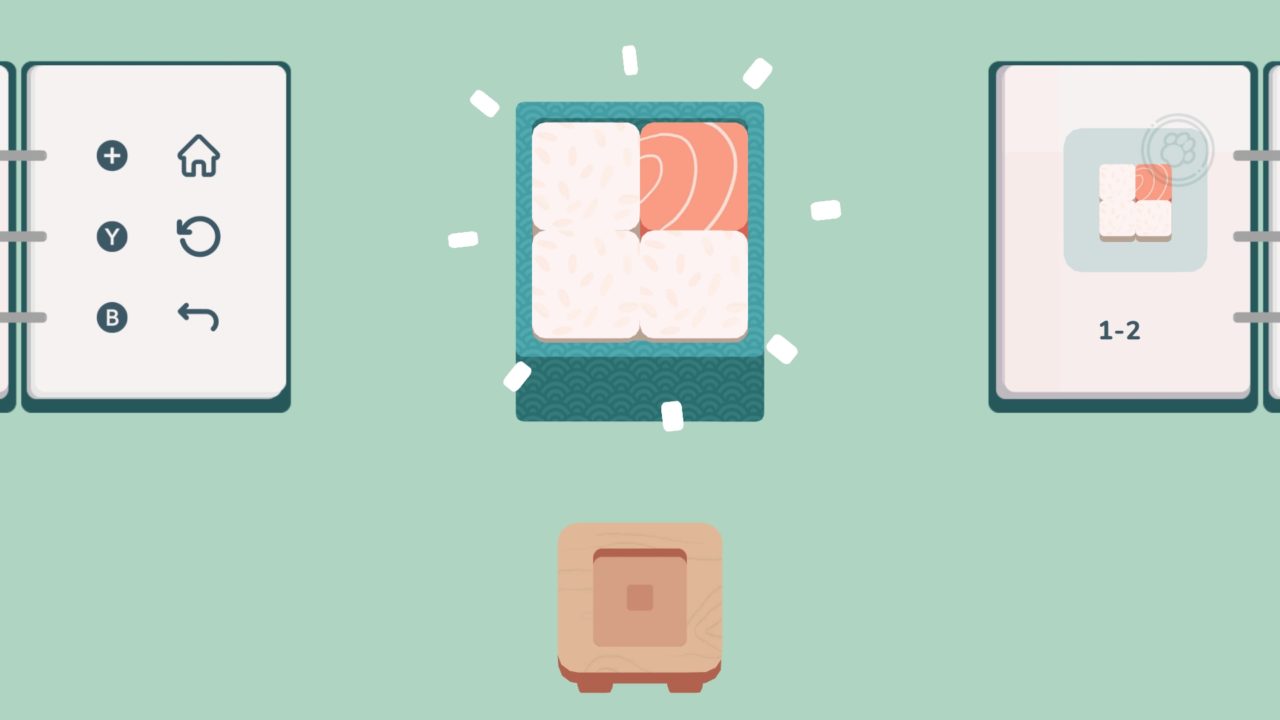 Of course, this starts out easily; drag the rice into the box. But no one wants just rice for lunch, so more ingredients are added. They need to be spun, moved, overlapped, flipped or not flipped depending upon the menu. The box quickly gets bigger, allowing for more ingredients and more complicated recipes.

I had my eight-year-old son, Max, and sixteen-year-daughter, Sophie, play the game, and both started out with the same criticism: “This is too easy.” A few minutes and a dozen or so puzzles later, however, and Max completely gave up. Sophie stuck with it, eventually declaring herself an “inbento genius.” Still, she didn’t play it very long before moving on to something else. Was that a difficulty issue? I don’t think so. The puzzles in inbento never get truly difficult, they just start to require more thought. Or, in some cases, trial-and-error. I solved more than a few by dumping ingredients into the box until I was able to visualize the final few steps. For the most part, though, the puzzles are a fun mixture of observation and implementation. 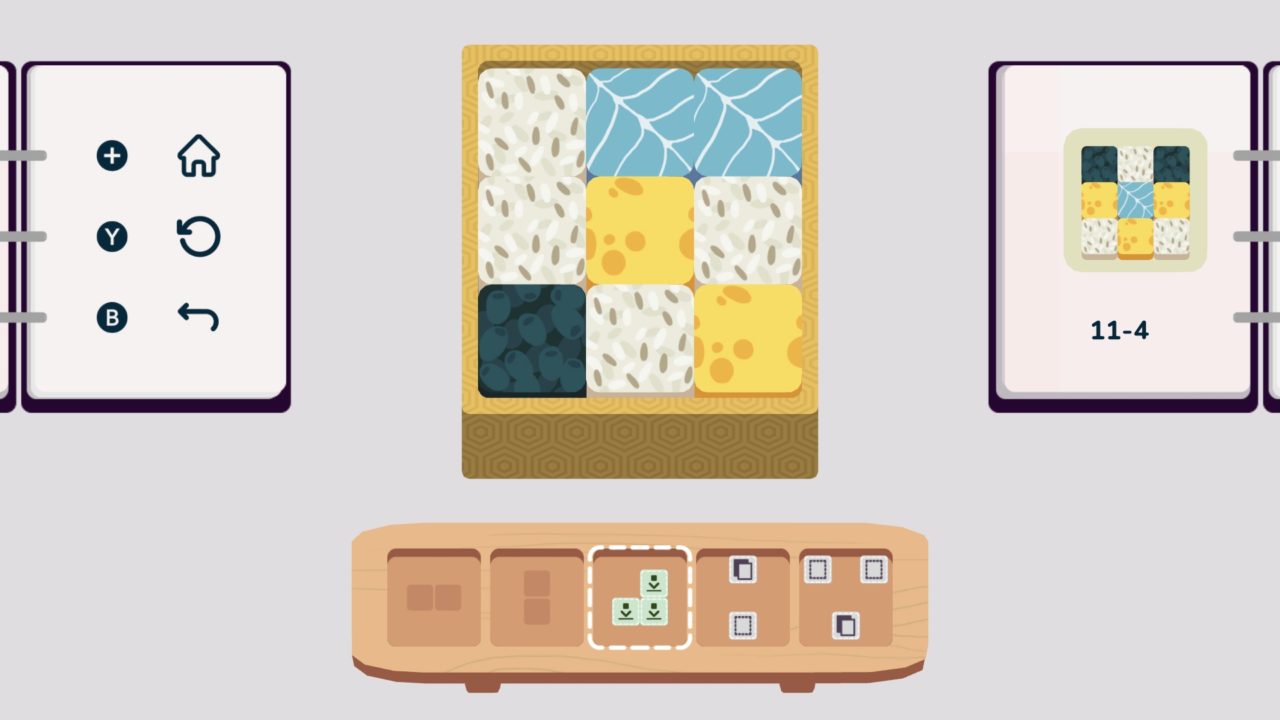 The setback is that the puzzles are virtually the same throughout. Although the integrated story helps break up the monotony, you’re basically doing the same thing throughout the game’s 100+ puzzles. As such, inbento is best enjoyed in short bursts. And although the graphics are cute and friendly, they tend to get dwarfed on the TV. This is definitely a game that feels more natural on your Switch Lite or in the Switch’s handheld mode.

It’s easy for me to recommend inbento based solely on how sweet the game is. The art, story, and music come together to create an experience that’s cute without being treacly (and if you’re the parent of a kid who watches any child-based television programming, you know that’s a very rare thing). Still, the clever puzzles and pleasing challenges do succumb to the lack of variation. You may, therefore, find yourself putting it aside after a few puzzles as a result, but will surely go back to it before too long. You know…as with most good mobile games.

inbento is a joyful little game that’s wonderfully presented. It’s perhaps too challenging for young kids, however, and not varied enough for adults. That doesn’t mean it’s not worth playing, but rather—like lunch itself—that it’s best enjoyed if you and a youngster can share the time spent with it.