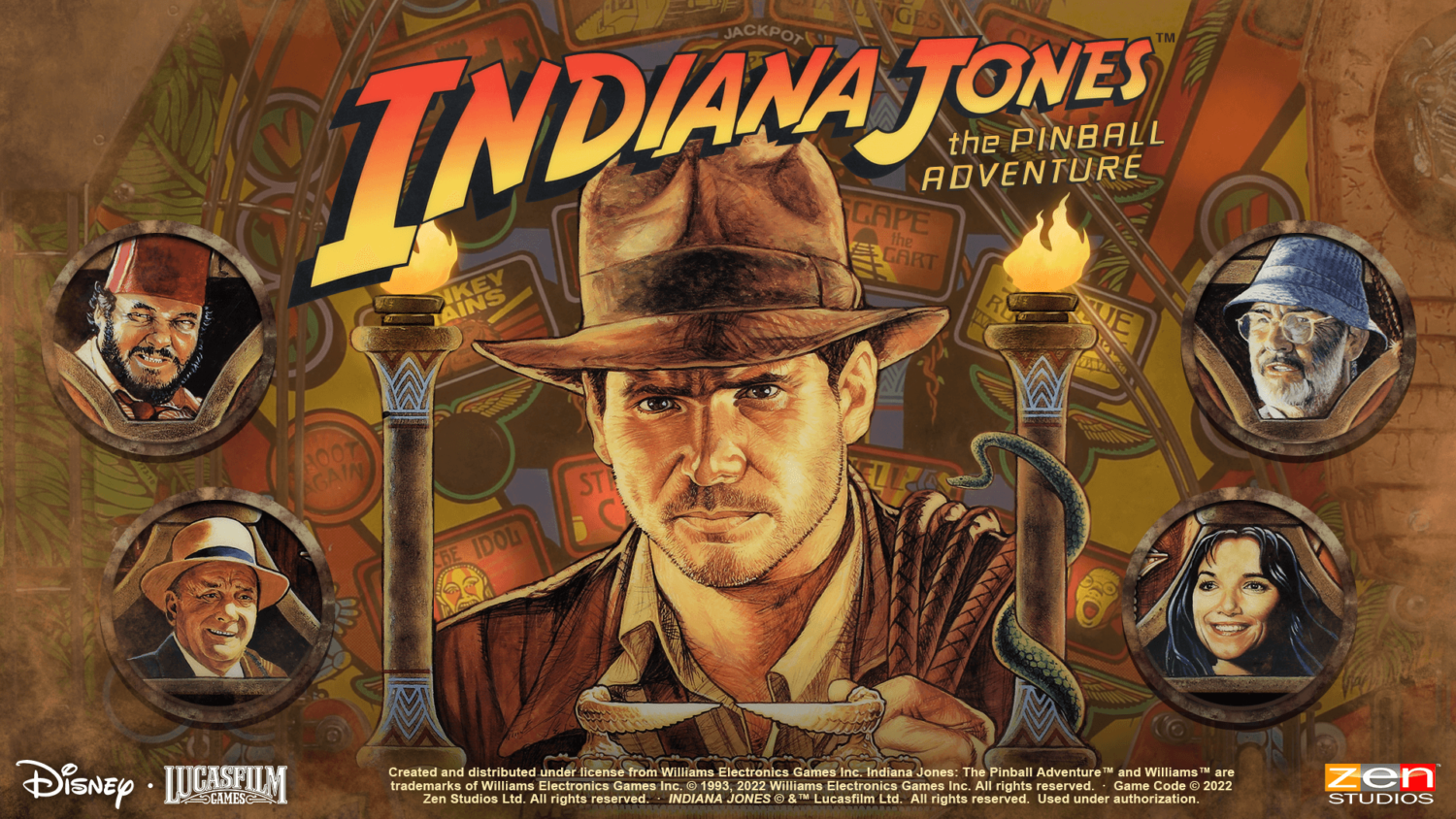 You lost today, kid, but that doesn't mean you have to like it.

When it comes to pinball machines based on popular IPs, I generally first ask myself what I like more, pinball or the franchise. Flash Gordon, for example, wins over pinball. KISS does not. With Indiana Jones, it’s kind of a wash.

Indiana Jones: The Pinball Adventure was released in 1993 by Williams. It doesn’t stack up with my favorite Williams machines, but it’s a good one, and Zen Studios has done their typically solid (state) job of bringing it to digital gamers. This is a fun game to play, with a lot of elements that will appeal to hardcore pinball fans and those nostalgic for the old Indiana Jones movies.

Adding Indiana Jones: The Pinball Adventure to your Zen Pinball FX3 collection simply opens up a new option on the gaming map. There’s no virtual arcade to walk around in here, which allows you to quickly get into the game. However, there are options to navigate through, such as tournament mode or quick play as a single player or hotseat multiplayer. You can choose to play with the addition of Zen’s special effects or go with a traditional interpretation of the physical game. You can even reorient the screen to play vertically in your Switch’s handheld mode. This certainly makes efficient use of the full screen, but it can be hard to see all your targets and lights on the smaller screen.

Of course, these options are available for all Pinball FX3 games (or, at least for the ones I’ve purchased). How about Indiana Jones: The Pinball Adventure itself?

Well, as I mentioned, it helps that we’re starting with a really good pinball machine. Indy comes with a bunch of tasks to complete to jack up your scores. They’re split into twelve modes, four for each of the movies that were out at the time (thankfully, no Crystal Skull references here).

To the pinball dilettante, these modes just involve keeping the ball in play and hoping for the best. And that’s fine; it’s how I approach every new machine I play. But once you get good and start to pick up on the machine’s nuances, these tasks become even more fun. For example, in the Raiders of the Lost Ark mode, you have to find Marion by hitting the correct ramp or orbit. The Last Crusade has a video mode where you have to choose the correct grail after they’re shuffled around. 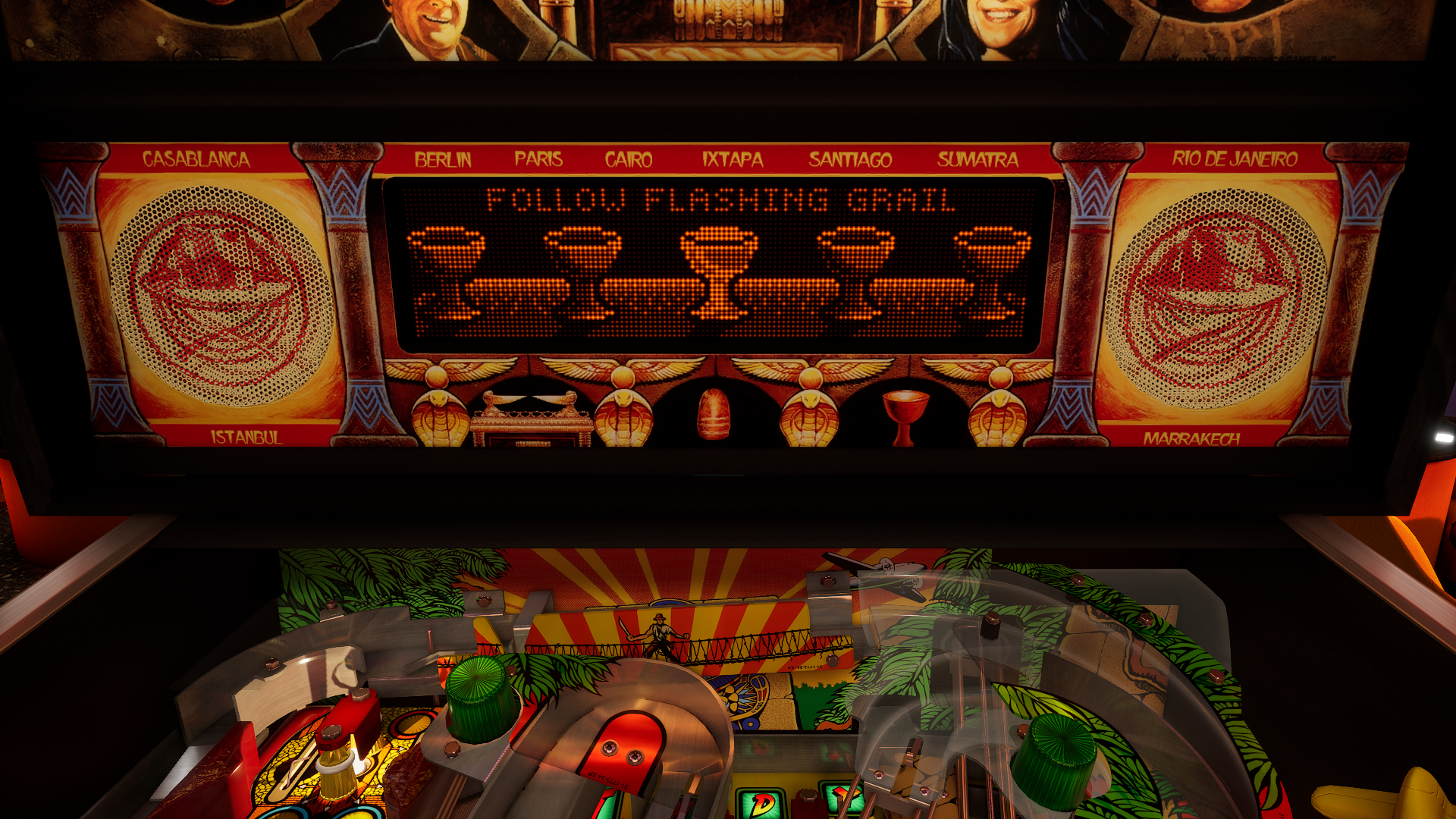 If the game-specific tasks aren’t enough, Zen also provides a bunch of rotating community tasks to go after. There’s something new to try for each time you enter the arcade.

These are all fun for fans of Indiana Jones, but there are a couple of unique features for those who just want something different from a pinball machine, too. In the Path of Adventure, you’ll use the flippers to tilt a small playfield to correctly guide the ball through. And if you like when the action becomes frantic, there are two six-ball multiball options! In one, if you hit every target on the machine with at least two balls in play, you’ll get one billion points!

Zen includes instructions for these various modes. More importantly, they give you a practice mode where you can play on a single run for an hour. Obviously, your score here doesn’t get passed to the leaderboards, but it allows you to push for the harder-to-reach goals without having to start from scratch with a new game. It’s wonderful practice, and it really helps you get a feel for the machine.

The game does have a couple of minor annoyances, unfortunately. Load times are oddly long, for example. The flipper action on this machine feels oddly spongey to me, but perhaps that’s faithful to the physical machine. I also wish there was a sliding adjustment for the angle at which the playfield is viewed. The provided static view modes are too low to feel natural to me, and they make it difficult to see what’s going on at the top of the board. There are view modes that follow the ball around, but I find those too jarring to use.

And finally, the price is a bit high. $14.99 for one machine seems excessive. You’d have to really want Indiana Jones: The Pinball Adventure to pay that, but it should be worth it if this is one of your favorites. I’d do it for Police Force, honestly.

I still point people to the iPad as the best way to play Zen Pinball games, especially now that Zen Pinball Party is included with your Apple Arcade subscription. But it doesn’t have all the games, and it doesn’t have this one in particular. So, you decide where to drop your quarters.

Indiana Jones: The Pinball Adventure is another worthwhile entry in the Pinball FX3 library. Although it’s not the best deal Zen has to offer, the machine is good enough to appeal to fans of pinball in general or Indy himself (with visual presentation options to accommodate both groups).