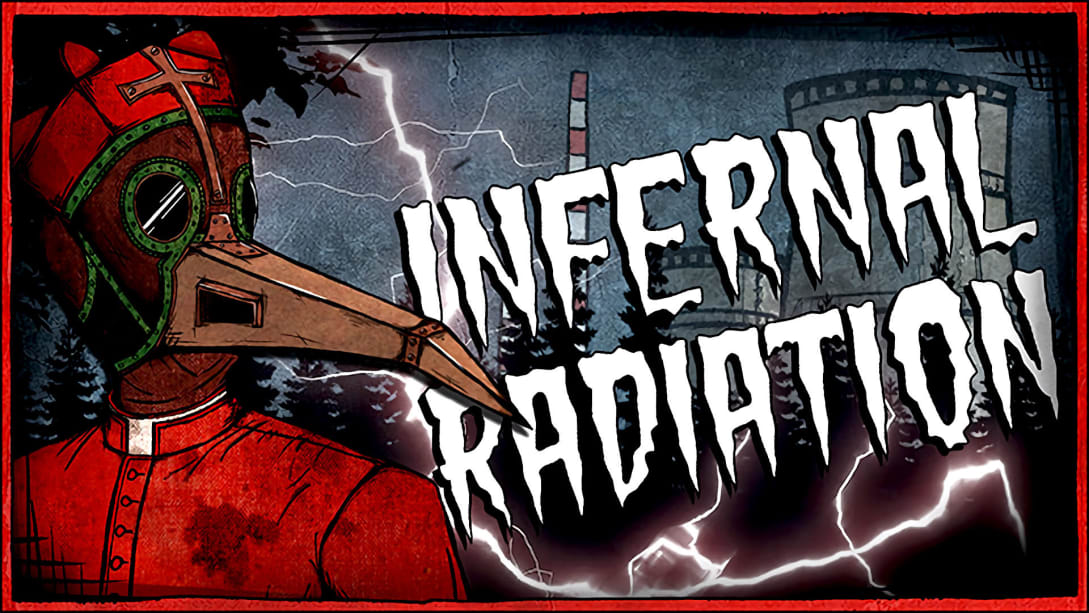 Infernal Radiation is an adventure-arcade game for the Nintendo Switch. It brings a turn-based approach to exorcising demons in a game that’s pretty hard to describe. With dark humor, tough battles, and creepy music, is this the game for you?

It’s safe to say that Infernal Radiation is a unique game, bordering on strange. You play the role of Cardinal Godspeed, an expert in the art of exorcism. You find yourself on Halloween Island, surrounded by hellfire after some kind of power reactor explosion has unleashed demons into our world. Your mission is to race around the island and, well, exorcise the bad guys.

A couple of positive things stand out in this game. For one, the battles are interestingly designed. Essentially, you stand opposite your foe and hurl magic at each other. You can block with a shield, which repels the spell. It’s tactical in the sense that timing is important – you can’t block and attack at the same time, and there’s a slight delay between being able to use either ability, leaving you completely vulnerable. 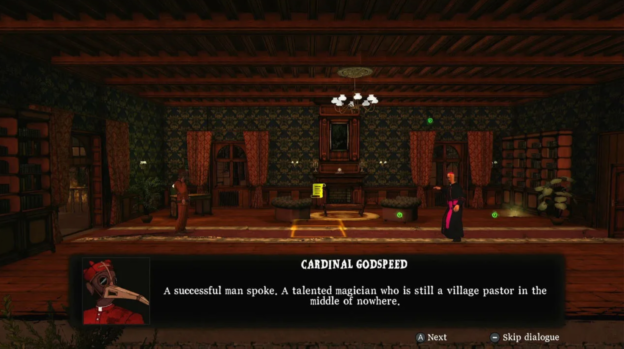 The downside here is that each of the 20 demons plays the same way. Their spell patterns vary, but the battles themselves become fairly repetitive, especially since most enemies have multiple lives. You have to fully deplete their health bar more than once in order to win. Meanwhile, you only have one health bar. This makes it a challenging game.

There is help available in the form of powers and skills. Powers grant immunity to specific spells, like poison or ice. You’ll also gain experience points as you progress. Levelling up grants you skill points which can enhance your health, strength or other various attributes.

Another element I like is the respawn feature. When you die – which happens frequently during some of the tougher battles – you have the option to either restart the exorcism or respawn somewhere safe. Safety means a nearby location, so this feature acts like a quick save. It means you can choose to restart the fight or try another route. 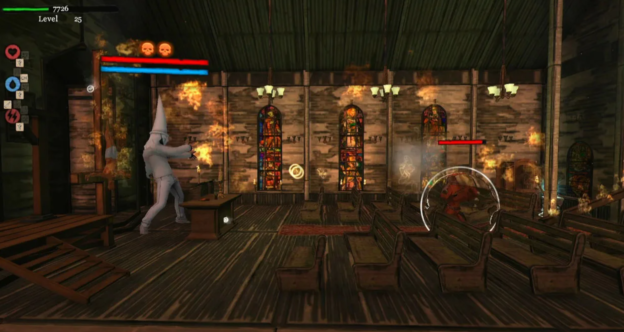 There’s not much else to Infernal Radiation, to be honest. You’ll discover bits of badly written dialogue around the island as you progress. The language is odd at times, like it was written by teenagers, with plenty of typos that give it an unpolished feel. The dialogue appears as pop ups that look inspired by comic books. It’s actually a cool on-screen effect, though it clashes a little with the dark style of the game and can be annoying when it keeps popping up as you move past again.

The graphics themselves are decent, though a little muddy. It genuinely looks like Hell on Earth. The world is presented in 3D, so there’s depth to the environment allowing you to move forward and backward as well as left and right. The camera doesn’t shift at all, meaning your view of the action is sometimes obscured by objects in the foreground. It can also be tricky to find the opening to a room when you can’t “see” the doorway. Overall, it could use a little more work to make it smoother.

The audio is suitably creepy, with a slow and echo-y electronic soundtrack that matches the atmosphere. Each character wears a weird mask, making them appear insane or terrifying (or both) and the music suits this obscurity well, adding to the unique feel of the game. 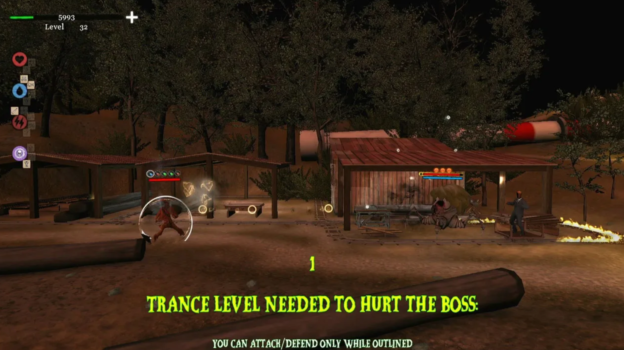 Overall, Infernal Radiation is an interesting game. I was put off at first by the sheer oddness of the characters and dialogue, but there is a little more to it under the surface. The battles, though repetitive, are challenging and there are role-playing elements on hand. The dark content might appeal to certain players, while it will put others off entirely. And it could definitely use a little polishing.

Infernal Radiation is an interesting game that won’t appeal to everyone. It’s a bit repetitive and rough around the edges, but the oddness is certainly unique and the battles are challenging.