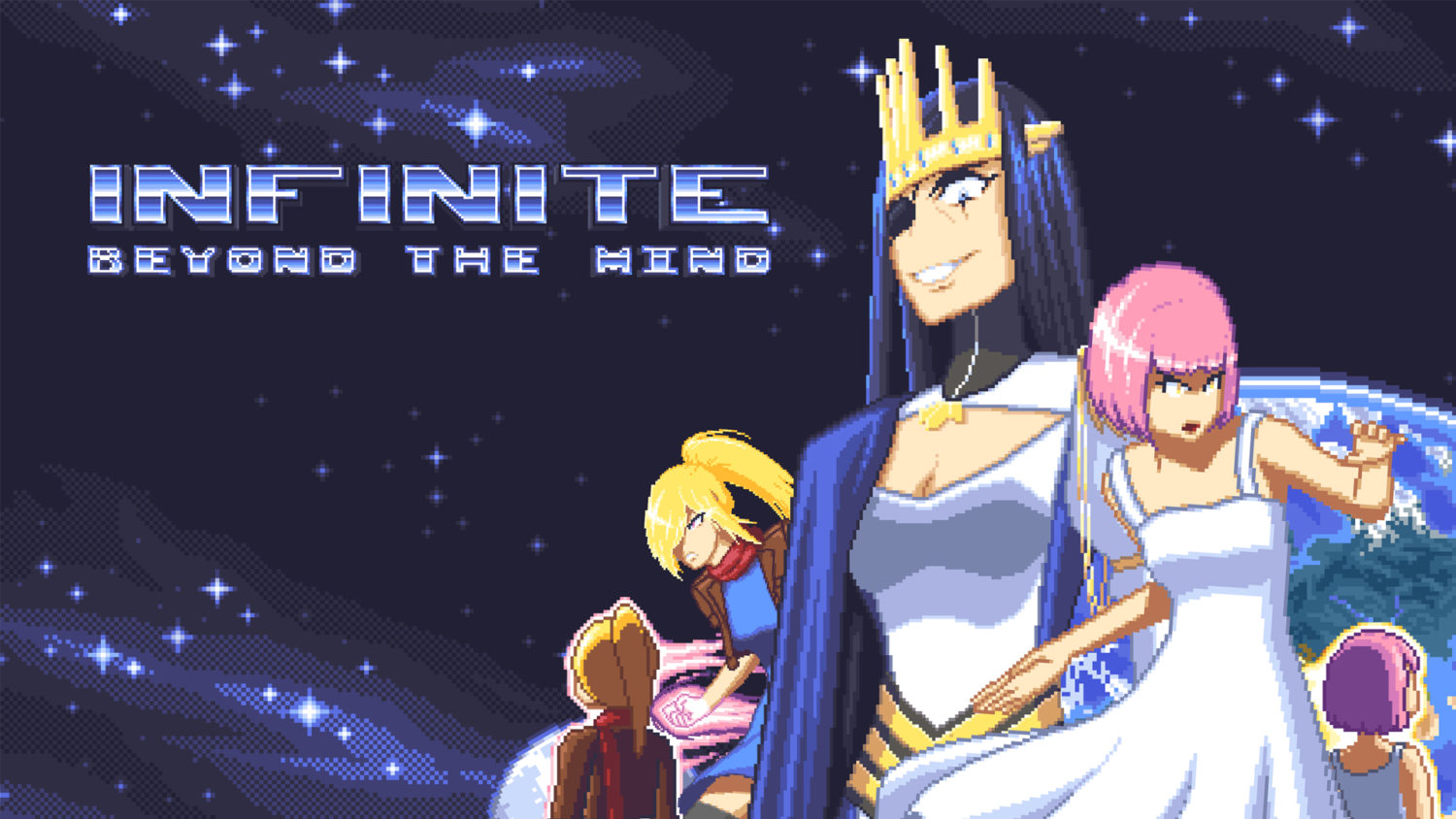 Infinite – Beyond the Mind is an action platformer from Blowfish Studios. This happens to be one of my favorite genres. There’s something about dodging enemies while nailing that tricky jump that makes me happy. Or maybe it’s just the rush of it all. Either way, Infinite delivers a solid platforming experience that falls just shy of being truly great.

You play the role of one of two sisters with special abilities, Olga or Tanya, who must fight their way to defeat the evil Queen Evangelyn. That’s about as deep as the story gets. During your quest, you take on a literal army, with soldiers of all types coming at you. Your weapon is your fist, which smashes through enemies as you dash, double jump, and wall-jump your way through 16 levels. 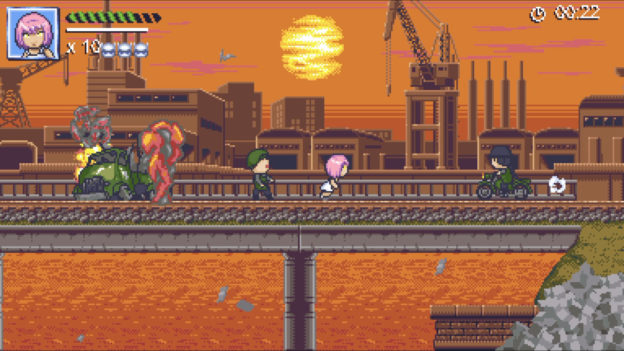 As soldiers, the enemies can be a little samey, with some variation in movements and weapons but little else. The boss fights make up for this, with interesting battles and downright tough competition, including a helicopter and a supersoldier with special powers.

Aesthetically speaking, this is a fantastic-looking game. I love the vibrant backdrops and varied environments, like the giant moon in the forest-like night levels, or the afternoon sun in the industrial zones. Each setting looks lovely in the crisp, retro-inspired way that makes SNES devotees like myself feel warm and fuzzy inside. 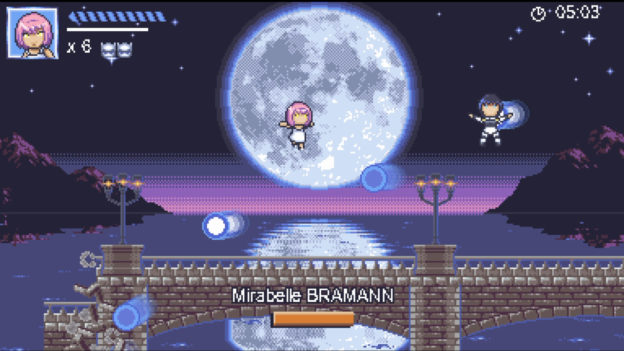 The sound is equally good, with some fast-paced tunes that keep you and your adrenaline pumping along at a swift pace. They’re catchy and bouncy enough to get stuck in your head without even realizing it.

The user interface is great, too – something I highly value in game design – with an easy-to-use menu that provides plenty of language options and save slots for multiple players. There’s a two-player co-op mode included, though I’m not sure why it sits separately to the solo game; it means there’s no drop-in, drop-out gameplay. 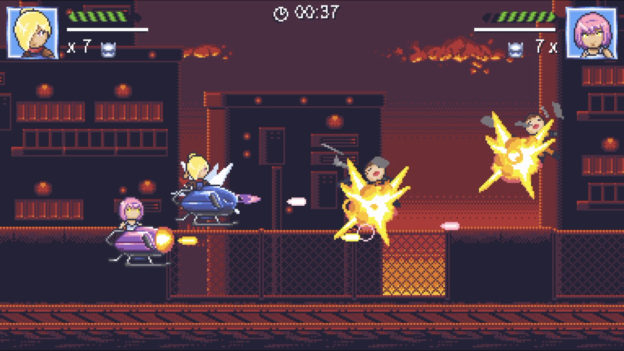 The main downside of Infinity is that, as lovely as the game is to look at, listen to, and play, there’s not a lot of depth to it. There’s little in the way of collectibles or alternate pathways, with mostly left-to-right movement. Some levels change it up, like one that lets you pilot an aircraft for some shooting action. Yet I can’t help but compare this with something like Shantae, which has sprawling platforming levels – this isn’t anywhere near as complex as that series.

Still, the gameplay itself is really good, with easy-to-use controls and precision platforming that works well. Jumps land where they’re supposed to; characters move as you’d expect. Enemies even aim at you when you jump, just to make it that little bit trickier. In short, it’s fun to play. But after finishing the game, I’m not sure how much more time I’ll spend with it.

You’re provided with a score at the end of each level, though it’s not clear how you achieved this – was it how fast you were, or how many enemies you killed? A better rating system could enhance the experience by providing a reason to revisit levels. Beating your (somewhat) meaningless score isn’t enough. Collectibles or upgrades would help add to the replay factor, too.

Overall, Infinite – Beyond the Mind is a good platformer; with a few additions, it would be truly great. Visually, it’s spot on, with matching audio to boot. The platforming itself is fast and fun, with some memorable boss fights. Platforming fans will find something to enjoy here and should consider purchasing; it just needs a little more variety and depth to make it a must-have title.

Infinite – Beyond the Mind is a fun and fast platforming experience, bringing with it some excellent visuals and audio. With a little more depth and variety, this would be a must-have title.