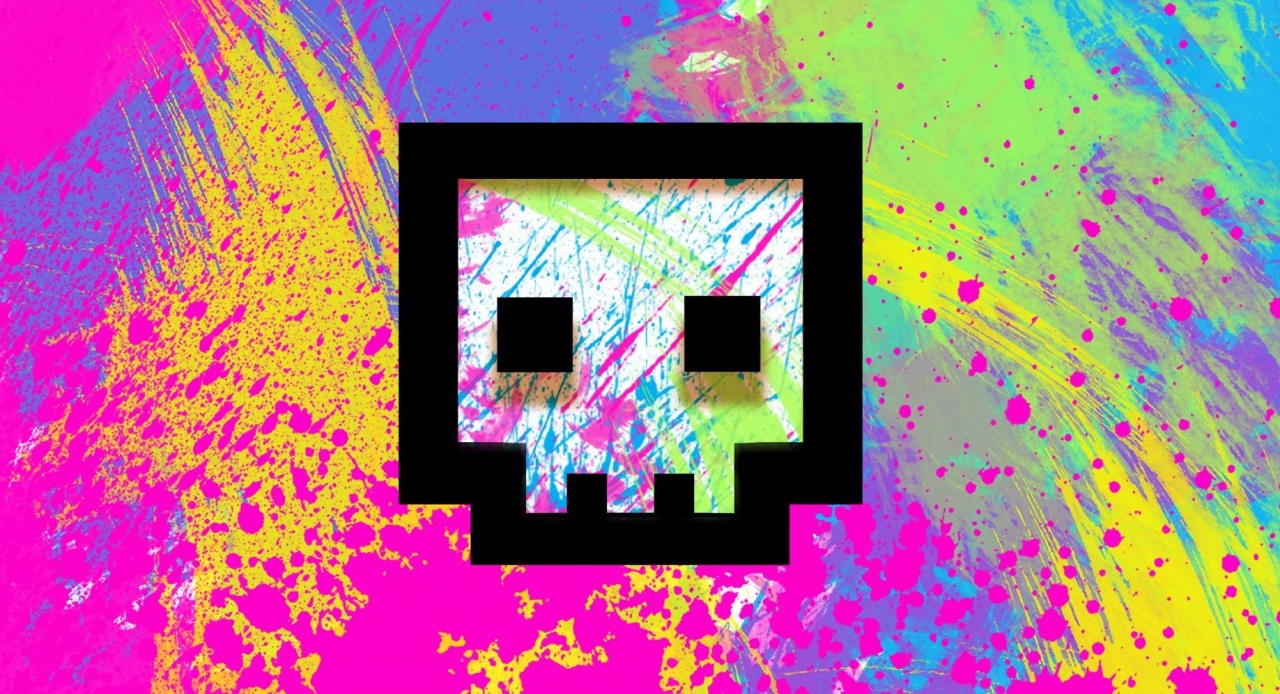 InkSplosion from Ratalaika Games is a simple twin-stick shooter involving splashes of color thrown over a black and white world. In the game, you control a white spacecraft of some kind that must shoot its way through endless levels in order to beat the highest score.

InkSplosion comes with five options: three modes, plus stats and achievements. The three modes are Classic Mode, Arena Mode, and Hard Mode. You’ll need to unlock the latter two by scoring 100,000 points, which is no mean feat. This simple game is over quickly, with only three hits until its game over. 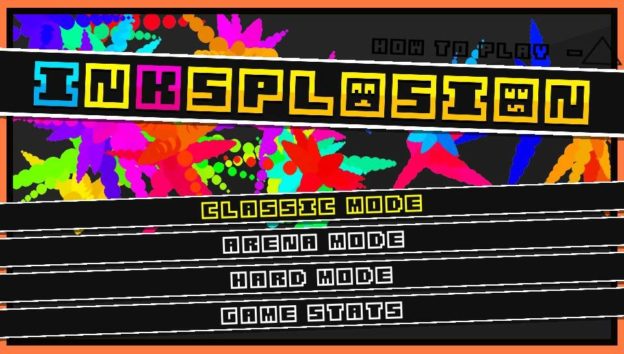 Speaking of simplicity, there’s no story to this game. Your unnamed spacecraft is given no reason to shoot these apparent enemies, nor vice versa. There’s no tutorial, apart from the concealed “How to play” option in the top of the menu screen – I say concealed because it’s written as black text on a black background. Even then, it only provides a static image of the controls.

There are only a few motions for your little craft: move, rotate, shoot or slow time. I found the movements imprecise and the rotations inconsistent, since sometimes my craft would rotate on its own. You start each level with a random weapon: normal gun, shotgun, rocket gun, or laser gun. They’re all very similar, apart from the laser which shoots through enemies. The shotgun was my favorite, since it projects three bullets at once. I found it much easier to play using the shotgun, and would have appreciated a choice in weapons.

I’ve mentioned the simplicity of the game, but it becomes apparent after a short time that there’s really no depth at all. The enemies all look the same and the levels, although randomized, appear indistinguishable from each other. Even the three modes are very similar. The achievements are basic and the stats useless, since they’re just a tally of the number of enemies you’ve killed. There’s no online leaderboard, no customization, no multiplayer, and basically no reason to keep playing this game other than to beat your own high score.

The one thing in this game’s favor is the unique use of color. Each projectile leaves a trail of ink behind it; your craft shoots in yellow, for example. This creates a field of exploding ink – hence the name, I suppose – which is certainly creative to look at, like a kaleidoscopic inkblot test. The audio is less memorable but generally effective, with plinking beats that add to the simplicity of the game’s overall aesthetics. 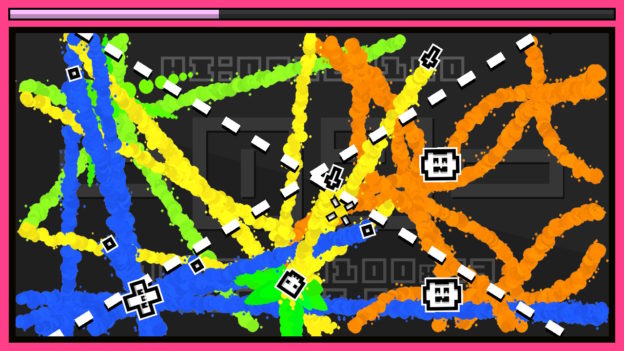 Overall, InkSplosion is disappointing. It plays more like a demo than a full-fledged game. As a basic shooter with limited options, it will not entertain for long periods. At $4.99, it’s simply not worth your time or money. Give this one a miss.

InkSplosion plays more like a demo than a full-fledged game. A fun concept as a basic shooter is presented with limited options and will not entertain for long periods. Give this one a miss.