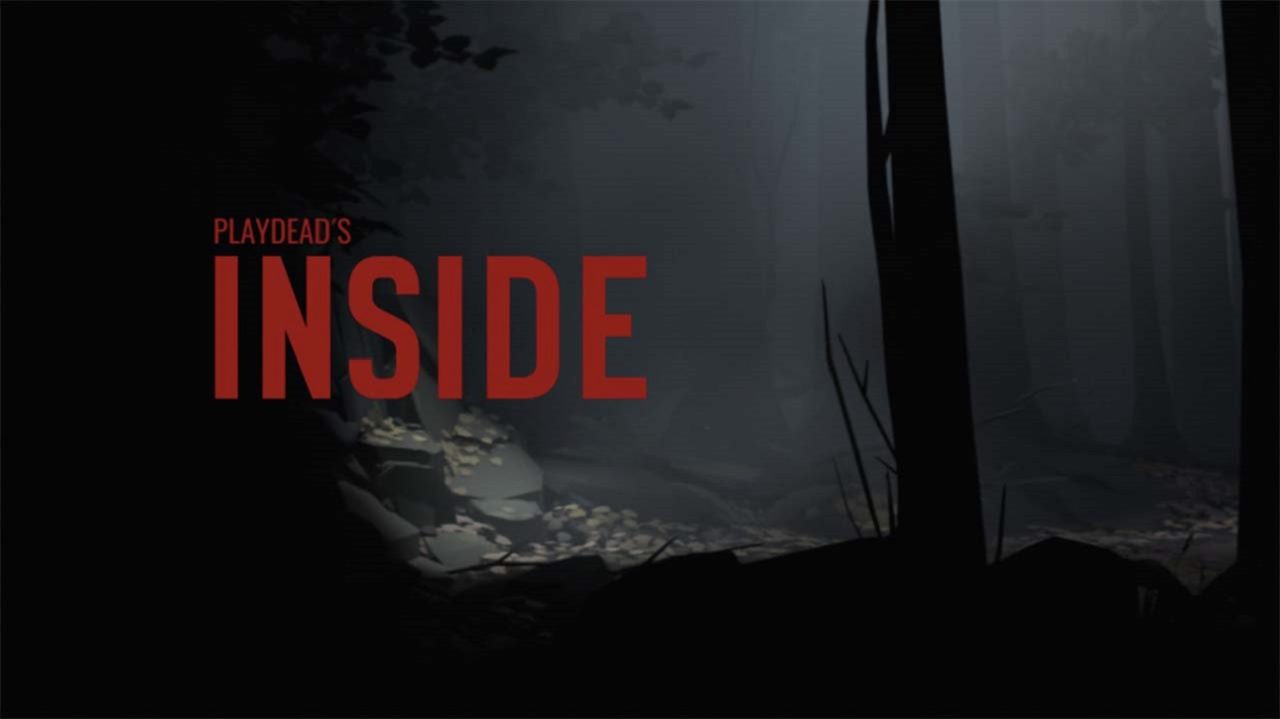 Inside throws you instantly into the heart of a tense and terrifying escape, without so much as a start screen to orient yourself. All the instruction you need is implied through the way your character moves.

The solitary boy, without backstory or context, shrinks into the shadows, cringing away from light and movement in the world around him. He instinctively ducks behind trees as you move him forwards. It is all you need to realise that he is in danger and it is up to you to get him to safety.

While it’s an abrupt way to start a game, it suits it perfectly.

Inside is an intensely creepy game. The atmosphere is thick and heavy, and you genuinely feel the boy’s fear as he flees whatever is chasing him.

The atmosphere distorts the things that are typically scary. Your character shies away from open spaces and bright lights. He is safer in the shadows and darkness, where he is crowded by trees and refuse. This makes the whole game so much more unsettling than you expect going into it.

The design is simple but effective. It uses a near monochrome art style, punctuated only by the red jumper your character wears. It makes him easy to see in the grim setting, but also adds to the terror of the situation by reminding you just how visible he is to those who are hunting him down.

There isn’t a lot of complexity to the controls. In terms of format, the game is a basic side-scroller. You tell your character when to move, to jump and to interact with objects around him by pushing or dragging them to where he needs them. Apart from that, you don’t have a lot of control over much else, including how fast he runs.

This makes the game really easy to pick up, and also adds to the sense of helplessness and fear, given how little you can influence the world around you.

The use of detail in every element of the game is fantastic. Often, your first clue that you are in danger could be the rumble of an engine or dogs barking faintly in the distance. It’s important to make the most of all your senses to stay alive when playing Inside.

The tension pays off in a genuinely chilling way if you ever do succumb the brutal threats of Inside. If you miss a jump, the boy will crumple at the bottom of a pit with his limbs splayed out and broken. Grown adults are prepared to tackle him to the ground and beat him to death or drown him. Dogs on his tail will tear him apart if they get the chance.

Inside has kept a lot of things simple, but has put an incredible effort into the things that matter. There is a good reason that it is one of the leading indie horror games of this generation and it is a joy – albeit a terrifying one – that it has made it onto the Switch.

Inside is a side-scroller with creative puzzles punctuated by a thrillingly tangible sense of tension.