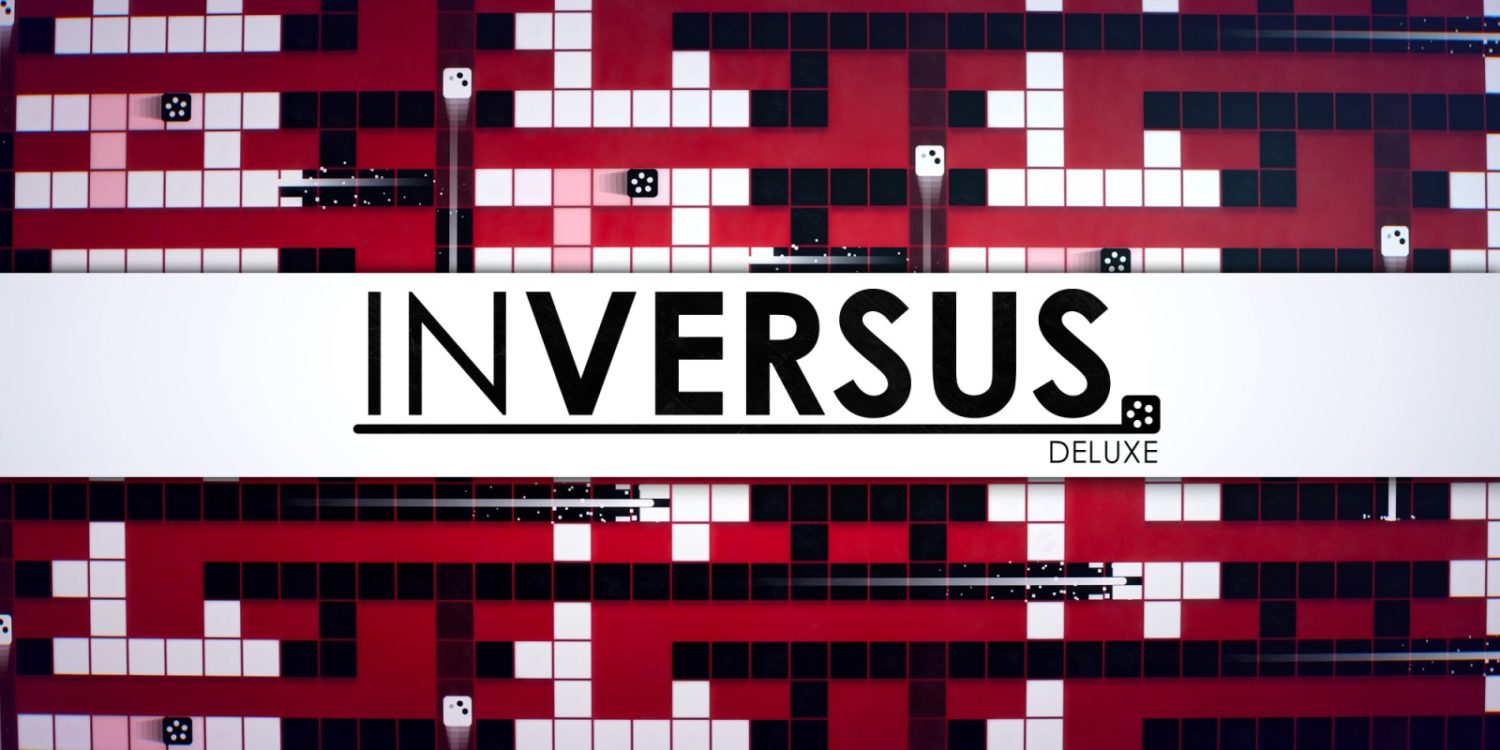 It’s amazing how a simple game, with super-simple aesthetics, can look and play as well as a big budget title. INVERSUS Deluxe looks polished and refined, and works really well. It’s easy to pick up and play, but challenging to master. Let’s dig a little deeper to find out why I enjoyed this game.

INVERSUS Deluxe begins with a simple, effective tutorial to guide you through how to play. You control a black or white square – like a pixel, really – through various rooms, all made of black and white tiles. The catch with INVERSUS – and its most clever and addictive aspect – is that your square can only move through tiles of opposite color; same-colored blocks are barriers, though these can be shot with your weapon. So, a white square can move freely through black blocks, but cannot pass white walls.

There are two main modes to choose from: Versus and Arcade. In the main Versus game, you’re tasked with destroying your enemy – a pixel of opposite color. One shot is all you need to take them down, but they have the opposite challenge – they can move through your barriers, and your space is their wall. Shooting your wall switches its color, meaning you can open up paths for yourself and block your adversary. It’s a very clever concept. 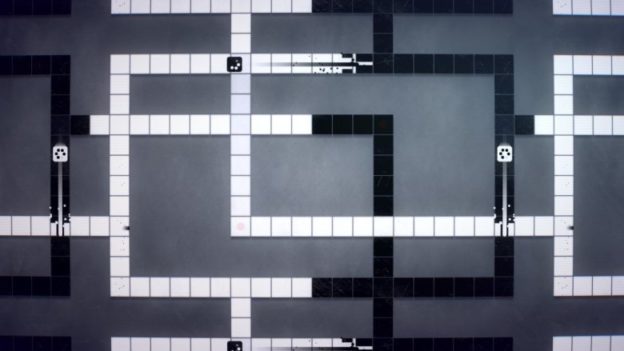 The controls are straightforward: use the D-pad to move up, down, left or right and the A,B,X,Y buttons to shoot in one of those same four directions. The directional shooting takes a little getting used to, and maybe a one-button shot would have made things slightly easier for newcomers. You can hold down a fire button to increase its power and take down multiple rows of blocks, instead of shooting in a straight line. You also have limited ammo, which makes things more tactical, since you can’t simply rapid fire your way to victory. Your shots refill slowly over time, and occasionally there are refills available to collect, but generally you’ll want to choose your shots wisely.

Arcade mode, while secondary to the main game itself, is actually my favorite. Here, you’re not shooting at a friend, you’re firing off shots to destroy multiple red CPU squares that come in from all angles. They initially move slowly and, instead of shooting at you, they simply change their surrounding blocks to your opposite color – meaning that if they get too close, you’re enveloped in walls and you’re destroyed. The tension mounts as more and more of them relentlessly approach and their pace quickens. You have three lives in this mode and a friend can join in to help out, though you’ll have to share those three lives, so be careful! There are a lot more ammo refills in this mode, so a rapid-fire approach is encouraged. 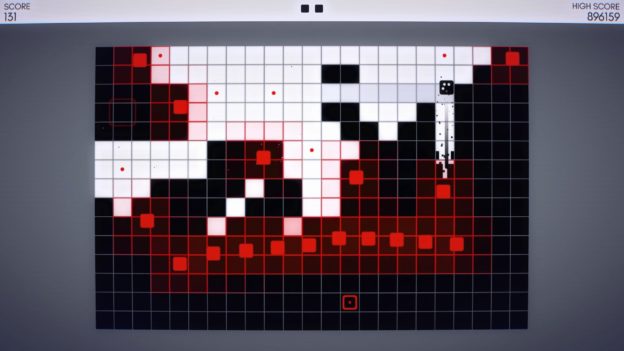 INVERSUS Deluxe is made for multiplayer sessions, but what do you do if you’re a single player? This game’s got you covered, with options for just about any configuration of players. You can play online with anyone. Plus you can play both modes solo, with CPUs filling in in Versus mode. This is definitely a more challenging path, with the CPU quite the formidable foe. There are also online leaderboards to keep players coming back for more competition.

Overall, INVERSUS Deluxe is a fun and addictive little game that packs a lot into its seemingly simple premise. This game feels right at home on the Switch, with its fast-paced gameplay well suited to the portability of Nintendo’s hybrid console. It’s made for multiplayer sessions, but there is fun to be had for single players too, with plenty of online options. If you’re looking for a different type of shooting experience, I recommend giving INVERSUS Deluxe a spin on your Switch.

INVERSUS Deluxe is a fun and addictive little game that packs a lot into its seemingly simple premise. It’s right at home on the Switch, with fast-paced gameplay over two distinct modes, and plenty of options. It’s made for multiplayer sessions, but there’s fun to be had for single players too.