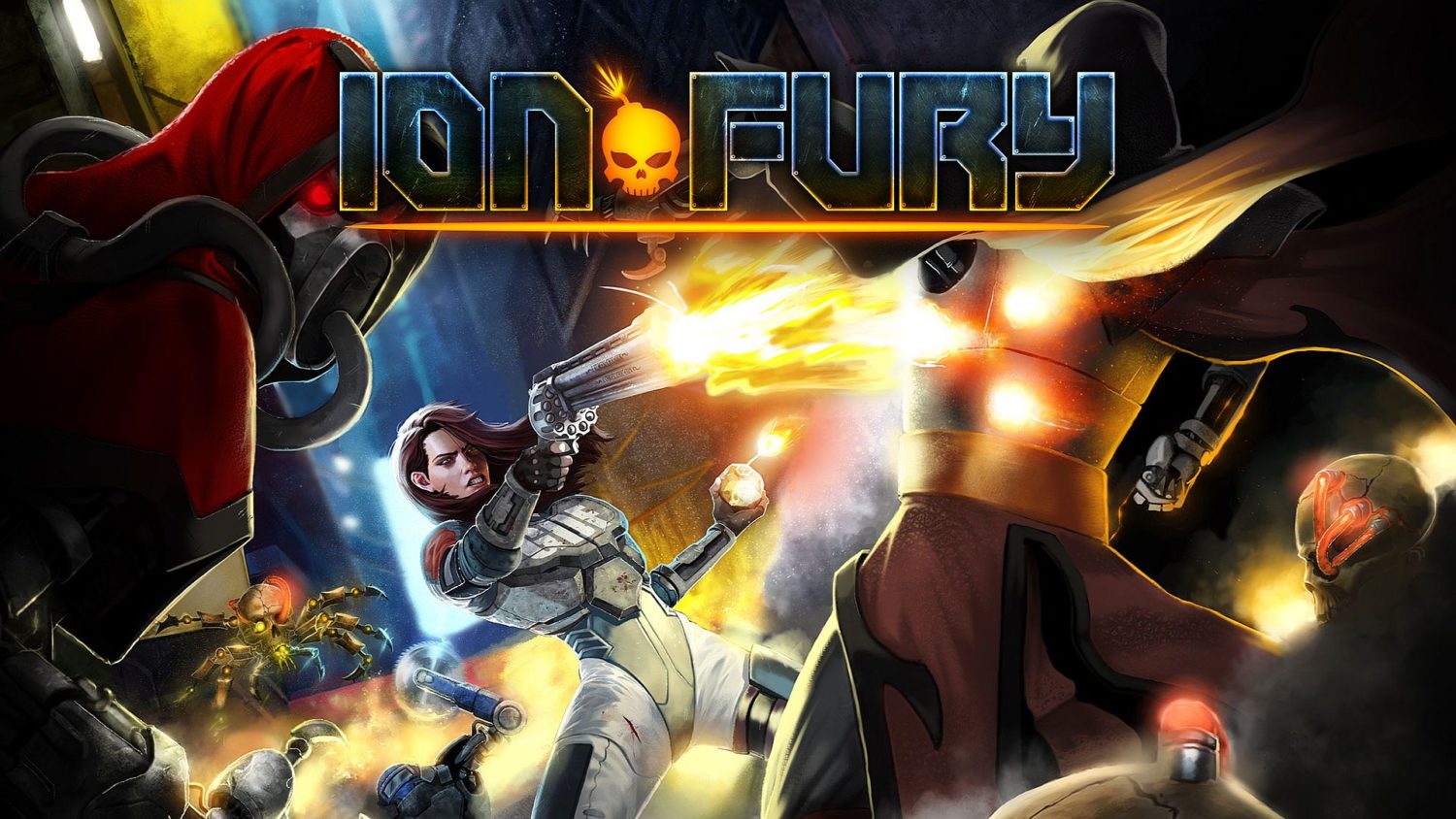 Ion Fury is the second outing for protagonist Shelly “Bombshell” Harrison. We first saw her in Bombshell, a top-down action/shooter that was unfortunately a swing and a miss. This prequel, however, sees publisher 3D Realms leave behind Unreal Engine 3 and a top-down viewpoint. Instead, they go back to their roots with a single-player, 2.5D, first-person shooter in the vein of Duke Nukem 3D (also published by 3D Realms), that feels like it’s been plucked straight from the ‘90s. Developer Voidpoint has perfectly captured the feeling of a ‘90s shooter, mostly down to the use of the Build Engine, the same engine used for Duke Nukem 3D. 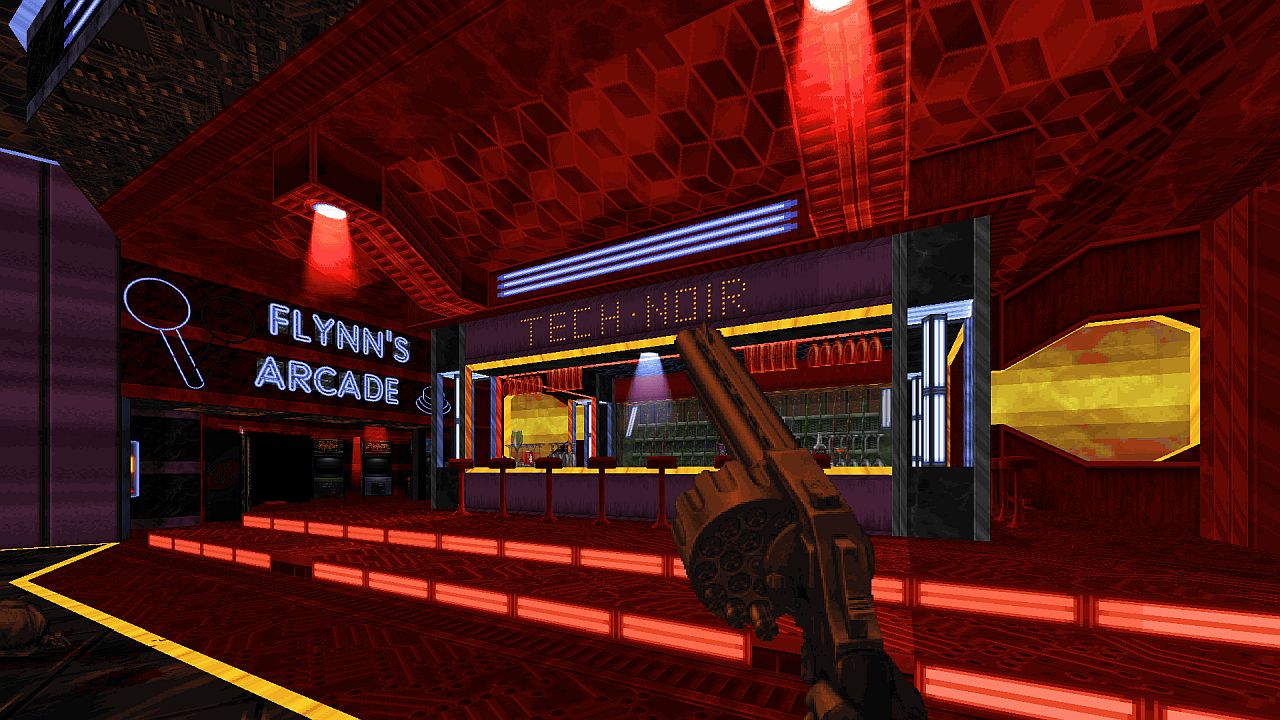 Ion Fury has a bare-bones plot, in which Shelly is on a mission to hunt down Dr Heskel, destroying any of his robotic minions that get in her way as he lays siege to Neo DC. In truth, no one is here for the plot — it’s merely an excuse to justify destruction as you work through the labyrinthian areas. Neo DC is stunning, leaving behind those dark and nondescript settings that this style of game was associated with back in the ‘90s. The city is iridescent and drenched in neon lighting, especially early on. It’s a shame that this aesthetic doesn’t last — the further you progress through the game, the stages grow increasingly dingy. Incredibly, though, it manages to sustain the vibe of the ‘90s games it’s emulating.

Ion Fury isn’t just great to look at, it’s also great to play. The action feels like it’s turned up to eleven, and the sheer speed everything moves at is enough to give you whiplash. It’s high-octane and non-stop, barely giving you a minute to breathe in battle. Not only is the game fast-paced, it’s also incredibly challenging. Much like the games it’s inspired by, there is no tutorial, no slow start and certainly no hand-holding. From the moment it begins you’re thrown into the action and it never slows down. One downside, however, is that the bosses do seem to be sponges for bullets — they often outlast their welcome, and there’s sometimes a significant leap in difficulty from enemy to enemy. The bosses absorb an obscene amount of damage and, on top of that, they’re accompanied by swarms of regular enemies, just in case it wasn’t difficult enough. But, I’m not one to back down from a challenge. 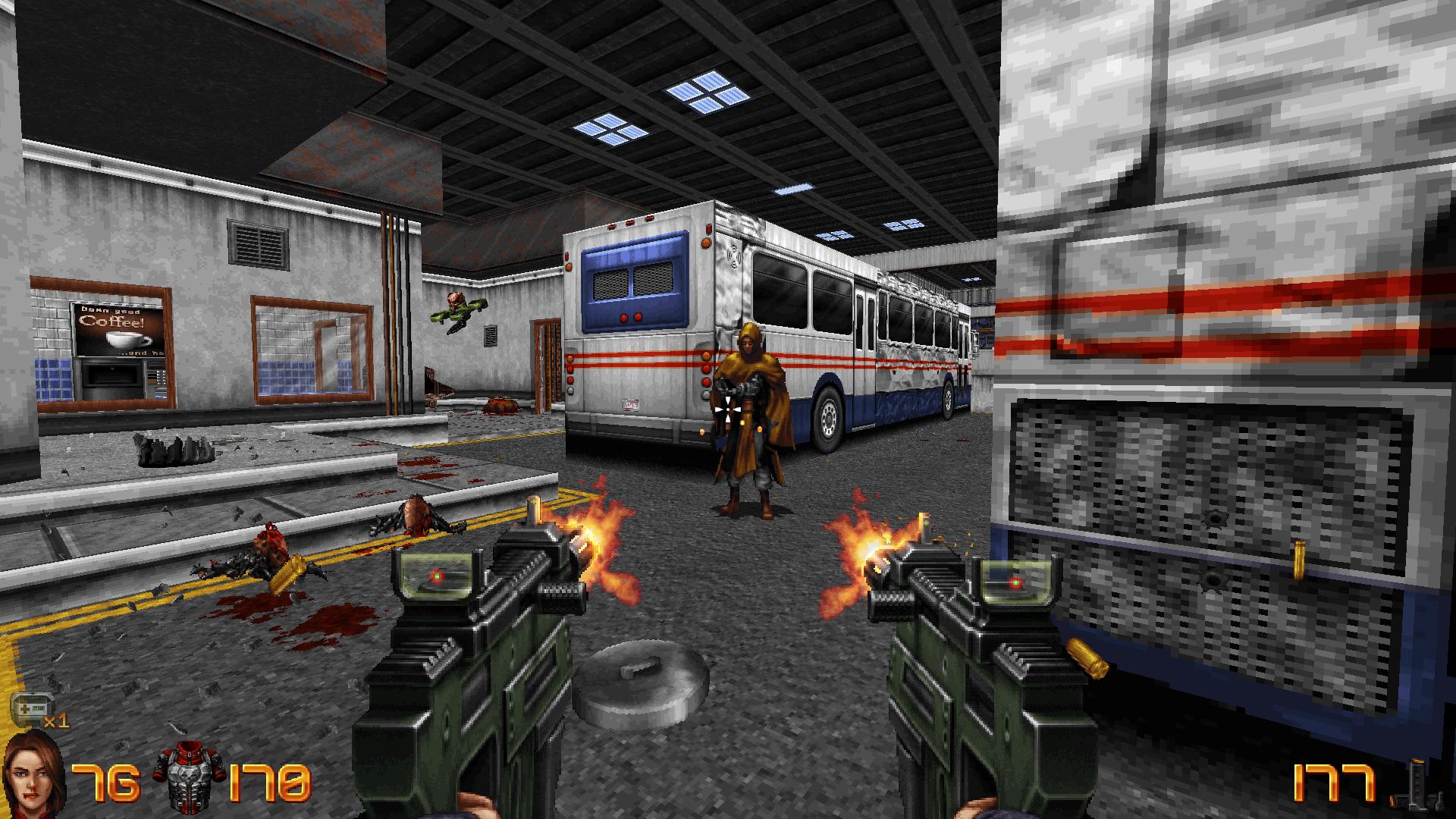 When you aren’t sinking what feels like a never-ending amount of bullets into bosses, you’re exploring intricate areas that are absolutely bursting with secrets. Around every corner there is something to find or pick up, be it some armour or the key card for an ominous door you’ve been itching to open. All of the areas are incredibly well-designed and interconnected. On many occasions I would open a door to find myself somewhere I had already been, but now with whatever I needed before to progress through that area. Although the areas are designed with plenty to find and hunt for, it is particularly easy to get lost. It would appear that things like waypoints that most modern shooters utilise do serve a purpose, and wouldn’t be missed in a game such as this.

Waypoints aren’t the only thing the game could’ve used from the 21st century — the variety in weapons, sadly, is severely lacking. There are eight weapons in total, which should seem like enough, but unfortunately we have been spoiled in the modern era of shooters by games like the Borderlands franchise, so eight weapons just doesn’t feel substantial. An additional reason for this becomes clear early on — the shotgun, aptly named disperser, is simply the best weapon. You will try other weapons throughout your playthrough, and they have their purpose, but the disperser sits at the head of the table. What does add a nice slice of variety to the weapons, however, is that they have a secondary function. For example, the aforementioned disperser has a grenade-launcher mode that can be activated by pressing the left trigger. 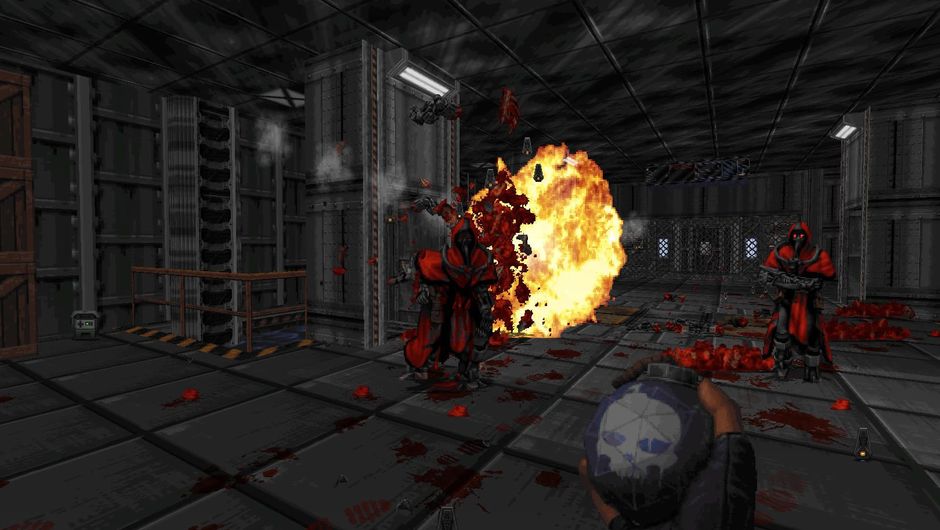 Ion Fury isn’t merely a love letter to the ‘90s shooter, it stands on the front lawn of the ‘90s with a boombox on its shoulder, begging for the ‘90s to return. To Ion Fury’s credit, it not only pulls off its vision, but does so with class, making it a blast to play.

Ion Fury is a must play experience for anybody who wants a challenge and misses the aesthetic of a ’90s first person shooter.