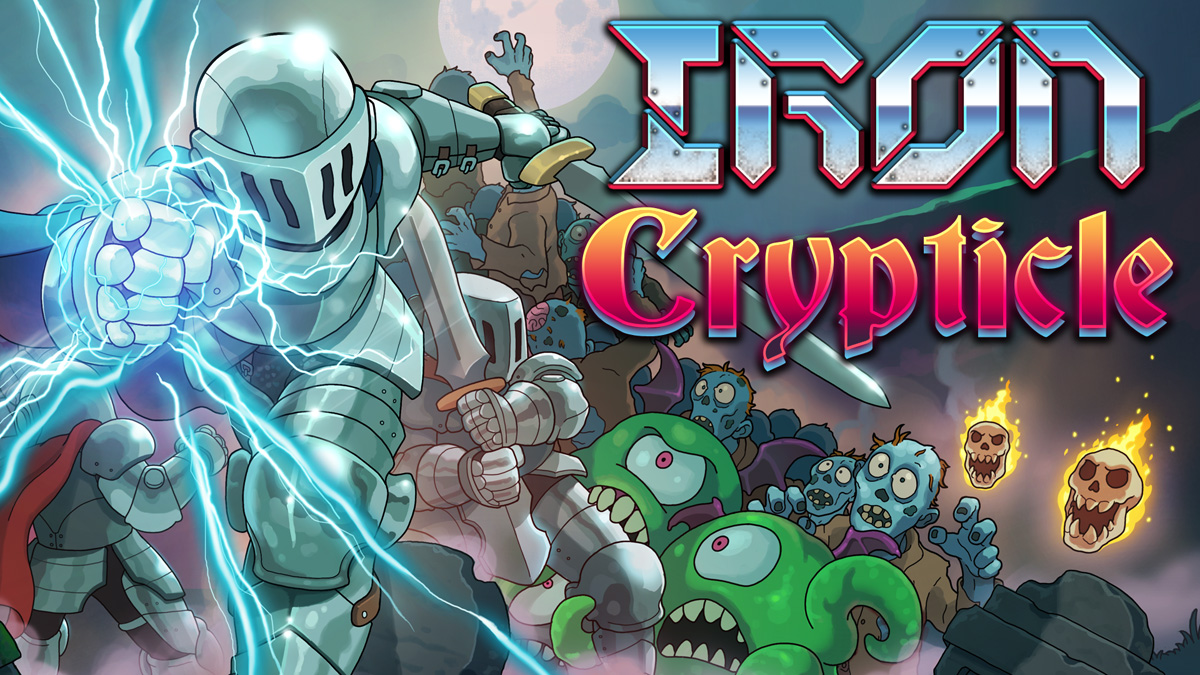 Iron Crypticle is a an arcade action game with beautiful 16-bit style graphics, providing a modern take on a retro experience.

There are two main modes in Iron Crypticle, a main adventure mode, and an “Endless” survival mode. The main adventure mode has you dropping down floors which is basically the method of how the level increases. This, coupled with three different difficulty settings, provides plenty of challenges for players of all levels.

Within the main adventure mode, there are boss battles at the end of the floor before you descend upon the next one. There are also tricky side-scrolling mini-games which incentivise you to collect money. It adds an interesting twist, and choosing which room you would like to go into next makes the game feel less restricted. You can also collect coins along the way to trade with a shop run by a cat for weapon power ups. The power ups feel particularly good and their limits in terms of time and quantity provides a solid balance to the game.

“Endless” mode is structured one room after another as an onslaught of enemies, as you attempt to survive for as long as possible for a high score. While the main adventure mode was fun, “Endless” mode felt more enjoyable and addictive. It perhaps even felt fairer in terms of going for a high score and it is a much quicker pick up and play option. It really hit that arcade inspiration that it is conceived from. 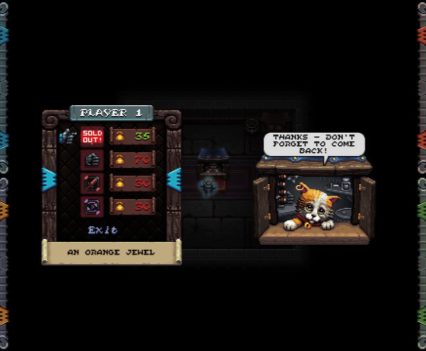 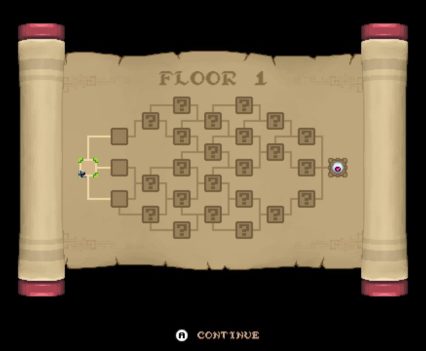 Up to four players can play either mode simultaneously, and it would be therfore be unfair to comment on that experience having not been able to test it. Local multiplayer feels like it would be a great addition to the game and something a group of friends could enjoy in small bursts.

The gameplay in general is solid, but the biggest stumbling blocks originates from the shooting mechanics. Players will use the left stick to move the character, while the right stick is assigned to shooting and aiming simultaneously. It sounds good in theory but you can only shoot in eight directions, which is really irritating as enemies swarm towards you from all angles. It means you have to align yourself in one of the eight directions to be able to damage enemies, making it feel a bit restrictive when compared to character control and unintuitive. It extracts a lot of enjoyment from the game. 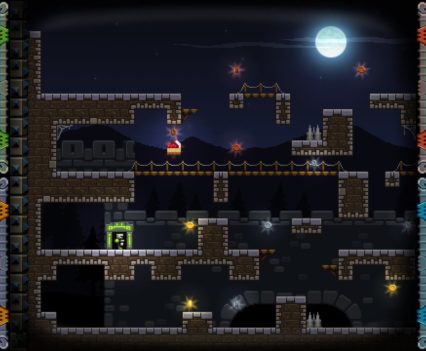 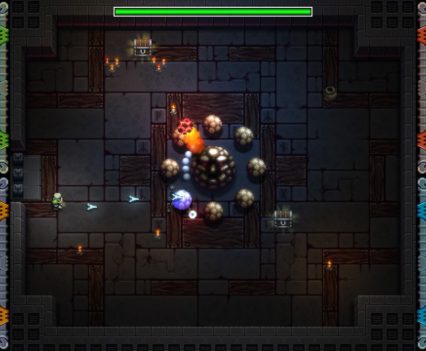 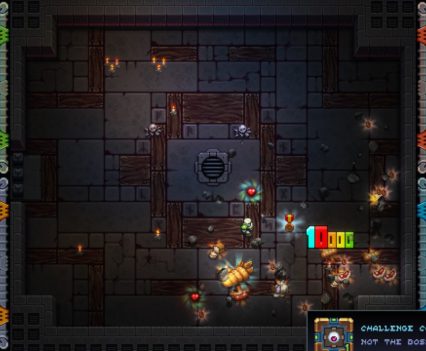 With the control scenario in mind, the tactic deployed to play the game was something akin to a dynamic version of Space Invaders. By positioning yourself defensively in one section along the bottom of the screen and shooting upwards, this helped to provide a reluctant compromise in regards to the right stick controls. It did mean a disadvantage when you defeated a group of enemies a distance away, making it harder to collect the spoils they left behind upon their death though..

The enemies provide plenty of variety and stimulus to react to, some freeze your movement and throw lava balls so you have to stay pretty alert to danger. The ‘Fist’ power up is especially effectively in a pinch when you are surrounded by adversaries.

The music fits the atmosphere nicely and it is easy to listen to time after time during a play through. The video options are really impressive, with great implementation of scanlines and TV effects, touching further on a retro vibe intertwined with a modern experience.

There is a  ‘Challenges’ section which provides a screen with accolades you’ve achieved and a note unlocked to describe what it was you accomplished. There doesn’t seem to be any communication to notify you if anything has been unlocked, which is disappointing.

The controls are the biggest let down in terms of the right analogue 8-directional aim. Fix that, and this is a game worthy of some solid playtime and fun. It’s a constant annoyance which punishes you in a way that is consistent amongst all players, yet it still feels unfair and unintuitive. The game is priced at $9.99 on the eShop though, and if arcade style games like this are your thing, you will find a lot to sink your teeth into here, especially the ‘Endless’ mode as you jostle for positions on the leaderboards.

There’s plenty to enjoy with Iron Crypticle. It will definitely suit fans of retro aesthetics and arcade-esque titles, but shooting using the right stick in only eight directions is a hindering experience which is likely to frustrate players, in an otherwise solid game.