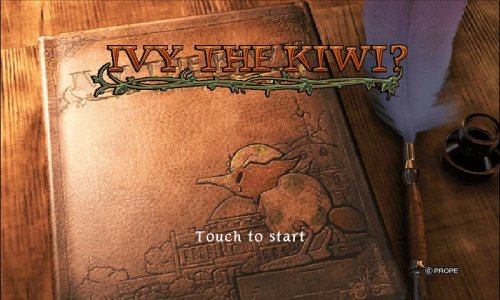 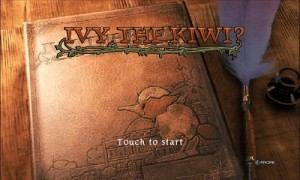 Ivy the Kiwi, which released simultaneously for the Wii and DS, could be one of the simplest games for either platform. The gameplay for each is based on simple controls that manipulate your characters movements around various levels.

Ivy, who is trying to find her way home to her mother, is controlled automatically by the game. The way you interact with Ivy is actually by drawing vines on the screen to move her in various directions. In the case of the Wii version, you use the Wii remote to guide Ivy using vines over various pitfalls and obstacles. You can collect items such as 1UPs and feathers along the way to the goal. Collecting more features and finishing faster give you higher scores. After you finish a level, you simply progress to the next level and repeat.

The DS version is basically the same as the Wii version only this time you’ll control the game using the stylus and touch screen. The controls are very intuitive but just like the Wii version, it feels very basic. Once you progress the level, there’s really not much to warrant another round in the same level.

The Wii version has both co-op and versus modes for up to 4 people (split-screen) while the DS version just has 2 versus modes: Race to the Goal and Find the Medal Challenge.

Ivy the Kiwi? is one of the most basic Wii/DS retail games I’ve ever played. Not only could Ivy the Kiwi easily have been a WiiWare or DSiWare game, it could’ve easily been a $0.99 cell phone game. There’s really nothing here that warrants the $30 price tag of the Wii version or even the $20 price tag of the DS version.