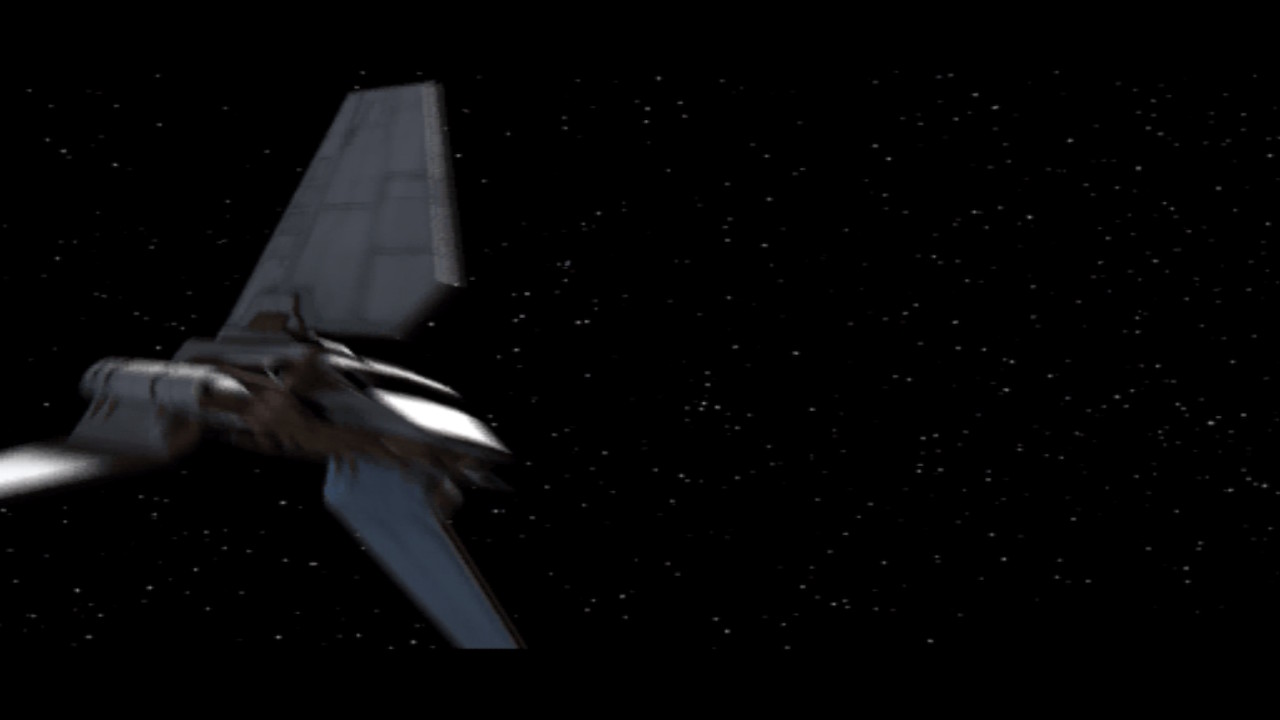 I remember games from my teen years vividly. The graphics were the best for their time, and the combat mechanics were sometimes sloppy. “Star Wars Jedi Knight: Jedi Academy,” which I’m going to just call Jedi Academy for short, is one of those games you might remember fondly for the same reasons. But can it stand the test of time? 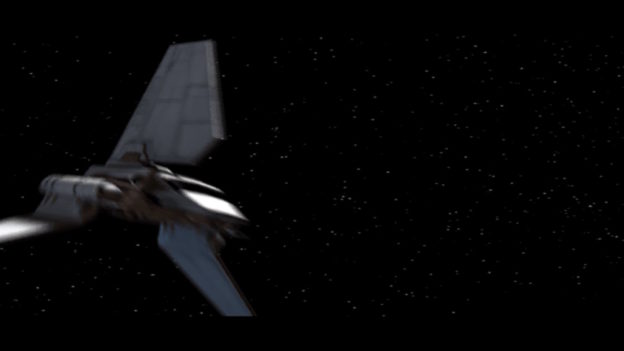 In 2003, Jedi Academy released on PC and the original Xbox console with a positive response from Star Wars (SW) fans and gamers alike. (It’s technically the last of the Star Wars: Jedi Knight series, but you can play this without having played the others.) In Jedi Academy, you are the character named Jaden, who is on the way to Luke Skywalker’s Jedi Academy to begin training. You meet your soon-to-be best friend, Rosh, and crash land after an assault on the transport taking you to the academy. This crash landing gives you a little taste of the exploration and combat you’ll experience in the rest of the game. And despite its clumsiness, it was a good introduction. 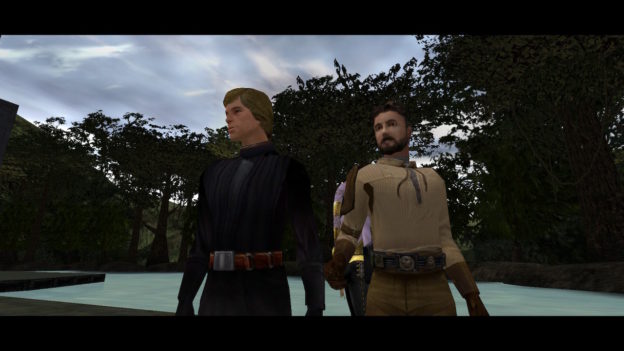 The story is one I appreciate from the SW universe. You’re working with your mentors to take down a Sith cult, the Disciples of Ragnos, who have planted their influence across the galaxy. Overall, this story was well executed on, with familiar settings. You’re even given a character creation screen with a simple set of choices: race, skin tone, gender, outfit, and Force Crystal. I got to make a fantasy Twi’lek persona for the game.

I enjoyed the voice acting and the attempts at cutscenes—that, compared to what we have today, felt stilted and choppy—but this port doesn’t feel as if all of it was made for the Nintendo Switch. At the very least, it wasn’t made for modern TVs. 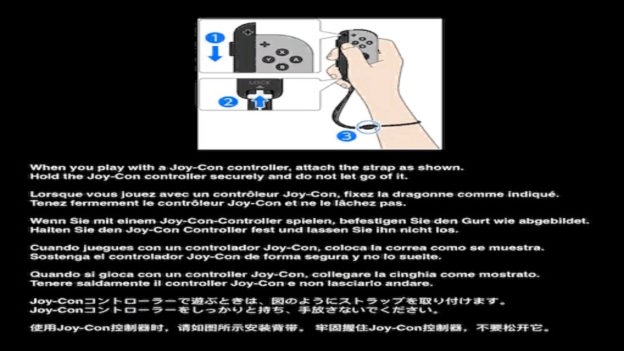 The opening parts of Jedi Academy that show off the developers’ branding were slightly distorted and stretched across my screen. It was clear the game was not optimized for displays of our age. Even the Joy-Con instructional message at the beginning of the game looked noisy and old. I’m not sure if Activision did this on purpose—as a joke about how old the game is—or if when they added in that screen, they didn’t re-calibrate the image. However, when the game started up, it felt less stretched, and they even added in some more Switch-specific controls such as motion control. I turned this off immediately, though. Any time I would fidget a little, my aim—which was already way too sensitive even after adjusting—would fall completely off of an enemy. 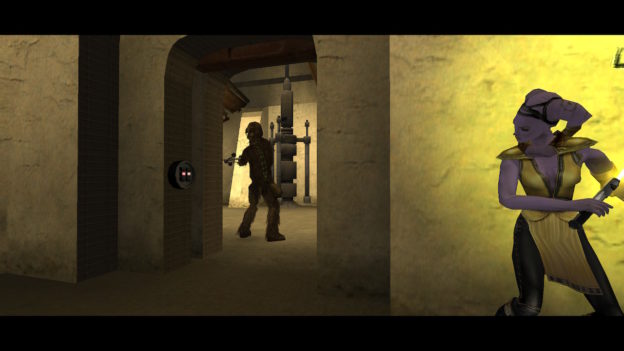 The swing radius of your character was wildly uncontrollable, and sometimes your character even did tricks that might fling you off of a platform, without your input. There is a target to help you keep aim, but because of the sensitivity of your camera and movements, keeping on an enemy was a difficult task. However frustrating this was, it wasn’t unfamiliar to me.

Games from the ‘90s and 2000s worked off of some interesting mechanics to try to emulate agility. We saw this a lot with Sonic the Hedgehog—as a popular example. To make the player feel as though they’re going fast, developers jerked the sensitivity all the way up the scale and created this oil-slick effect so you slid around a lot—mostly out of control—but so fast that you felt like the supersonic hedgehog. The same can be said for Jedi Academy. 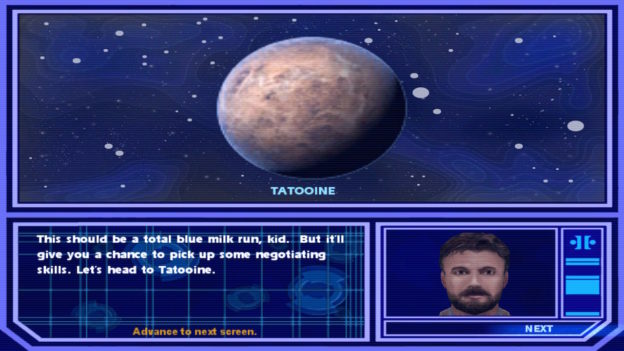 Defeating enemies wasn’t always difficult, though. The Sand People couldn’t attack you without first throwing their hands over their heads and screaming at you—easy target. Then there were enemies with heavy duty laser guns and crouched on the ground that made your tall character somehow just miss and swing over their heads every other hit. You get more than just a lightsaber, but even when you’re on target, it took more shots than seemed reasonable to take an enemy down. It just never felt quite consistent.

Oh, and if you’re wondering how this is handled in the multiplayer. Well… Take everything I just told you but then hand like 20 chaos gremlins lightsabers and let them loose in a room to fight it out. It was sloppy, it was confusing, there was lots of hilarity, but it wasn’t what I’d call a level playing field. Don’t go into any multiplayer mode expecting a real battle. But go in for the chaos, if you’re interested. I am not sure if they rectified cross-platform play in this game, but I know from previous ports, longtime PC players are known for hunting new arrivals. 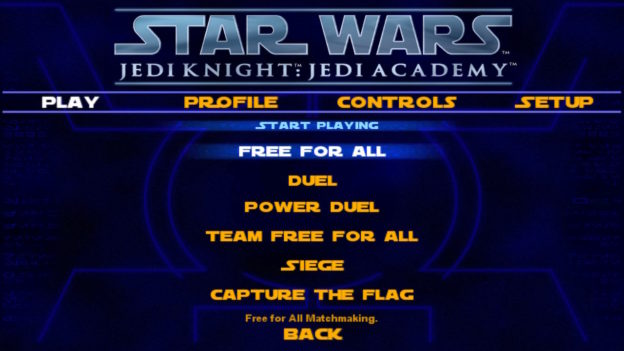 Exploration was fine in the game, but any use of Force Speed did cause you to slide right off of a platform like melted butter. Other times, I would clip into a corner or obstacle as I was trying to get by. Still, the game did offer a little more than I expected, such as burn marks every time my lightsaber was out and touched something, or me getting caught in a doorway because of said saber. Many games back then just pretended the item you were holding was invisible and impervious to its surroundings, so it was nice to see that extra touch. 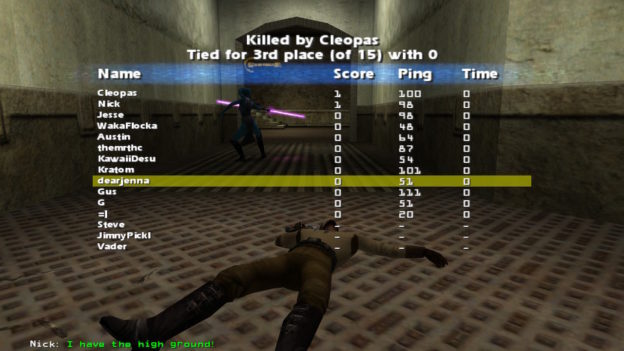 If you’re someone who enjoys the games we had in the early 2000s, or you played Jedi Academy back when it first released, I think this game offers quite a bit of nostalgia. And even with all of its faults, I found ways to cheese the system or use the Force in fun ways to get through the missions. I’d keep playing this one, but I don’t know that it’s an accessible title for gamers who aren’t fully versed on how games in 2003 played or are expecting a current-gen SW gaming experience.

I think this game offers quite a bit of nostalgia. And even with all of its faults, I found ways to cheese the system or use the Force in fun ways to get through the missions. However, as fun as it was, I don’t know that it’s an accessible title for gamers who aren’t fully versed on how games in 2003 played or are expecting a current-gen SW gaming experience.